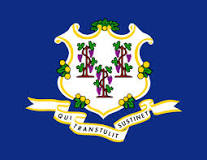 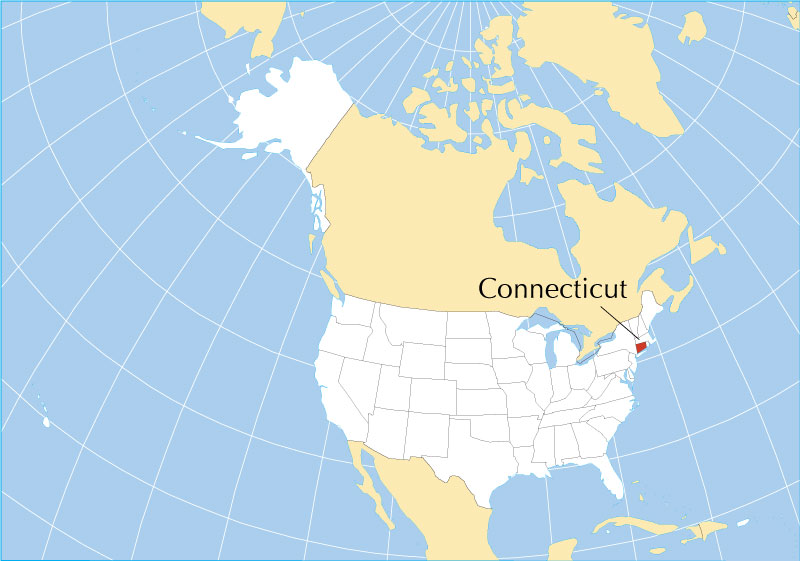 Where in the United States is Connecticut? Location map of Connecticut in the US.

Connecticut is one of the six New England states; it is situated in the northeastern corner of the United States. The small state borders Massachusetts in the north, Rhode Island in the east, and the State of New York in the west.
In the south, Connecticut is bounded by the Long Island Sound, an inlet of the Atlantic Ocean.

Connecticut Colony was one of the Thirteen Colonies that revolted against British rule in the American Revolution. On the 9th of January 1788, Connecticut ratified the U.S. Constitution; it was the fifth of the original 13 states to join the Union. 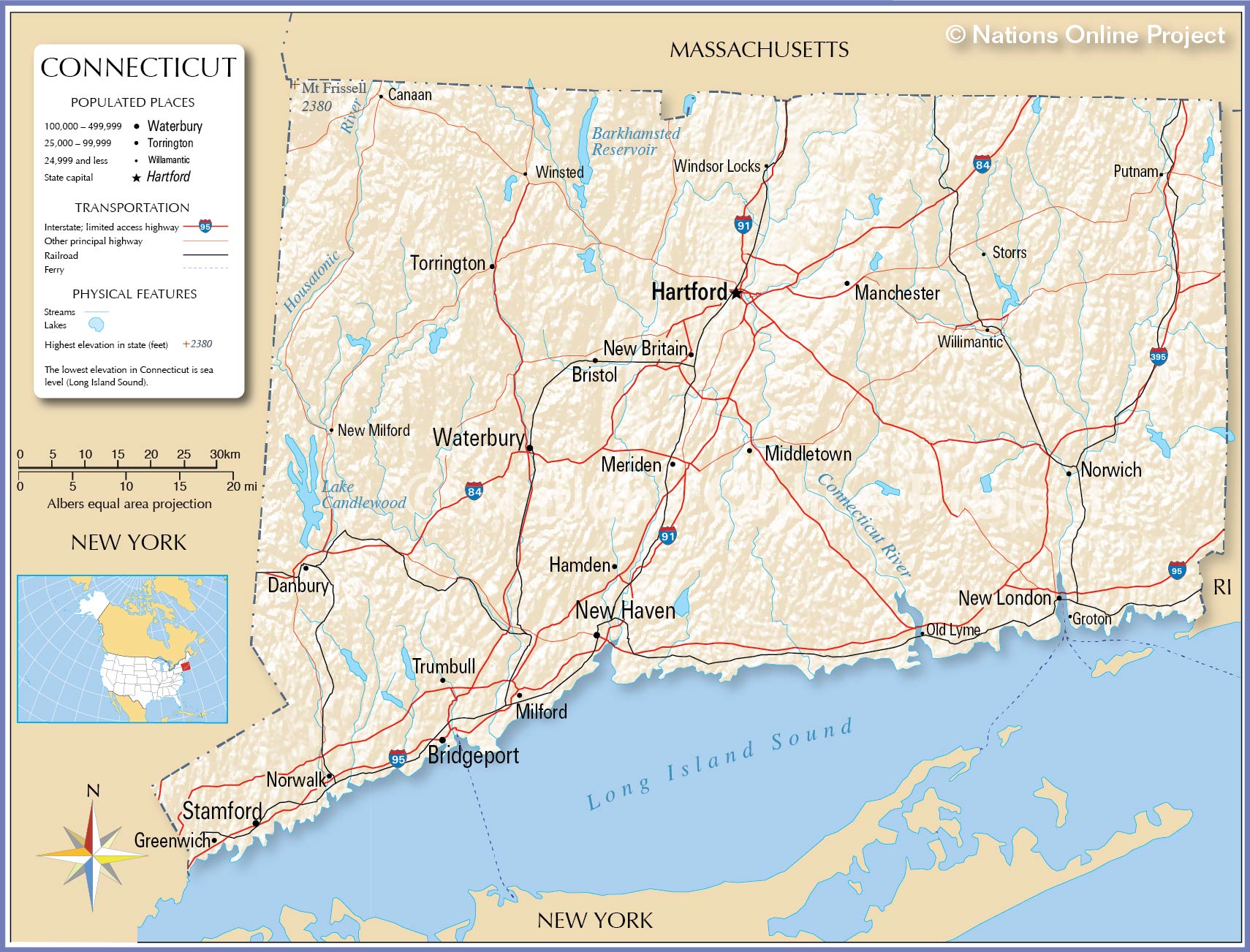 The detailed map shows the US state of Connecticut with boundaries, the location of the state capital Hartford, major cities and populated places, rivers and lakes, interstate highways, principal highways, and railroads. 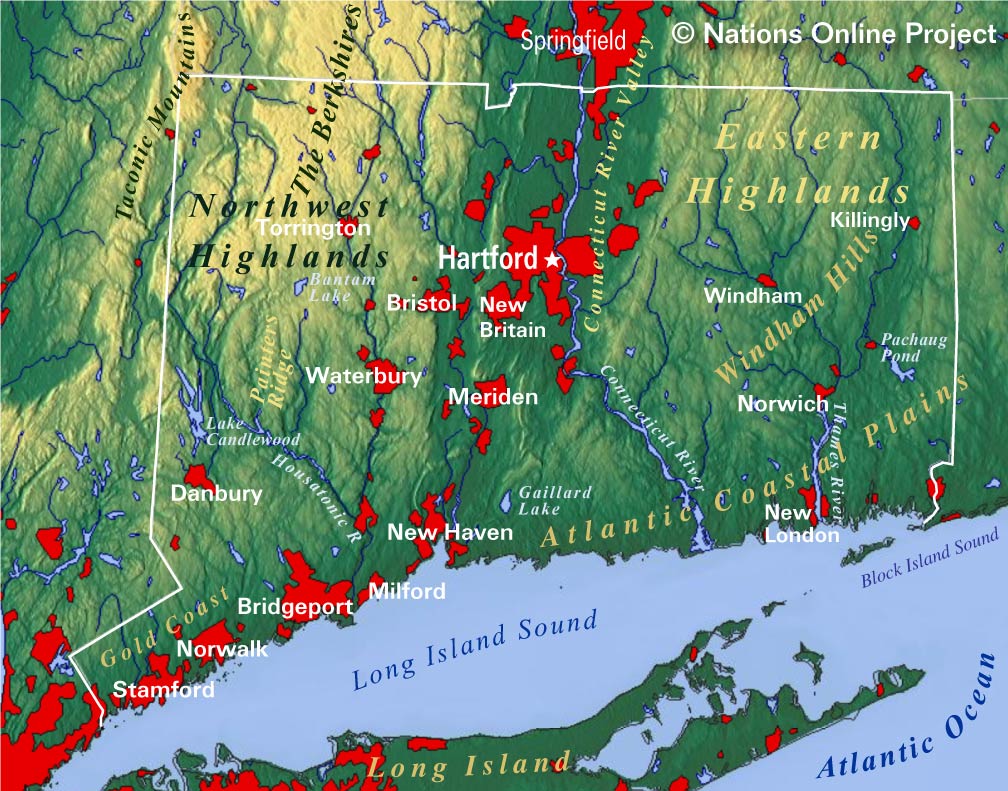 
Connecticut is the third smallest US state with an area of 5,543 sq mi (14,356 km²) [1], compared it is somewhat smaller than half the size of Belgium. Compared with other US states, Connecticut is more than twice the size of Delaware, but it would fit into Texas almost 50 times. 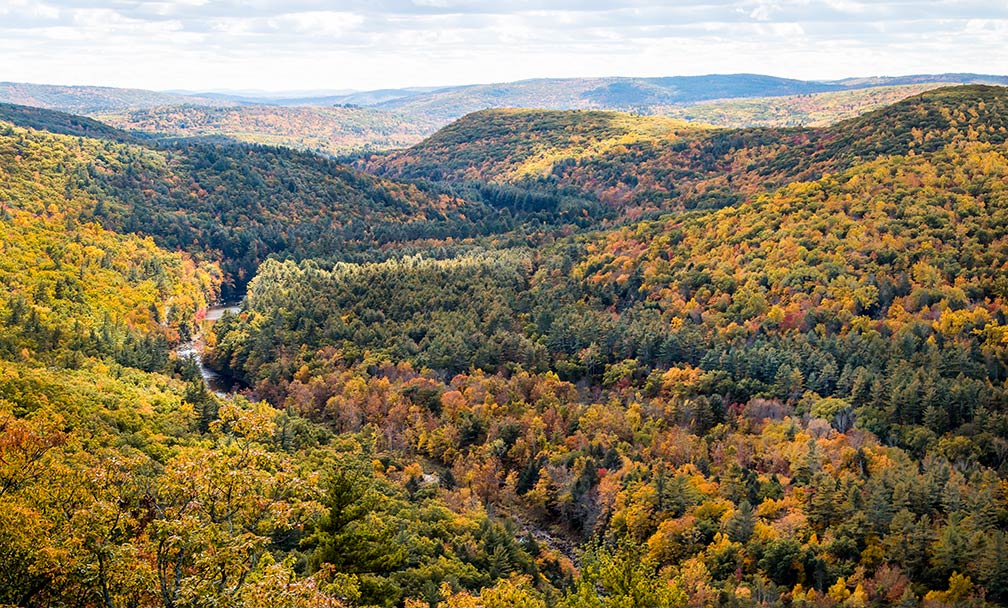 
Situated in the Northwest Highlands, a small portion of the Taconic Mountains covers the northwestern corner of the state. Right there, near the CT/MA/NY Tri-Point, on the slope of a hill on the Connecticut-Massachusetts border is Mount Frissell, 748 m (2,454 ft; a.s.l.) tall, the highest point you can get in Connecticut. The rest of the western highlands is covered by the dissected Berkshires, a range of the Northeast Appalachian Mountains, in Connecticut known as the Litchfield Hills.


Rivers
Almost all of Connecticut's rivers end up in the Long Island Sound. Some rivers in the east empty into Block Island Sound. Major rivers are the Connecticut River, the Housatonic River, and the Thames River.

Lakes
Across the state, there are over 3,000 lakes, ponds, and reservoirs that offer all kinds of water activities. [2]
Major lakes are Bantam Lake, the largest natural lake in CT; Lake Waramaug in Lake Waramaug State Park, a natural lake fed by the Sucker Brook. Candlewood Lake in western Connecticut is the largest lake in the state, the Rocky and the Housatonic Rivers feed the human-made reservoir. 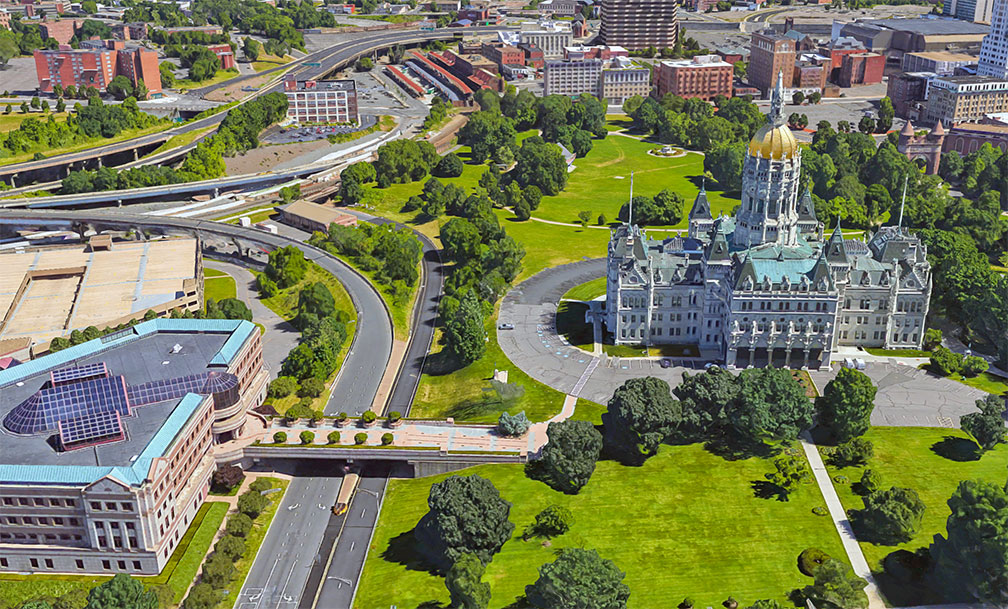 
Connecticut has a population of 3.56 million people (est. 2019). [3] The capital city is Hartford; the largest urban area is Greater Hartford, and the largest city is Bridgeport.


Cities and Towns in Connecticut

The map shows the location of following cities and towns in Connecticut: 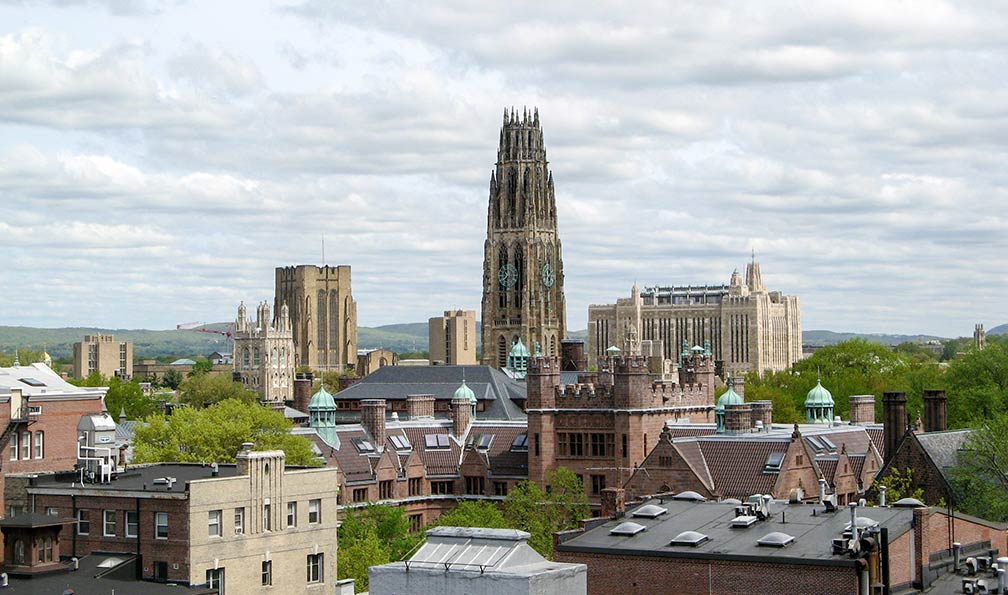 
The largest city is Bridgeport with about 145,000 residents.

Other cities with a population of more than 100,000 are New Haven, Hartford, Stamford, and Waterbury.

Other cities and towns in Connecticut

More about Connecticut and the US