Satellite View and Map of the City of Salt Lake City, Utah

Skyline of Salt Lake with the Wasatch mountains in Utah.
Image: Garrett

The satellite view shows Salt Lake City, capital and the most populous city of Utah, a landlocked state in the western

United States. The city is located at the southeastern end of the Great Salt Lake on the Jordan River with the Wasatch mountain ranges to the east. 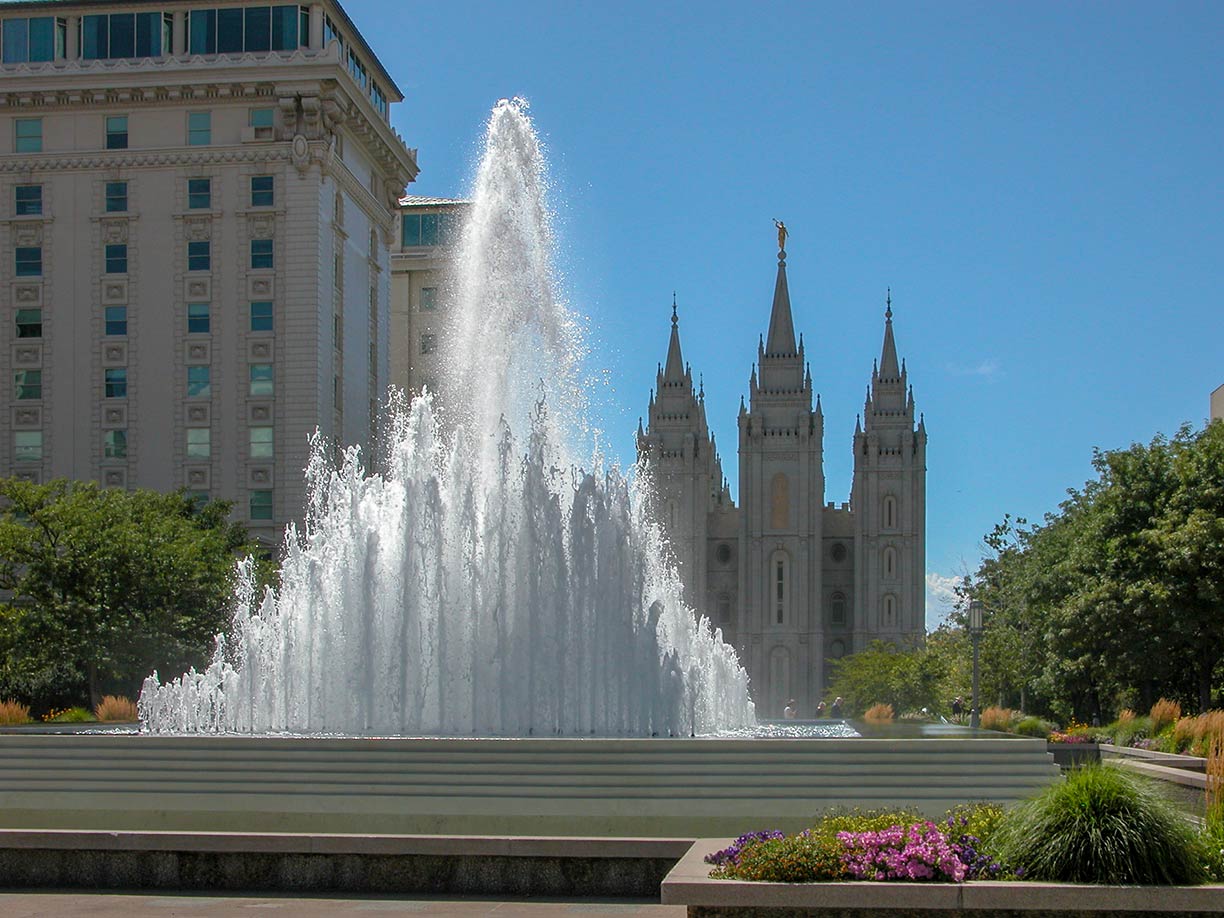 Salt Lake Temple on Temple Square in Salt Lake City, a Latter-day Saints (Mormon) church.
Image: Maithe38
Salt Lake City was founded in 1847 by a group of Mormon pioneers led by Brigham Young. As colonizer and founder of Salt Lake City, Young was appointed the territory's first governor. Under his direction, the Mormons built roads and bridges, forts, irrigation projects, established public welfare, organized a militia, and made peace with the Native Americans.


The city is home to the University of Utah (utah.edu.), the flagship of higher learning and a top-tier research institution in Utah.
Salt Lake City Public Library (slcpl.org), SLC public library. 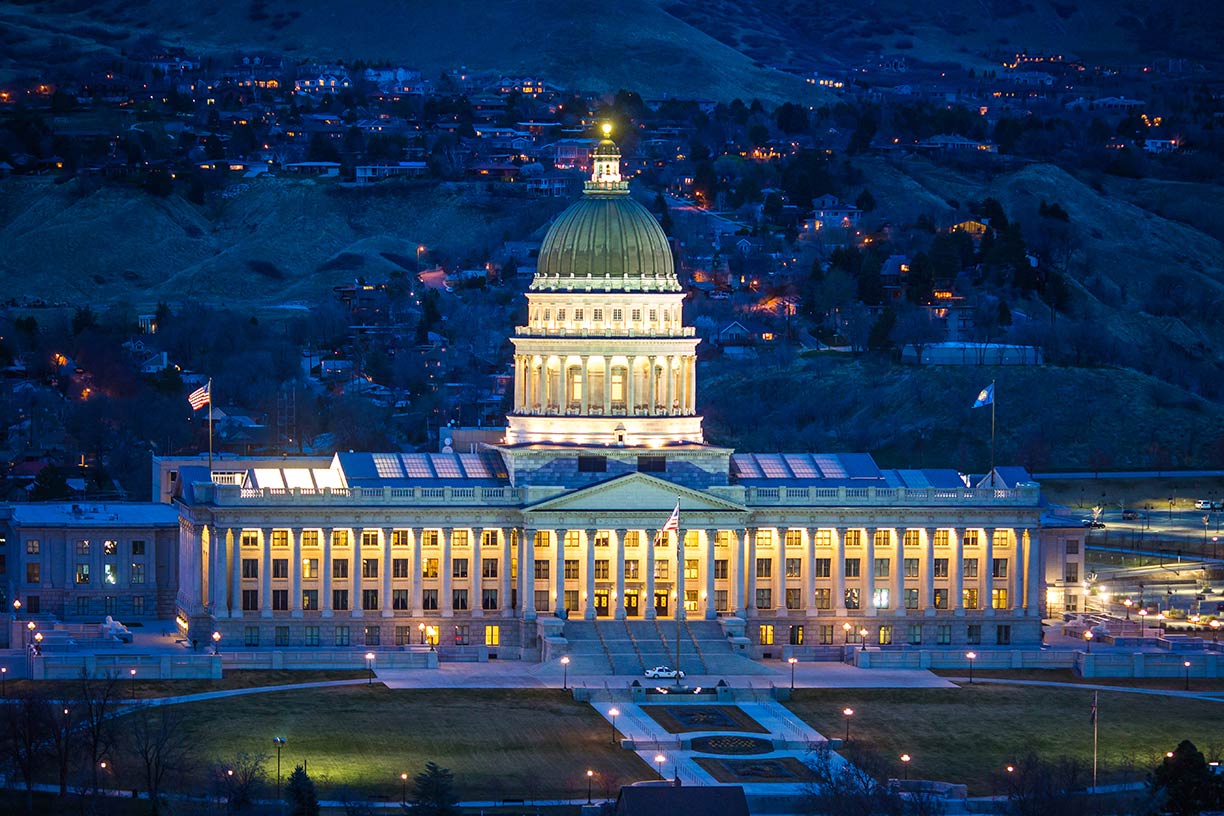 Utah State Capitol on Capitol Hill in Salt Lake City. Utah's state house was built between 1912 and 1916.
Image: Thomas Hawk
Utah State Capitol (utahstatecapitol.utah.gov) is a Neoclassical revival, Corinthian style house of government, it is host to the chambers and offices of the bicameral Utah State Legislature.

Mormon buildings:
Salt Lake City's Temple Square, is a 10-acre complex of churches and one of the city's main tourist attractions.

Salt Lake Tabernacle is the meeting place for The Church of Jesus Christ of Latter-day Saints (LDS Church).

The Beehive House and the Lion House were formerly the two official residences of Brigham Young (1801-1877), the second president of the LDS church.

The Leonardo (theleonardo.org), is a science and art museum in downtown Salt Lake, showcasing the fusion of science, technology, and art.

The Church History Museum (history.lds.org/section/museum) is a museum dedicated to the history of The Church of Jesus Christ of Latter-day Saints.

Children's Museum:
Discovery Gateway (discoverygateway.org) is a place where visitors can explore science, art, and the humanities, or just play in this interactive, hands-on children's museum.

Performing arts:
Abravanel Hall (abravanelhall.net) is a concert hall and an architectural landmark, home to the Utah Symphony (utahsymphony.org).

Planetarium:
Clark Planetarium (clarkplanetarium.org) is a planetarium with an IMAX certified big screen theater, a render farm, and the kinetic sculpture Newton’s Daydream by George Rhoads.

More churches:
Cathedral of the Madeleine is a Neo-Romanesque Roman Catholic church built in 1900. 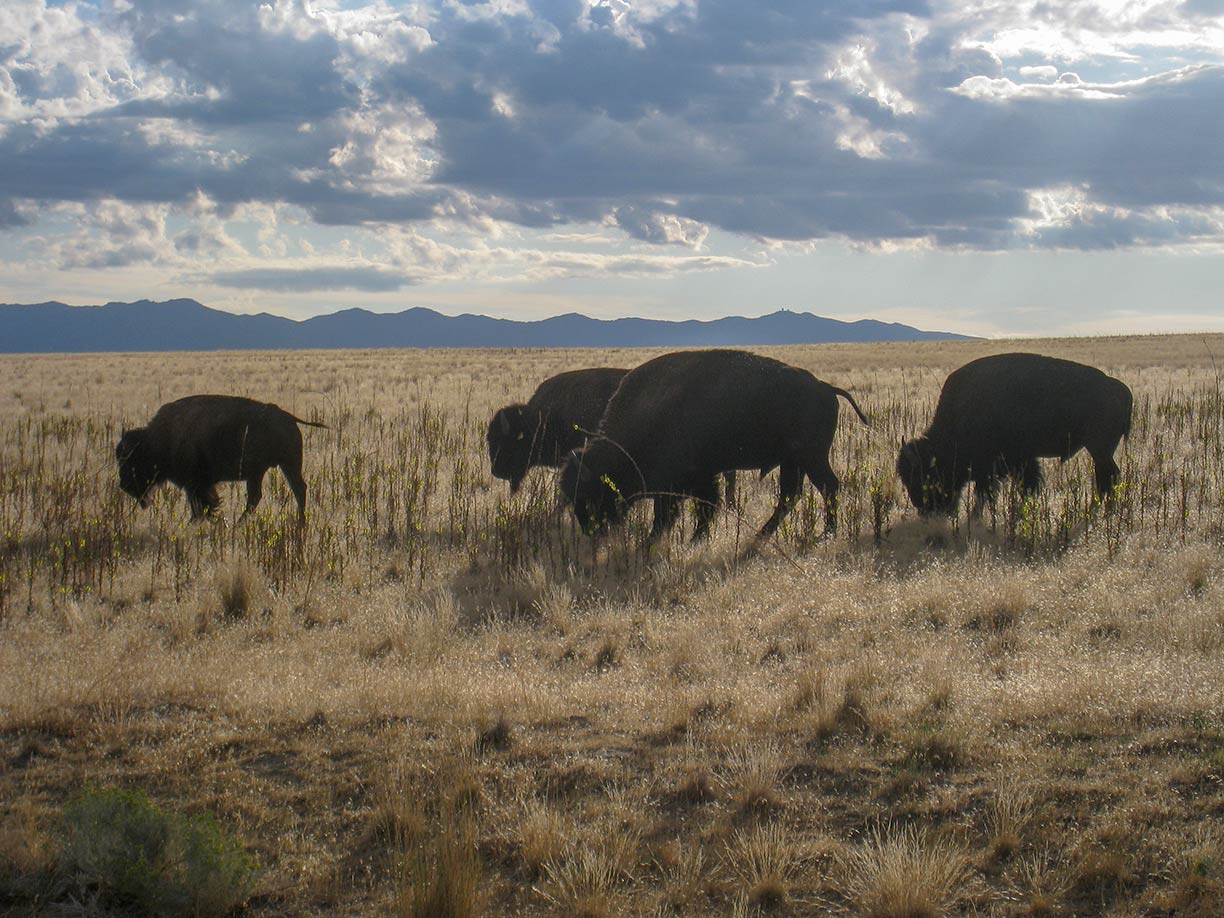 This Is the Place Heritage Park (thisistheplace.org) as the name says, it is a park, with a Mormon monument at the foot of the Wasatch Range near the mouth of Emigration Canyon.

Red Butte Garden and Arboretum (redbuttegarden.org) is a botanical garden and an arboretum with an amphitheater. 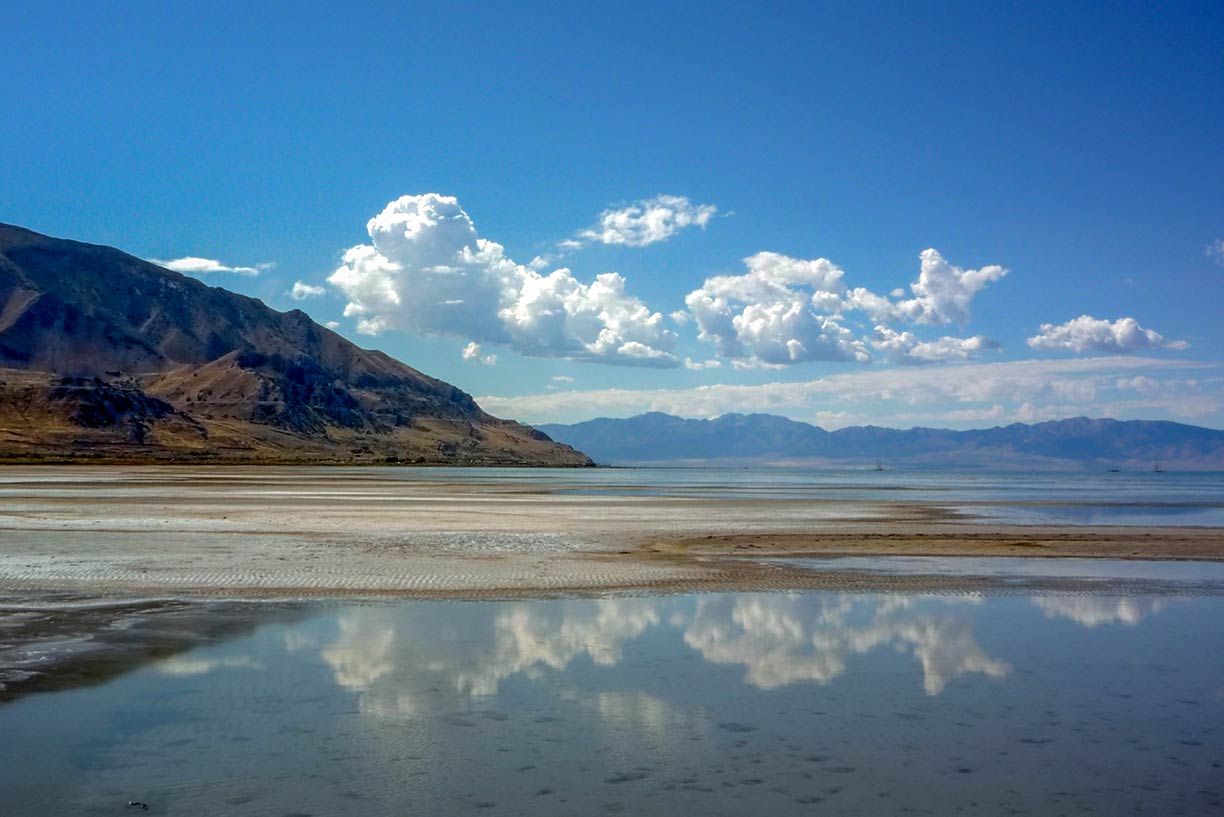 Great Salt Lake in Utah, the shallow lake is the largest salt water lake in the Western Hemisphere.
Image: John Morgan
Liberty Park is a popular urban park with a pond, a greenhouse, and the Tracy Aviary (www.tracyaviary.org) with 400 birds.

Great Salt Lake Marina (www.gslmarina.com) is a state park with a 300 slip marina for sailing the great salt lake.
Antelope Island State Park (info) Utah state park on Antelope Island, the largest of the ten islands within the Great Salt Lake; you can hike, mountain bike or horseback ride the park’s trails.
Sugarhouse Park (www.sugarhousepark.org) is a large park with a pond, and a site for concerts and sorry, the annual firework show will no longer be held at the park.
Gilgal Sculpture Garden (gilgalgarden.org) is a small nice city park with strange sculptures.

Salt Lake City hosted the 2002 Winter Olympics. The XIX Olympic Winter Games were celebrated from 8 to 24 February 2002 in and around the city.

More about Utah and the US