Satellite View and Map of the City of Juneau, Alaska

The satellite view shows Juneau, the capital of Alaska

United States. Alaska's second largest city is situated at the foot of Mt. Juneau on the Gastineau Channel in Southeast Alaska also known as the Alaskan panhandle. 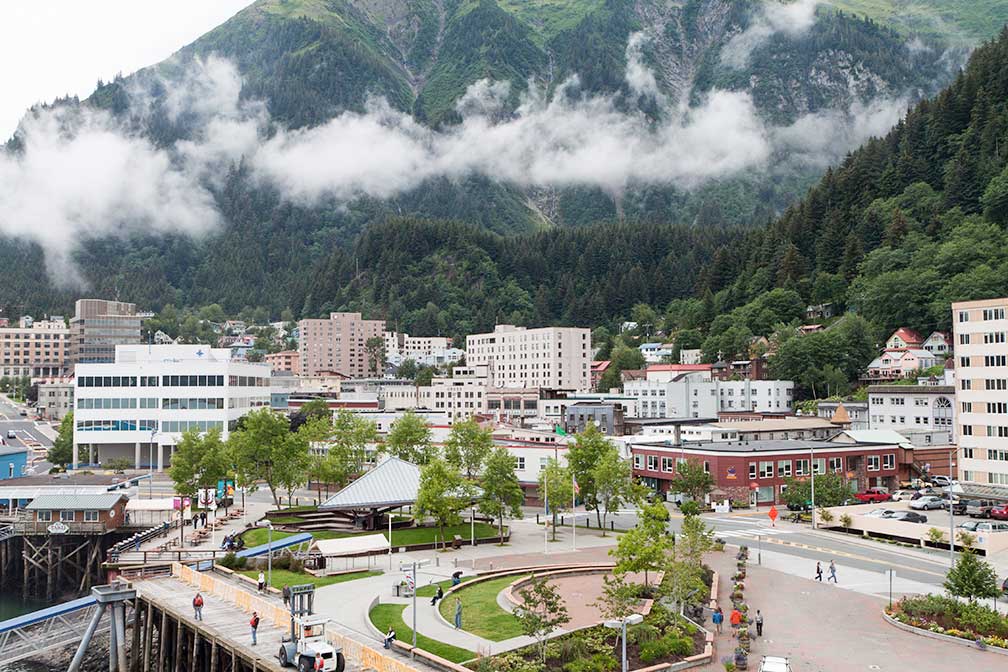 
Gold was discovered in 1880 near the location where Juneau is now, and soon a mining camp was established which grew to a small town called Harrisburg, later renamed to Juneau. In 1906 the seat of government of the Alaska Territory was moved from Sitka to Juneau. On 3rd January 1959, Alaska became the 49th state; it is by far the largest state in the Union.

Juneau, official the City and Borough of Juneau (CBJ), lies in the southeastern part of Alaska, north of the Alexander Archipelago. The urban area stretches along the Gastineau Channel (portions of the city also sit on Douglas Island), the northern part of the town, where the airport is, surrounds the small Mendenhall River. 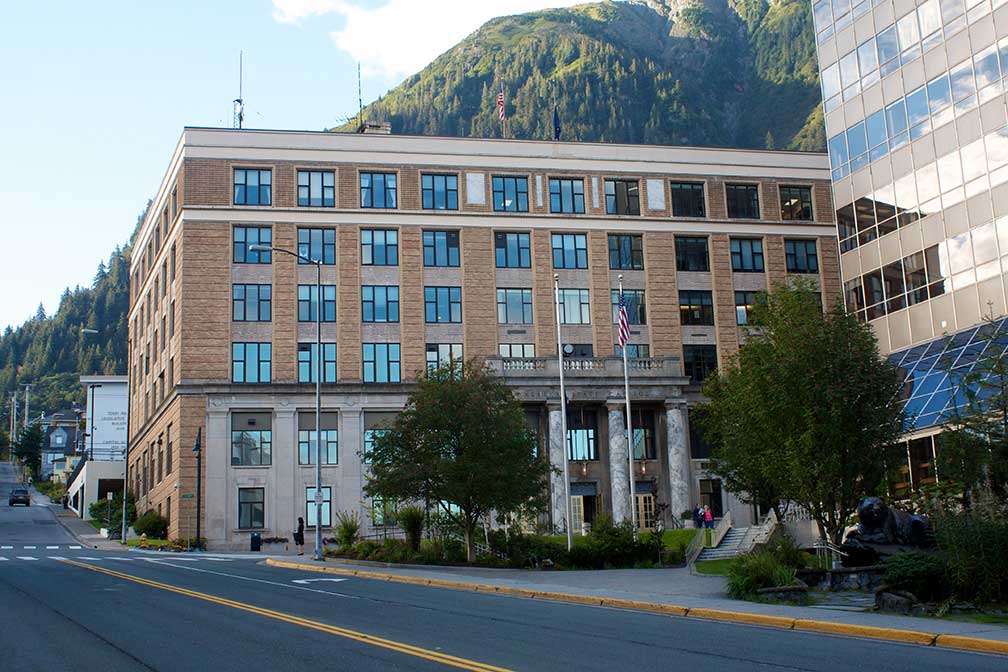 
It is perhaps America's most unusual state capital. There is the climate; according to some folks, the weather is predictably and consistently miserable.
However, the city's climate is milder in winter than its latitude may suggest. Thanks to the influence of the Pacific Ocean winters are clammy and long, but warm by Alaskan standards. During winter, Mount Juneau is a paramount avalanche threat to the city.

The transportation situation is also kind of awkward; there are no roads connecting Juneau with the rest of the world. It is the only capital with no direct access by road; one can reach the city only by air or sea. Juneau International Airport serves the city.

The economy of the capital relies on government, mining, fishing, and tourism; the city is a popular cruise ship port of call.

The capital is home to the University of Alaska Southeast, UAS's main campus is located in Juneau. 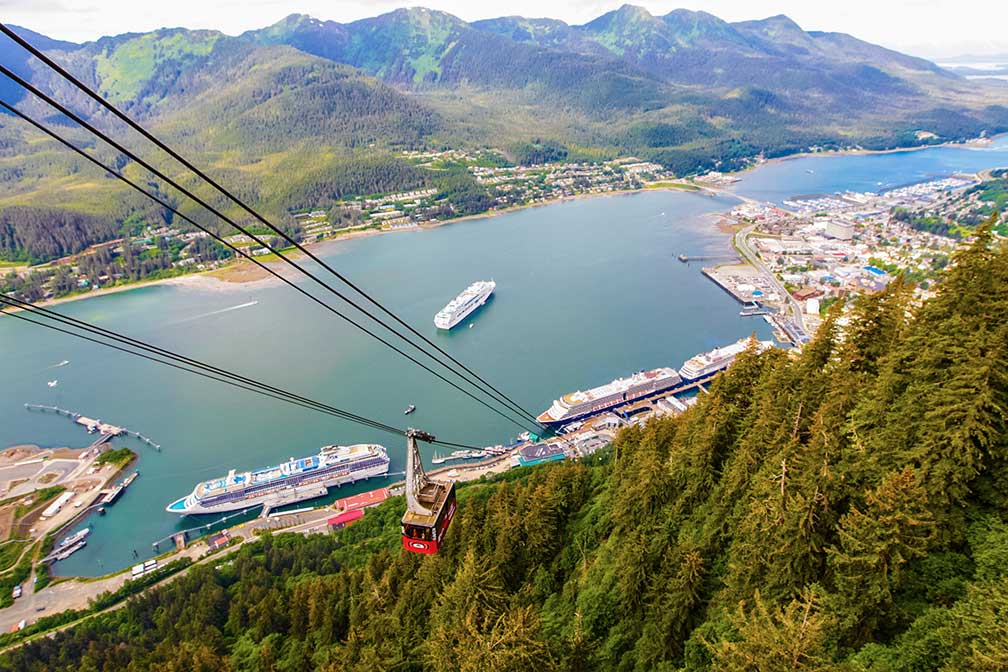 Alaska State Capitol, the six stories capitol building houses the Alaska Legislature and the offices of the governor of Alaska.

Churches:
Chapel by the Lake (Presbyterian church in Auke Bay), Cathedral of the Nativity of the Blessed Virgin Mary (the smallest cathedral in North America is the mother church of the Roman Catholic Diocese of Juneau)

Transportation:
Mount Roberts Tramway is an aerial tramway connecting the base station close to the cruise ship docks with the "Sky Bridge" on Mount Roberts, 550 m above the city. At the top station of the tramway are a restaurant, a theater, a nature center, and souvenir shops.

Douglas Island is a tidal island opposite Juneau separated from the city by the Gastineau Channel, connected by the Juneau-Douglas Bridge)

More about Alaska and the US

Other Cities in Alaska: