Satellite View and Map of the City of Tallahassee, Florida

The satellite view shows Tallahassee, the county seat of Leon County and the capital of the State of Florida in the

United States. Tallahassee lies about 164 mi (265 km) west of Jacksonville, near Florida's border with Georgia in the state’s mostly rural panhandle, about 45 km (28 mi) north off the coast of the Gulf of Mexico. 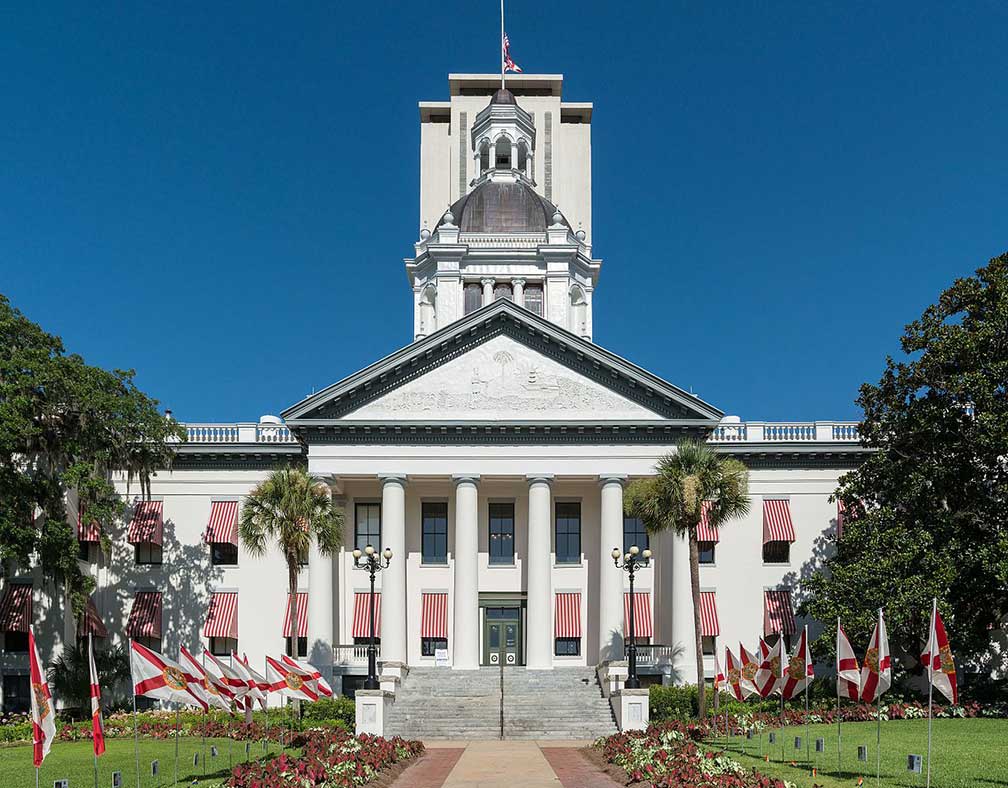 The Historic Capitol of Florida in foreground, and Florida State Capitol tower in background.
Image: DXR

In 1824 Tallahassee became the capital of Florida Territory, which later was admitted to the Union as the State of Florida in March 1845. 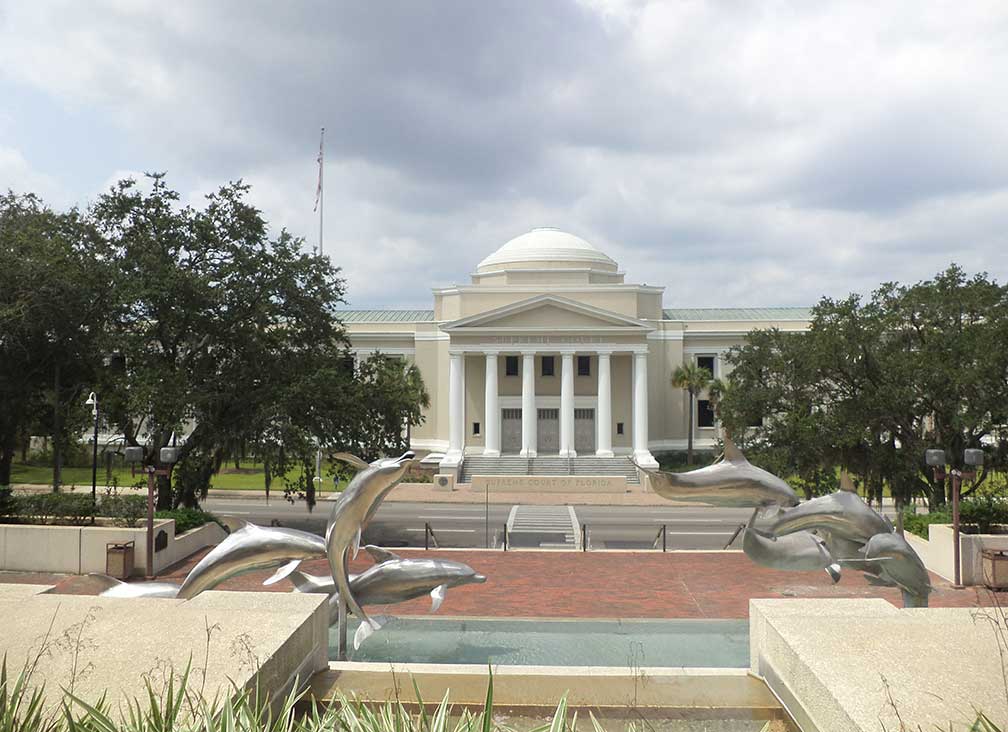 The Lake Jackson Mounds Archaeological State Park (official park website) is now a state park on the site of a former significant ceremonial ground of the so-called Fort Walton Culture, a prehistoric Native American culture. The park houses the remains of a group of earthen mounds presumably built by people of the Pensacola culture, an ancient Native American society (~1050–1500).

The Tallahassee Automobile Museum (tacm.com) is a museum for automobiles and collectibles, anything from Antique Time Pieces to Steinway Pianos.

Tallahassee arts:
Council on Culture & Arts, COCA is the voice for the arts and cultural industry in Florida's capital area, they publish the Tallahassee arts guide (tallahasseearts.org.) 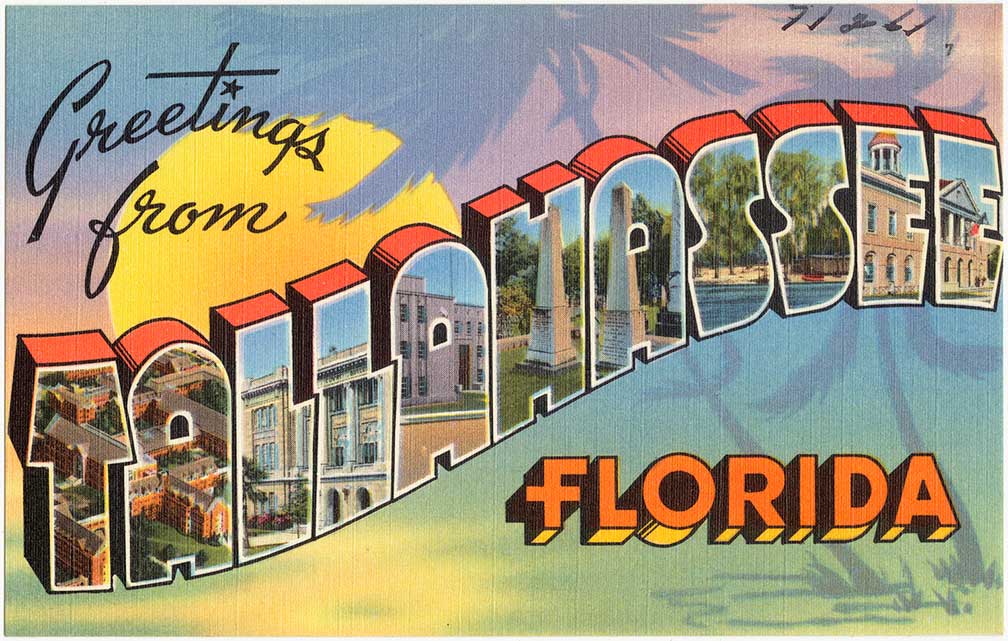 Churches:
Co-Cathedral of Saint Thomas More, is a Catholic co-cathedral.

Alfred B. Maclay Gardens State Park is a Florida State Park, a botanical garden, and a historic site.

Just zoom in to find the location of Florida Capitol buildings, the Historic Capitol of Florida "The Old Capitol" and the new capitol building (tower), as well as the nearby Museum of Florida History, and Cascades Park.

The page shows a city map of Tallahassee with expressways, main roads, and streets, zoom out to find the location of Tallahassee Regional Airport (IATA code: TLH), about 7 km (4 mi ) southwest of the central business district.

More about Florida and the US

Other cities in Florida: