Satellite View and Map of the City of Hartford, Connecticut

The satellite view shows Hartford, the state capital city of Connecticut in the

United States.
The city lies 118 mi (190 km) northeast of New York City in Hartford County in the center of the state. at the site where the navigable section of the Connecticut River ended.
New England's longest river in the New England region 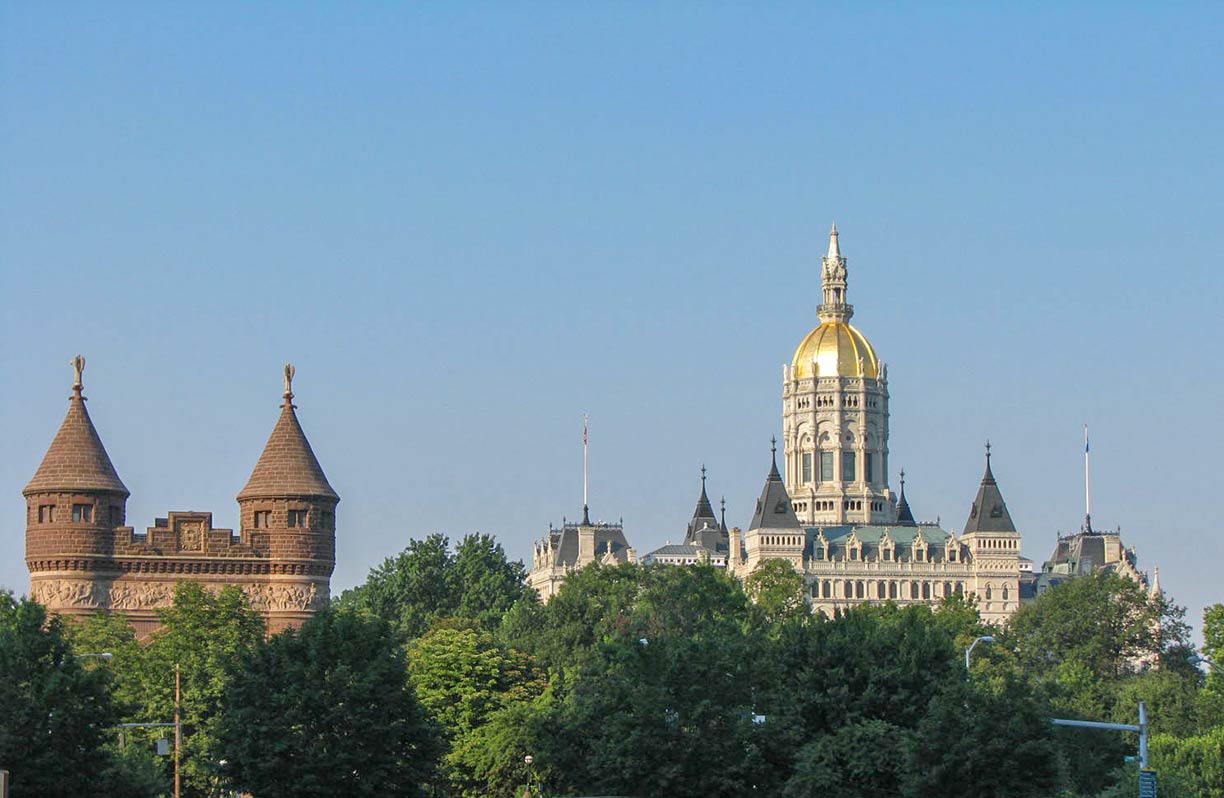 Hartford is among the oldest cities in the United States. It began its history in the early 17th century as House of Hope (Dutch: Fort Goede Hoop), a fortified trading post built by the Dutch, who maintained extensive trade with the local native Pequot tribe in the Connecticut River Valley of New Netherland, then a colony of the Dutch Republic.

In the 1630s first English settlers arrived, they established Hartford directly across the Park River opposite from the Dutch fort.

The English permanently gained control of the region in 1637 after struggles with the Dutch. In 1662 Hartford became one of the two capitals of the Connecticut Colony;
New Haven was joint capital with Hartford (1701–1874.) [1]

In the mid 19th century Hartford became the center of a thriving new industry. Samuel Colt’s invention of a gun that would fire multiple shots initiated the modern style arms industry. In Colt's Patent Firearms Manufacturing Company which he established in Hartford along the banks of the Connecticut River, he perfected the manufacturing process by producing interchangeable parts.

Today Hartford has a population of about 123,400 inhabitants (in 2017), approximately 1.2 million people live in the Greater Hartford metropolitan area (Hartford-West Hartford-East Hartford).

The city has been nicknamed the "Insurance Capital of the World," for it is the historic center of the US insurance industry.


Hartford is home to the University of Hartford (www.hartford.edu), the university was founded in 1957 by the merger of the Hartford Art School, the Hillyer College, and the Hartt School. 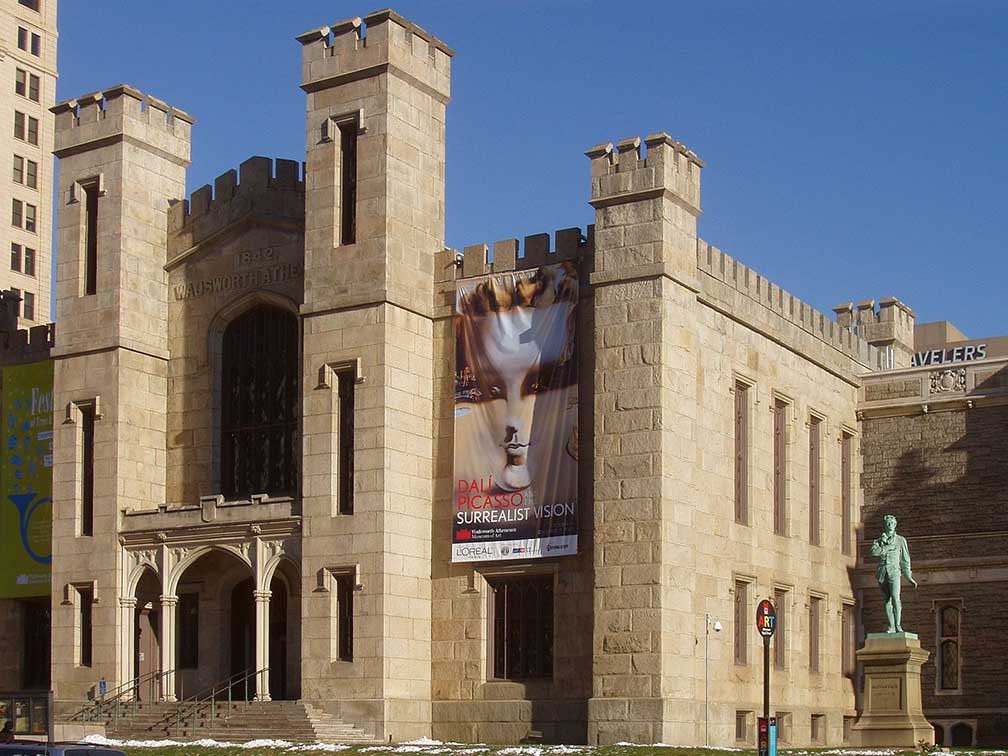 Wadsworth Atheneum in Hartford, it is the oldest public art museum in the United States.
Photo: Daderot

Connecticut State Capitol is Connecticut's third capitol building; it houses the Connecticut General Assembly and the office of the Governor of the State of Connecticut.

Mark Twain House and Museum (marktwainhouse.org) The house was the home of Samuel Langhorne Clemens and his wife Olivia from 1874 to 1891. Sam Clemens is better known as Mark Twain, the American writer, most famous for his novel The Adventures of Tom Sawyer.

Museums:
Museum of Connecticut History (museumofcthistory.org) showcases exhibits that trace the growth of the State and its role in the development of the nation; among its permanent displays is also the Colt Firearms Collection.

Performing arts:
The Bushnell Center for the Performing Arts (bushnell.org), Hartford's world-class venue for the performing arts is home to the Hartford Symphony Orchestra (hartfordsymphony.org), it hosts Broadway shows, concerts, and other performances on two stages and other spaces.

Convention center:
The Connecticut Convention Center (www.ctconventions.com) The "Largest Convention Facility Between New York and Boston" offers exhibition and meeting space, a ballroom, and is home to ConnectiCon (connecticon.org.)

Just zoom in (+) to see Connecticut State Capitol, it houses the Connecticut General Assembly, the state legislature of Connecticut.
To find a location use the form below.

More about Connecticut and the US

Hartford Courant
Local news by the oldest continuously published newspaper in the US.