Satellite View and Map of the City of Santa Fe, New Mexico

Museum Hill, Santa Fe. The Museum of Indian Arts and Culture is on the left and the Laboratory of Anthropology on the right.
Image: Ali Eminov 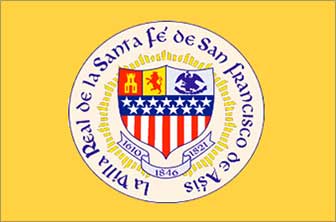 The satellite view shows Santa Fe, the capital of New Mexico in the

United States. The city is located in the north-central part of the state, in the northern Rio Grande Valley on the Santa Fe River. Santa Fe lies at an altitude of 7,000 feet (2,134 m) above sea level, (making it the highest state capital in the United States), and about 65 mi (105 km) northeast of Albuquerque, the largest city in New Mexico. 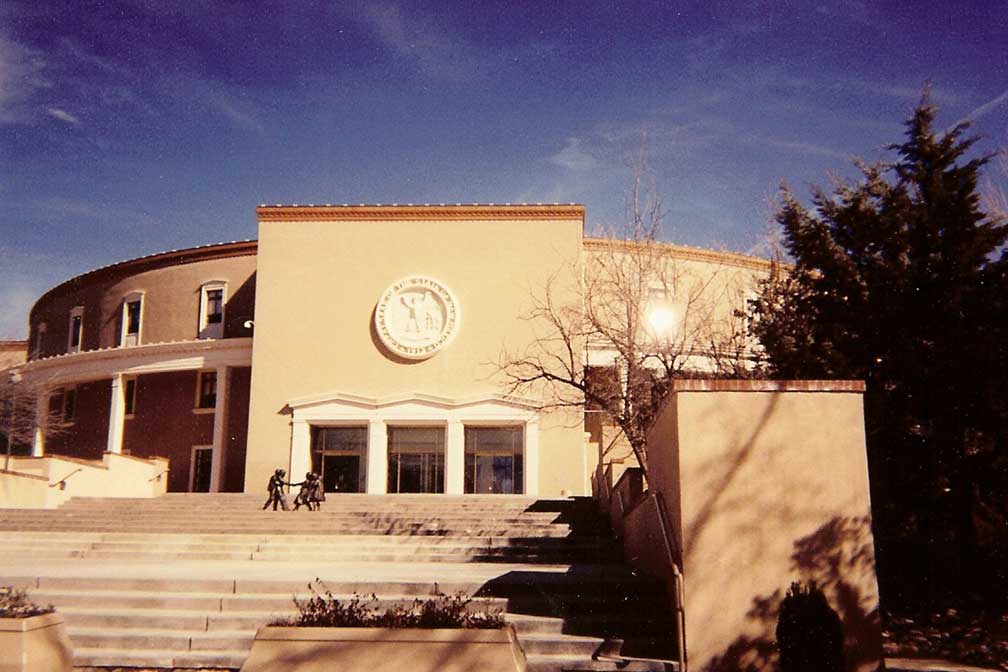 The New Mexico State Capitol in Santa Fe Building, houses the government of the U.S. state of New Mexico. It is the only round state capitol in the United States, and is known informally as "the Roundhouse".
Image: Ken Lund

Don Pedro de Peralta, at that time Governor of Spanish New Mexico, founded La Villa Real de la Santa Fe at the foot of the Sangre de Cristo Mountains in 1607. Three years later in 1610, Peralta made it the capital of the province. In 1848 the territory was ceded to the United States.

At the beginning of the 19th-century, the town became a trade center at the end of the Santa Fe Trail.

The city is home to three private liberal arts colleges: St. John's College, Santa Fe University of Art and Design, and the Southwestern College, a consciousness-centered graduate school; plus the public Santa Fe Community College and the Institute of American Indian Arts, a college focused on Native American art. 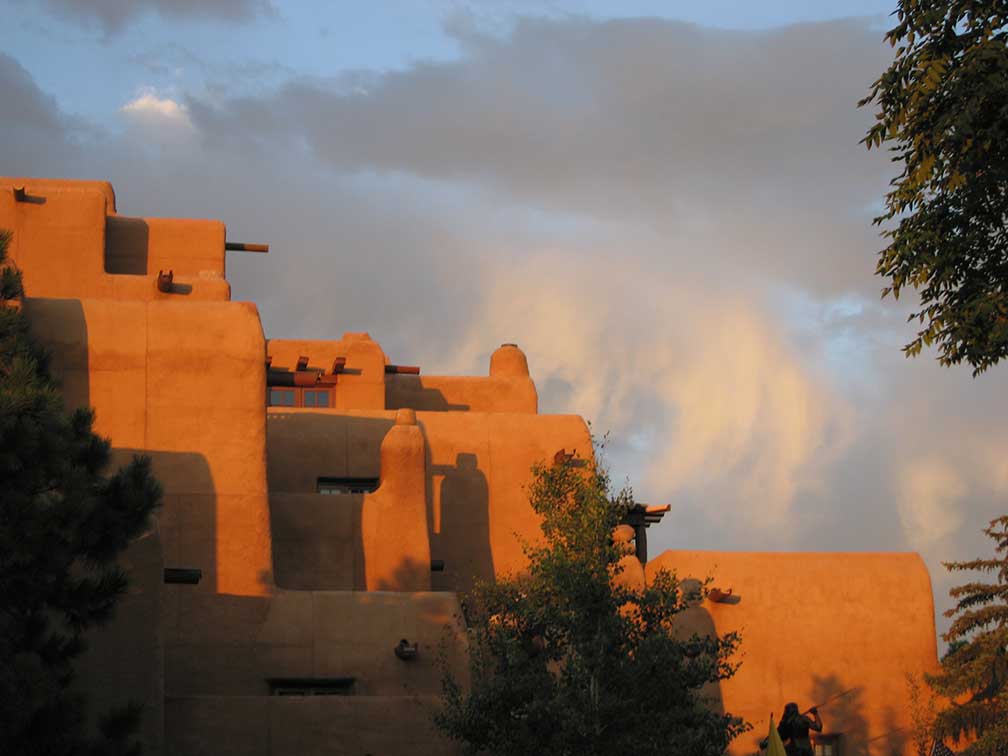 The hotel Inn and Spa at Loretto is famous for its traditional pueblo architecture.
Image: JuliusR

The Santa Fe Historic District has two national historic landmarks,
the Santa Fe Plaza, a traditional small city-square in Spanish-American colonial style, known as the Plaza, a one-block square and the core of the city; and the
Palace of the Governors (El Palacio Real), an adobe building which served as the seat of New Mexico's government for centuries, it now houses the New Mexico History Museum (palaceofthegovernors.org).

El Rancho de Las Golondrinas (golondrinas.org) is a former ranch which has been recreated as a Spanish Colonial living history museum. 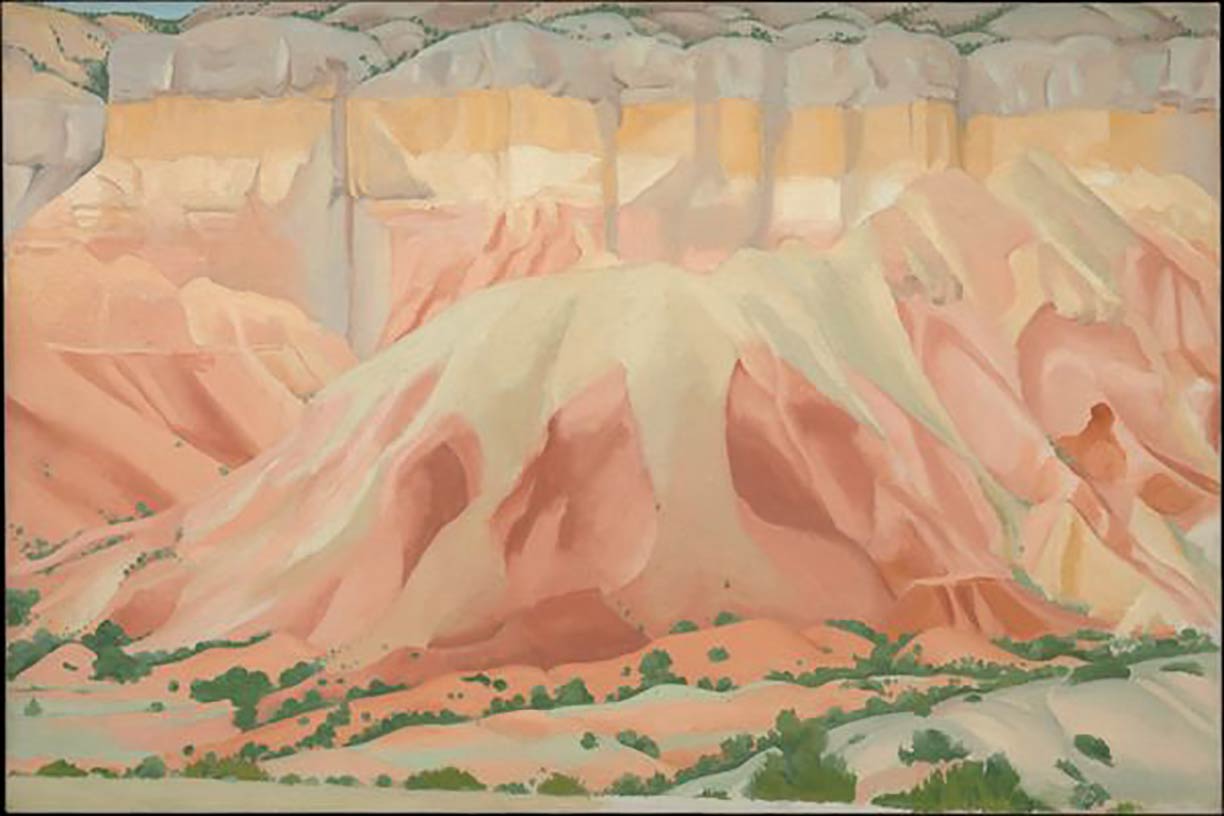 Museum of New Mexico (www.newmexicoculture.org), the New Mexico Department of Cultural Affairs is the umbrella organization of eight museums and several historic sites.

Museum of Indian Arts and Culture (indianartsandculture.org), the Laboratory of Anthropology, the museum is dedicated to Native American art and culture.

Museum of International Folk Art (internationalfolkart.org) is a state-run museum with the world’s most extensive collection of international folk art.

Churches:
Loretto Chapel is a contributing property in Santa Fe's historic district, the former Roman Catholic church is now a museum and sometimes used as a wedding chapel.
Cathedral Basilica of St. Francis of Assisi, the Romanesque Revival style Roman Catholic cathedral was built between 1869 and 1887. 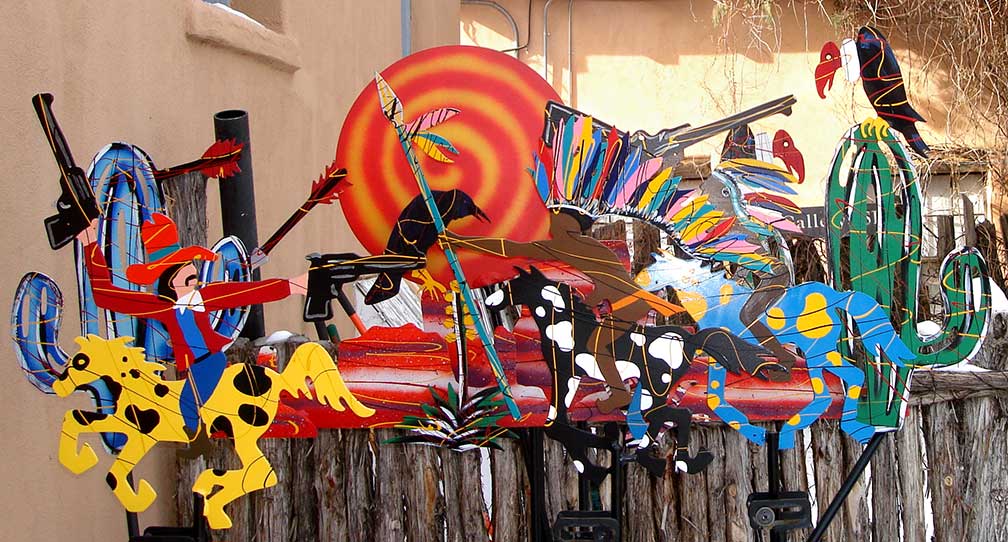 Canyon Road (canyonroadarts.com), the former residential neighborhood is now an art district with dozens of art galleries and studios, the road is also the site of the annual farolito festival (festival of lights).

Randall Davey Audubon Center (nm.audubon.org) has birds and other wildlife.

Hyde Memorial State Park is a state park, the pine-surrounded natural area is used for hiking and camping.

The page shows a city map of Santa Fe with expressways, main roads and streets, zoom out to find the location of Santa Fe Municipal Airport (IATA code: SAF), about 23 km (14 mi) by road southwest of the central business district.

Just zoom in to see the New Mexico State Capitol.

More about New Mexico and the US