Satellite View and Map of the City of Columbia, South Carolina


The satellite view shows Columbia, the second largest city and capital of South Carolina, a state in the southeastern

United States with a coastline at the Atlantic Ocean. The city is situated in the center of South Carolina, where the Broad and the Saluda Rivers form the Congaree River. 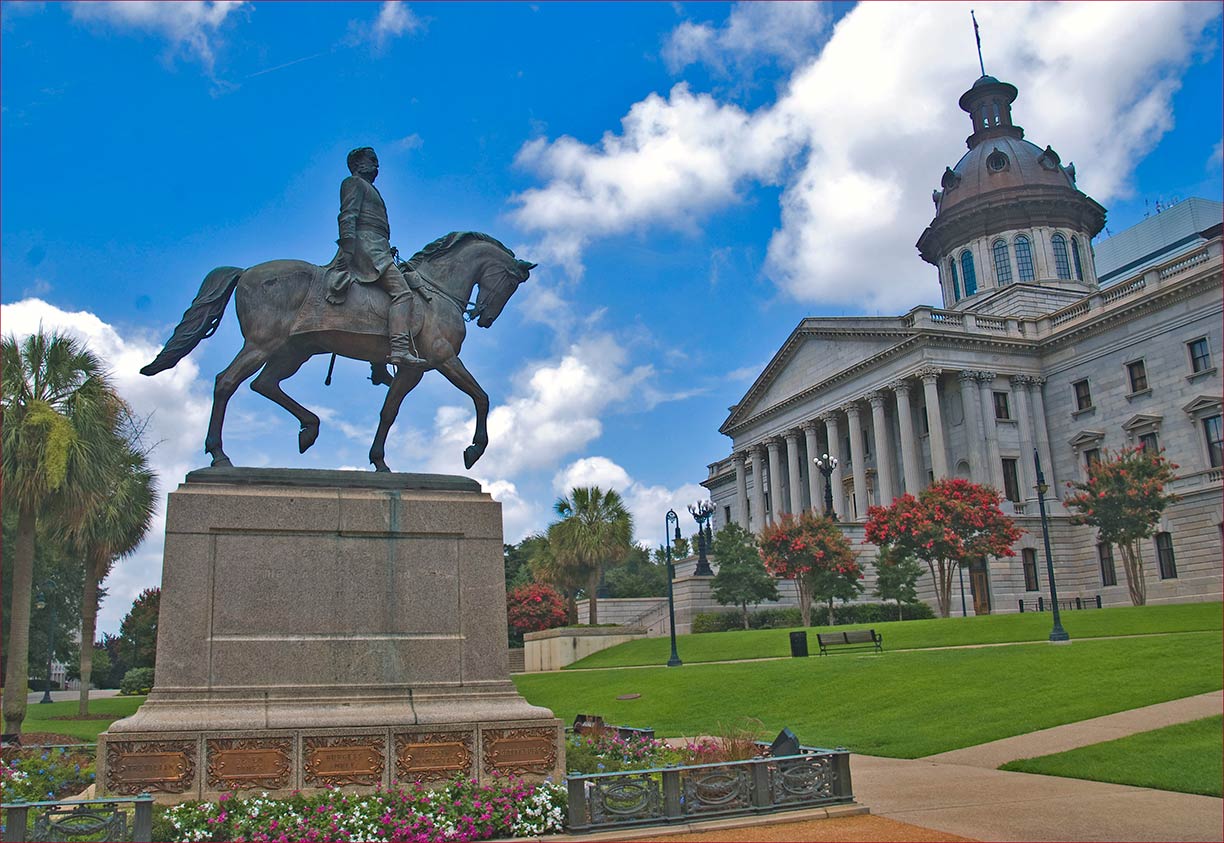 Greek Revival style South Carolina State House in Columbia, the bronze equestrian statue of Wade Hampton to the left. Hampton was a Confederate cavalry officer who became the first governor of South Carolina after the Reconstruction (1865–1877).
Image: Ron Cogswell

On the site of today Columbia stood the Old Fort Congaree, a frontier fort on the west bank of the Congaree River. A location on the fall line of the Piedmont region and the farthest point above the mouth of the Santee River system that colud be reached by boat.

In 1754, the colonial government of South Carolina established a ferry, to connect the fort with the growing settlements on the east bank of the river.

Columbia was founded in 1786, a town of 400 Blocks in a two-mile square along the river, and named Columbia, the female personification of the United States.

It was the second planned city in the United States. In the same year, the new town replaced Charleston SC as the state capital. In 1865 much of Columbia was destroyed by fire while being occupied by Union troops.

Today Columbia is a mid-size city with a population of about 133,000 inhabitants (est. 2018), approximately 950,000 people live in the Columbia-Orangeburg-Newberry metropolitan area (CSA).

The city is home to the main campus of the University of South Carolina, the state's flagship university. 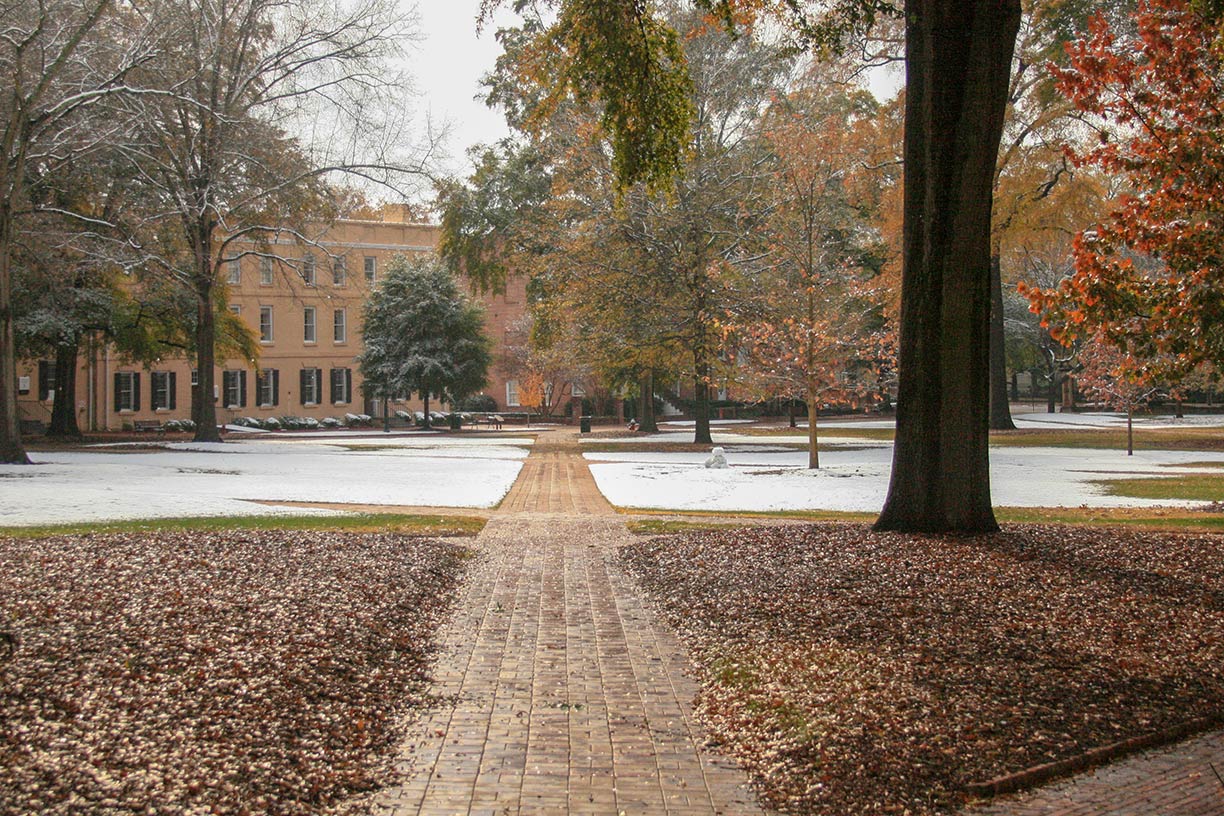 The Horseshoe, a U-shaped building complex is the original campus of the University of South Carolina.
Image: jay8085

Performing arts:
Koger Center for the Arts (kogercenterforthearts.com) is a multi-purpose performing arts venue on the campus of the University of South Carolina. The center is home to the Columbia City Ballet (columbiacityballet.com) and the South Carolina Philharmonic orchestra (www.scphilharmonic.com)

Museums:
Columbia Museum of Art (www.columbiamuseum.org) is a pretty space with dynamic exhibitions and fun programs, and yes, they exhibit modern and contemporary art as well. 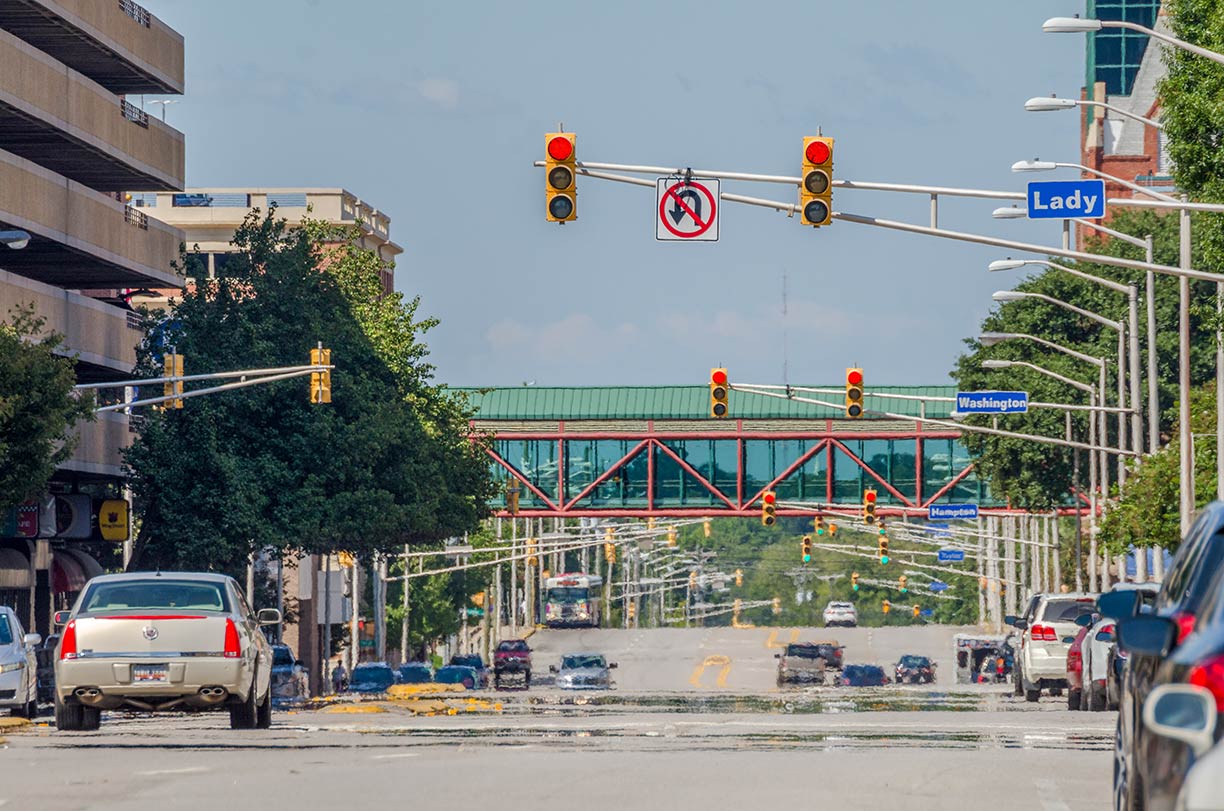 South Carolina State Museum (www.scmuseum.org), is the states largest museum. It offers a digital dome planetarium, a 4D interactive theater, and an observatory. The museum showcases items and artefacts related to South Carolina's history and lifestyle.

SC Confederate Relic Room and Military Museum (crr.sc.gov), the museum collects and preserves relicts and finds related to the Confederate military history of South Carolina. The Museum also received the replica Confederate battle flag that had flown for years on the State House grounds. The flag was removed from the South Carolina State House in 2015. 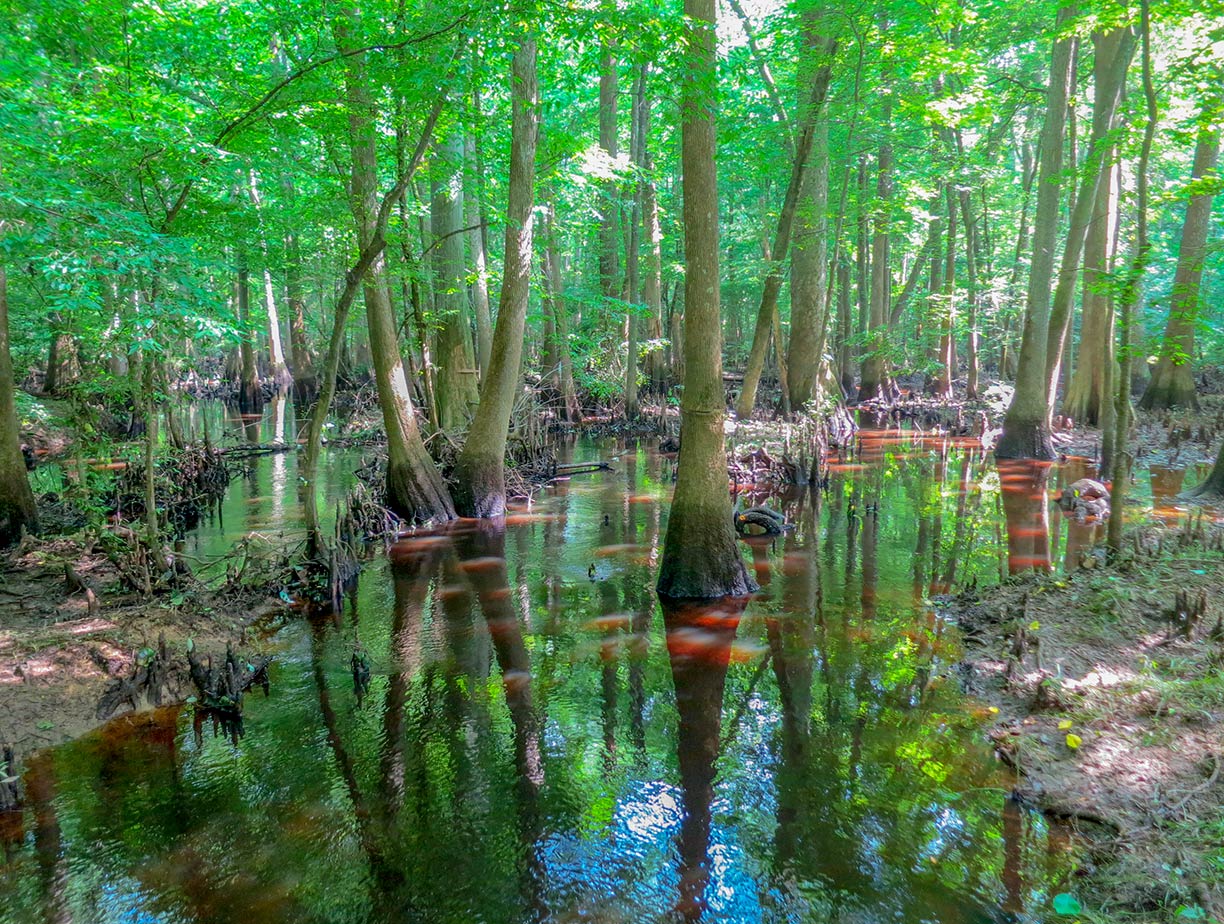 Finlay Park is the city's largest park with a scenic waterfall and a lake in downtown Columbia. The park also hosts numerous events and festivals.
Riverbanks Zoo and garden (www.riverbanks.org) is Columbia's zoo with surrounding botanical gardens. The zoo is home to more than 2000 animals.
Sesquicentennial State Park is a state park with hiking trails, meeting facilities, a dorm, and a ropes course.

The map shows a city map of Columbia with expressways, main roads, and streets, zoom out to find the location of Columbia Metropolitan Airport (IATA code: CAE), about 7.2 mi (12 km) by road (via SC-602/Platt Springs Rd), southwest of Columbia's central business district.

More about South Carolina and the US