Satellite View and Map of the City of Charleston, West Virginia

View of the City of Charleston at Kanawha River from Loudon Heights.
Image: Edsel Little

The satellite view shows Charleston, the capital and largest city of the State of West Virginia, a landlocked state situated in the central eastern

United States. The town lies in the foothills of the Allegheny Mountains; it is located in the Kanawha Valley at the site where the Elk River joins the Kanawha River in the south-central part of the state. The nearest large cities are Cincinnati, Ohio (200 mi) and Columbus, Ohio. From Charleston to Washington D.C. it is a one-hour flight to the east. 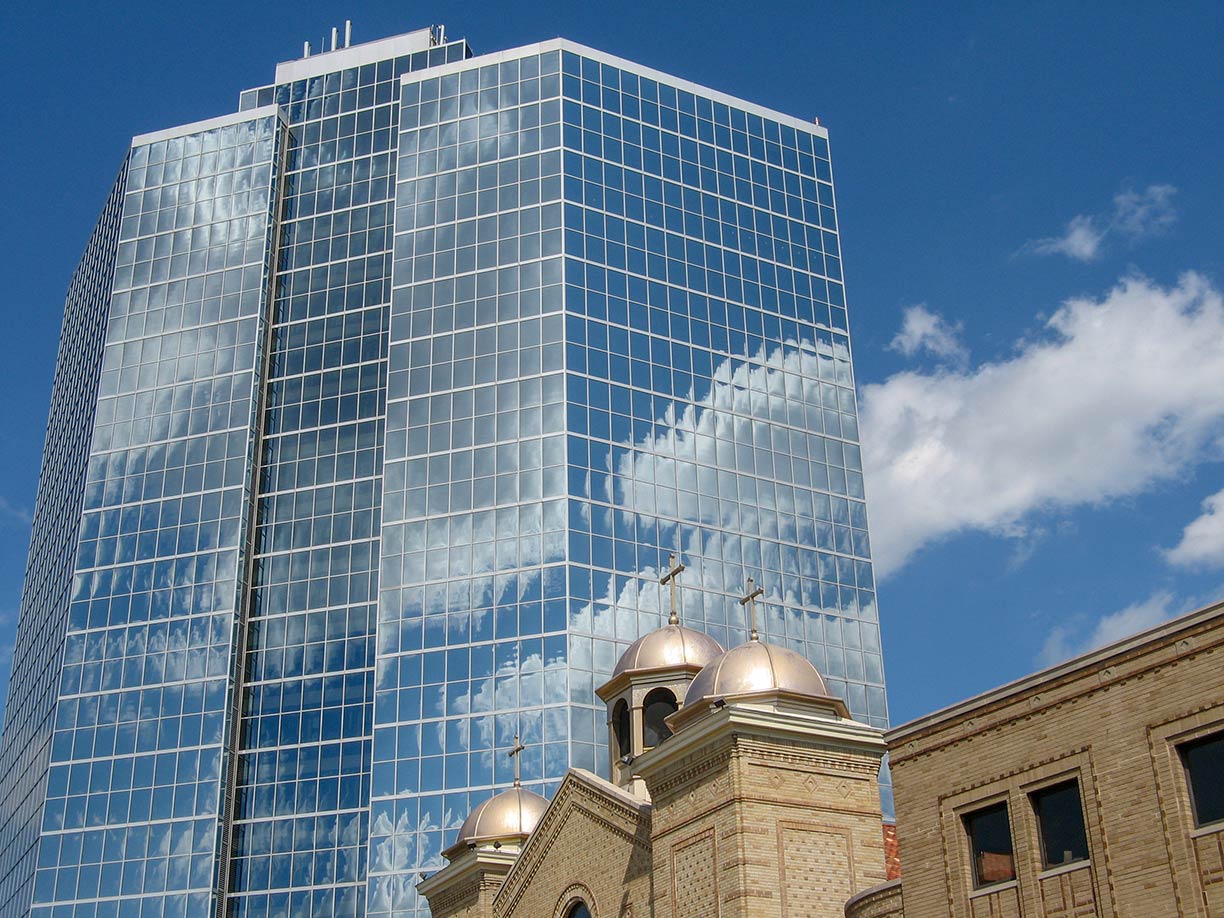 With the outbreak of the Civil War, Virginia seceded from the Union in 1861, while the western part of Virginia decided to stay with the Union. Three years later, in June 1863, West Virginia became the 35th state in the Union, and Charleston became finally West Virginia's capital in 1877.

Today, Charleston is the most populous city in West Virginia with a population of about 48,000 inhabitants; 222,000 people live in the greater metropolitan area (in 2018).

Charleston is the center of government, commerce, and industry of Kanawha County. The city's economy relies on services in the fields of health care, education, trade, scientific and technical services, and public administration. 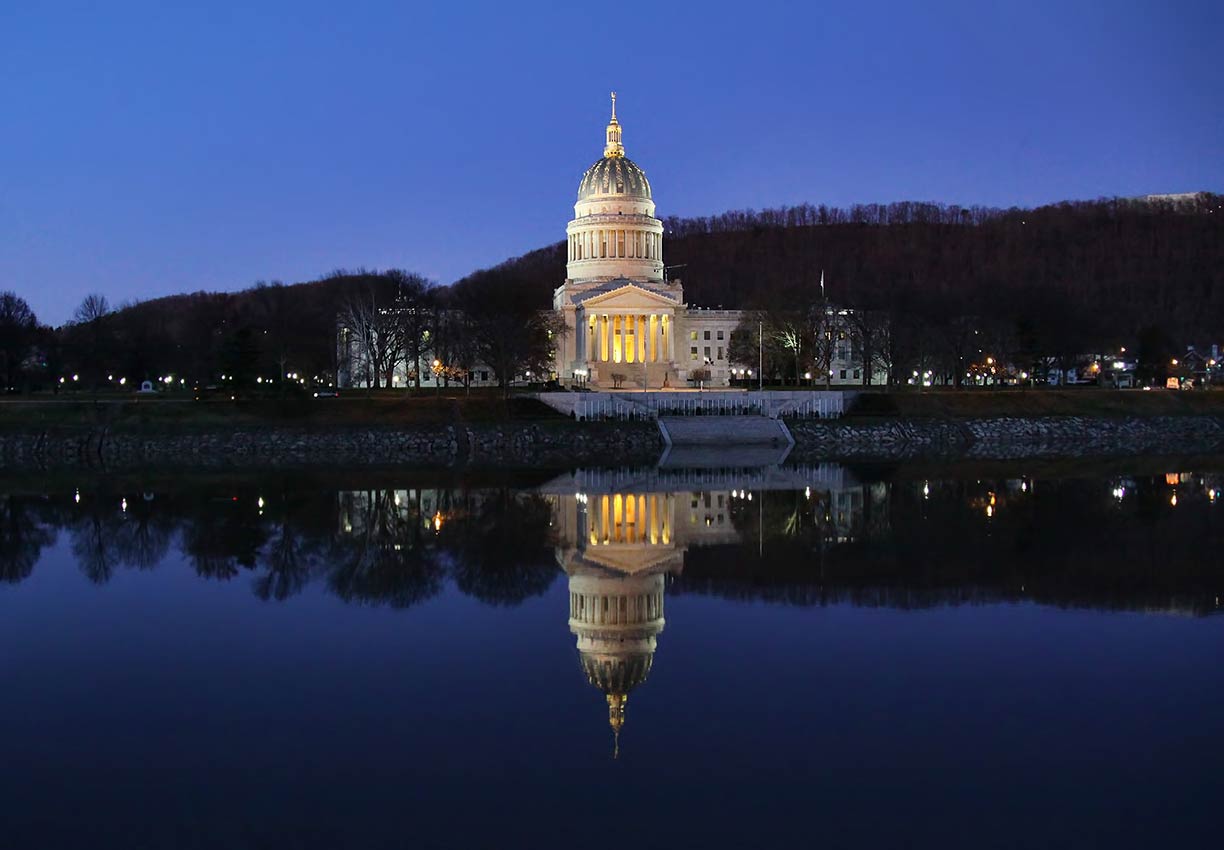 The Clay Center (www.theclaycenter.org) for the Arts and Sciences is a complex for performing arts, visual arts, and the sciences.
Within the center is the Caperton Planetarium, and two main performance venues, The Maier Foundation Performance Hall and the Walker Theater.

The center houses the Juliet Art Museum and the Avampato Discovery Museum, besides being a kid's museum, the discovery museum houses also a collection of primarily 19th, 20th and 21st-century American art (www.avampatoart.com).
The center is also the venue for the West Virginia Symphony Orchestra (wvsymphony.org) which performs classical, pops, and chamber music concerts. 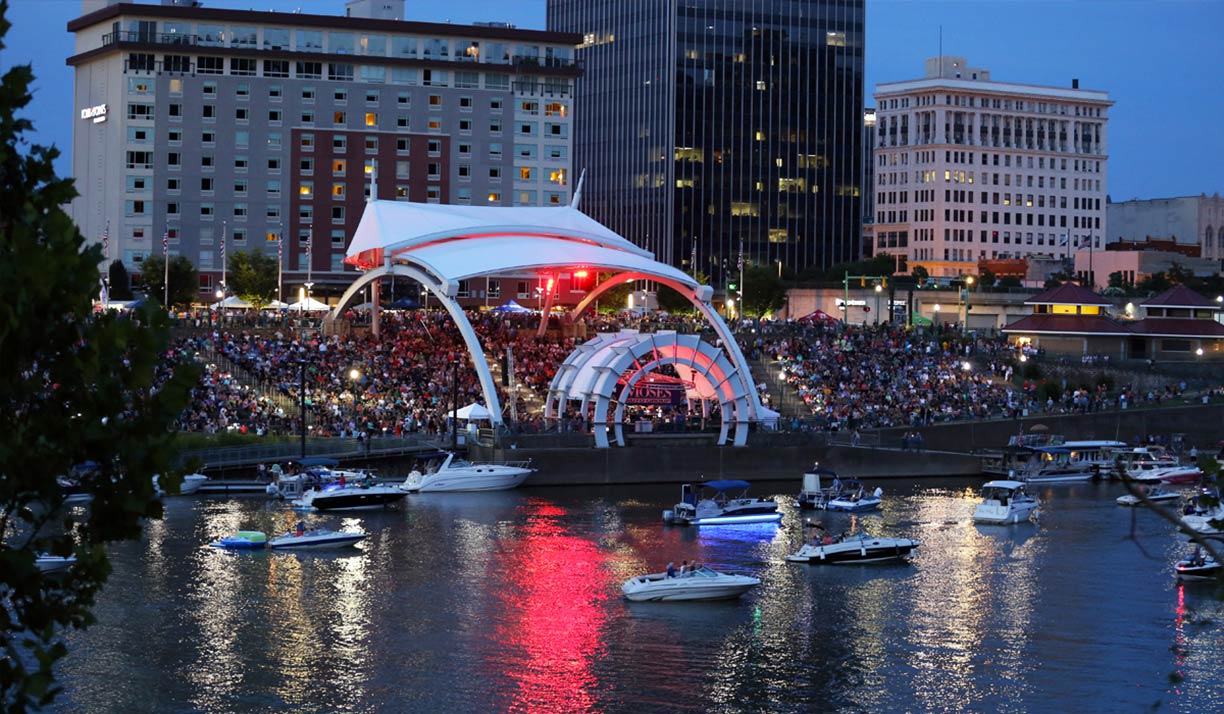 Shops at Kanawha (www.shopsatkanawha.com) is a shopping mall in the Kanawha City section of Charleston.

Parks:
Coonskin Park, the park along Elk River offers nature trails, a golf course, a soccer field, a pond, and a skatepark.
Daniel Boone Park is a park at the Kanawha River, opens daylight, closes at dusk.
Davis Park is a small city park in downtown Charleston.
Kanawha State Forest (www.kanawhastateforest.com), the state park south of Charleston comes with an extensive network of hiking and biking trails, several picnic areas, a public shooting range, 46 campsites, and fishing opportunities at the Ellison Pond. Beware of hunters in the area.

The map shows a city map of Charleston with expressways, main roads, and streets, and the location of Yeager Airport (IATA code: CRW), about three miles (5 km) east of the town center.

More about West Virginia and the US

External Links:
Charleston
Official website of the City of Charleston.