Satellite View and Map of the City of Montgomery, Alabama

The satellite view shows Montgomery, the capital city of Alabama, the state in the East South Central Region of the

United States. Montgomery is part of Montgomery County and lies almost in the center of the state at the Alabama River, 145 km (90 mi; by road), south of Birmingham, Alabama's largest city. 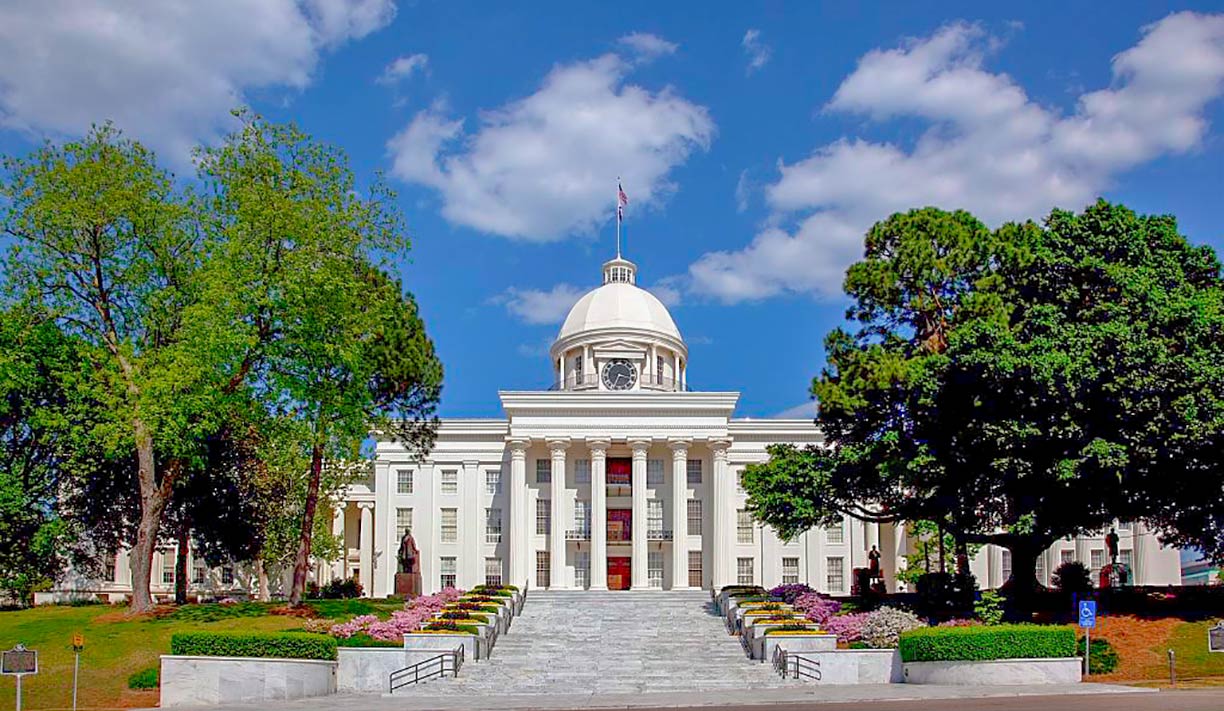 
Alabama's future capital came into existence in 1819 by the merger of two towns, East Alabama and New Philadelphia. The settlement became the incorporated town of Montgomery, named for General Richard Montgomery.
For a short time, the city held the title of the Capital of the Confederacy, for it briefly served as the first capital of the Confederate States. In 1846 Montgomery became Alabama's state capital.

Today it is the second-largest city in the Yellowhammer State (Alabama) with a population of 226,000 inhabitants (in 2018), 374,000 people live in its metropolitan area.

In 2014 Montgomery was awarded "All-America City 2014", the award is given annually by the National Civic League for outstanding civic accomplishments.


The city is home to the Alabama State University, one of the historically black universities, the Troy University (Montgomery campus), and the public university of Auburn University at Montgomery.
The city has a significant military presence due to Maxwell Air Force Base. The base is also the headquarters of Air University (AU), the U.S. Air Force's center for professional military education. 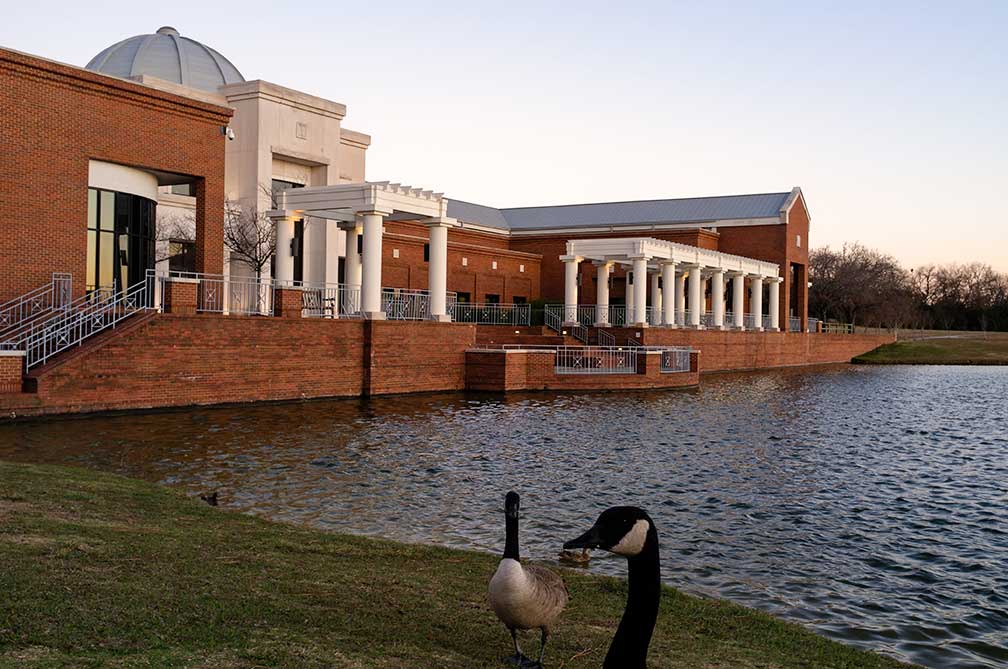 Historical places:
The Alabama State Capitol is a National Historic Landmark; the Greek-Revival style state capitol building was completed in 1851; it was home to the Alabama Legislature until 1985. Today it houses the Governor of Alabama and numerous other state offices. The building also houses a museum for state history and politics. Unlike other US state capitals, the Capitol isn't the seat of the government. The government of Alabama resides in the Alabama State House.

The First White House of the Confederacy (www.firstwhitehouse.org) was the executive residence of President Jefferson Davis and family while the capital of the Confederate States of America was in Montgomery (from February 4 until May 29, 1861.)


Visual arts:
Montgomery Museum of Fine Arts (mmfa.org) showcases a collection of American art from the eighteenth to the twenty-first century.

Churches:
Dexter Avenue Baptist Church, a Baptist church, built 1883-89, and a National Historic Landmark. In this church, Martin Luther King Jr. helped to organize the Montgomery Bus Boycott, a protest campaign against the policy of racial segregation on the public transit system of Montgomery. 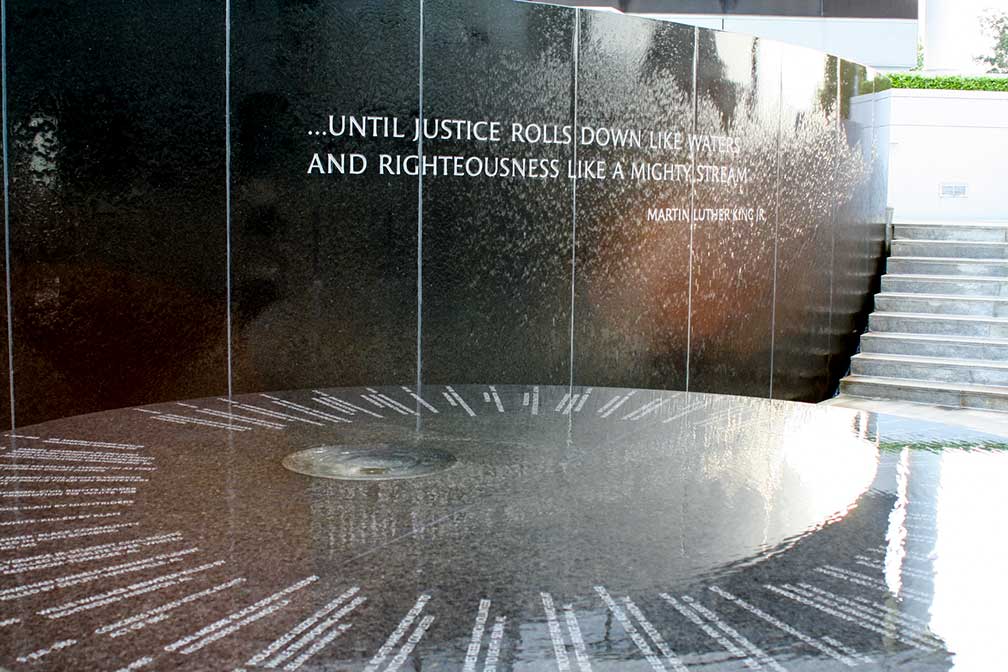 Memorials:
Civil Rights Memorial is a memorial to 41 people who died in the struggle for equal rights during the Civil Rights Movement in the United States.

The Troy University Rosa Parks Museum keeps records of the life and legacy of civil rights activist Rosa Parks, who became known for refusing to give up her seat for a white person on a Montgomery city bus.

Parks:
Montgomery Zoo is a 40-acre (16 hectares) park with 750 animals and the Mann Wildlife Learning Museum, a natural history museum featuring large animal trophies, furs, and antlers, plus mounted fish.
Wright Brothers Park is an urban public park overlooking the Alabama River, named in dedication to the Wright Brothers, the US aviation pioneers.

Sports:
Cramton Bowl is a 25,000-seat baseball stadium also in use for American football.

The page shows a city map of Montgomery with expressways, main roads, and streets; zoom out to find the location of Montgomery Regional Airport (IATA code: MGM) situated about 8.5 mi (14 km) southwest of the central business district.

More about Alabama and the US