Satellite View and Map of the City of Raleigh, North Carolina

The Satellite view shows Raleigh, the "City of Oaks", second most populous city and capital of the North Carolina, a state in the eastern central

United States with a coastline on the Atlantic Ocean. The city is the seat of Wake County, located 140 mi (225 km) northeast of Charlotte and 280 mi (450 km) southwest of Washington D.C. in central North Carolina. 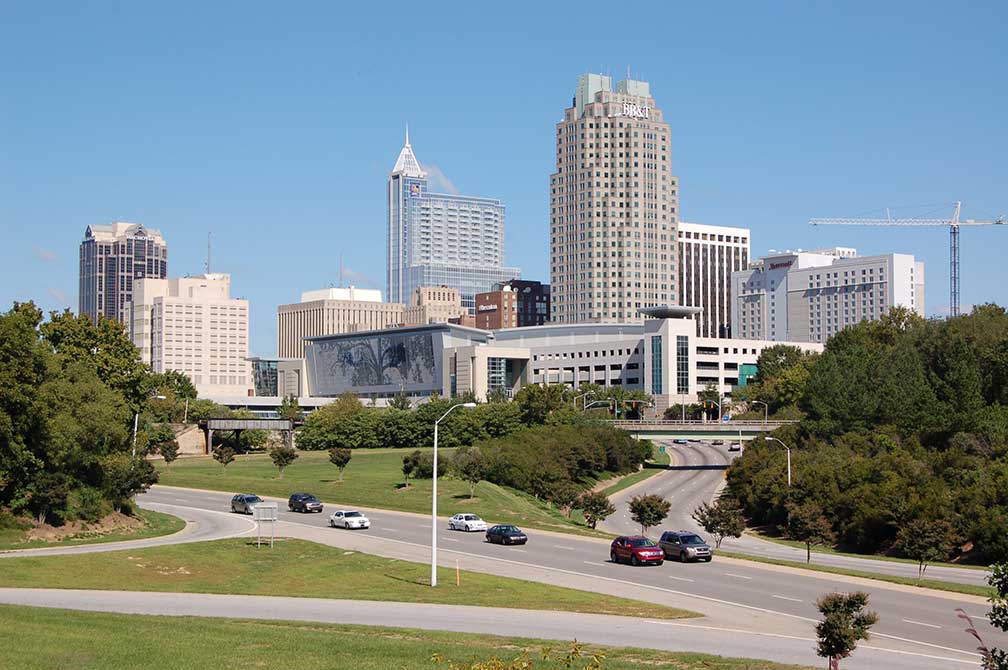 England's first attempt to colonize the New World was a miserable failure.

In the late 16th-century, by the charter of Queen Elizabeth I, Sir Walter Raleigh was about to found an English settlement on North Carolina's coast, albeit Raleigh himself never visited North America.

In 1587, a group of colonists led by John White, a friend of Raleigh and the future governor of the new colony, landed on Roanoke Island to establish the "Cittie of Raleigh".

The settlers’ food supplies soon began to grow short; the hungry colonists pressed White to return to England to get help.

White left the island for England, and 115 settlers were more or less left alone in the coastal wilderness of the continent, among them Virginia Dare, the first English child born in the New World.

Due to misfortune (lousy weather, pirates, hostile Spaniards) White only was able to return to Roanoke Island three years later and found the settlement had been long deserted. This abandoned site became known as the "Lost Colony." 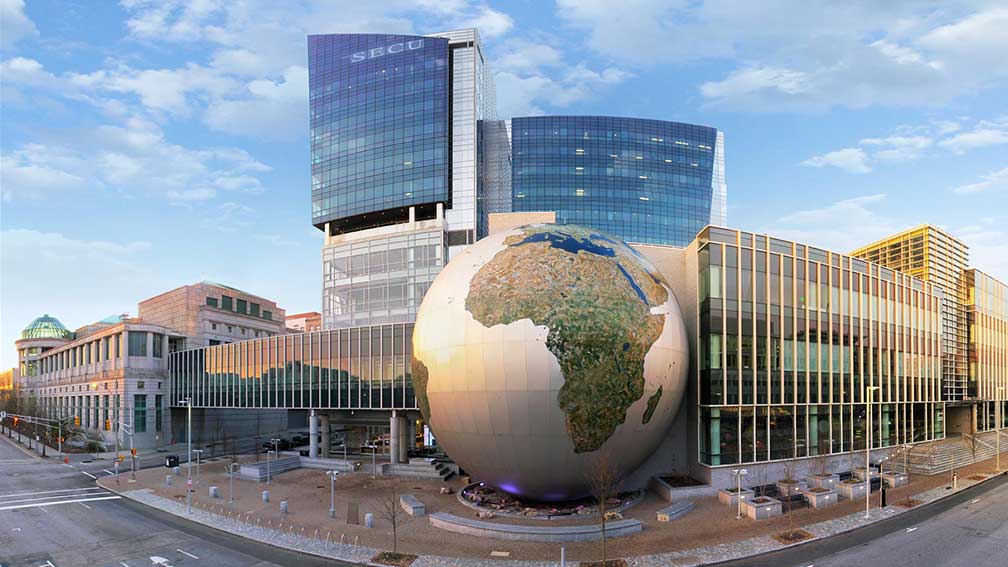 
200 years later, subsequent English settlers had put down roots in North Carolina and became US citizens.

In 1792, the North Carolina legislature authorized the purchase of land to establish a capital city. Said and done, in the same year, Raleigh was founded as the capital of North Carolina. Two years later they built the State House. In 1800 Raleigh's population was 669.

Today Raleigh's city population counts for about 450,000 inhabitants (est. 2015). The cities of Raleigh, Durham and Chapel Hill are forming one of the state's major urban areas, known as the "Research Triangle" with a population of more than 1.27 million people.

Raleigh's economy relies on banking and financial services; electrical, medical, electronic and telecommunications equipment; as well as clothing and apparel.


Other capital points of interest: 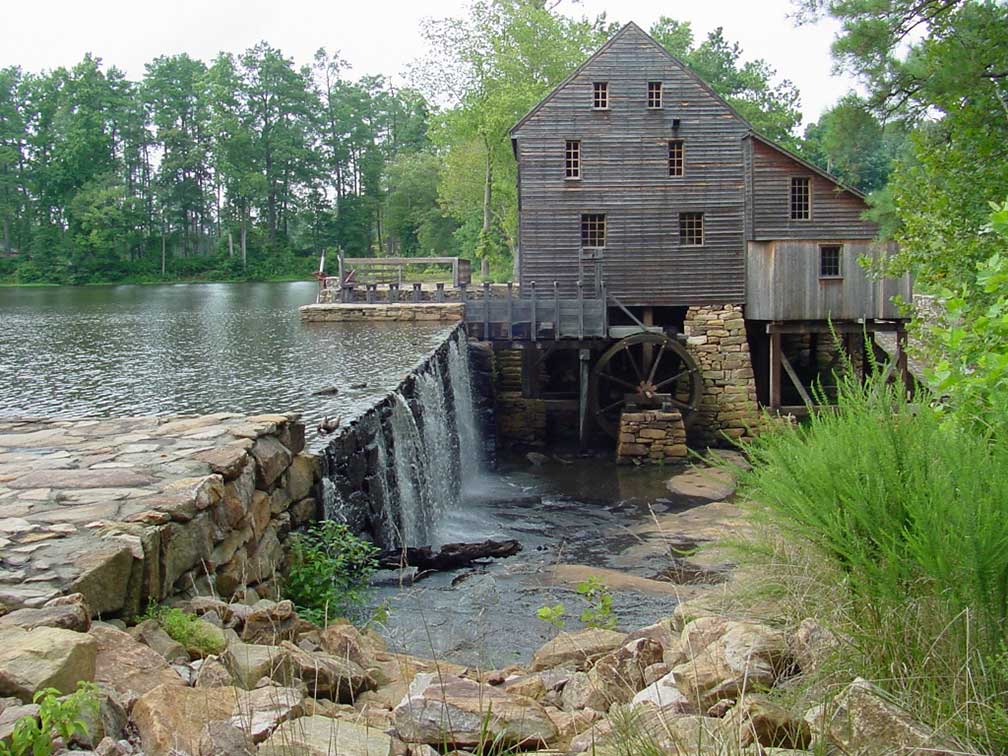 Historic places:
North Carolina State Capitol (www.ncstatecapitol.org) formerly the seat of the General Assembly (until 1963), it houses now offices of the Governor of NC. 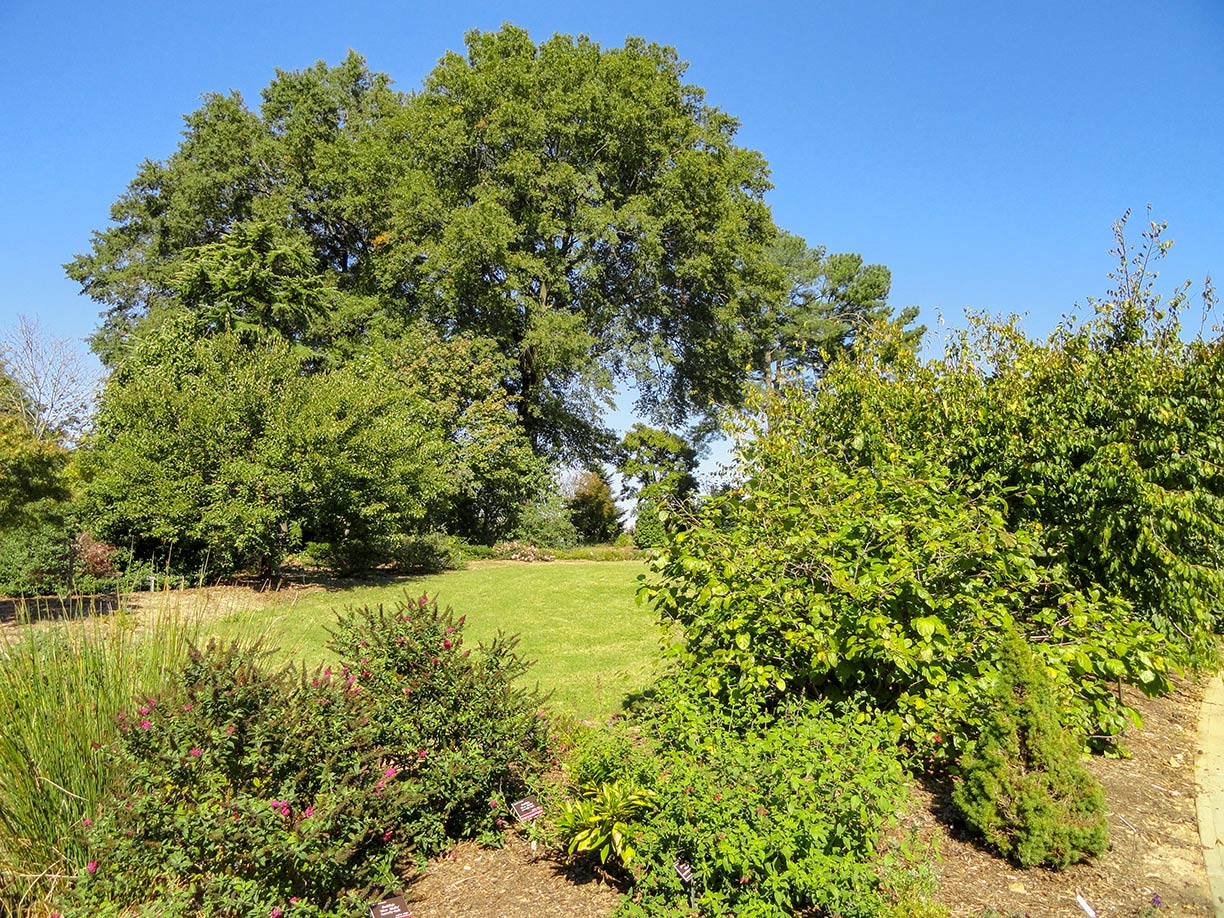 Morehead Planetarium and Science Center (moreheadplanetarium.org) is among the oldest and largest planetariums in the United States; it is located on the UNC campus at Chapel Hill.

Parks:
Pullen Park is a public park with a pond; it lies adjacent to the campus of North Carolina State University.

JC Raulston Arboretum (jcra.ncsu.edu) an arboretum and botanical garden with one of the largest and most diverse collections of landscape plants adapted for landscape use in the Southeast.

Just zoom in (+) to see the Capitol Area Historic District with North Carolina State Capitol, a National Historic Landmark and the main house of the government of the U.S. state of North Carolina.

The page shows a city map of Raleigh with expressways, main roads; and streets, zoom out to find Raleigh-Durham International Airport (IATA code: RDU) located in northwest 14 mi (23 km) by road, midway between the cities of Raleigh and Durham.

More about North Carolina and the US

Other major Cities in North Carolina: