Satellite View and Map of the City of Baton Rouge, Louisiana

ExxonMobil oil refinery seen from the capitol tower, Baton Rouge. It is the fourth-largest oil refinery in the United States.
Image: Adbar

The satellite view shows Baton Rouge, the seat of East Baton Rouge Parish (county), the capital and second largest city (behind New Orleans) of the State of Louisiana in the

United States. The river port city is located in the southeastern part of the state along the Mississippi River, about 80 mi (130 km) northwest of New Orleans. 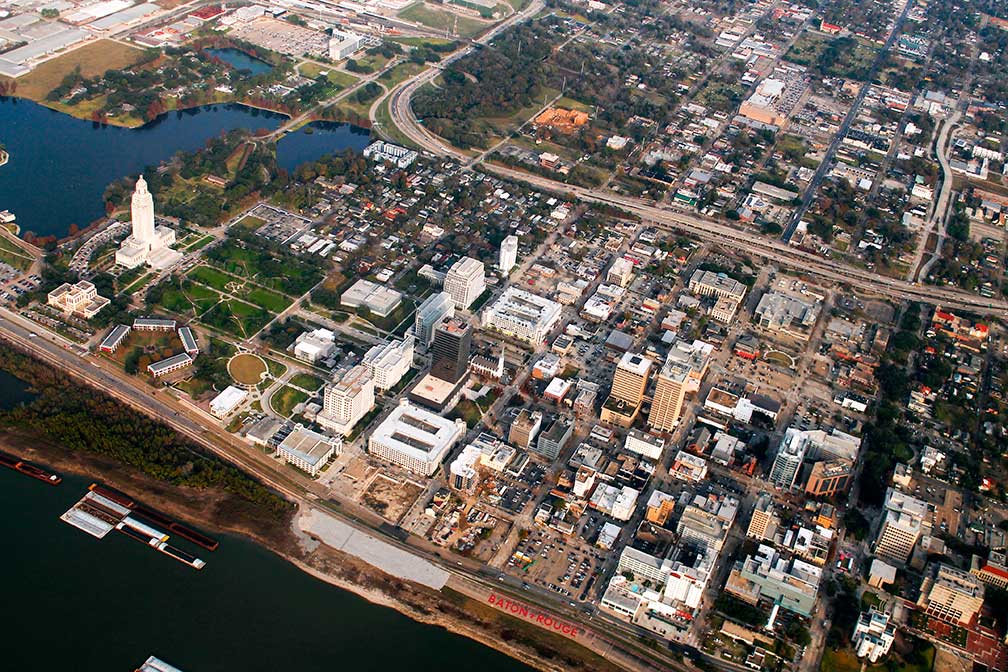 The city began its existence in 1719 as a French military post. The French were forced to cede the fort and settlement to Great Britain in 1762. Spain captured the town in 1779, and it became part of Spanish Florida. In 1803 the United States bought a big chunk of land from France (Louisiana Purchase), the bargain doubled the size of the United States, but Baton Rouge was not part of the deal. The United States annexed the town in 1815. Two years later in 1817, Baton Rouge was incorporated, it became Louisiana's state capitol in 1849.
During the Civil War, the capital was moved to Shreveport. Baton Rouge was made capital of Louisiana again in 1882.

In the 19th century, the city became a hub for steamboat trade and transportation, and its population grew steadily. 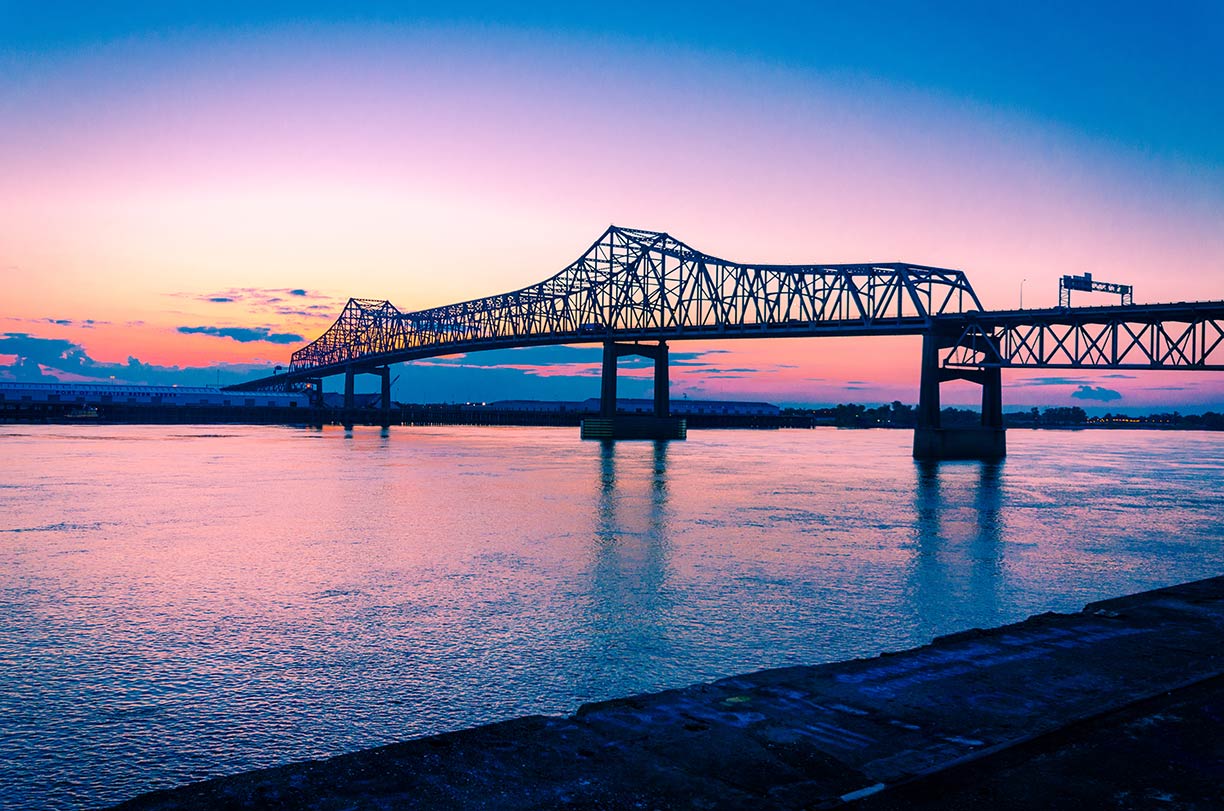 Baton Rouge is a growing technology center; its economy relies on industrial products, especially from petrochemistry.

The city became a top location for motion picture filming in recent years, with a growing number of movie studios. The largest employer in Baton Rouge is the State of Louisiana. 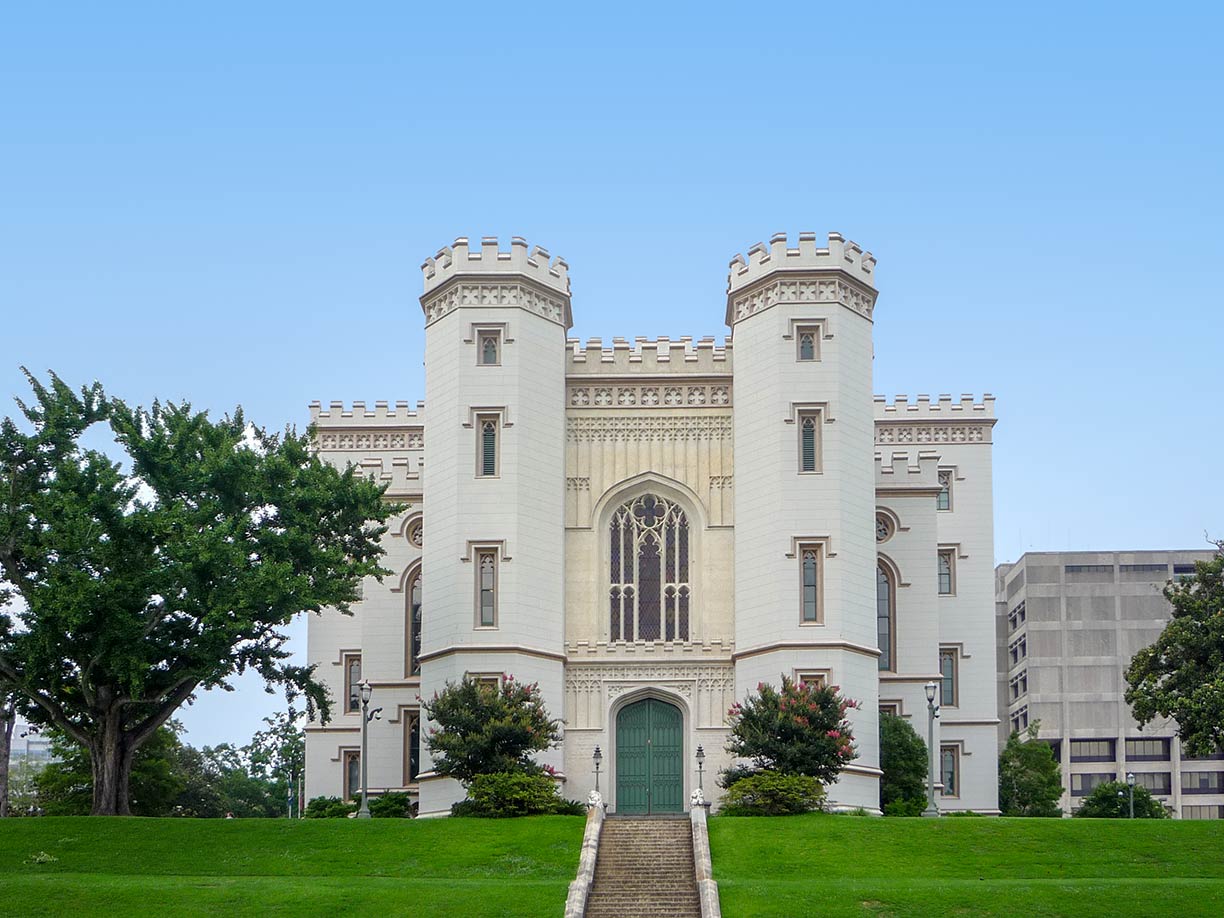 The Shaw Center for the Arts (www.shawcenter.org), is a performing art venue and a fine arts museum.

Baton Rouge River Center (raisingcanesrivercenter.com), now dubbed 'The Raising Cane’s River Center' is an entertainment complex in the downtown area. The center comes with an arena, an exhibition hall, a Grand Ballroom, several meeting rooms, a theater, and a galleria at the entrance.

Parks:
BREC's Baton Rouge Zoo (www.brzoo.org), is home to over 800 animals from around the world.

Just zoom in (+) to see Louisiana State Capitol building, the seat of the government for the U.S. state of Louisiana.

More about Louisiana and the US