Satellite View and Map of the City of Harrisburg, Pennsylvania

The satellite view shows Harrisburg, the county seat of Dauphin County and the capital of the Commonwealth of Pennsylvania, one of the Mid-Atlantic states in the northeast of the

United States. The city is located on the east bank of the Susquehanna River in the southeastern part of Pennsylvania, about 80 mi (130 km) north of Baltimore, and 107 mi (172 km) west of Philadelphia PA. 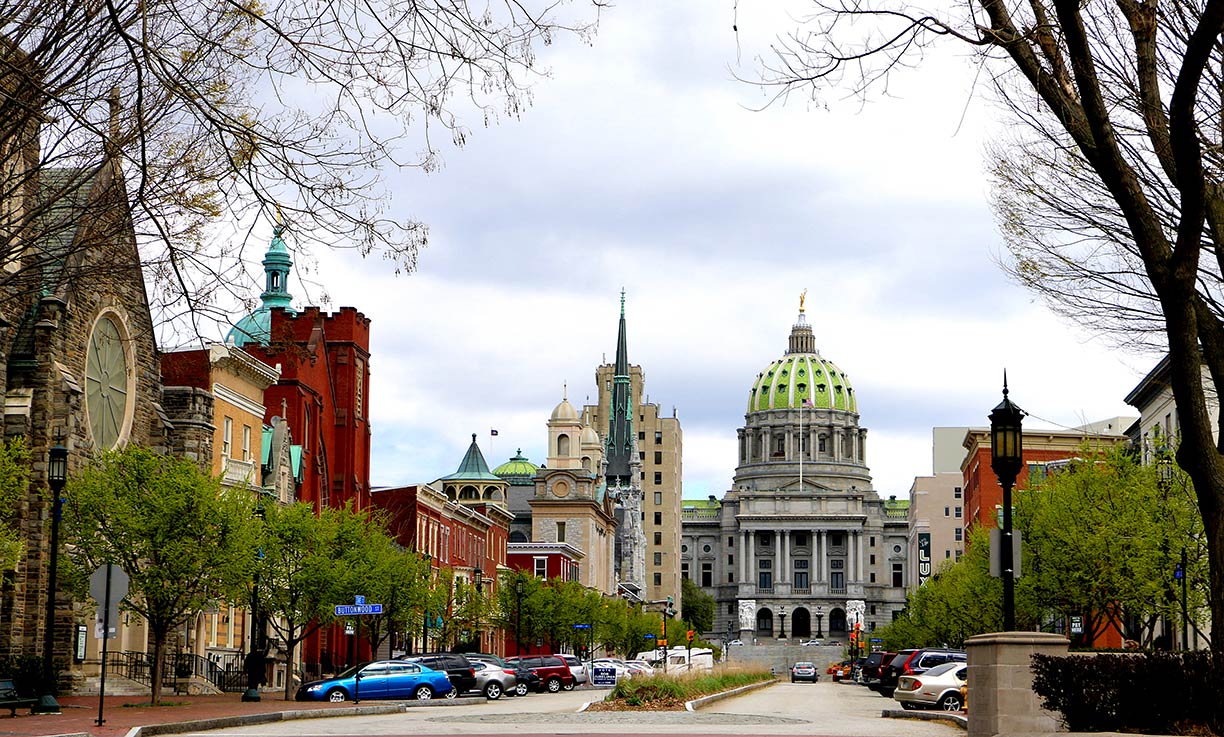 The city began its existence as a trading post in 1719. The town was incorporated in 1791, and in 1812 it became Pennsylvania's state capital. Ten years later in 1822, the state capitol was completed; it burned to the ground in 1897.

Today the core city of Harrisburg has a population of about 49,200 inhabitants, in the Harrisburg–Carlisle metropolitan area live about 565,000 people (in 2018).

The city is a regional center for trade, warehousing, and distribution. Largest employers are the state government, the US Federal government, Giant Food Stores, the Penn State Hershey Medical Center, and Hershey Entertainment and Resorts.

The city is home to several institutions of higher learning, like the Dixon University Center (www.dixonuniversitycenter.org), the Harrisburg University of Science and Technology (www.harrisburgu.edu), and the Penn State Harrisburg (harrisburg.psu.edu).

Fort Hunter Mansion (forthunter.org), the Archibald McAllister House is a 19th-century mansion built on a bluff overlooking the Susquehanna River; it is now a museum surrounded by a park.


Museums:
The State Museum of Pennsylvania (statemuseumpa.org) is located near the Capitol; the museum covers Pennsylvania's history from prehistoric times up to current events.

The Whitaker Center for Science and the Arts (www.whitakercenter.org), is a museum with an IMAX theater; it combines science and performing arts under one roof.

Libraries:
State Library of Pennsylvania (www.statelibrary.pa.gov), Pennsylvania's state library is one of the largest research libraries in the Commonwealth, located on the grounds of the State Capitol Complex. 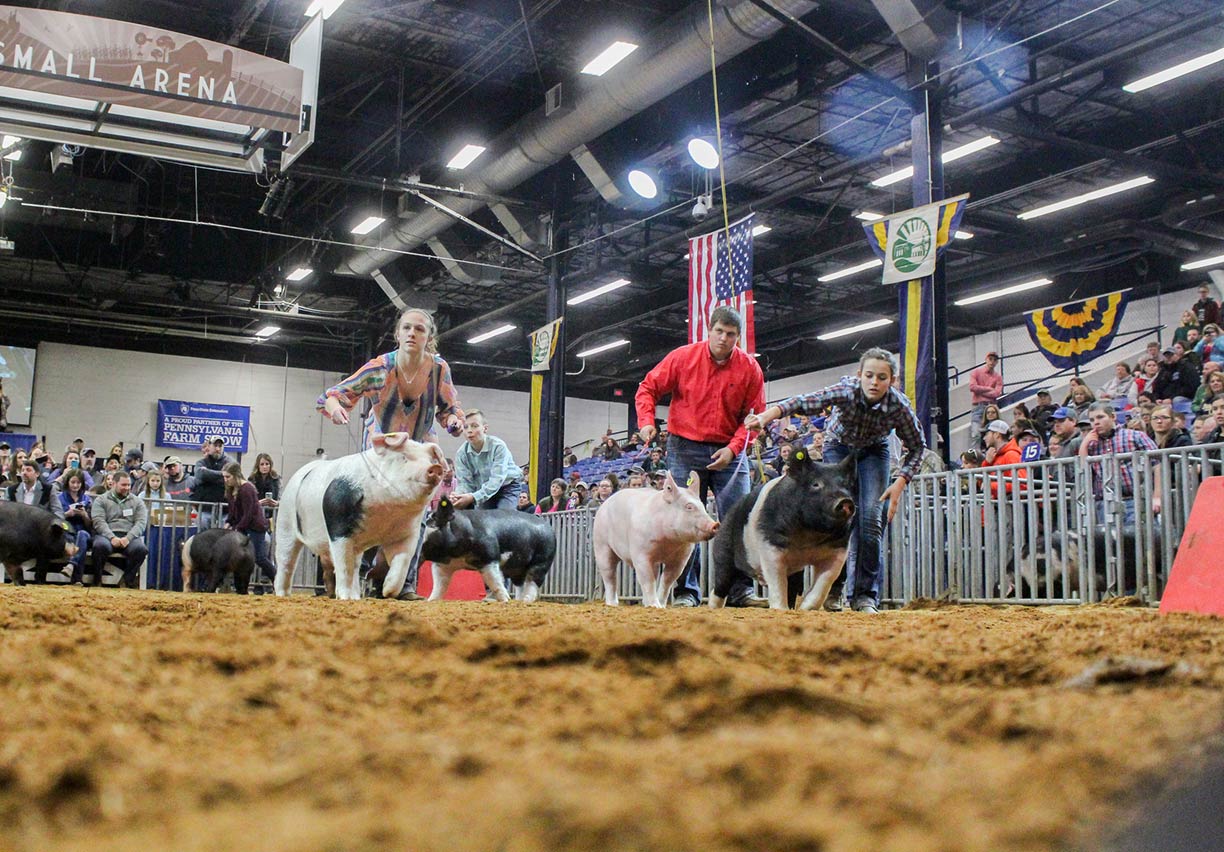 Sports:
FNB Field is a baseball park located on City Island; it is the home field of the Harrisburg Senators (www.senatorsbaseball.com). 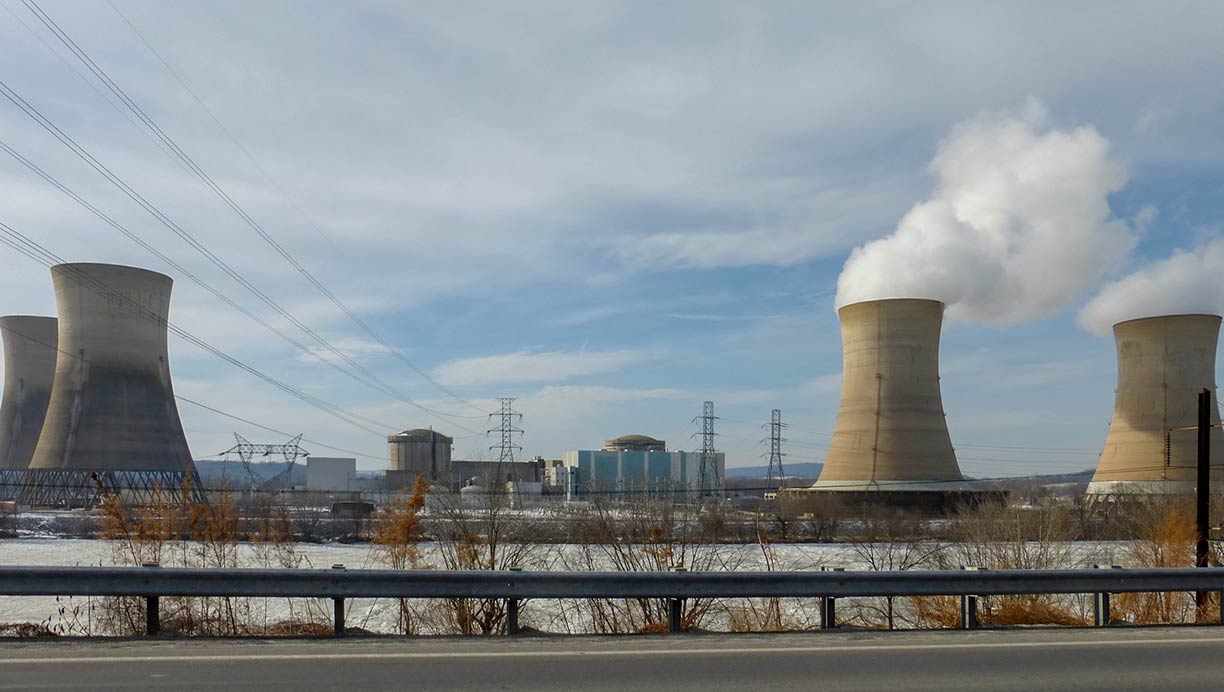 Southeast of Harrisburg International Airport you can see "Three Mile Island", known for the worst civilian nuclear accident in the United States - until now.

More about Pennsylvania and the US

Other Cities in Pennsylvania:

External Links:
Harrisburg
Official website of the City of Harrisburg.