Satellite View and Map of the City of Austin, Texas

The satellite image shows Austin, the seat of Travis County and the capital city of Texas, a US state with a coastline on the Gulf of Mexico in the south-central part of the in the

United States.
Austin is the southernmost state capital of the contiguous 48 states and the 11th largest US city, located in south central Texas along the Colorado River. The city lies about 195 mi (315 km) southwest of Dallas, 80 mi (130 km) northeast of San Antonio, and 165 mi (265 km) west of Houston. 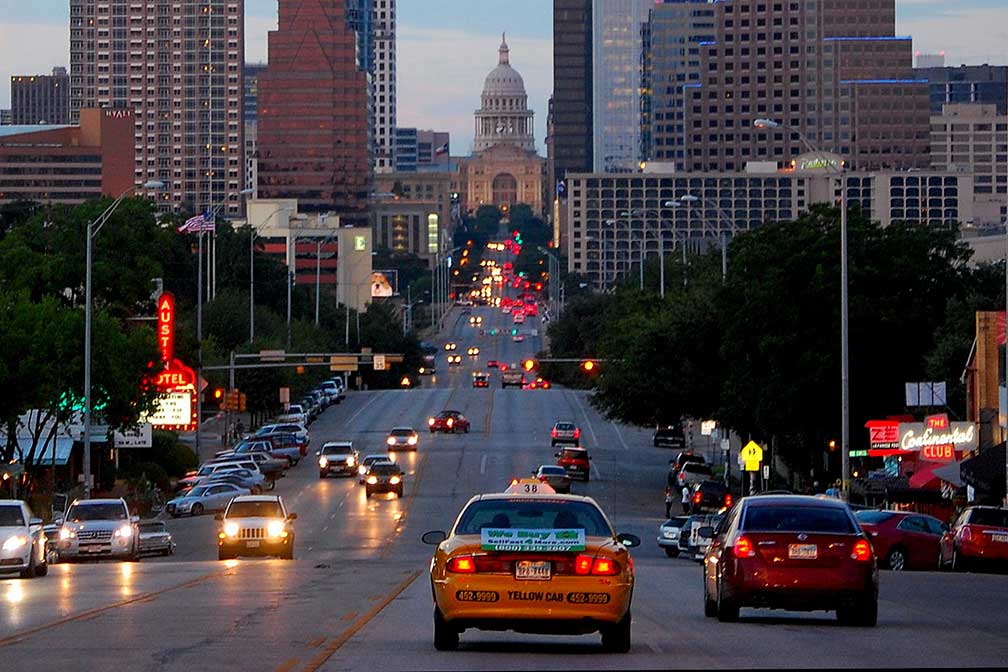 But, what the new Republic didn't have was a capital city. So in 1839, a commission was formed to find a location for a new capital. They opted for a place at the Colorado River, a place then known as Waterloo.

The riverside village of Waterloo was chosen to house the capital of the republic, and the town was renamed into Austin (in 1839) to honor Stephen F. Austin, father of the republic. Six years later in 1845, Texas was annexed by the United States. In the same year, the former republic was admitted to the Union as the 28th state.


Today Austin has a city population of about 932,000 inhabitants; 2 million people live in the Austin-Round Rock-San Marcos metropolitan area (est. 2015). 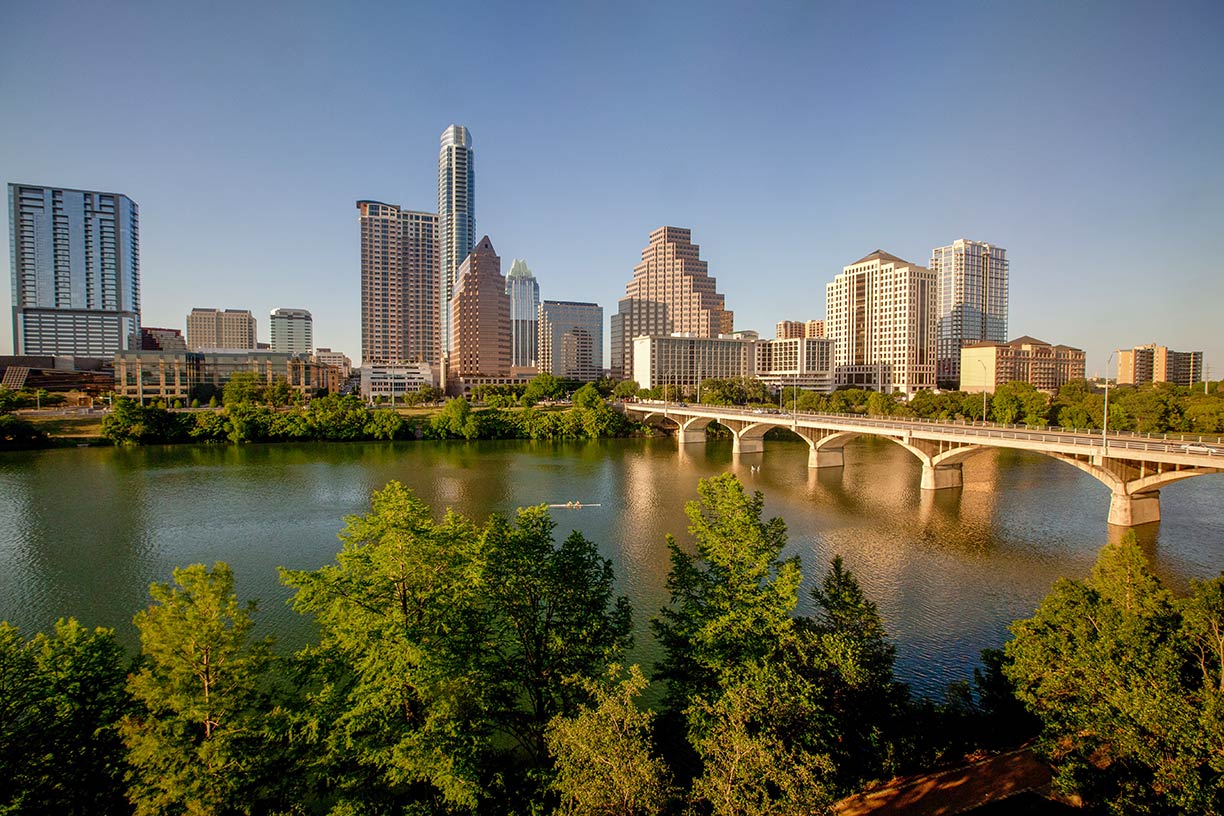 Austin's Congress Avenue Bridge spanning Lady Bird Lake, in the background the One Congress Plaza building behind Radisson Hotel, on the right side of the bridge. The Four Seasons Residences is the high-rise on the far right behind the San Jacinto Center. The tower in the center is The Austonian, the city's tallest building completed in 2010.
Image: Ed Schipul
Austin is well-known for its music scene; there are more than 250 live music venues in town. The official slogan of the city is The Live Music Capital of the World.

Also famous is Austin's vibrant nightlife - and the much-needed breakfast tacos after that. The town is also proud of its food trucks and BBQs.

And there are the moonlight towers, Austin is the only city in the world known to have still moonlight towers, very tall lighting structure designed to illuminate areas of a town used in the 18th and 19th century.

The Congress Avenue Bridge is famous especially due to an estimated 1.5 million-strong horde of migratory bats, living in summers underneath the bridge.

The town is also famous for the understandable resentments of locals against people who write nonsense about their city.


Historic places:
Texas State Capitol (tspb.texas.gov), Texas' capitol building was completed in 1888. At the time of its construction, the capitol was billed as "The Seventh Largest Building in the World." It houses the offices and chambers of the Texas Legislature and the Office of the Governor.


Museums:
Bullock Texas State History Museum (www.thestoryoftexas.com), the history museum with an IMAX cinema offers three floors of interactive exhibits; the museum's mission is to tell the 'Story of Texas'.

Harry Ransom Center (www.hrc.utexas.edu) is an archive, a humanities research library, and a museum at the University of Texas at Austin. The Ransom Center exhibits culturally important documents and artifacts like Jack Kerouac's notebook, George Aiken's original manuscript for the stage adaptation of Uncle Tom's Cabin, and Robert De Niro's make-up stills. 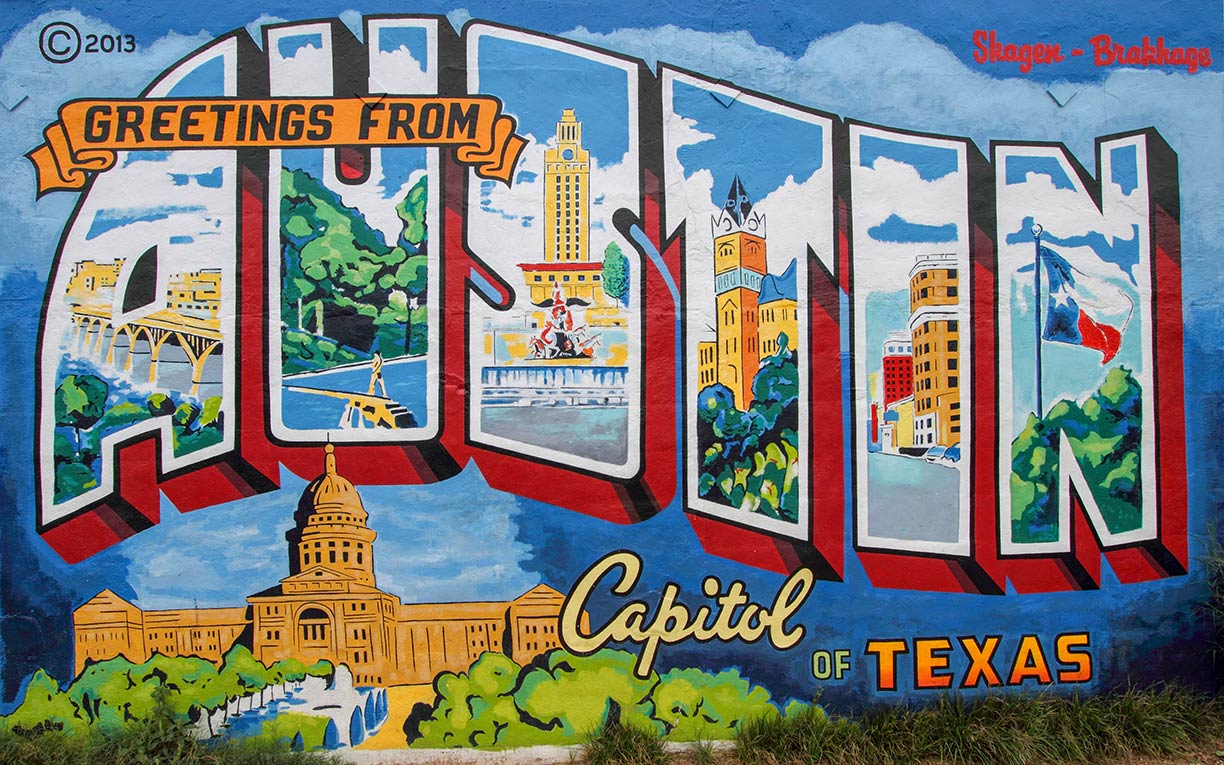 Blanton Museum of Art (blantonmuseum.org), Where Art Meets Austin. The art museum located on the campus of the University of Texas is the city's primary art collection. The Blanton’s permanent collection of almost 18,000 works is recognized for its European paintings, prints and drawings, and modern and contemporary American and Latin American art. Additionally, the museum presents world-class temporary exhibitions year round.

Center for Mexican-American Cultural Arts (info), is a center for contemporary Mexican and Latino art and culture.

Women & Their Work (womenandtheirwork.org), is an art gallery which hosts exhibitions, performances, literary readings, and workshops.


Library:
Lyndon Baines Johnson Library and Museum (www.lbjlibrary.org), a federally run library and one of the 13 Presidential Libraries in the US. The LBJ Library houses 45 million pages of historical documents, including the papers of President Johnson and those of his close associates and others. 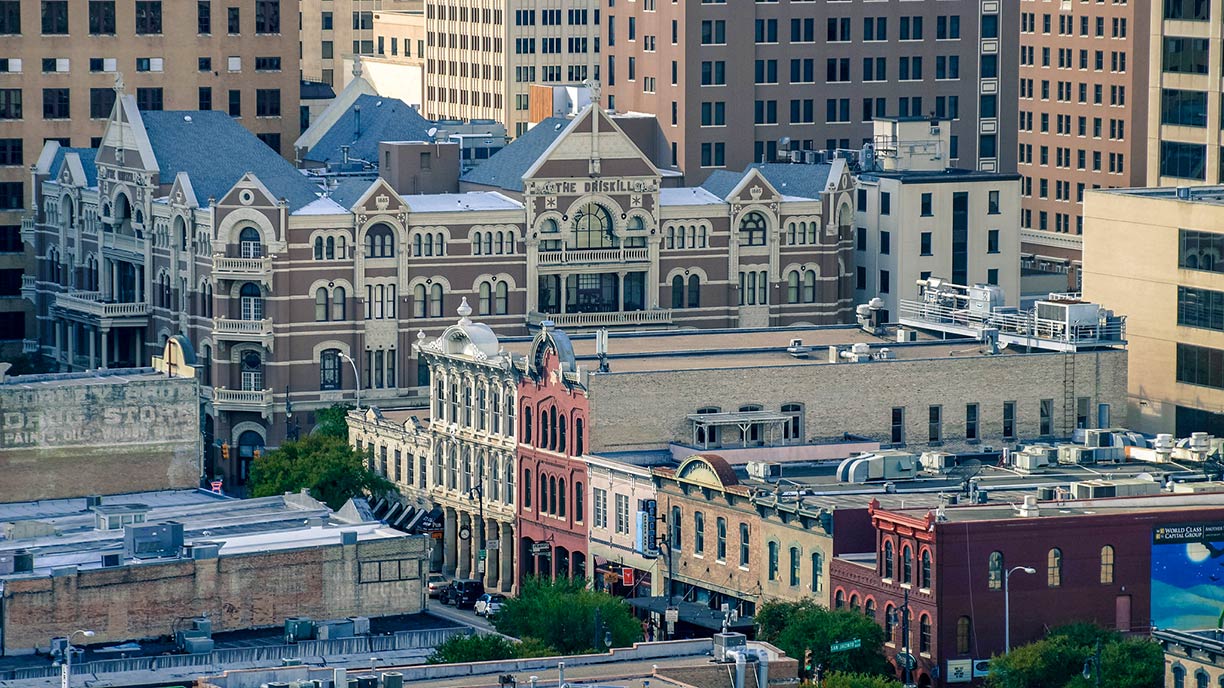 
Sixth Street is a historic street and a major entertainment district since the 1970s in the urban core of the city.
Broken Spoke (www.brokenspokeaustintx.net) local culture; honky-tonk dance hall with live music and boot-scootin' line dancing.


Parks:
Auditorium Shores, urban park within Town Lake Park, the site of major music performances at South by Southwest (sxsw.com), a film, interactive media, and music festival. The park was the site of the final show (in 2015) of the long-running Fun Fun Fun Fest (F3F), an annual music and comedy festival.

Zilker Metropolitan Park and Zilker Botanical Garden is a large recreational area and botanical garden along the Colorado River.

Austin Zoo (austinzoo.org) is a small rescue zoo and animal sanctuary which began as a goat ranch in 1990.


Outdoors:
Mount Bonnell, a mount with a vista on Lake Austin and the city's skyline beyond.
McKinney Falls State Park (info), park with two waterfalls and several hiking trails through the Hill Country woods.


Sports and events venues:
Circuit of the Americas (www.circuitoftheamericas.com) motor racing facility in Elroy, host to the Formula One United States Grand Prix and the Motorcycle Grand Prix of The Americas.

Frank Erwin Center (uterwincenter.com), is a sports and events arena on the campus of the University of Texas at Austin.

Dell Diamond is a Minor League baseball stadium in Round Rock.

Just zoom in to see Texas State Capitol, a U.S. National Historic Landmark, and seat of the state government of Texas.

Other large cities in Texas are Dallas, Houston, and San Antonio.

More about Texas and the US

Other major cities in Texas: