Satellite View and Map of the City of Phoenix, Arizona

Encanto Lake in the park with the same name in central Phoenix, Arizona.
Image: Visitor7

The satellite view shows Phoenix, since 1889 the capital of Arizona. The state in the southwestern U.S. is best known for the Grand Canyon. Phoenix is located in the Salt River Valley in central Arizona in the northern reaches of the Sonora Desert, one of the largest and hottest deserts in North America. The Salt River, a tributary of the Gila River, runs westward through the city. Phoenix is situated midway between El Paso, Texas, and Los Angeles, California. 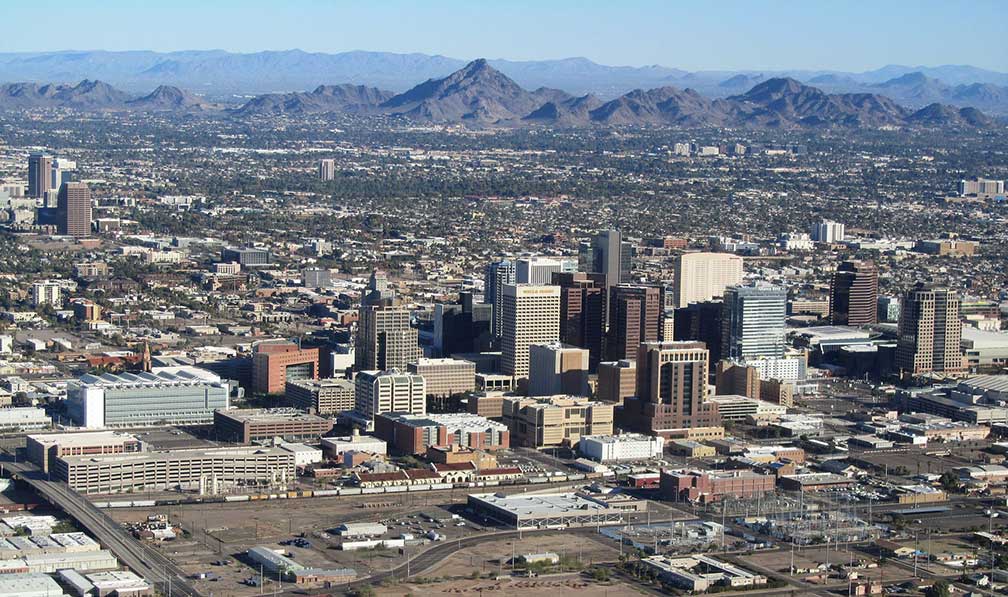 It is Arizona's largest city and the fifth-largest city in the US. Phoenix has a population of about 1.6 million inhabitants, 4.7 million people live in the Phoenix-Mesa-Scottsdale, AZ Metro Area (in 2017).

Phoenix has a subtropical desert climate with sweltering summers and warm winters.


Some of the city's attractions are:

Phoenix Points of Pride are 33 landmarks and attractions within the city limits of Phoenix: St. Mary's Basilica, the Phoenix Zoo, the US Airways Center, the Mystery Castle, and a shooting facility are some of them.

The Desert Botanical Garden (www.dbg.org), a huge botanical garden with native plants and cacti is located in Papago Park. 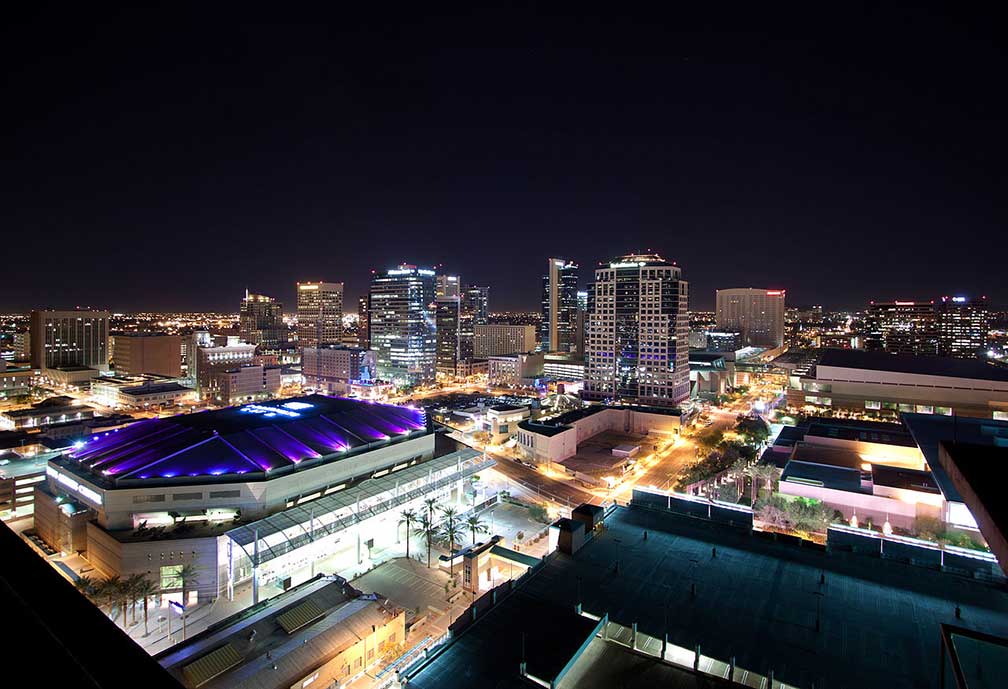 Camelback Mountain, the highest point in the Phoenix Mountains is a popular location for hiking and climbing.
South Mountain Park is one of the largest urban parks in North America, with many trails, wildlife, and a drivable road to a lookout with sweeping city views.

Arts
The Heard Museum (heard.org) is a museum for Native American art, culture, and history.

The Phoenix Art Museum (www.phxart.org) is the largest art museum in the Southwestern United States, it exhibits a huge collection of national and international modern and contemporary art, and it features a landscaped Sculpture Garden.

The Scottsdale Museum of Contemporary Art - SMoCA (www.smoca.org), the contemporary art museum is dedicated solely to modern works of art, design, and architecture. The museum is in downtown Scottsdale, in the Greater Phoenix Area. 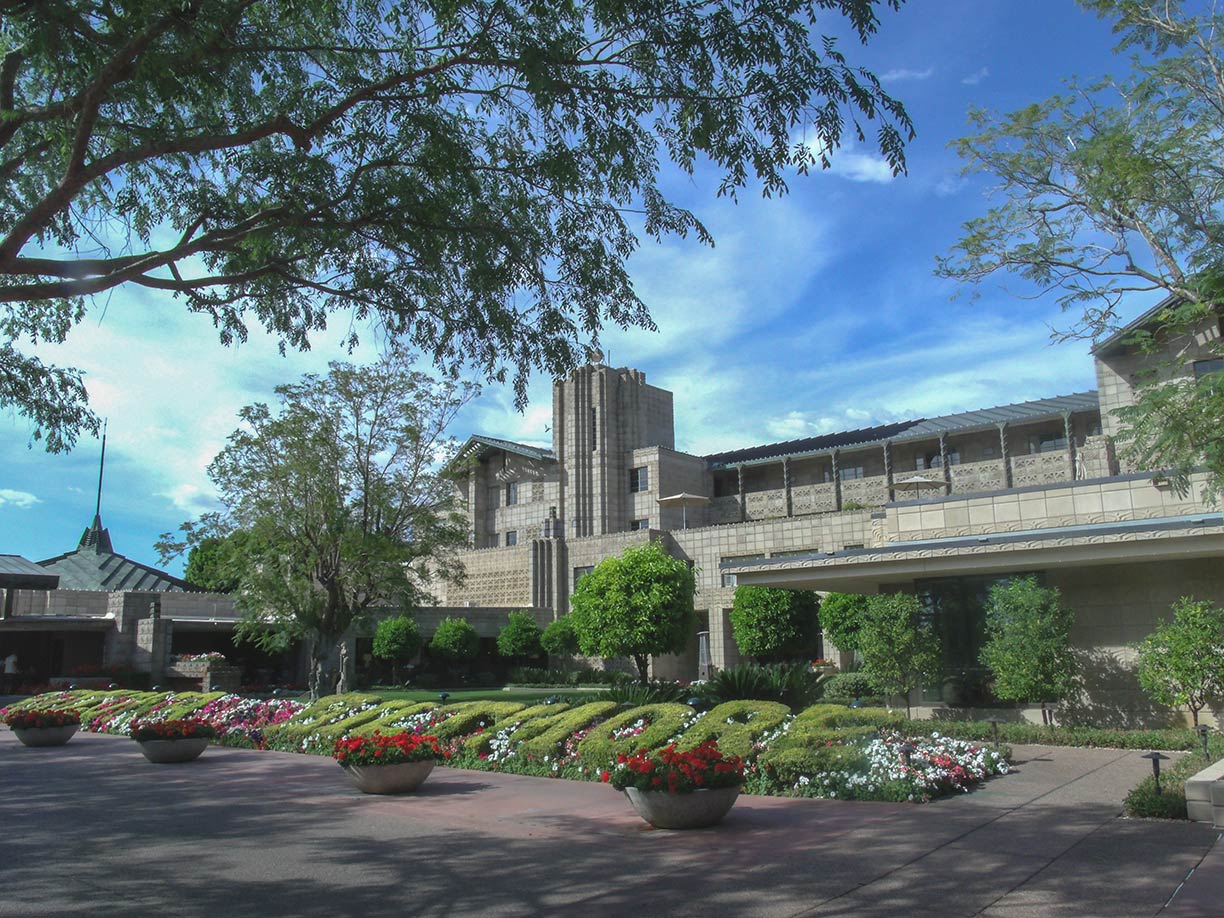 Arizona Biltmore Hotel with its iconic architecture was built in 1929, it is designated as a Phoenix Point of Pride.
Image: Marine 69-71

Orpheum Theatre is a historic theater in the center of downtown Phoenix, the 1364-seat venue is now home to the Phoenix Opera (www.phoenixopera.org).

Phoenix Symphony Hall is home to the Phoenix Symphony, the Arizona Opera, and the Ballet Arizona. The multi-purpose performing arts venue is situated in Downtown Phoenix.

Science
The Arizona Science Center (www.azscience.org), fun with science! The science museum lies within the Heritage and Science Park in downtown.


The page shows a city map of Phoenix with expressways, main roads, and streets, and the location of Phoenix Sky Harbor International Airport (IATA code: PHX) which is about 4.3 miles (7 km) by road, east of Phoenix's central business district.

Just zoom in to see the Arizona Capitol Museum in Downtown Phoenix.

More about Arizona and the US

Other cities in Arizona: