Satellite View and Map of the City of Frankfort, Kentucky

The satellite view shows Frankfort, the seat of Franklin County and the capital of the Commonwealth of Kentucky, one of the fifty states in the

United States. The city is located in the Bluegrass region of Central Kentucky on both banks of the Kentucky River. 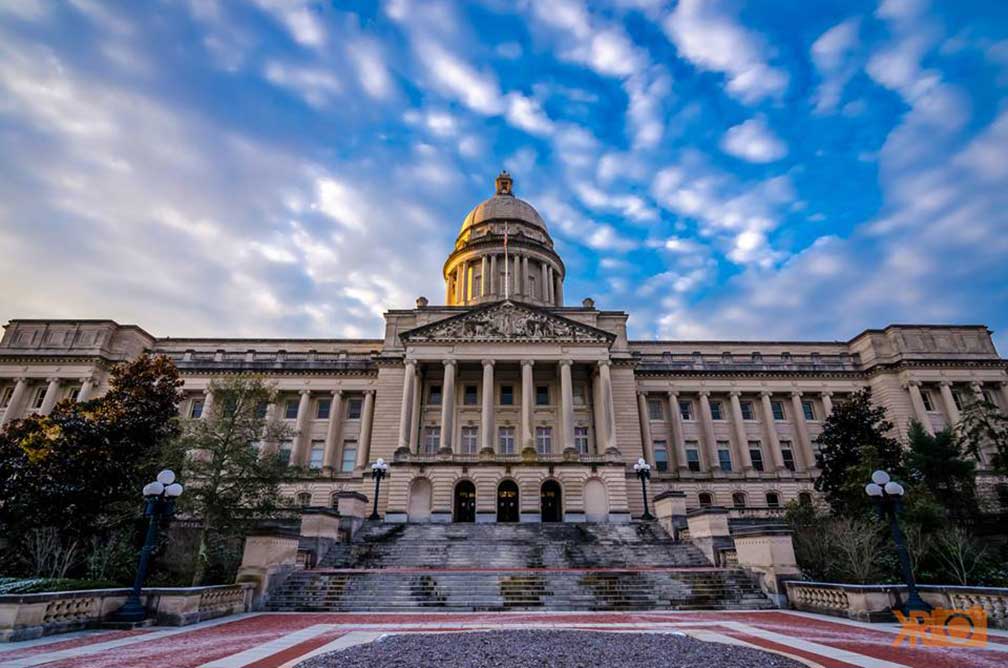 Kentucky State Capitol in Frankfort. The Beaux-Arts building houses the Kentucky state government.
Image: Kittugwiki
The region of today Frankfort was settled at the end of the 18th century. In 1792, Kentucky became the 15th state, and Frankfort its capital.

Today the town has an estimated population of 27,600 inhabitants (in 2018). About 72,000 people live in Frankfort's Micropolitan Statistical Area.
About half of the population is working in state or local government agencies.

Frankfort is home to the Kentucky State University (kysu.edu), a historically black university.

The city is a trading center for mid-Kentucky, and home to auto part producers and several major distilleries of Kentucky Bourbon, including the Buffalo Trace Distillery. 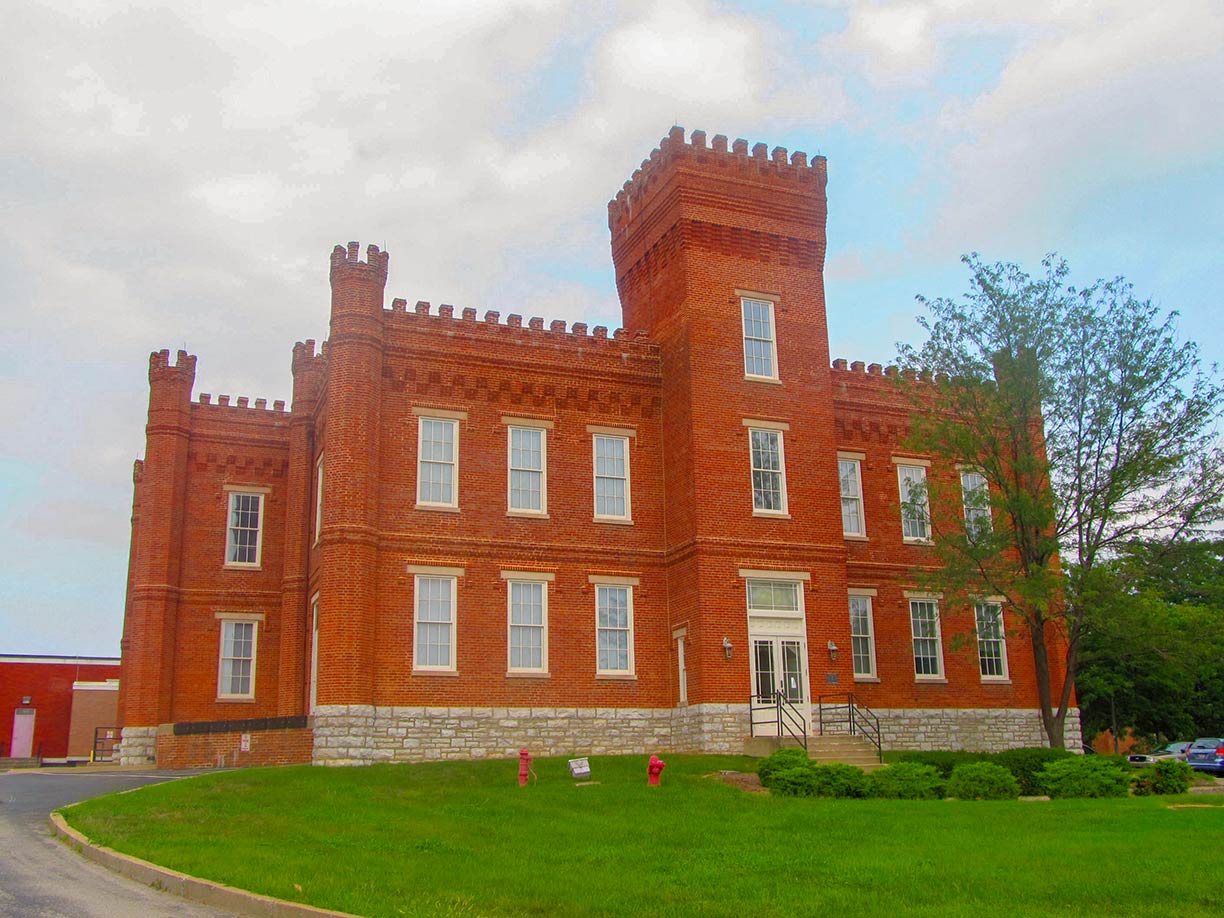 Jackson Hall, Kentucky State University in Frankfort. The Recitation Hall, the college's first permanent building, was built in 1887.
Image: Matthew Peek
Historical sites:
Kentucky State Capitol, Kentucky's capitol was built between 1905 and 1909; it houses all three government branches, the Governor of Kentucky, the Senate Chamber, the House of Representatives, and the Supreme Court Chamber.

The Old State Capitol was the third Capitol of Kentucky, it served as the seat of Kentucky's government from 1830 to 1910, since 1920 it is home to the Kentucky Historical Society.

Buffalo Trace Distillery (www.buffalotracedistillery.com) is among the oldest continuously operating distillery in the United States.

Zeigler House is the only building in the state of Kentucky designed by famous American architect Frank Lloyd Wright.

Other landmarks:
Floral clock, the US$50,000 giant watch is a landmark on the lawn of the state capitol.

Kentucky Vietnam Veterans Memorial (www.kyvietnammemorial.net), the memorial in the form of a sundial contains the name of 1,103 Kentuckians killed in the Vietnam War. 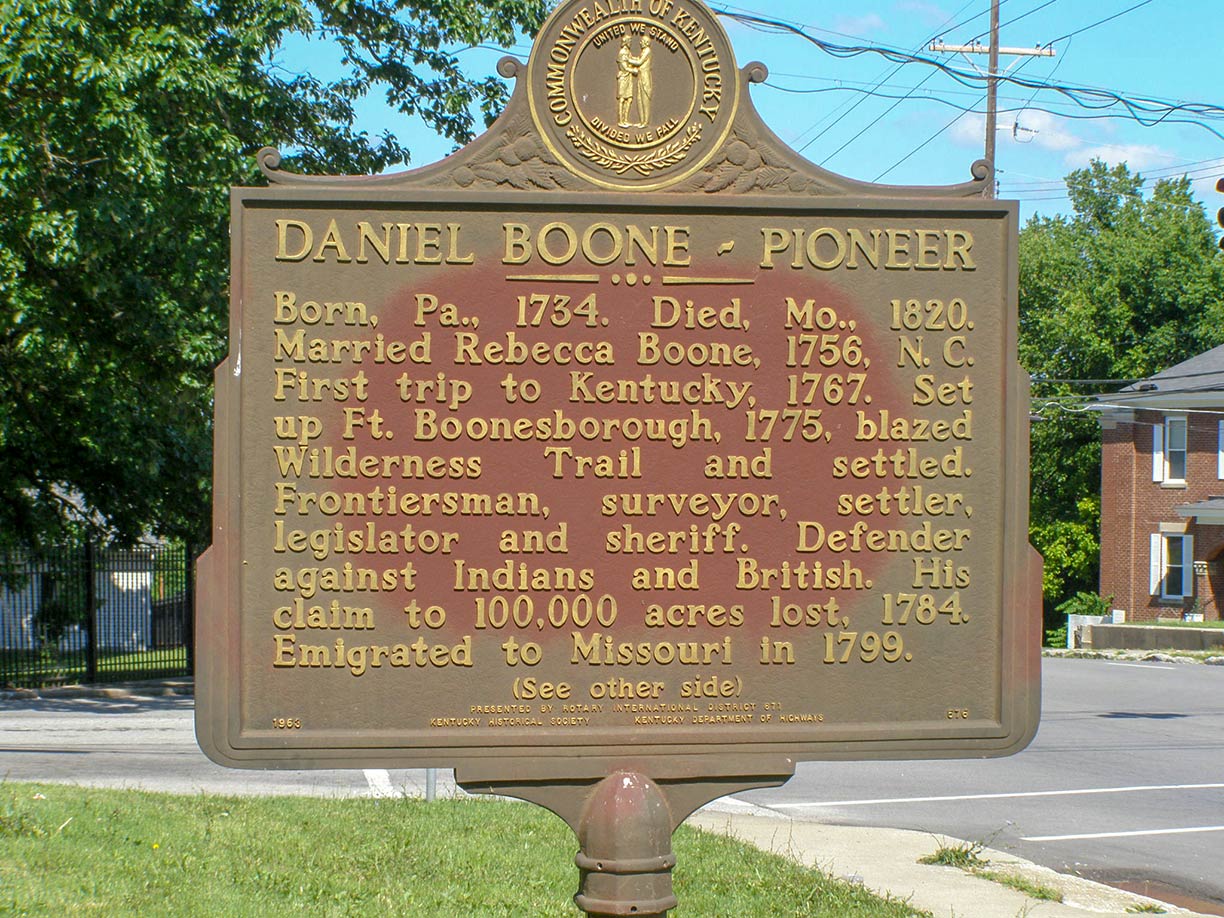 Kentucky Military History Museum (history.ky.gov/visit/kentucky-military-history-museum), is a museum dedicated to Kentucky’s military past and to the Kentuckians who fought in the War of 1812 and the American Civil War. The museum is housed in the former State Arsenal.

Just zoom in (+) to see Governor's Mansion and Kentucky State Capitol, which houses the executive, legislative, and judicial branches of the state government of the Commonwealth of Kentucky, the Office of the Governor of Kentucky, the Senate Chamber, the House of Representatives, and the Supreme Court Chamber.

The page shows a city map of Frankfort with expressways, main roads, and streets.

More about Kentucky and the US