Satellite View and Map of the City of Boise, Idaho

The satellite view shows Boise, capital and the most populous city of the State of Idaho in the

United States. The economic and governmental center of Idaho is located in the southwestern part of the state, on the Boise River, a tributary of the Snake River. Boise is also the county seat of Ada County. 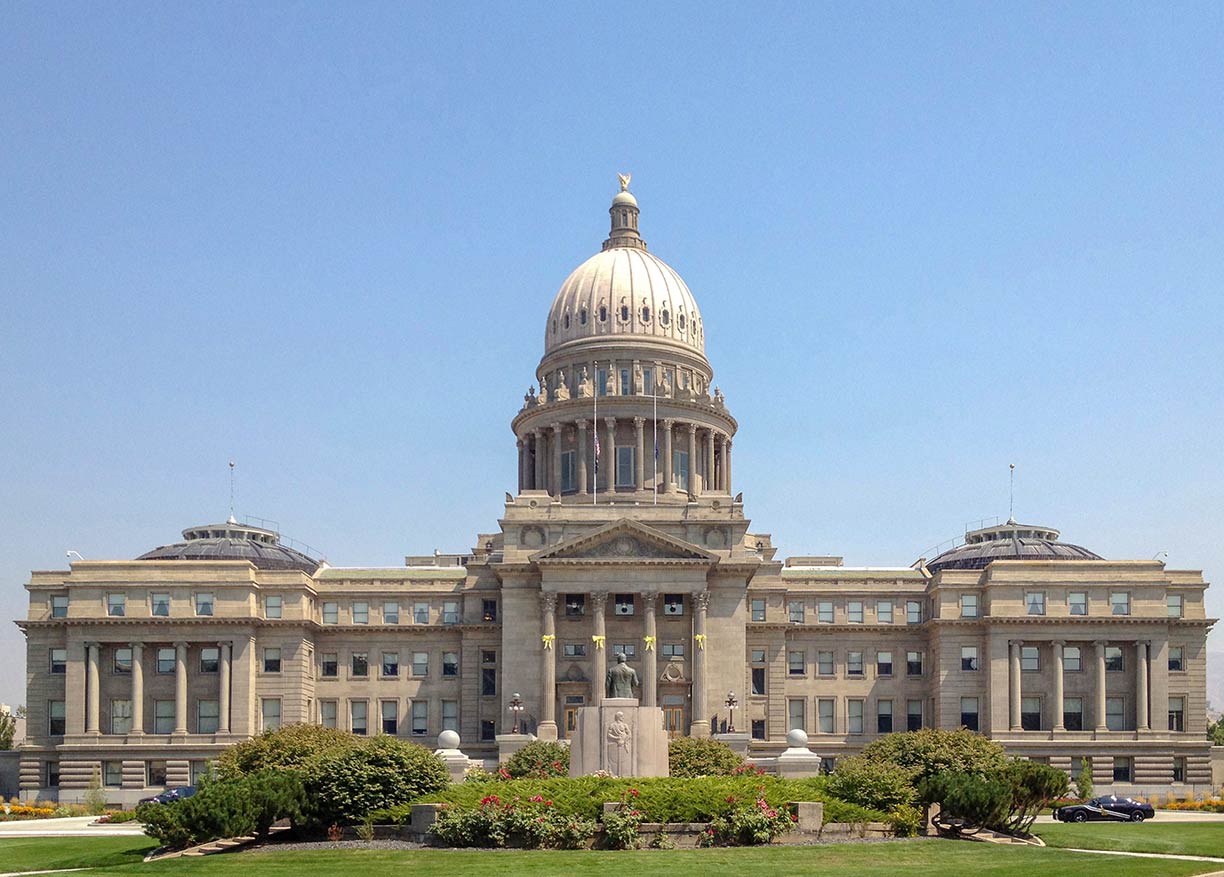 The Idaho State Capitol in Boise is home to the government of Idaho.
Image: JSquish

Boise came into existence like many other US cities; first, there was the construction of several forts, then it became a village when the threats from local natives were fading. And then there was a gold rush in 1863 in the Boise basin.

The town was incorporated as a city in 1866 and became capital of the Territory of Idaho in 1864; in 1889 Idaho became the 43rd US state and Boise its capital.


The city is home to Boise State University (www.boisestate.edu), among others, it offers the nation’s only master’s program in Raptor Biology.
The University of Idaho (www.uidaho.edu) also has a branch in the city. 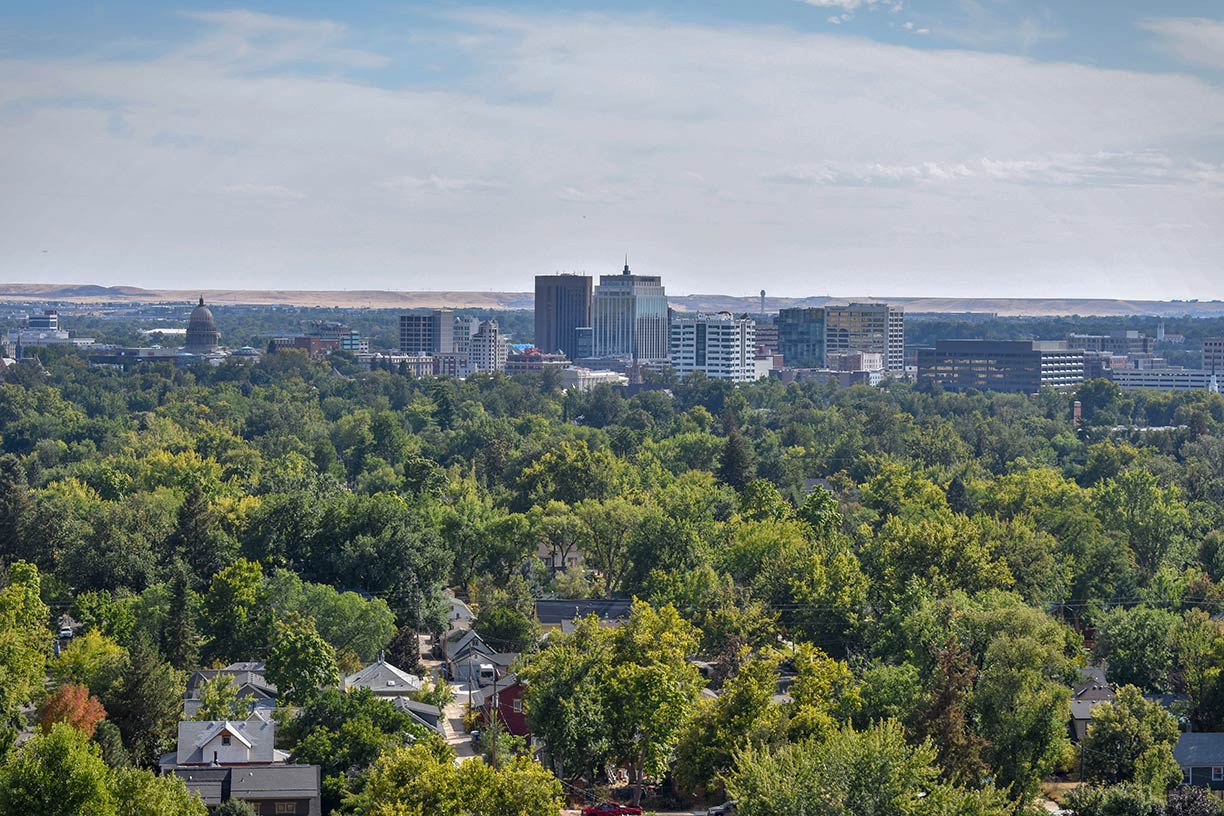 View of downtown Boise from Camel's Back Park.
Image: Tamanoeconomico

Memorials:
Anne Frank Human Rights Memorial, a monument near the Boise Public Library with a statue of Anne Frank (The Diary of a Young Girl.)

Churches:
Christ Chapel, a historic chapel on Broadway at Campus Drive, constructed in 1866.
Boise Idaho Temple, a temple of The Church of Jesus Christ of Latter-day Saints.
Ahavath Beth Israel, a Jewish synagogue completed in 1896.

Prison:
Old Idaho Penitentiary, (history.idaho.gov/location/old-penitentiary/) “Old Pen” was home to some of the most desperate criminals in the West; the former jail is now for rent.

Theater:
Egyptian Theatre (egyptiantheatre.net) the historic movie theater opened in 1927, today it is a theatre and concert venue.
ComedySportz

Shopping:
Boise Towne Square (www.boisetownesquaremall.com), is the largest retail complex in the state with over 186 stores.

Outdoors:
Julia Davis Park, the green heart of the city, a municipal park and the first park in the "String of Pearls," a group of parks along the Boise River. Julia Davis Park is home to the Zoo Boise (zooboise.org), a rose garden in front of the Boise Art Museum (BAM), which lies at the northwestern end of the park.

Boise River Greenbelt is an urban trail system along the Boise River.

Lucky Peak Lake is a reservoir created by the Lucky Peak Dam.
Bogus Basin (bogusbasin.org) a ski area 26 km (16 mi) north-northeast of the city, in the Boise National Forest (www.fs.usda.gov/boise); the landscape of the national forest spans over an area of 2.5 million acres (10,000 km²), it is is a protected area with sagebrush steppe and spruce-fir forests and more than 250 lakes.
World Center For Birds of Prey (www.peregrinefund.org/visit),

Sports:
CenturyLink Arena (centurylinkarenaboise.com) is a multi-purpose arena in downtown Boise.
Albertsons Stadium (broncosports.com/facilities/), stadium on the campus of Boise State University; the stadium is best known for its distinctive blue playing surface; the playground of the Boise State Broncos.

Just zoom in to see Idaho State Capitol Building. The sandstone Renaissance Revival Capitol is Idaho's most significant historic structure; it houses the government of the state of Idaho.

The map shows a city map of Boise with expressways, main roads, and streets, zoom out to find the location of Boise Airport (IATA code: BOI) 4 mi (6 km) south of downtown.
To find a location use the form below.

More about Idaho and the US