Satellite View and Map of the City of Nashville, Tennessee

The satellite image shows Nashville, the county seat of Davidson County and capital of Tennessee. The landlocked state is situated in the central southeastern part of the

United States.
Nashville is located in the north-central part of the state on the Cumberland River. 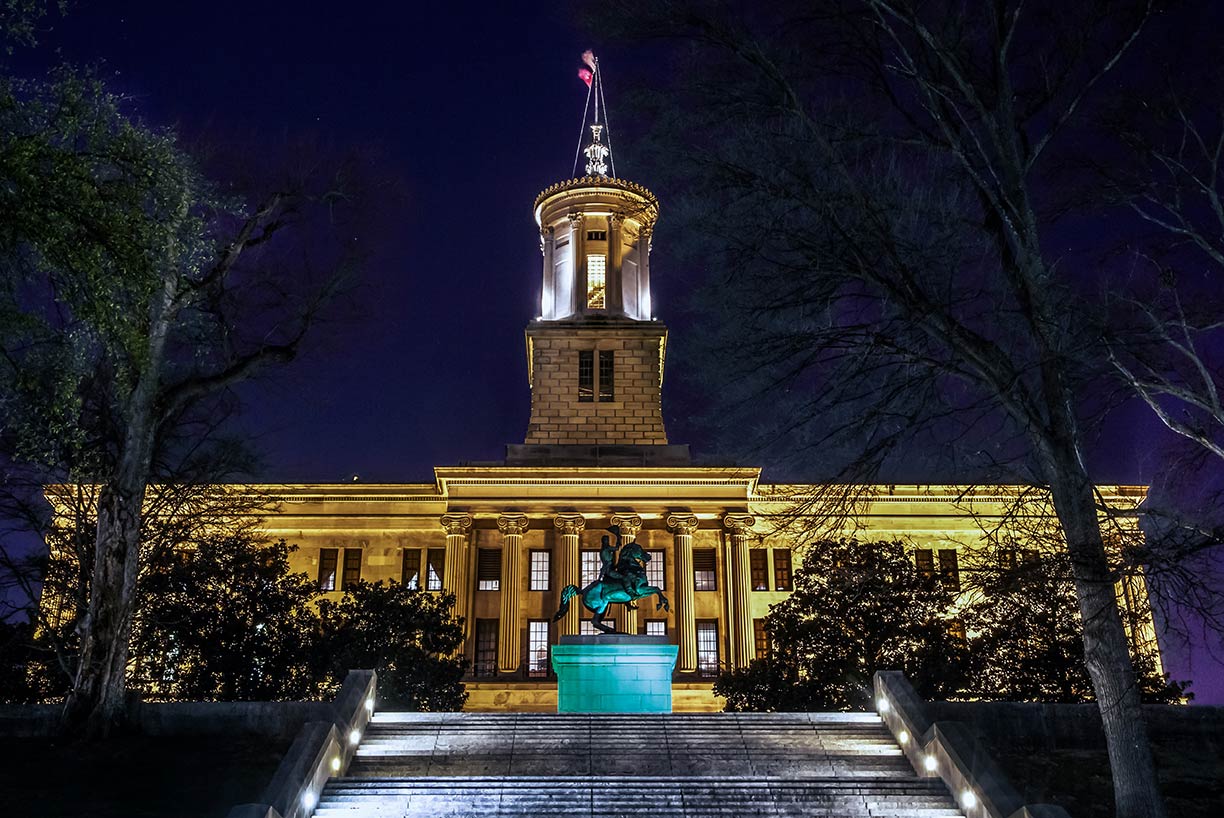 In 1775 the Transylvania Company under Richard Henderson, a judge from North Carolina, purchased a vast amount of land from the local Cherokees. To explore his 'possessions,' he sent James Robertson and John Donelson. They cleared the area in the Cumberland River valley and built Fort Nashborough in spring 1779, a frontier outpost fortified by a stockade.
The fort became the first permanent European settlement in the region.

The town was at the end of the Natchez Trace, an ancient forest trail made by herds of foraging bison and other grazing animals to move between salt licks located near Nashville and the southern grasslands along the Mississippi River.

Native American Indians used the trail for centuries; the beaten path was also used by early European explorers, traders, soldiers, emigrants, postriders, slaves, preachers, and outlaws on their way to the West.

In 1796, the territory was admitted to the Union as the state of Tennessee. In 1806, Nashville was chartered as a city, and in 1843 selected as the permanent capital of Tennessee. 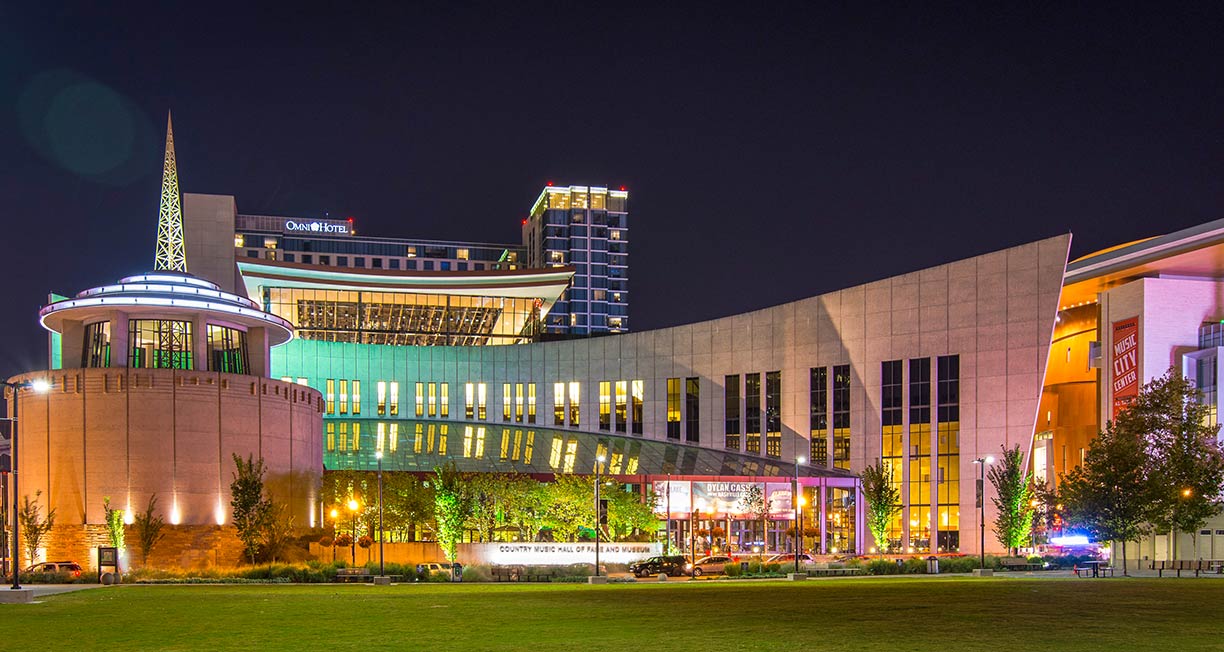 
Today Nashville is popularly known as the Music City (Oh, we got both kinds. We got Country and Western) and The Buckle of the Bible Belt (Nashville has more than 500 churches) and Athens of the South (there is a full-scale replica of the Parthenon of Athens in Nashville's Centennial Park).

Nashville is Tennessee's largest city; it replaced Memphis as the most populous city in the state.
The capital has a growing population of now 670,000 inhabitants. About 1.9 million live in Nashville's metropolitan area (in 2018).


Nashville is home to Tennessee State University (www.tnstate.edu), the only state-funded historically black university in Tennessee. 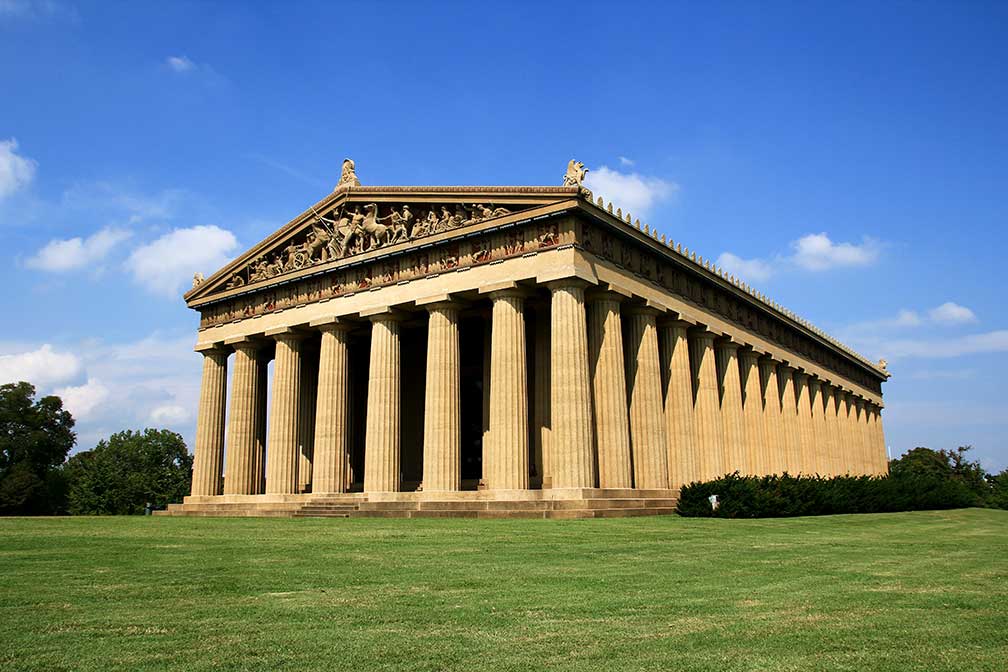 The Parthenon in the Centennial Park in Nashville is a full-scale replica of the original Parthenon in Athens.
Image: Archman8


Fort Negley (info), Fort Negley was the only stone fortification explicitly erected for use during the Civil War; Union troops built the fort after they captured Nashville.

The Parthenon (info), see a full-scale replica of the original Parthenon of Athens (Greece). Nashville's Parthenon was built in 1897 as part of the Tennessee Centennial Exposition, which was held to celebrate the 100th anniversary of Tennessee's entry into the union in 1796.

The Hermitage (thehermitage.com), is a historic plantation and museum, owned by Andrew Jackson, the seventh President of the United States. 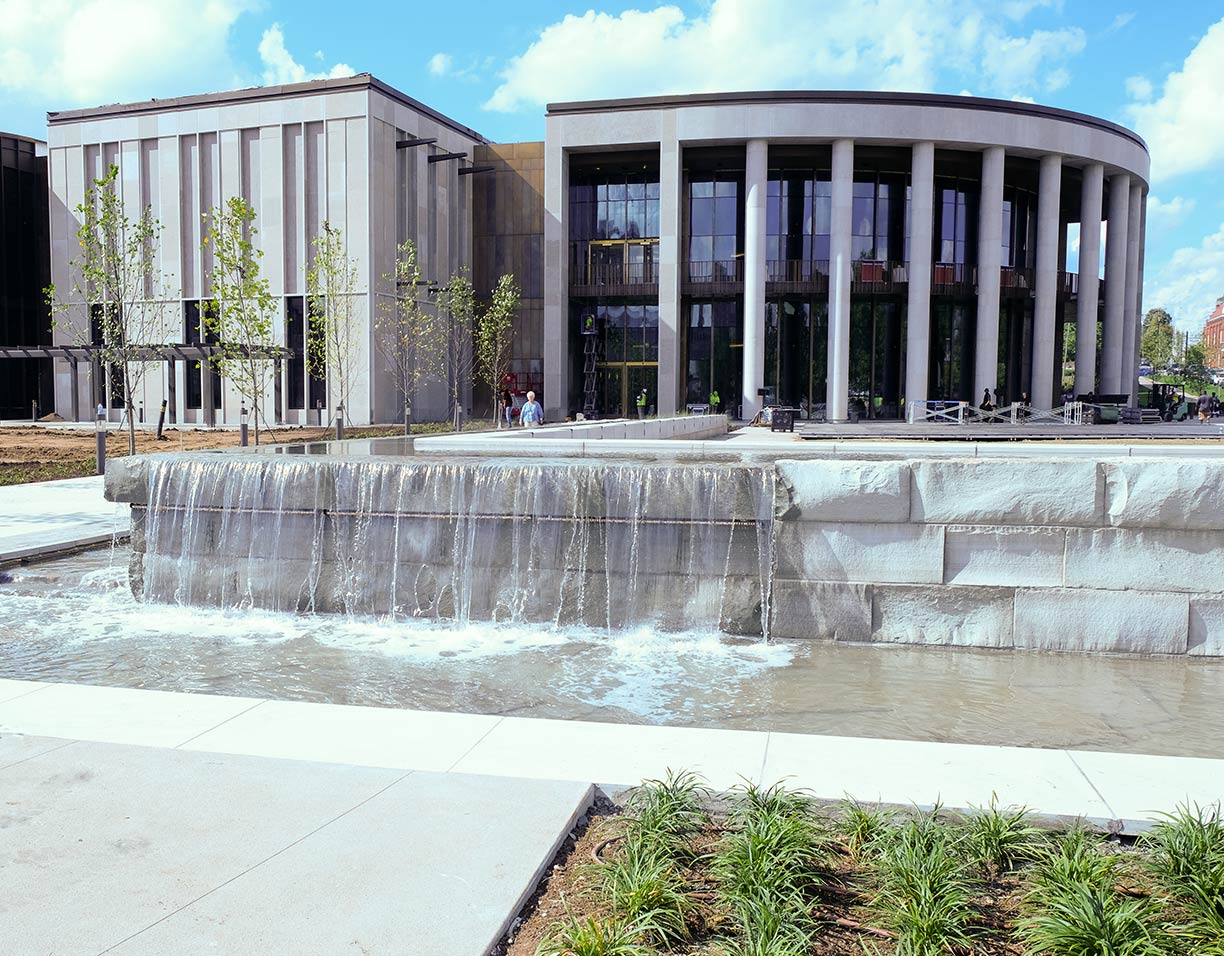 Tennessee Agricultural Museum (tnagmuseum.org) is a museum with a collection of home and farm artifacts from the 19th and early 20th centuries.

Country Music Hall of Fame and Museum (countrymusichalloffame.org), a country music museum and research center in Nashville’s arts and entertainment district with its legendary honky-tonks, dive bars and dance halls.

Other Attractions:
Ryman Auditorium (ryman.com), is a live performance venue and the former home of the famous Grand Ole Opry, the weekly country music stage concert.

Station Inn (stationinn.com), is a concert venue with Bluegrass and Roots Music.

Cheekwood (cheekwood.org), Cheekwood Botanical Garden and Museum of Art is a combination of an art museum in a botanical garden.

Nashville Zoo (www.nashvillezoo.org), you don't have to leave Tennessee to be in a Peruvian biome with guinea pigs and cotton-top tamarins, or encounter White Rhinos, Bengal tigers, and the usual giraffes.

Harpeth River State Park (info), is a park with several state historical, natural, and archaeological sites along the lower Harpeth River, a major tributary of the Cumberland River.

Radnor Lake State Park (info), the popular recreation area in Oak Hill offers hiking opportunities on unpaved trails through the woods around the lake. You may meet owls, herons, and waterfowl.

Just zoom in (+) to see Tennessee State Capitol, it is one of the few state capitols that does not have a dome. The State Capitol houses the Tennessee General Assembly, the state's bicameral legislature which consists of the Senate and the House of Representatives.

The page shows a city map of Nashville with expressways, main roads, and streets; zoom out (-) to find Nashville International Airport located southeast of the city.

More about Tennessee and the US