Satellite View and Map of the City of Olympia, Washington

The satellite view shows Olympia, a port city and the capital of the State of Washington, the northwestern-most state in US mainland. The town is located where the Deschutes River empties into Budd Inlet, an arm of Puget Sound. Olympia lies about 60 mi (98 km) southwest from Seattle, the largest city in Washington state. 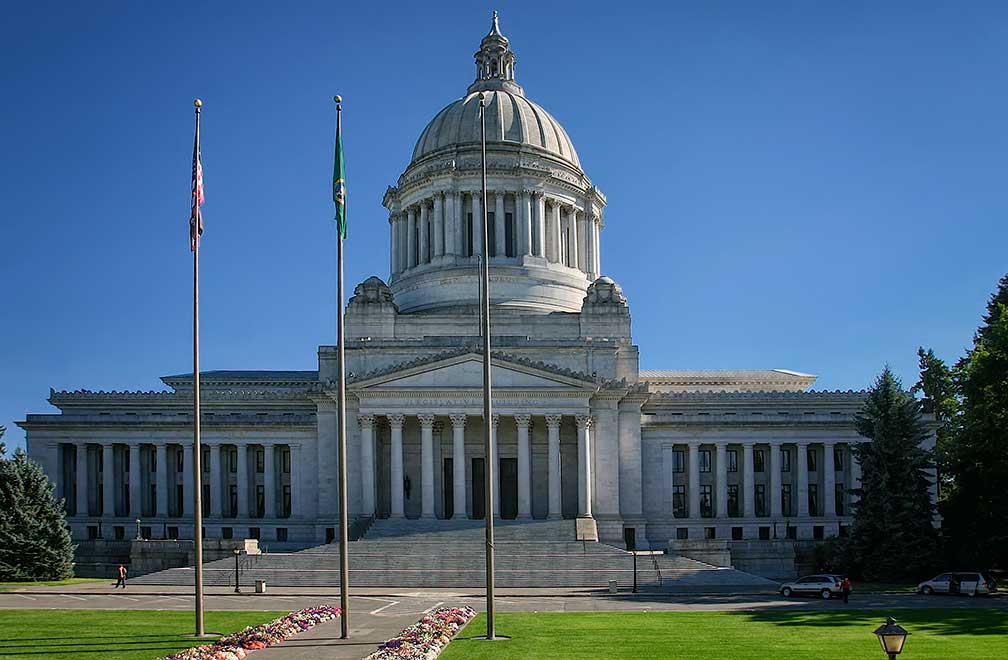 
The region was first charted in 1792 by the British Vancouver Expedition. The first American settlers didn't arrive until 50 years later. They established "New Market," now known as Tumwater. The nearby town of Olympia was incorporated in the middle of the 19th century. In 1851 Olympia became a customs port of entry. Two years later in 1853 Washington Territory was created and Olympia became its capital.

Today the city has a growing population of about 52,000 inhabitants (in 2018). 280,000 people live in Thurston County, which includes the cities of Lacey, Olympia (the county seat) and Tumwater.

The city's economy was based on jobs in its port facilities, oyster farming, and lumber-based industries; today it is primarily based on state, local, federal and tribal government and well, healthcare.

The city is home to the Saint Martin's University, a Catholic liberal arts university located in Lacey.

What distinguishes Olympia, Washington from other American cities?
The city is the northernmost state capital in the contiguous United States. 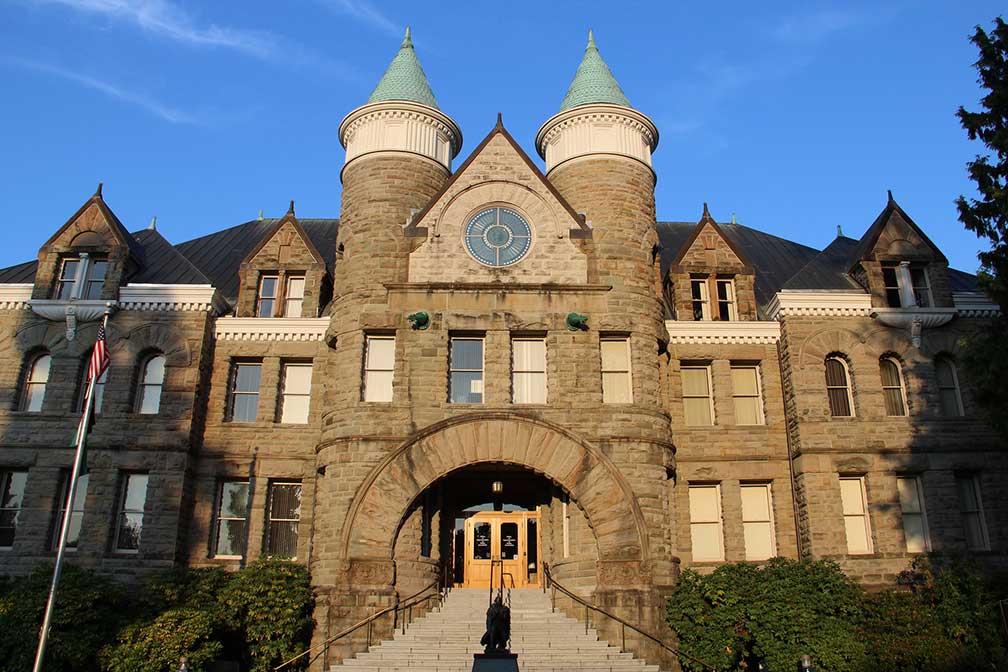 The Castle, the Old Capitol Building in Olympia. The former Thurston County Courthouse served from 1905 until 1928 as the Washington state capitol.
Image: cmh2315fl

Olympic Flight Museum (olympicflightmuseum.com) is a small aviation museum located at the airport. More than 20 vintage planes and helicopters are on display; most of the flying machines are in airworthy condition.

The WET Science Center (www.wetsciencecenter.org), in this science center it's all about WET, Water, Education, and Technology. The center's focus is to teach its young visitors about the water cycle and the vital impact of water on life on earth.

Children's Museum:
The Hands on Children's Museum (www.hocm.org) near the Washington State Capitol, the museum offers indoor and outdoor activities; it is a fun place for kids with many positive reviews (more).


Shopping:
Olympia Farmers Market (www.olympiafarmersmarket.com) is a year-round farmers market which offers a wide range of fresh produce from organic fruits and vegetables to dairy and cheese, meat and fish, and baked goods. 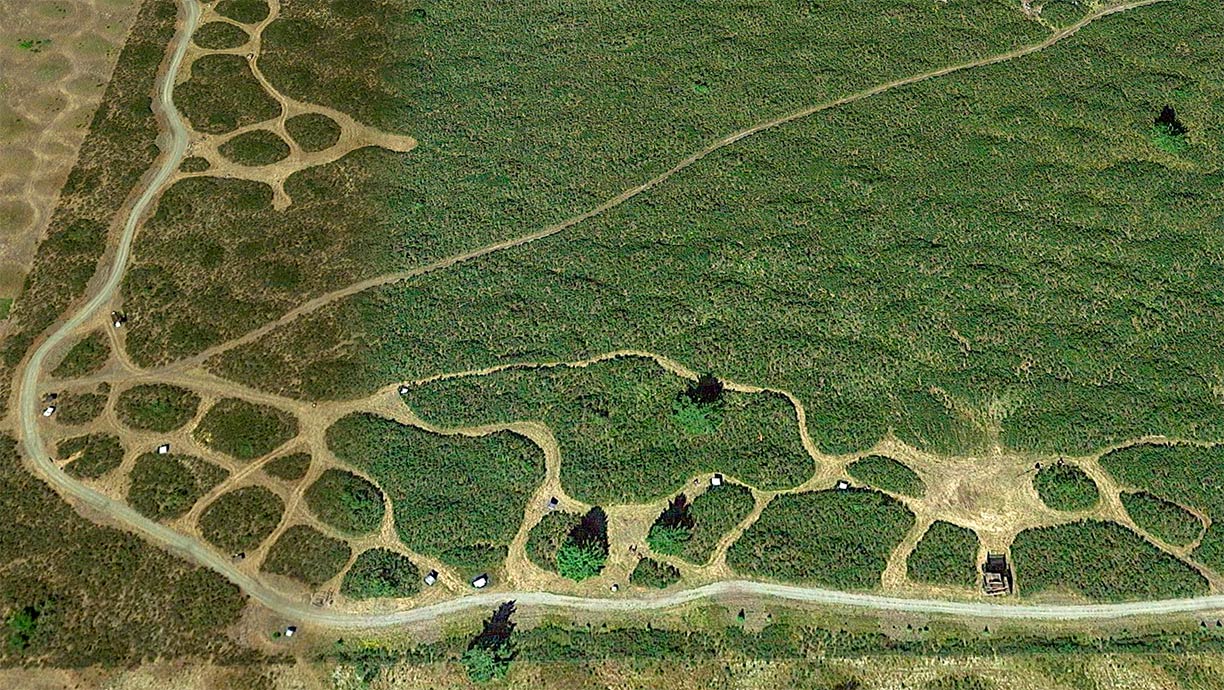 Mima Mounds Natural Area Preserve near Olympia. The site was designated a National Natural Landmark in 1968 by the National Park Service.
Image: Google


Priest Point Park (info) is a public waterfront park with a formal rose garden. The park offers steep ravines, cliffs, and a shoreline along Budd Inlet.

Yashiro Japanese Garden (info) is a Japanese garden created to symbolize the relationship between Olympia and its sister city of Yashiro, Japan.

Nisqually National Wildlife Refuge (info) is a humid biotope at the southern end of Puget Sound where the Nisqually River empties into the sound. The refuge was established in 1974 to protect the estuary and its diversity of fish and wildlife habitats. 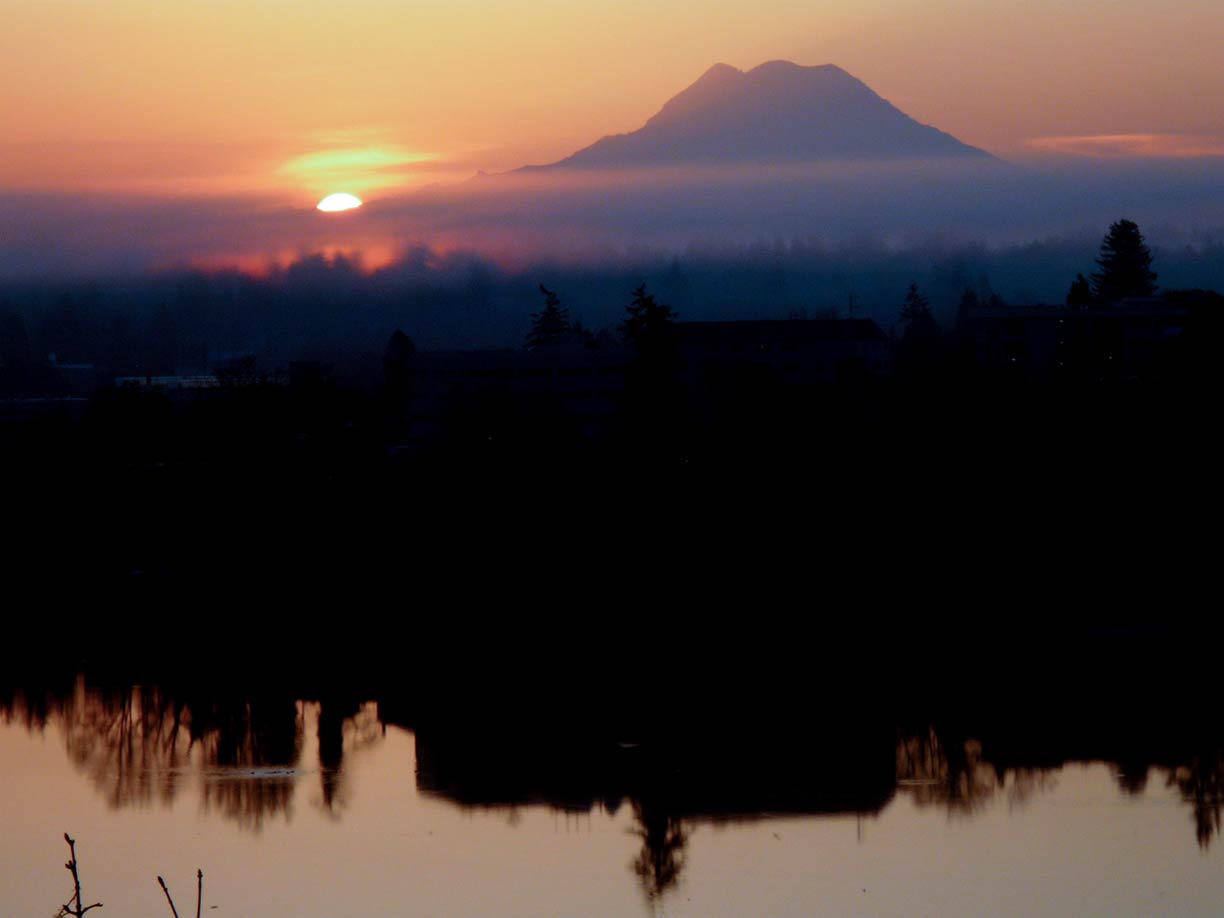 
Mount Rainier (nps.gov/mora) is also known as Mount Tacoma; the active stratovolcano is the highest mountain in the U.S. state of Washington at 4,392 m (14,410 ft). The volcano and surrounding Mount Rainier National Park lies about 80 mi (130 km) east of Olympia.


Lakes:
Capitol Lake (info) is an artificial lake at the mouth of Deschutes River in the city center. The lake is surrounded by much greenery. The Capitol Lake Trails are popular year-round for citizens to run, walk and hike; but swimming is prohibited!

Just zoom in to see the Washington State Capitol, home of the government of the state of Washington.

The page shows a city map of Olympia with expressways, main roads, and streets. Zoom out to see the location of Olympia Regional Airport (IATA code: OLM) about four mi (7 km) south of the central business district of Olympia. Next international airport is Seattle-Tacoma International Airport in a distance of 53 mi (85 km) by road.

More about Washington and the US

Other major cities in Washington State:

External Links:
Olympia
Official website of the city of Olympia.