Satellite View and Map of the City of Springfield, Illinois

Route 66 near Springfield, this section of the old Route 66 between Cabin Smoke Trail and north bank of the Sangamon River is known as Route 66 by Carpenter Park.
Image: Nyttend 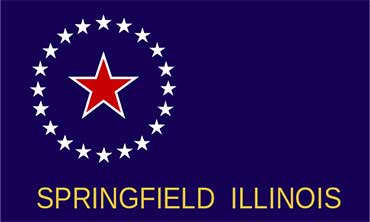 The satellite view shows Springfield, the capital city of the State of Illinois in the

United States. The town is the county seat of Sangamon County, located almost in the geographical center of the state in the Lower Illinois River Basin, north of Lake Springfield, 130 km (80 mi) northeast of St. Louis, and about 325 km (200 mi) south-west of Chicago, the state's largest city. 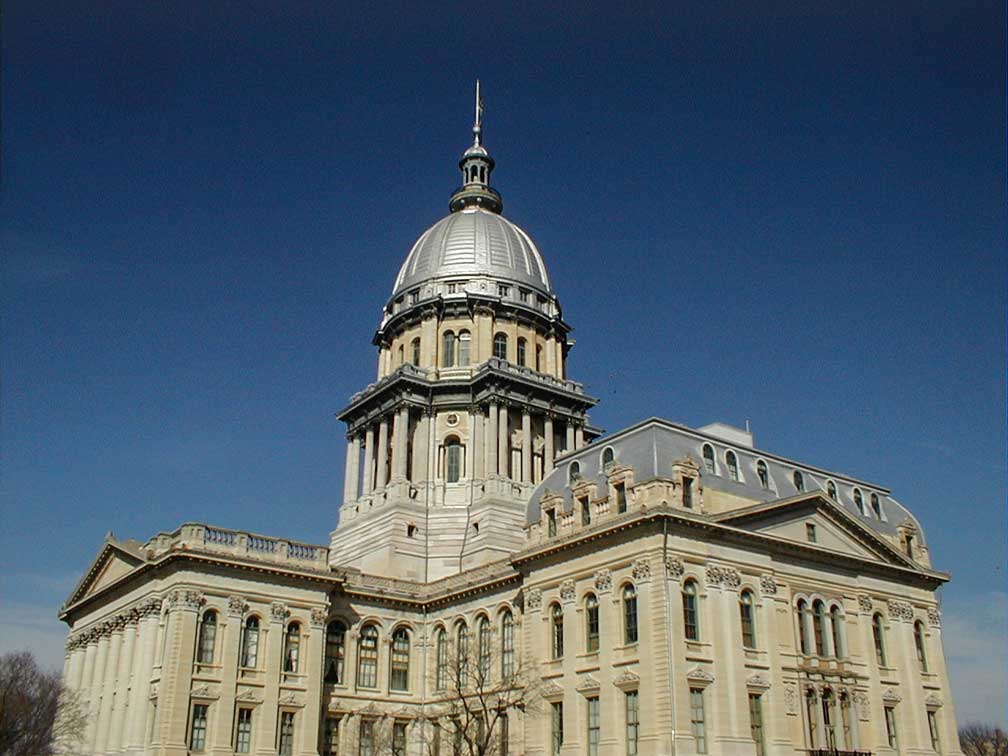 Illinois Capitol, built in 1868. The current building is the sixth in a row of capitols since Illinois became a part of the United States in 1818.
Image


First Europeans settled in Springfield at the beginning of the 19th century.
Today it is the largest city in central Illinois with a population of about 115,000 inhabitants (in 2018) [1], about 209,000 people live in Springfield IL metropolitan area. [2]

The city is home to the Illinois State Capitol. The French Renaissance building houses the legislative and executive branches of the state government of Illinois.

Located in Springfield is the University of Illinois at Springfield (www.uis.edu), the public university was established in 1969.


One of its former residents influences the city until today, a lawyer named Abraham Lincoln lived in Springfield from 1837 until 1861, when he went to Washington to become the 16th president of the United States and - he became one of America’s most honored presidents.
Lincoln's final resting place is at Oak Ridge Cemetery in Springfield; his tomb is one of the first National Historic Landmarks in the US (designated on 19 December 1960). 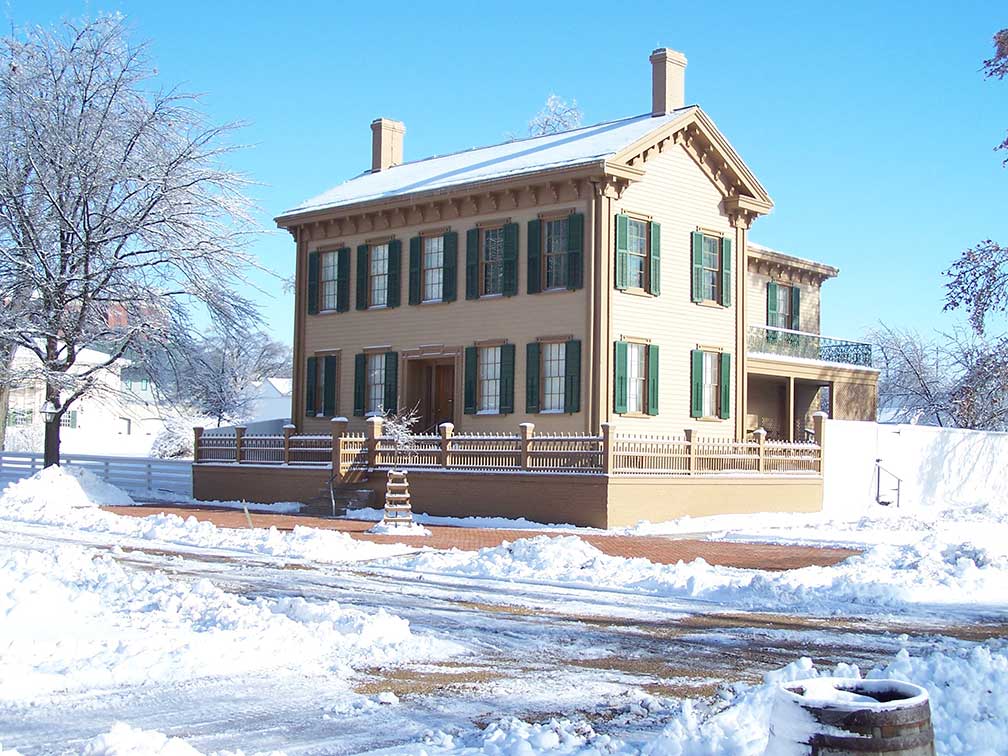 Lincoln's home, today a National Historic Site at 8th Street and Jackson Street in Springfield. It was the only house that Abraham Lincoln ever owned. He bought the house shortly after the birth of Robert Todd Lincoln in 1844.


The Lincoln Home National Historic Site was the house where Abraham Lincoln lived from 1844 to 1861.

Lincoln's Tomb is the final resting place of Abraham Lincoln and his wife, Mary Todd Lincoln.

The Illinois State Capitol houses the executive and legislative branches of the government of Illinois.

The Old State Capitol was the fifth capitol building built for the U.S. state of Illinois, but the first built in Springfield. Today the building is used for ceremonial functions. It was the ground for Obama's campaign kickoff in February 2007.

The Illinois State Museum (museum.state.il.us) is Illinois' state museum of natural history with the focus on the state's cultural and artistic heritage; it reopened on 2 July 2016. 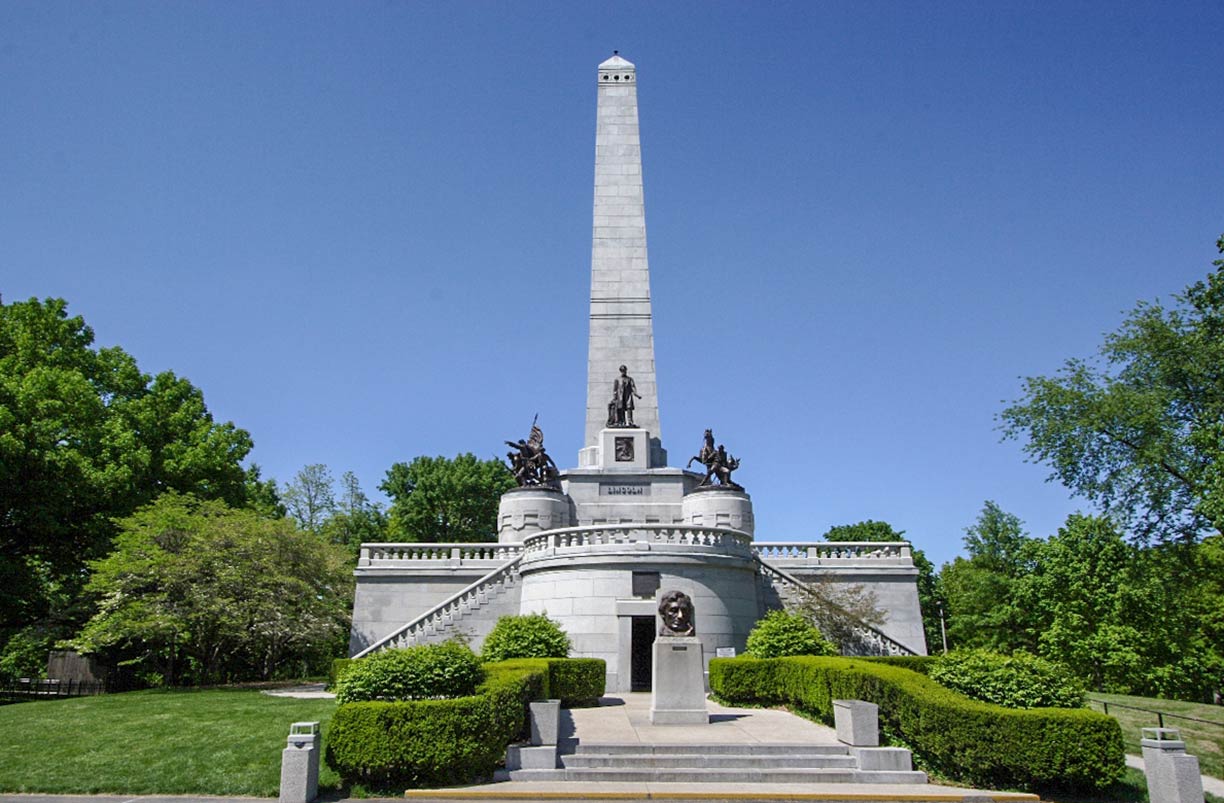 Abraham Lincoln's tomb at Oak Ridge Cemetery. Abraham Lincoln (February 12, 1809 – April 15, 1865) was an American statesman and lawyer who served as the 16th President of the United States from March 1861 until his assassination in April 1865.
Image: Robert Lawton

Washington Park is a botanical garden with a large duck pond, a rose garden, and carillon (glockenspiel) concerts.

Lakes:
Lake Springfield is a man-made reservoir on the southeastern edge of the city with 92 km (57 mi) of shoreline; it is Springfield's drinking water reservoir and a popular recreation area. The lake was created by building Spaulding Dam across Sugar Creek, a Sangamon River tributary.

The page shows a city map of Springfield, Illinois with expressways, main roads, and streets, and the location of Abraham Lincoln Capital Airport (IATA code: SPI), 9 km (5.5 mi) by road north of the city.

More about Illinois and the US

Other Cities in Illinois: