Satellite View and Map of the City of Pittsburgh, Pennsylvania

Aerial view of University of Pittsburgh and Oakland neighborhood of Pittsburgh, in the center the 'Cathedral of Learning', the tallest educational building in the Western hemisphere.
Image: Sage Ross

The satellite view shows Pittsburgh, the county seat of Allegheny County and the second largest city in the Commonwealth of Pennsylvania, one of the 13 original British colonies that abandoned the rule of the English Crown and later formed the

United States.
Pittsburgh is the second (after Laredo, Texas) busiest inland port in the nation, located at the junction of the Allegheny and the Monongahela rivers, the site where the rivers merge to form the Ohio, a tributary of the Mississippi River.

Pittsburgh Skyline at the confluence of the Allegheny and Monongahela rivers; Point State Park with fountain on the left.
Image: Bobak

French and British explorers took a burning interest in the strategic location of the site at the confluence of the Allegheny and the Monongahela rivers; so much so that France and Britain fought for control of the area in the 1750s. The British won and the French were forced to cede control of all their territories east of the Mississippi.

The French had established Fort Duquesne at "the Forks", a spit of land at the confluence of the rivers (today Point State Park), to assert their claims of the area.
The British were not amused by the situation and sent colonial militia from Virginia to drive the French out. The squad led by George Washington ambushed a small French force at Jumonville Glen (about 65 km; 40 mi south-east of today Pittsburgh) and killed ten, including the French commander Jumonville. Six days later the French attacked Washington's army at Fort Necessity and forced Washington to surrender. This incident was the beginning of the 'Seven Years' War', a global conflict fought between 1756 and 1763.

Fort Pitt was built in 1764 by British colonists on the site of Fort Duquesne. British colonial protection of this area ultimately led to the development of Pittsburgh and the Allegheny County.


Today, Pittsburgh is the principal cultural and economic center in the eastern Ohio River Valley. The area surrounding Pittsburgh was once the location of the largest steel producers in the world, and the city became to known as the "Steel City". Pittsburgh's other nickname is the "Bridge Capital" because of its 446 bridges.
Nowadays the city has a population of more than 300,000 inhabitants (in 2018); 2.3 million people live in Pittsburgh's metropolitan area. 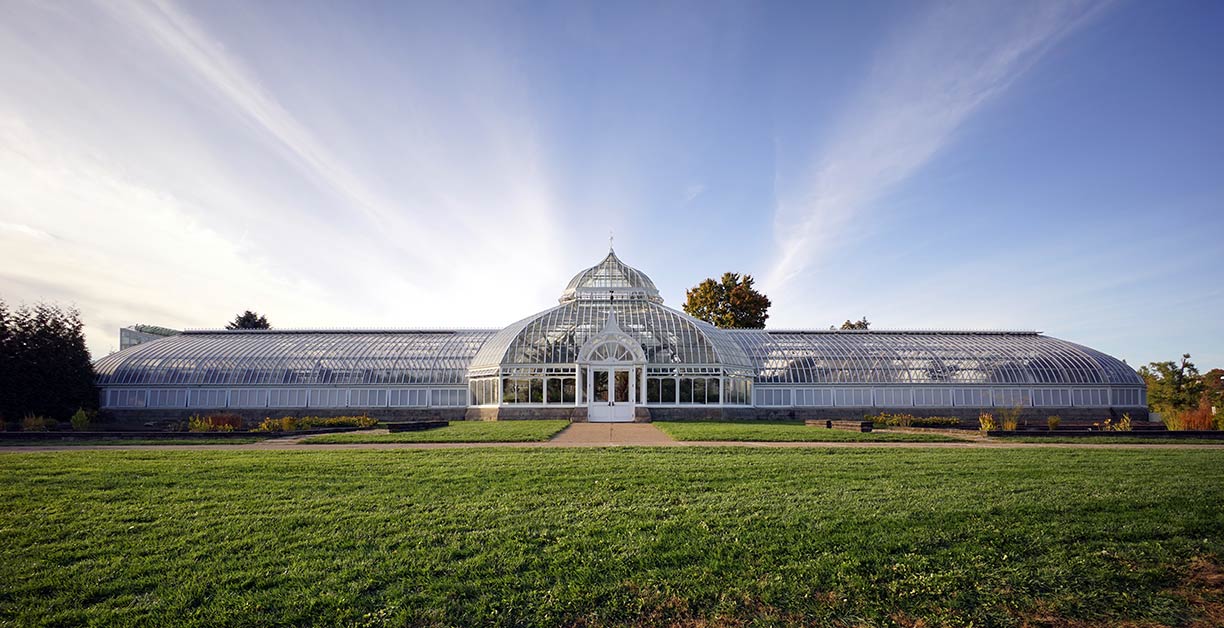 Museums:
Carnegie Museum of Natural History (CMNH) (www.carnegiemnh.org), is the natural history museum with the world's most extensive collection of Jurassic dinosaurs.

Carnegie Museum of Art (cmoa.org), the first museum of contemporary art in the United States collects, preserves, and presents artworks from around the world. 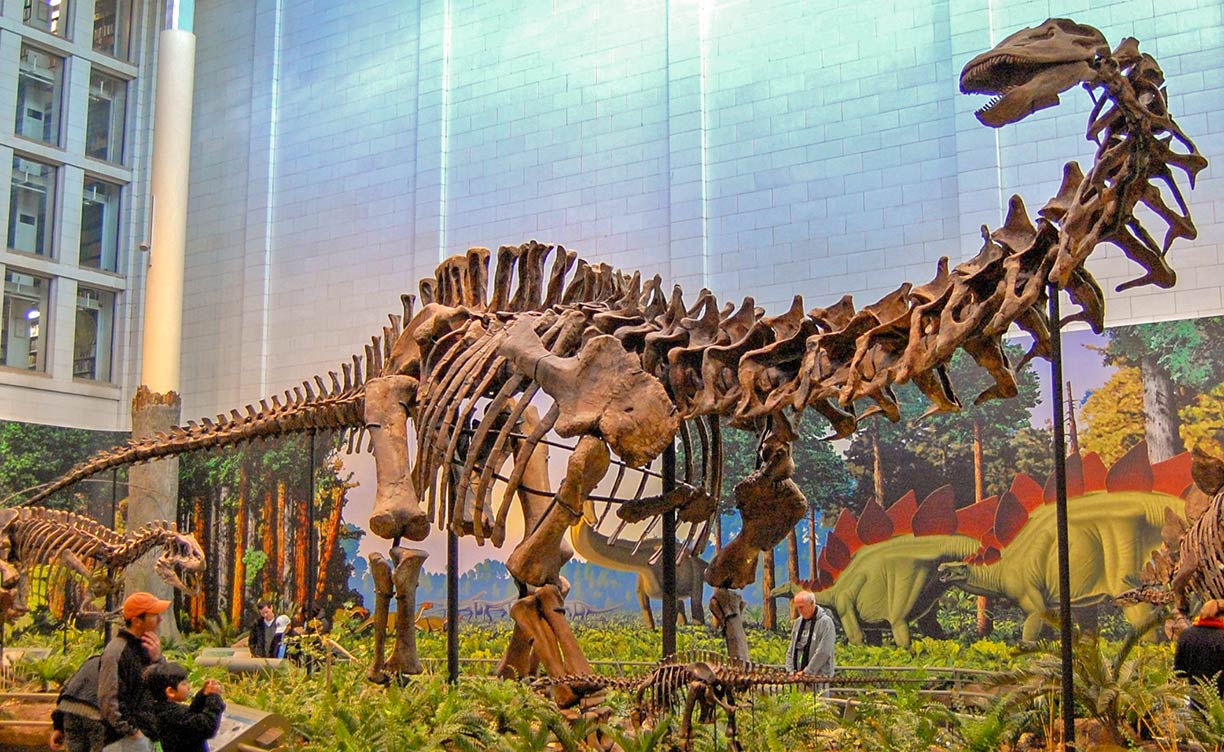 Jurassic Park in Pittsburgh, a mounted Apatosaurus louisae at the Carnegie Museum of Natural History; CMNH is the museum with the world's most extensive collection of Jurassic dinosaurs.
Image: tadekk


Places:
Station Square (www.stationsquare.com), a riverfront entertainment and shopping complex with over a dozen restaurants and eateries, a Hard Rock Cafe, and a Waltzing Waters Liquid Fireworks Show. According to Pittsburgh Mighty. Beautiful. (www.visitpittsburgh.com) it is the city's most popular tourist attraction. 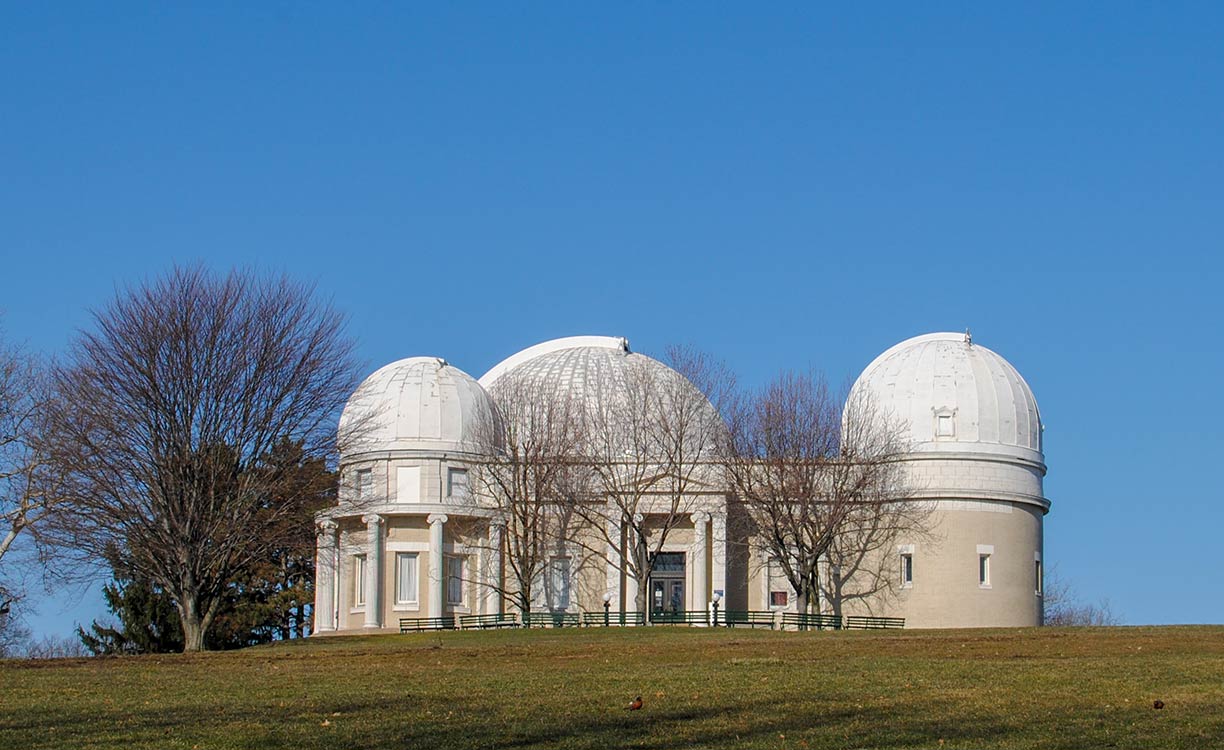 Allegheny Observatory is an astronomical research institution of the University of Pittsburgh in the Riverview Park.
Image: David Bennett

Parks:
Pittsburgh Zoo and PPG Aquarium (www.pittsburghzoo.org), the zoo opened for the first time in June 1898; the PPG Aquarium was added in 1967. Today Pittsburgh Zoo is one of only six major zoos in the United States with an affiliated aquarium.

Pittsburgh Parks Conservancy (www.pittsburghparks.org): caretaker of the parks of Pittsburgh:

Frick Park, the largest municipal park in the city.

Schenley Park, public park between the neighborhoods of Oakland, Greenfield, and Squirrel Hill, the park was created in 1889. Nearby Schenley Plaza, at the entrance of the park, a green space and a meeting place with a carousel and a fountain, the plaza is dominated by the looming Cathedral of Learning.

Riverview Park, the first park in Allegheny and the only one with an equestrian path; the park is the site of the Allegheny Observatory, an astronomical research institution, which is part of the Department of Physics and Astronomy at the University of Pittsburgh.

Mellon Park, consists of city parks on both sides of Fifth Avenue, with a Walled Garden and a Rose Garden. Also located in the park is the Scaife Building, home to the Pittsburgh Center for the Arts - PCA (center.pfpca.org), an arts campus and exhibition venue.

Mellon Square is a Modernist park in downtown and a prominent gathering spot.


Transportation:
Duquesne Incline (www.duquesneincline.org), a funicular scaling Mt. Washington. According to USA Today, the "Nighttime view from Mount Washington in Pittsburgh" is one of the top ten sites of the most beautiful places in America. [1]


The page shows a city map of Pittsburgh with expressways, main roads, and streets.

Zoom out to find the location of Allegheny County Airport (IATA code: AGC), about four miles (6 km) southeast of the city. Pittsburgh International Airport is about 18 mi (29 km) by road west of downtown Pittsburgh.

More about Pennsylvania and the US

Other Cities in Pennsylvania: