The satellite view and the map show Israel, a country in the Middle East with a coastline at the Mediterranean Sea. The region is regarded as the biblical Holy Land by Jews, Christians, and Muslims.
Israel borders Egypt, Jordan, Lebanon, Syria, and the Palestinian territories of West Bank and the Gaza Strip; it also shares maritime borders with Cyprus.

The Holy Land is bounded by the Mediterranean Sea to the northwest, Lake Tiberias (Sea of Galilee) in the north, the Dead Sea in the center, and the Gulf of Aqaba in the south.


With an area of 22,072 km², the country is slightly larger than half the size of Denmark, or somewhat larger than the US state of New Jersey. 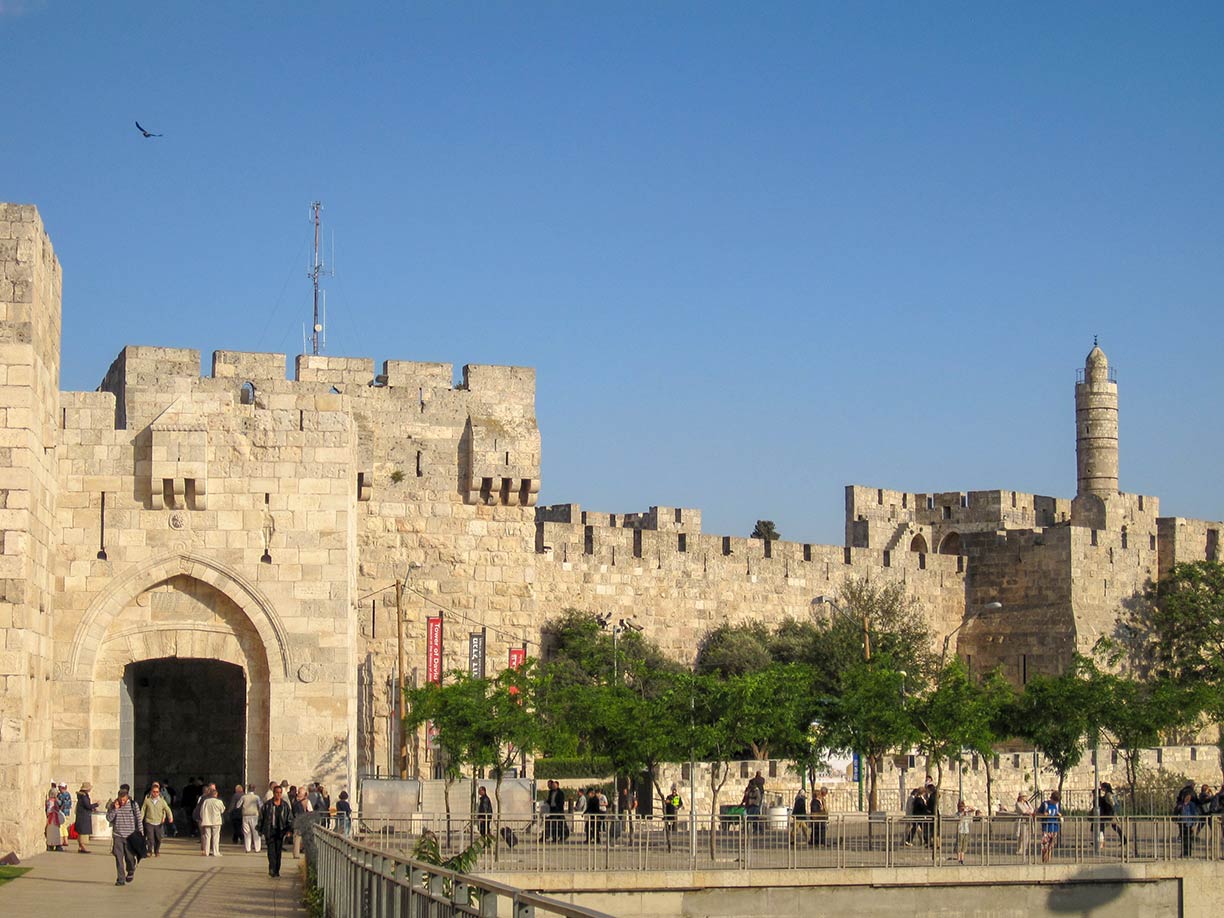 Jaffa Gate and the Tower of David, also known as the Jerusalem Citadel. The Jaffa Gate is one of the Old City gates of Jerusalem.
Image: Yoninah


Israel has a population of 8.95 million people (Nov 2018). Spoken languages are Hebrew and Arabic (both official). Designated capital and the seat of government is Jerusalem, [1] the largest and most populous city; but Israel's sovereignty over Jerusalem is internationally disputed.

Other major cities are Haifa, the port city on the slopes of Mount Carmel; Rishon LeZion, part of the Tel Aviv Metropolitan Area (Gush Dan); Petah Tikva, also part of the Tel Aviv Metropolitan Area; Ashdod (Isdud), a city on the Mediterranean coast between Tel Aviv to the north and Ashkelon in south. Netanya, a Mediterranean resort city north of Tel Aviv. Beersheba, the largest city in the Negev desert in southern Israel.