Satellite View and Map of Lebanon

The satellite view and the map shows Lebanon, officially the Lebanese Republic, a mountainous country in the Levant with a coastline at the eastern Mediterranean Sea.

Lebanon borders Israel in the south and Syria in the north and the west, and it shares maritime borders with Cyprus. 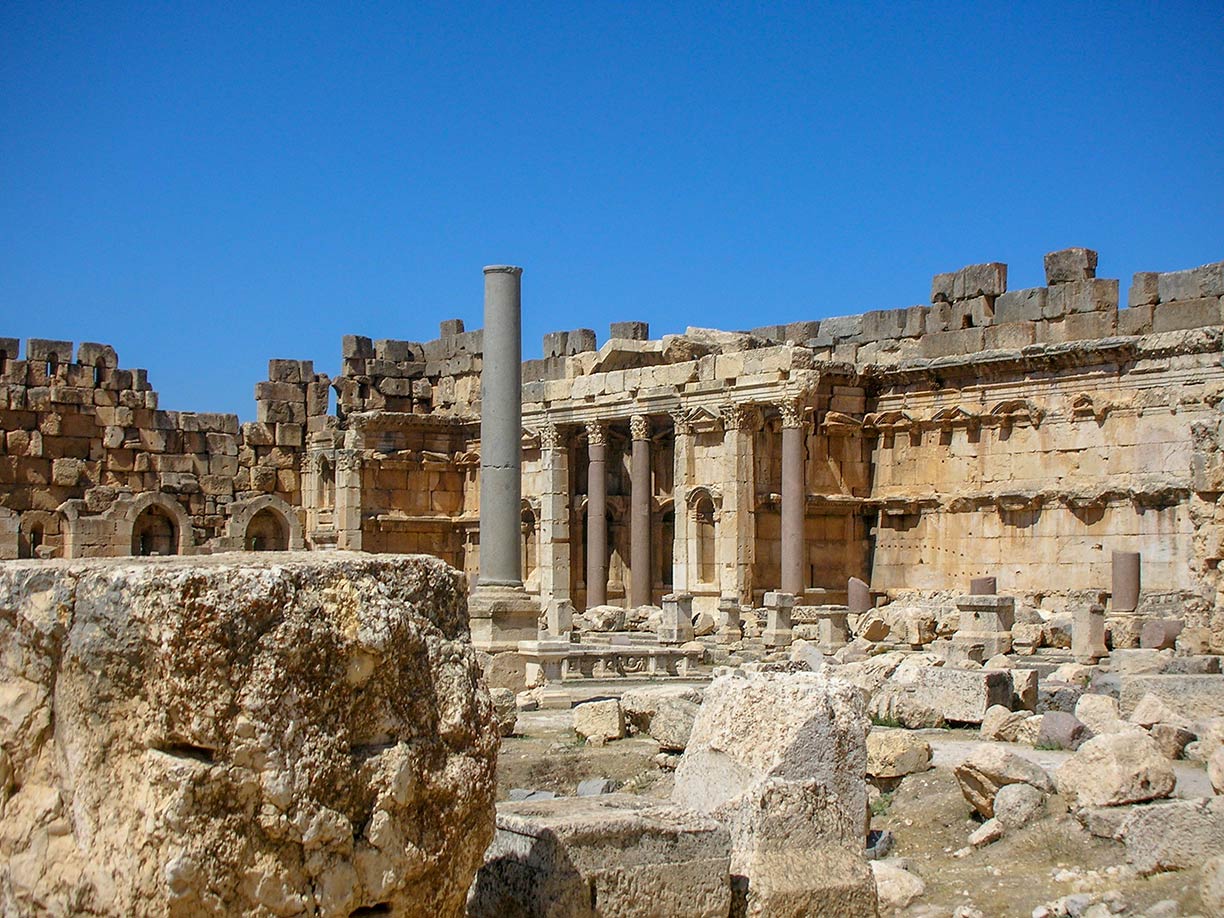 Greek and Roman ruins of a complex of temples at the Phoenician city of Baalbek in present-day Lebanon. Baalbek

Lebanon has a population of 6.8 million people (in 2019), including approximately 1.5 million refugees from Syria and Palestine. Lebanon has been the hardest hit by the exodus of Syrians fleeing their country’s violence. [1]

The capital and largest city is Beirut. Almost half of the Lebanese population live in Beirut and its suburbs. Other major cities are Tripoli, Sidon, Aley, Tyre, Zahlé, Jounieh Baalbek, and Nabatieh. Spoken language is Levantine Arabic. Main religions are Islam (54%) and Christianity (40%). Many Christian Lebanese do not identify themselves as Arab but rather as descendants of the ancient Canaanites and prefer to be called Phoenicians. [2]