Kuwait Towers (right) at the edge of Sharq, a historic area of Kuwait City. The towers in the picture are the most famous of Al Kuwait's 34 water towers.
Image: Ghala Alrefaei 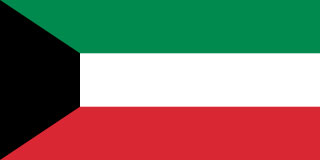 The map shows Kuwait, officially the State of Kuwait, a desert country in the north-eastern corner of the Arabian Peninsula. The emirate borders Iraq and Saudi Arabia, it is bounded by the Persian Gulf in the east, and it shares maritime borders with Iran.

With an area of 17,818 km², Kuwait is about half the size of the Netherlands or slightly smaller than the US state of New Jersey.

The emirate has a population of 4.6 million people (in 2019), about 70% are foreigners and 30% Kuwaiti. Capital and largest city is Al Kuwait, also known as Kuwait City. Al Kuwait is at the center of a sprawling metropolis which extends along the deep harbor of Kuwait Bay in the west, and the Persian Gulf to the south. The rest of the country is rather uninhabited. There are two rural areas with farming activities, Abdali in the north, and Wafrah in the south.
The country's official language is Arabic; due to the large number of expats, the lingua franca is English. 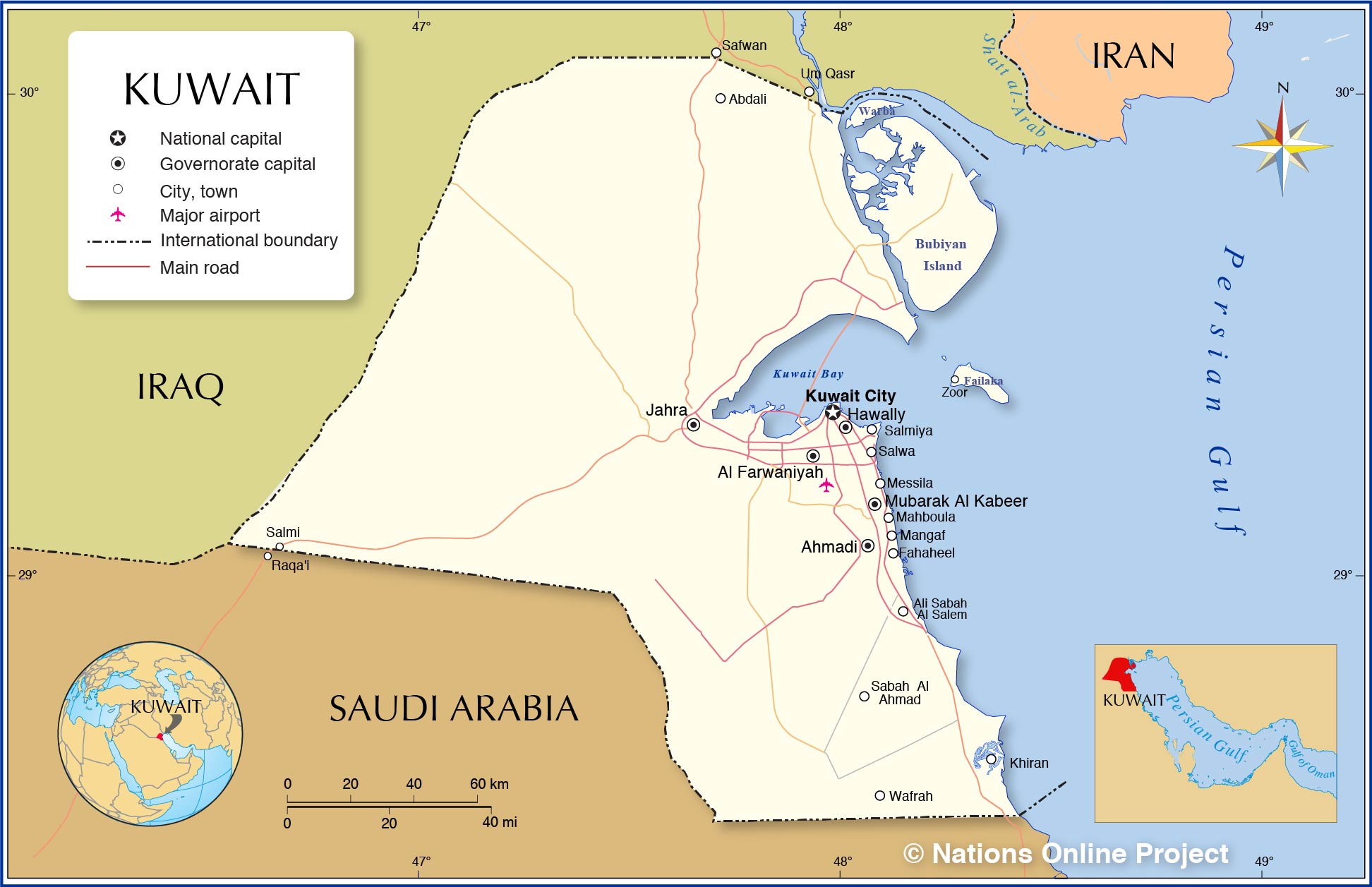 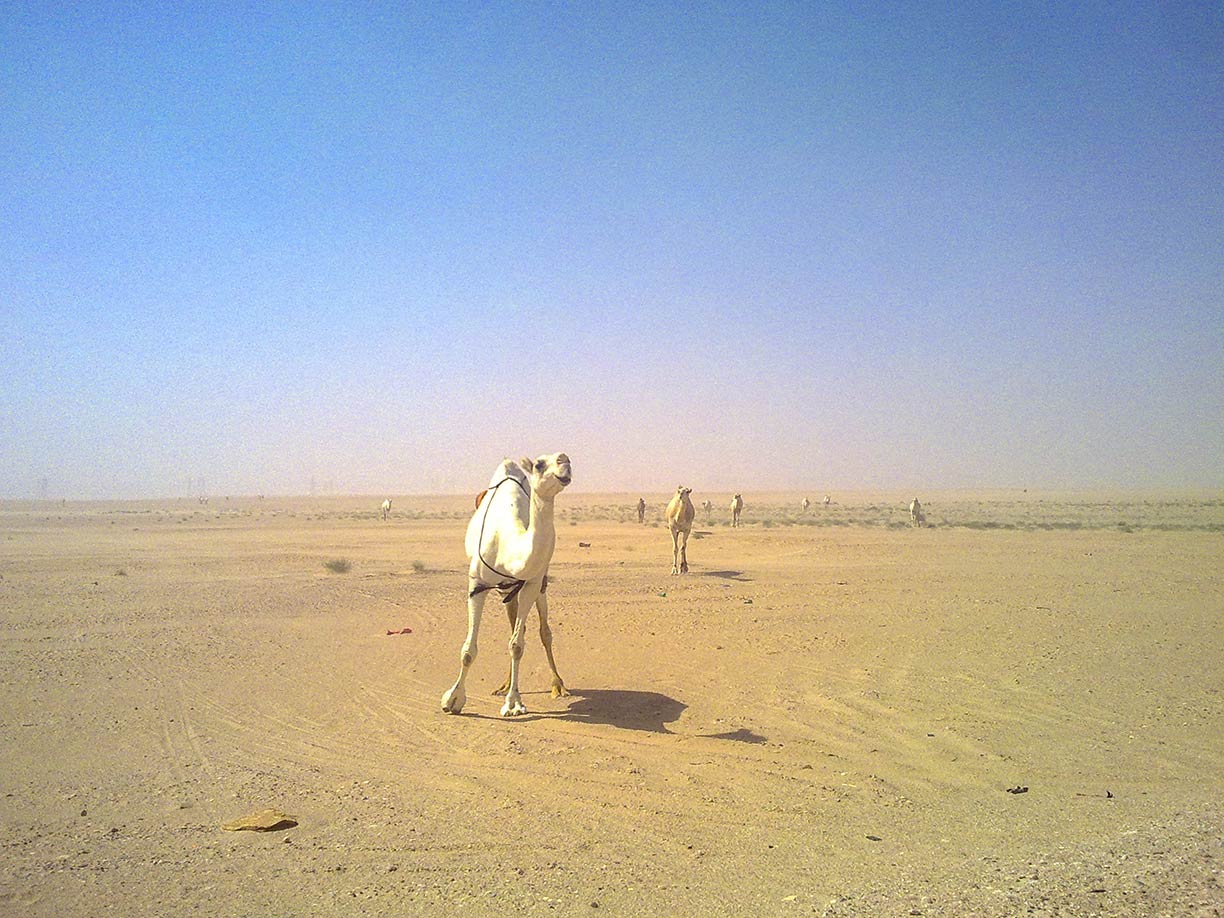 Camels in the desert landscape of Kuwait.
Photo: Irvin calicut

As mentioned above, Kuwait is a desert country in the Middle East. Its climate is hot and dry year-round. Summers are very hot; the winter months are cooler and the best time for travel.

Kuwait was founded in the mid-18-century by tribal Arabs. They settled on the southern edge of a bay (now known as Kuwait Bay) near the estuary of the Euphrates and Tigris rivers (Shatt al-Arab). It was the perfect place to start a business. The settlement became a commercial way station, exchanging goods, services, and people between ships coming from India and Southern Arabia with the camel caravans of northern Arabia and Mesopotamia.

Today Kuwait's economy runs on petroleum. Oil reserves were discovered at the end of the 1930s. The country's principal export product is petroleum. Petrodollar made the country's elite immensely wealthy.


The map shows the location of following cities and towns in Kuwait: