Satellite View and Map of the City of Aden (ʿAdan), Yemen 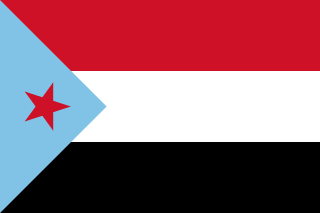 The satellite view and the map show Aden, the chief port and the former economic center of

Yemen. The city is situated partly within a crater and surrounded by hills of volcanic origin on a peninsula at the Gulf of Aden, near the southwestern corner of the Arabian Peninsula. The Gulf of Aden is named after the city. The small peninsula west of Aden is called Little Aden.

History (short version)
The strategic port linking the Mediterranean Sea with the Red Sea and the Indian Ocean has been a trading center since Biblical times; various powers superseding one another have ruled the city. 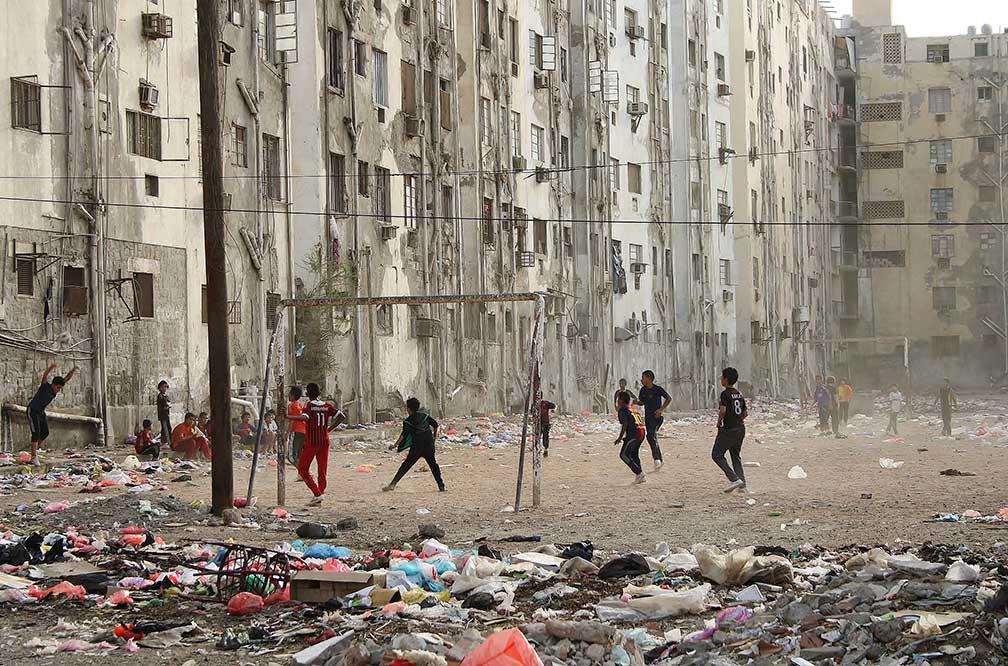 Kids playing football in Aden, Yemen
Image: Brian Harrington Spier
Captured by the British on 19 January 1839; it was made a Crown colony in 1935. Following the establishment of an independent South Yemen on 30 November 1967, the British shut down their naval base there, and the city became the capital of the People's Republic of South Yemen (South Yemen), a satellite state of the Soviet Union (Russia) which existed from 1967 to 1990.

Aden was the capital of South Yemen until the country’s unification with the Yemen Arab Republic in 1990.

On 21 March 2015, President Abed Rabbo Mansur Hadi declared Aden to be the interim capital of Yemen because Houthi rebels occupied the capital Sana‘a. The capital is still firmly in the hands of the Houthi rebels, and the conflict has since escalated into a full-scale civil war, in reality, it is an Iran–Saudi Arabia proxy war fought on the back of the people of Yemen, one of the poorest countries in the world.

The city has an estimated population between 500 and 800 thousand inhabitants. The official capital city of Yemen is Sana‘a. Spoken language is Yemeni-Arabic.

The map shows a city map of Aden with expressways, main roads, and streets, as well as the location of Aden International Airport (IATA code: ADE).