Panoramic view of Jerusalem's Old City and the Temple Mount. The Dome of the Rock, the building with the golden domed roof, in the center.
Image: Dennis Jarvis 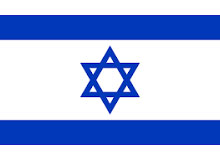 The map shows Israel, officially the State of Israel, a country in the Middle East with a coastline at the Mediterranean Sea in the west. Jews, Christians, and Muslims regard the region as the biblical Holy Land.

With an area of 22,072 km², the country is slightly larger than half the size of Denmark, or somewhat larger than the US state of New Jersey.

Israel has a population of 8.95 million people (Nov 2018), spoken languages are Hebrew and Arabic. Designated capital is Jerusalem, the country's largest and most populous city. However, Israel's sovereignty over Jerusalem is internationally disputed. The country's second largest city is Tel Aviv; it is Israel's economic capital; the city is host to almost all foreign diplomatic missions, embassies, and consulates in the country.

Map based on a UN map. Source: UN Cartographic Section

Satellite view and map of Jerusalem

Satellite view and map of Nazareth