Satellite View and Map of Turkey 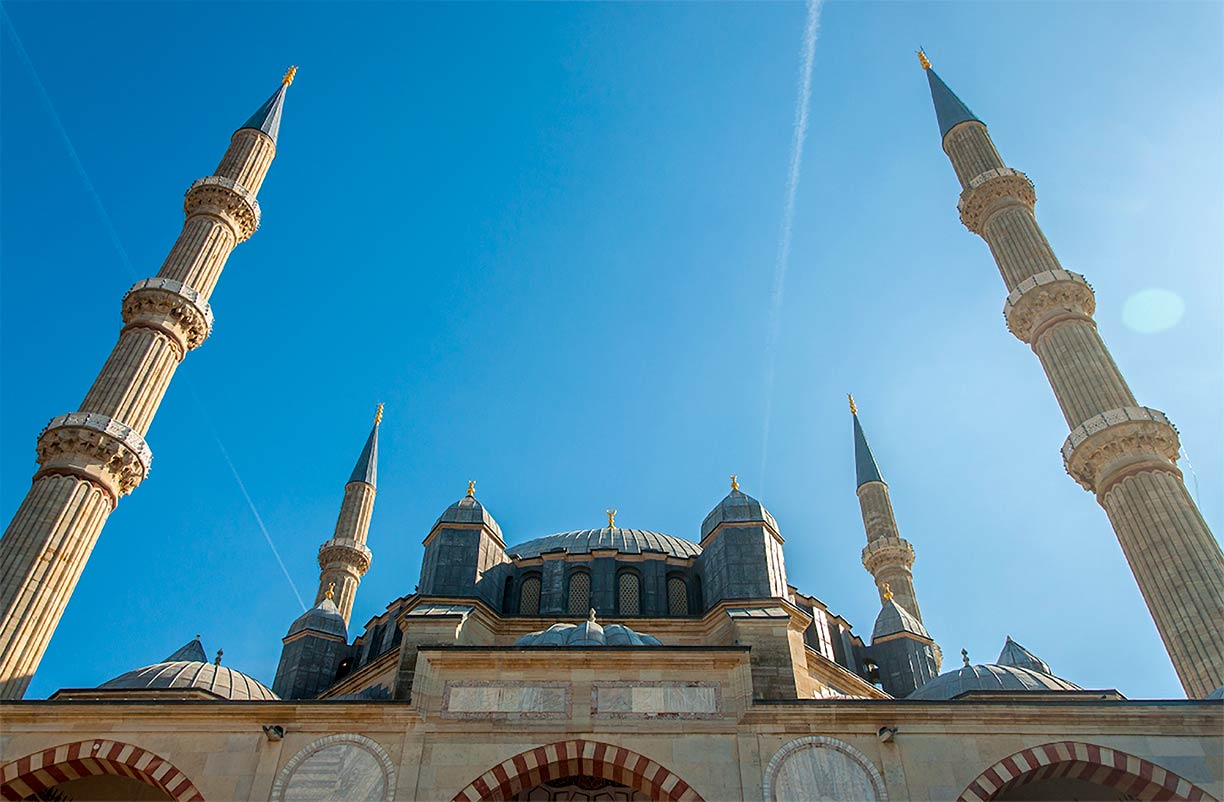 is a UNESCO World Heritage Site.
Image: Ava Babili
The satellite view and the map show Turkey a country in Western Asia on the Anatolian peninsula with the Mediterranean Sea to the south, the Aegean Sea in the west, and the Black Sea in the north.
The country occupies a small enclave in southeastern Europe on the Balkan Peninsula (East Thrace) which is separated from the mainland by the Bosporus, the Sea of Marmara, and the Dardanelles.

The country occupies an area of 783,562 km², compared it is more than twice the size of Germany or slightly smaller than the U.S. states of Texas and Louisiana combined.

Istanbul, the national capital is 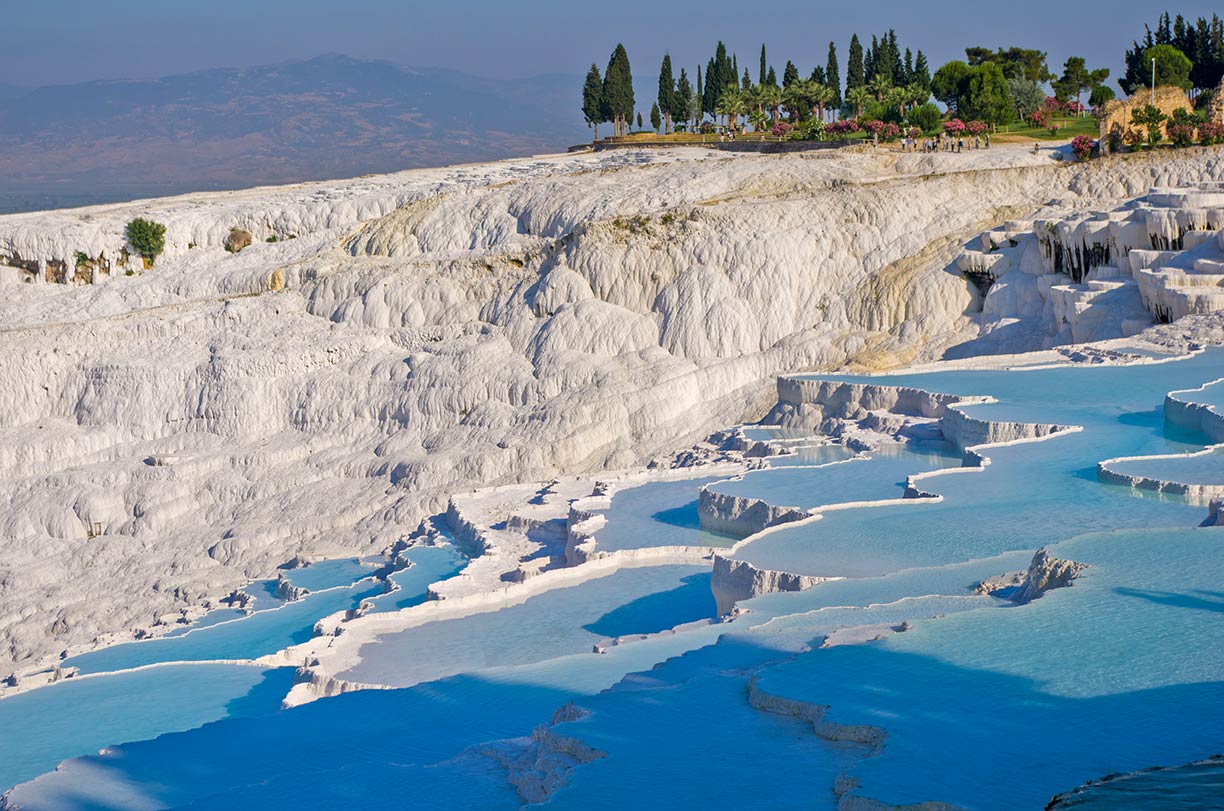 Hierapolis-Pamukkale - Pamukkale (Cotton Palace), calcite-laden waters have created an unreal landscape, made up of mineral forests, petrified waterfalls and a series of terraced basins. Pamukkale and the nearby thermal spa of Hierapolis, built by the kings of Pergamon, are a UNESCO World Heritage Site


The Taurus Mountain range in southern Turkey divides the central Anatolian Plateau from the Mediterranean coastal region.
The Pontic Mountains is a mountain range in the northeast of the country in northern Anatolia along the southern coast of the Black Sea.

Volcanos:
Mount Ararat, the dormant volcano near the border with Armenia and Iran is the highest peak in Turkey with an elevation of 5,137 m (16,854 ft). Mount Erciyes, a massive stratovolcano south of the city of Kayseri.

Highlands:
Armenian Highlands, a land-locked plateau east of the Anatolian plateau and north of Lake Van, the central region of historical Armenia.

National Parks:
Uludağ National Park, situated 36 km south of Bursa is the highest area in western Anatolia, within are the ancient mountains of Mysian Olympus and Bithynian Olympus; it is a popular center for winter sports.

Peninsula:
Gallipoli Peninsula, located in Turkish Thrace, the European part of Turkey, between the Thracian Sea (Aegean Sea) in the west and the Dardanelles strait in the east.

Islands:
Imbros (Gökçeada) in the Aegean Sea is the largest island of Turkey. Marmara is an island in the Sea of Marmara. The island was known in ancient times for the mining of white marble. The marble of the Pergamon altar comes from the island. Tenedos (Bozcaada), is the third largest Turkish island located in the northeastern part of the Aegean Sea.

Historical places:
Hisarlik is the modern name for an ancient site on the coast of Turkey where the the Dardanelles merge with the Aegean Sea. It is believed to be the site of ancient Troy.
Mount Nemrut is a mountain in Adiyaman Province, on its summit is a royal tomb-sanctuary, the mausoleum of Antiochus I from the Hellenistic period in the 1st century BC. 8-9 m tall statues flank the tomb. Nemrut Dağ

is a UNESCO World Heritage Site.
Myra was an ancient Greek town in Lycia with two necropoleis of Lycian rock-cut tombs and a Greek amphitheater. The bishop of Myra was Saint Nicholas.
Göreme is a town in Cappadocia, famous for the "fairy chimney" rock formations. The Göreme National Park and the Rock Sites of Cappadocia

The page shows a map of Turkey with cities, and towns, expressways, main roads, and streets.