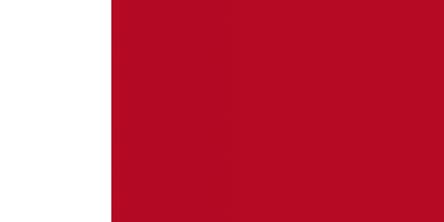 The satellite view shows Dubai (City), a major port and the largest city of the

United Arab Emirates. The city is situated within the Arabian Desert at the coast of the Persian Gulf about 120 km north-east of Abu Dhabi, the capital of the United Arab Emirates. Dubai city is the capital of Dubai Emirate, an absolute monarchy and one of the seven emirates which constitute the UAE. The city is a major trade and transportation hub in the Persian Gulf region. 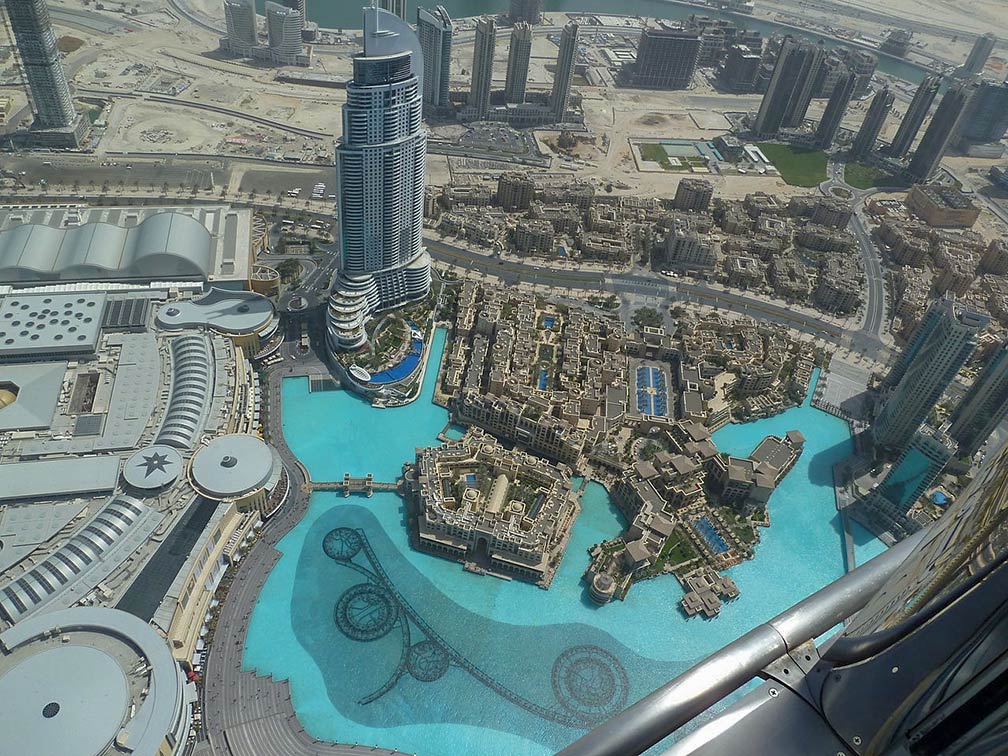 
Dubai developed from humble beginnings in the early 18th century from a village of fishers and pearl hunters to a global city and a business and transportation hub in the Persian Gulf region.
In 1966 oil was discovered in territorial waters offshore off Dubai.
Substantial revenues from the exports of crude oil and natural gas helped to accelerate the development of the city. Another driving force for the remarkable growth of the metropolis was presumably the longstanding competition or rather a tribal rivalry between Dubai and Abu Dhabi.


In recent years Dubai has gained popularity as a destination for short luxury vacations, home to the only seven-star hotel in the world. The cityscape is dominated by skyscrapers, high-rise buildings, squares, artificial lakes, and gardens; and in the center of it stands the Burj Khalifa, the highest building in the world at 829.8 m (2,722 ft).


Today Dubai has a population of 3.1 million people (in 2018) [1], almost 80% of the city's inhabitants are expatriates, mainly Indians and people from other Asian nations.
Arabic is the official language. English is the city's semi-official lingua franca and widely spoken. 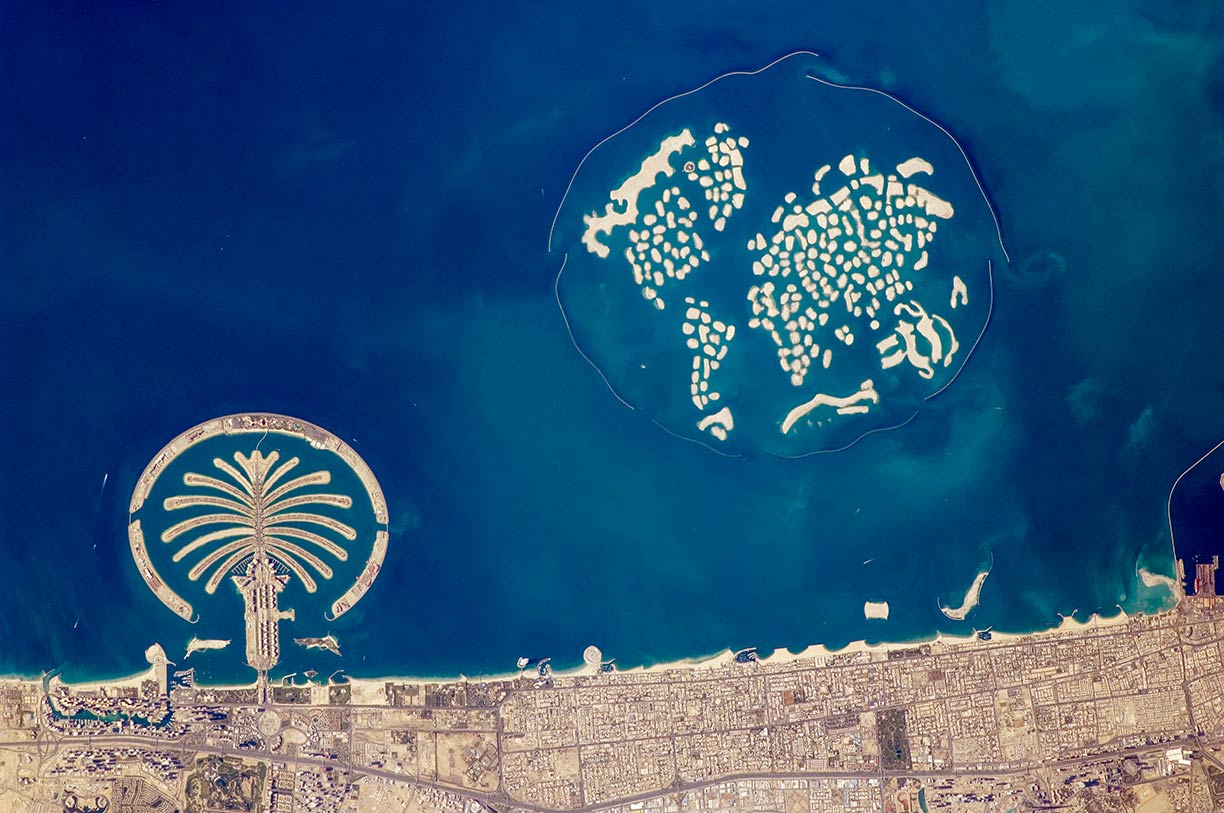 The artificial archipelagos in Dubai, the blinged-out emirate has achieved a global reputation for large-scale developments and architectural works. Among them are three human-made archipelagos, two Palm Islands (Palm Jumeirah and Palm Jebel Ali) laid out as stylized palm trees, and the World Islands archipelago, resembling a rough map of the world.
Image: NASA


The GaWC ranked Dubai as an Alpha World City, a city that links major economic regions and states into the world economy. [2]

The city is served by Dubai Metro, the Arabian Peninsula's first urban train network with today two lines, the Red line and the Green line. The fully automated and driverless trains serve 49 stations in the financial and residential areas of the city.
The Palm Jumeirah Monorail connects the artificial archipelago with the mainland.

Dubai International Airport (IATA Code: DXB) is the hub for the low-cost airline flydubai and Emirates, one of the world's fastest-growing and most profitable airlines. The airport is situated in Dubai's Al Garhoud district, about 12 km (7.5 mi) by road (via E11) north-east of the city center.

Burj Khalifa (www.burjkhalifa.ae), the world’s tallest building (828 m) with more than 160 stories, there is an observation deck on the 124th floor at the height of 555 m. The tallest human-made structure on the planet is owned by Emaar Properties.

Palm Islands, the famous artificial islands off the coast of Dubai in the waters of the Persian Gulf were created using land reclamation. Until today only Palm Jumeirah is completed. The roughly palm-shaped construction with trunk, spine, fronds, and crescent is home to many residences, hotels, resorts, retail, and dining facilities.

Ski Dubai (www.skidxb.com), the ski resort in the desert. The first indoor ski resort in the Middle East offers five runs that vary in difficulty, height, and steepness. Ski Dubai is located in the Mall of the Emirates (www.malloftheemirates.com), a huge shopping mall with about 1000 department- luxury- and flagship stores, over 100 restaurants & Cafes, and a multi-screen cinema.

Just zoom in to see Burj Khalifa. The tallest man-made structure in the world was opened in January 2010 after just a little more than five years of construction.


The Map shows a city map of Dubai with expressways, main roads and streets.