Political Map of Western Asia and the Middle East 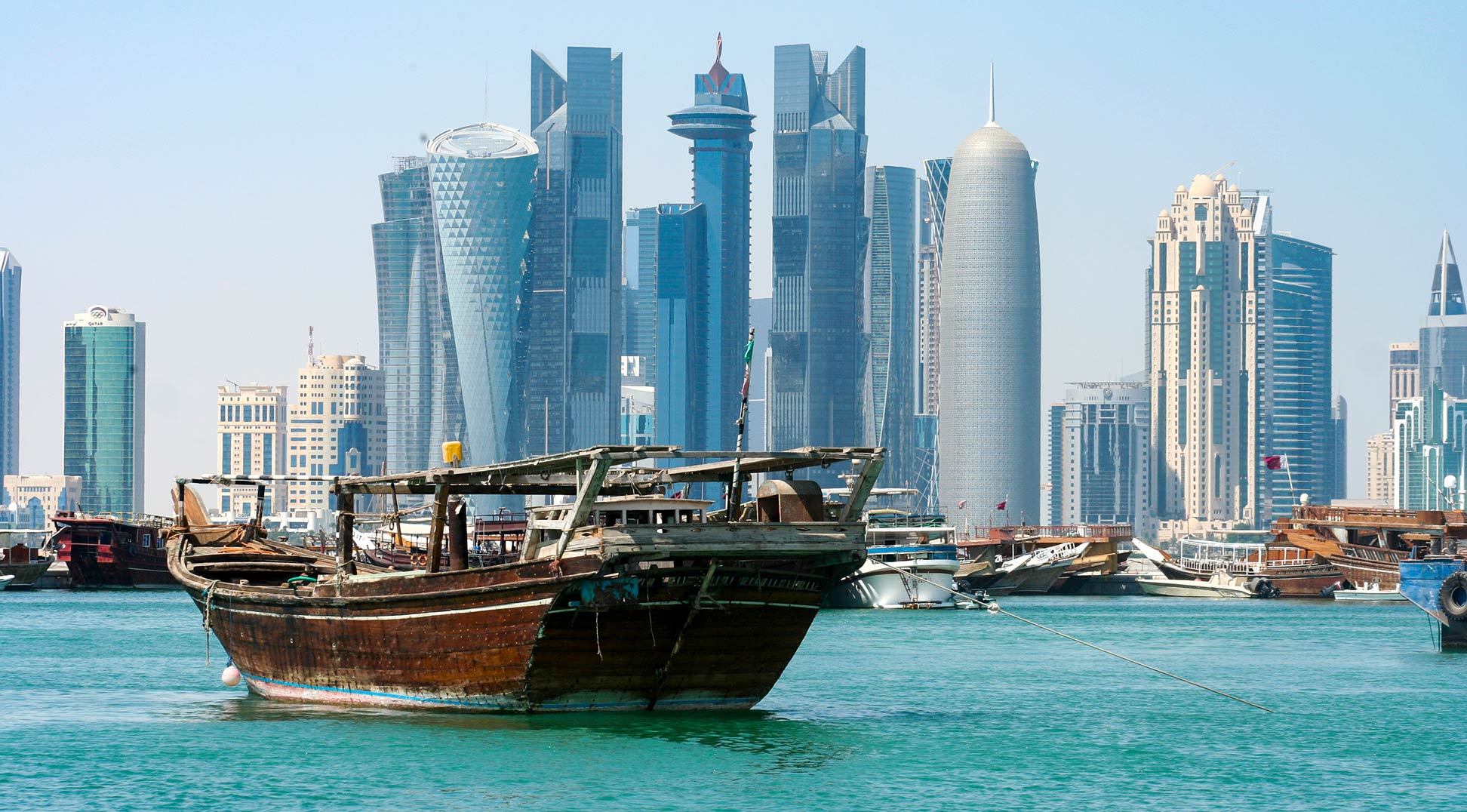 A dhow in front of the skyline of the West Bay of Doha, capital city of Qatar.
Image: Gregory Hawken Kramer

About the Middle East

The map below shows Western Asia and the Middle East, today a hot spot for political and religious unrest, full-scale wars, and a theater of proxy conflicts between the two most powerful countries - the USA and Russia. 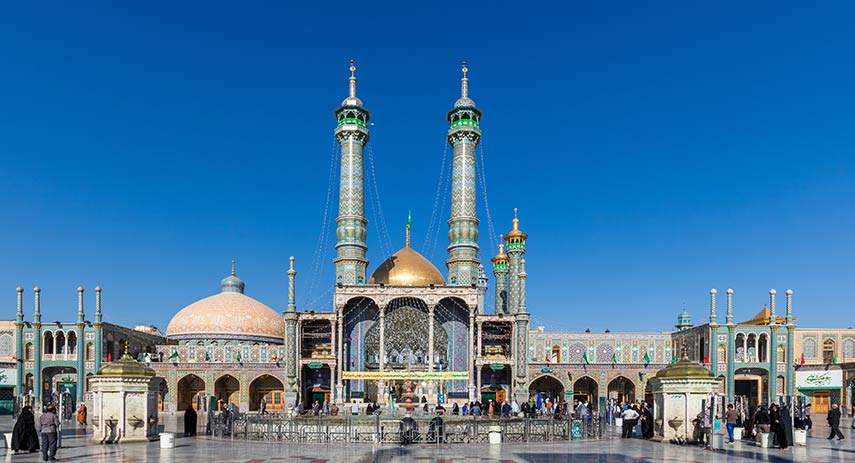 
The Middle East, sometimes also called Near East, is a region at the crossroads between Asia, Africa, and Europe, and since centuries the scene for cultural exchange, trade, and warlike conflicts.

The area has seen many rulers, from the Phoenicians, the Sumerians, the Parthians, and Romans, to the Ottomans, Arabs and Persians, and in recent history, the British and the French.

The region includes the ancient landscapes of the Fertile Crescent, where settled farming first emerged. It was the site of Mesopotamia, the Cradle of Civilization within the Tigris–Euphrates river system. The Levant situated along the Eastern Mediterranean, the Anatolian Peninsula (Asia Minor), now occupied by Turkey, the Sinai Peninsula, the only part of Egypt's territory in Asia, and the Arabian peninsula, the world's largest peninsula.

By conventional political definition, the countries in the Middle East are Cyprus, Iran, Iraq, Israel, Jordan, Lebanon, the State of Palestine (West Bank and Gaza Strip), Syria, and the Asian part of Turkey. Situated on the Arabian peninsula are Bahrain, an island in the Persian Gulf, Qatar, located on a peninsula itself, and the United Arab Emirates (UAE) in east, Oman in the southeast, Yemen in the south, and Saudi Arabia in the center.


Map of Southwestern Asia and the Middle East

Map of the Middle East between Africa, Europe, Central Asia, and South Asia.

More about the Middle East 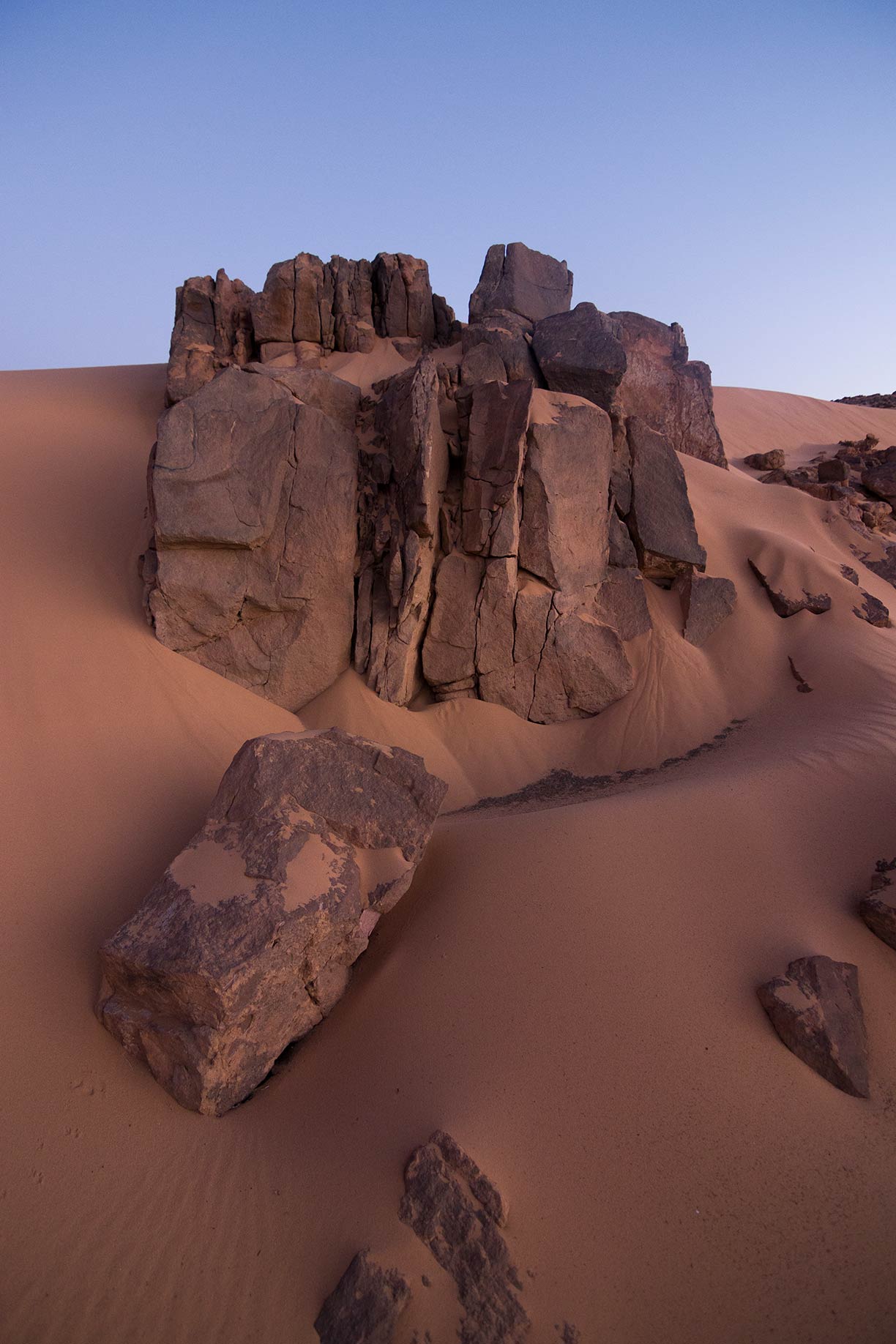 Wadi Rum, also known as the Valley of the Moon, is a valley in southern Jordan to the east of Aqaba; Jordan's only coastal city.
Photo: Ibrahim nabeel salah

Except for the narrow coastal regions, large parts of the Middle East features steppe, shrubland, and desert landscapes, occasionally interrupted by wadis. The largest deserts are the Syrian and the Arabian Deserts.


Climate
The coastal regions of the Mediterranean Sea offer a hot-summer Mediterranean climate (Csa), which is characterized by hot, dry summers and cool, humid winters. Central eastern Turkey and northwestern Iran are located in a transition zone between the temperate European climate and the arid Arabian deserts and have a humid continental climate. Most of the Middle East has a hot desert climate (BWh), which is generally hot, sunny, and dry all year round.

Economy
The economies of the Middle East range from very poor countries (like Syria, Palestinian territories, and Yemen) to extremely wealthy nations (like Kuwait, Qatar, Saudi Arabia, and the UAE).
Some countries in the Middle East are heavily dependent on exporting only oil and oil-related products (such as Saudi Arabia, the UAE, and Kuwait).
Industries in the Middle East region include oil and oil-related products, agriculture products like cotton, cattle, and dairies, textiles and leather products.
Israel is in the Top 10 of the world's biggest arms exporters.

Map of the Caspian Sea Region