Riyadh, the capital of the kingdom seen from above. In the background to the left is the ballpoint pen shaped Al Faisaliyah Center, the high rise on the right, looking like a broken off spade, is Kingdom Centre Tower, until now Riyadh's most prominent buildings, beside the Capital Market Authority Headquarters.

The satellite view shows Riyadh (lit: the Gardens), the national capital of

Saudi Arabia. The country's largest city stretches out over a high plateau in the historical Najd, the central desert region in the heartland of the Arabian Peninsula. 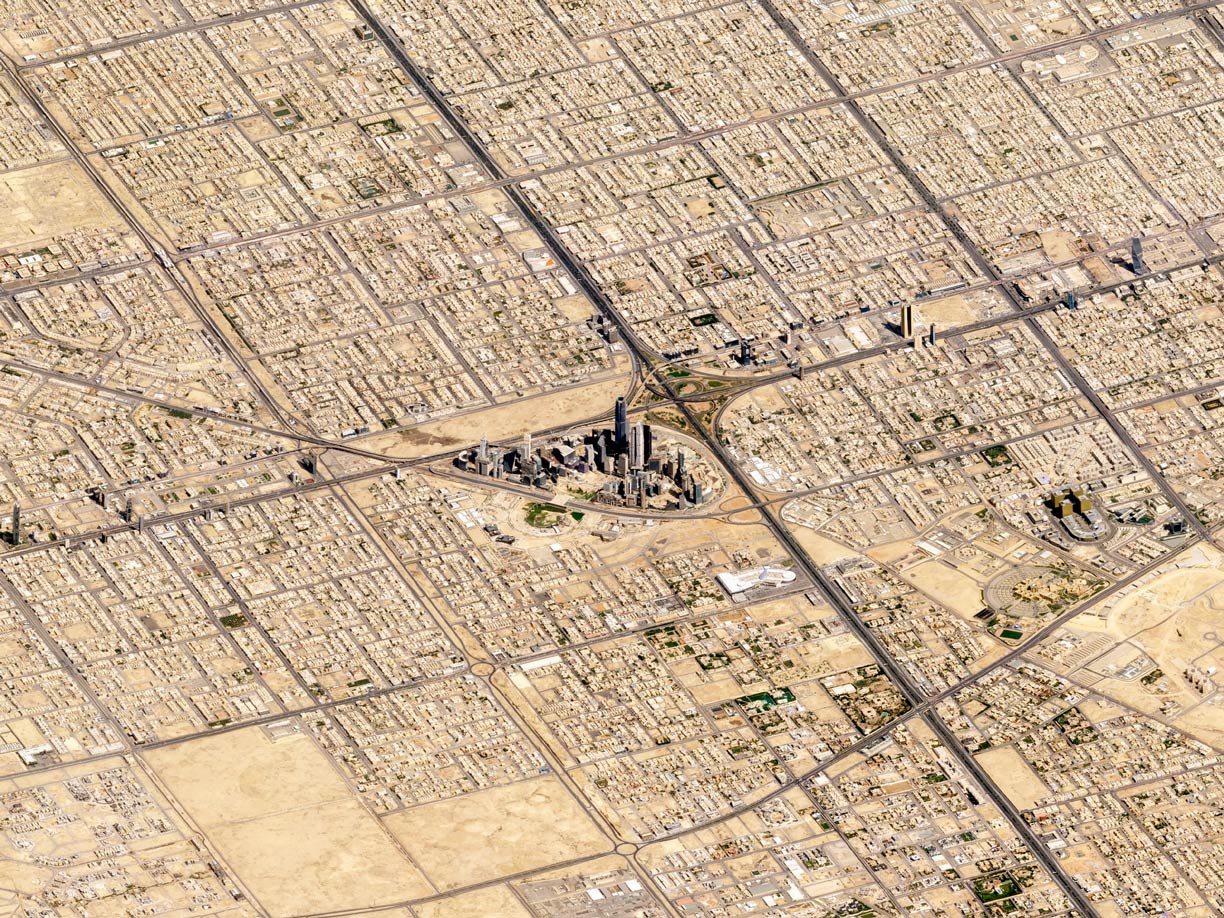 Satellite image of Riyadh, in the center the future King Abdullah Financial District, a development under construction.
Photo: SkySat

Diriyah in the northwestern outskirts of the capital was the original home of the Saudi royal family and the capital of the first Saudi dynasty. The Emirate of Diriyah was the first Saudi state (1744 - 1818). The At-Turaif District in ad-Diriyah it is since 2010 a UNESCO World Heritage Site.

Since the 1940s Riyadh developed from an uncharted desert town into a sprawling metropolis, layed out in a grid pattern, similar to other young cities in the Western Hemisphere. Today Riyadh is the administrative center of the kingdom and its main financial hub.

Today Riyadh has a population of nearly 5 million inhabitants, and about 6 million people altogether live in the region in and around the city. The population of Riyadh is made up of 60% Saudi, and 40% of the people are hard-working foreigners.

The official language is Arabic; spoken language in Riyadh city is a distinctive regional speech pattern, the Najdi dialect, considered to be one of the most recognizable accents within the Arabic language. 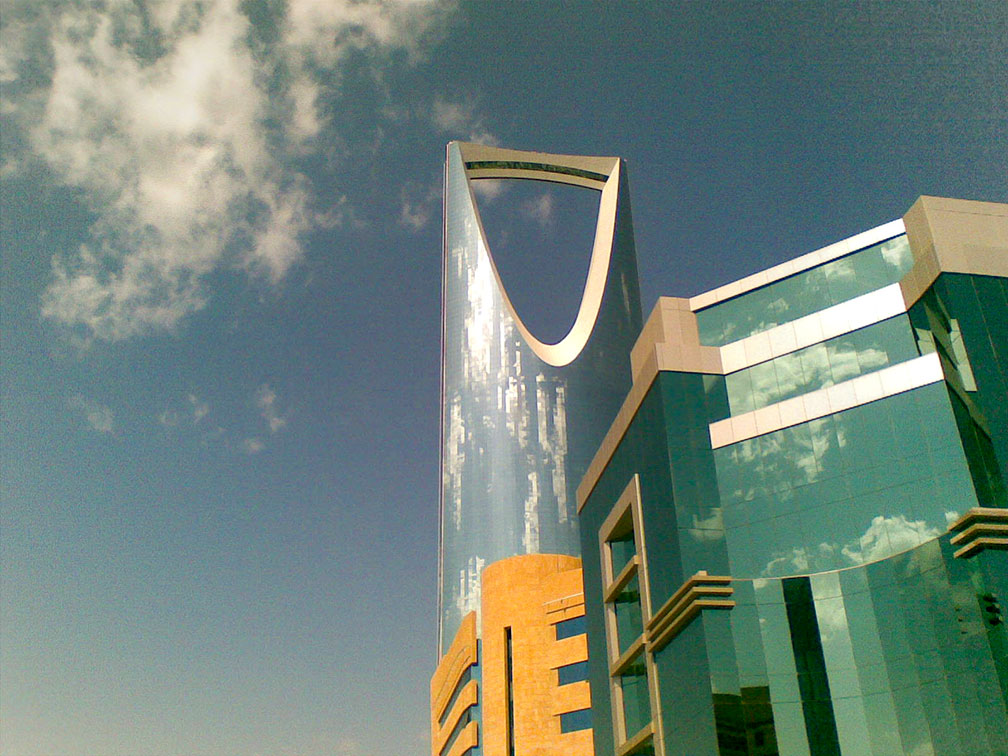 
Compared with other cities Riyadh offers only some tourist attractions: there is the Masmak Fortress, a clay, and mud-brick citadel, with four watchtowers and thick walls in the old quarters of the capital. The fort was the residence of King Abdulaziz from 1902 to 1938.

Another part of the King Abdulaziz Historical Centre in Riyadh is the National Museum of Saudi Arabia (www.nationalmuseum.org.sa), established in 1999, you might be lucky and enjoy Pre-Islamic Poems recited by young creative girls at the museum.

The Kingdom Center Tower (kingdomcentre.com.sa) also known as Burj Al-Mamlaka is the new symbol of Riyadh, a skybridge connects the two towers at the top.

The Burj Al Faisaliyah is a 30-floor tower designed by British architect Norman Foster. The complex houses a five-star hotel, a banquet hall, a shopping area known as the Al Faisaliah Mall, and a globe-shaped restaurant with an observation deck at the top.

Riyadh Gallery Mall, if you don't have Hermès, ZARA, Versace, H&M, Dior, and Chanel at home, it's a must.

Just zoom in to see the Kingdom Center (Burj Al-Mamlaka), one of the tallest building in Saudi Arabia with a height of 302 m (990 ft).