Satellite View and Map of the City of Muscat (مسقط‎), Oman

Muscat with the Mutrah port and corniche.
Image: xiquinhosilva 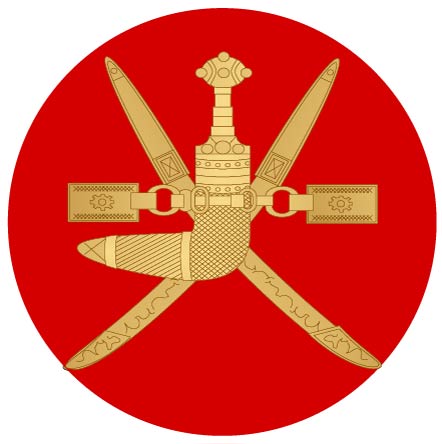 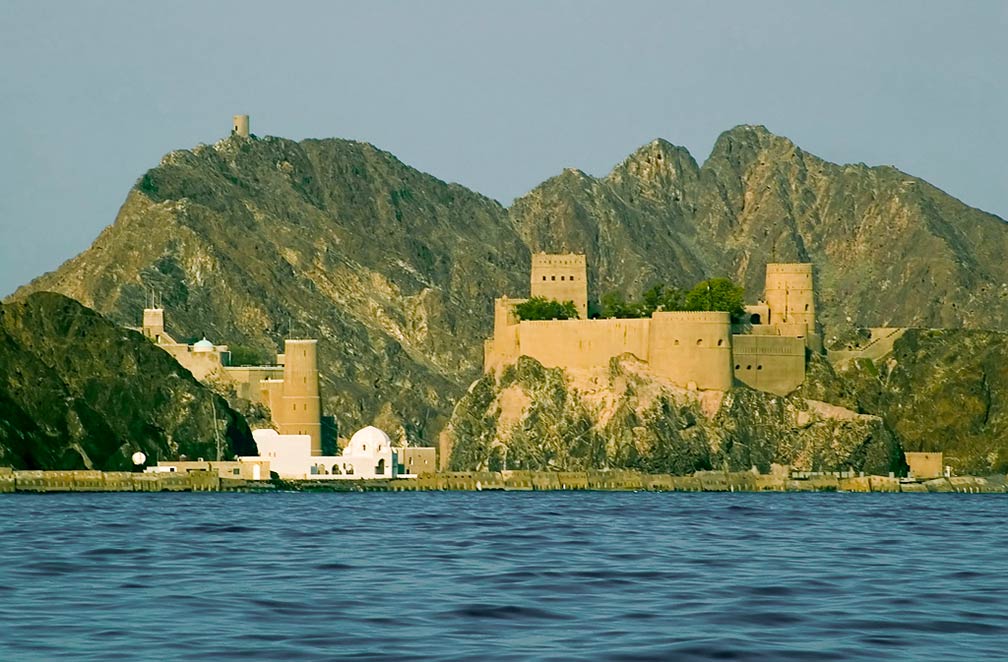 The Portuguese built Fort Al-Jalali and Fort Al-Mirani in the harbour of Muscat.
Image: David Fenner


The satellite view and the map shows Muscat, a major port, the largest city and the national capital of the Sultanate of

Oman, a desert nation at the south-eastern end of the Arabian peninsula, bounded by the Persian Gulf and the Strait of Hormuz, the Arabian Sea and the Gulf of Oman. Oman borders the United Arab Emirates, Saudi Arabia, and Yemen.

Muscat is located in the north of mainland Oman at the coast of the Gulf of Oman.

The city is the seat of the Omani government. The sprawling metropolitan area of the city has a population of about 1.8 million people (in 2015), this is almost half of Oman's total population. The official language is Arabic, Swahili is also spoken. Most of Oman's population are Muslims, adherents of Ibadism Islam.


The site of present-day Muscat had been inhabited at least since the second millennium BC. It was home to the Magan Empire. Its wealth came from the trade with copper, frankincense, and pearls. Around 500 BC the Achaemenid-Persian King Cyrus the Great, conquered the area and it remained under Persian rule for the good part of a millennium.
The Muslim conquest of Persia ended this rule and introduced a new era, but in 1507 the port fell into the hands of the Portuguese. It took one and a half centuries to drive the invaders out. In 1650, Sultan ibn Saif succeeded and revived the city as a commercial center for the Arabs. In 1808, Muscat became the capital of Oman for the first time, but lost this status temporarily. It was not until 1971 that Sultan Qaboos bin Said Al Said declared the city the capital of the country again.

Muscat was in Lonely Planet's list of Best in Travel: Top 10 cities for 2012. The city is described as: "Oman is firing on all fronts to attract international visitors, expanding everything from its museums to its resorts. Muscat is the focus for the revamp, with cultural events, luxury accommodation, and aquatic activities taking center stage. This year it's all about Qurum's trendy designer outlets, Old Town souks, and wacky water sports enlivening its coastline alongside traditional dhows (kind of sailing boat). Muscat is still genuinely interested to see visitors, so much so that first-timers might have the odd feeling of returning to the house of an old friend. 'Tomorrow will be a new dawn on Muscat,' the Sultan pledged upon attaining power in 1970. Today in Muscat, the sun has well and truly risen."