Satellite View and Map of Jordan

The Royal Tombs also known as The Kings Wall in Petra, a historical and archaeological city in southern Jordan. Petra flourished in the 1st century AD. The settlement was a major regional trading hub and the urban center of the Nabataeans, nomadic Arabs who controlled much of the trade routes of the region.
Image: Berthold Werner 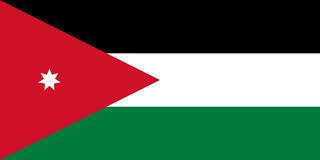 The satellite view and the map show the Hashemite Kingdom of Jordan, an Arab country in the Middle East, west of the Jordan River. It borders the Gulf of Aqaba (Red Sea) in a narrow coastal strip around the city of Aqaba in the south.

Jordan borders Iraq, Israel, Saudi Arabia, Syria, and the West Bank, a part of the Palestinian territories; it shares maritime borders with Egypt.

Jordan covers an area of about 89,342 km², making it slightly smaller than Portugal, or about three-quarters the size of the U.S. state of Pennsylvania. 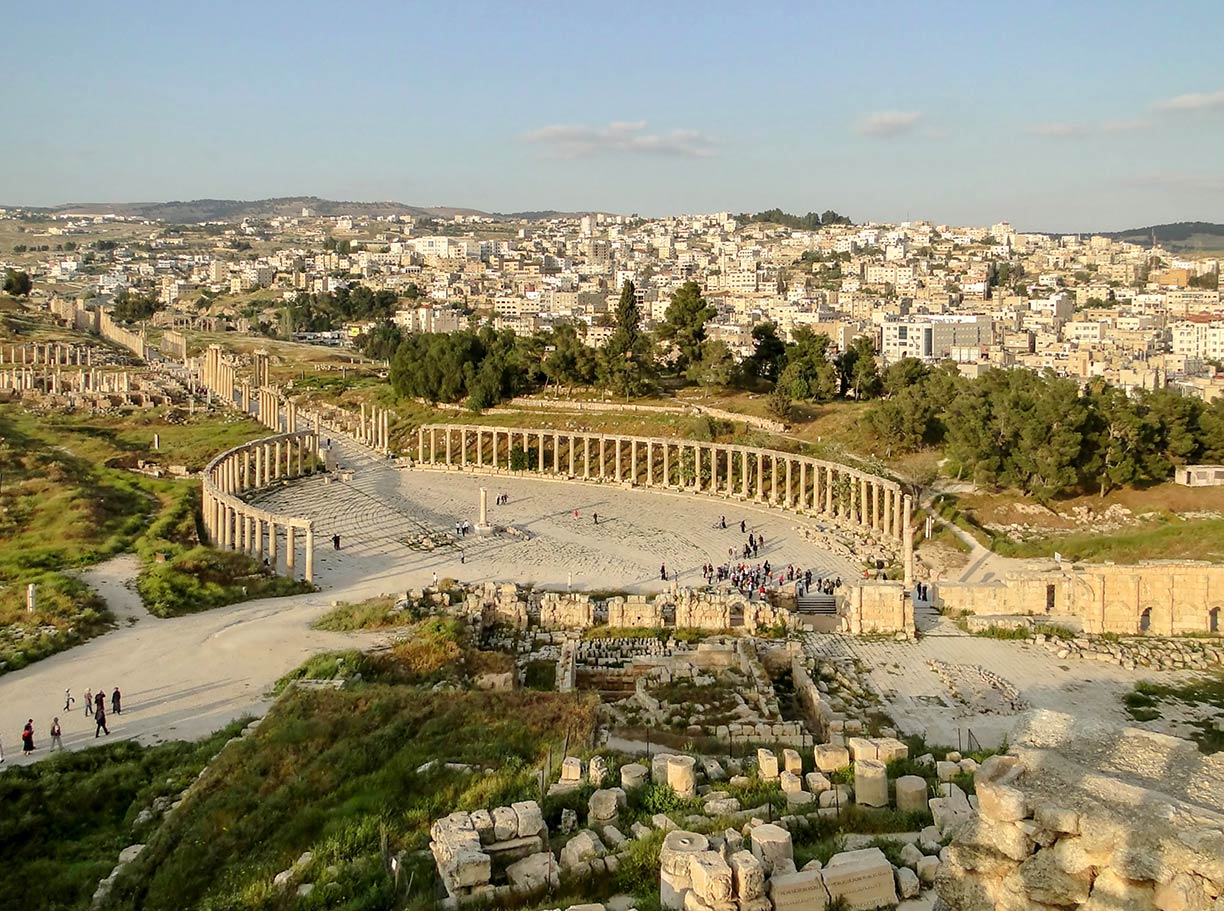 The Romans left their mark in the region. View of the Oval forum and the Cardo maximus of the Roman city of Gerasa; modern Jerash in the background.
Photo: Bernard Gagnon


Jordan's landscape offers three distinctive regions; the Jordan Valley, the northern section of the Great Rift Valley, extends along the Jordan River. Within the Jordan Valley, at the shore of the Dead Sea, is the lowest point on earth's land surface (-431 m).

The Jordanian Highlands are a mountainous region east of the Rift Valley. The highest peak is Mount Umm al-Dami at 1,854 m, located in southern Jordan in the Wadi Rum near to the border with Saudi Arabia.

The plateaus of the Syro-Arabian desert, or Badia desert, adjoin the highlands to the east. More than two-thirds of the kingdom is arid land. The vast area consists of desert, semi-desert, and steppe. The Badia desert is home to Bedouin livestock breeders - many of them nomadic.

Jorden has a population of approximately 10 million people (in 2019); the capital and largest city is Amman; the official language is Arabic. The main religion is Sunni Islam (92%).

Map of South Western Asia and the Middle East