Lake Tso Moriri, in the Ladakhi part of the Changthang Plateau in Ladakh, Jammu and Kashmir, India.
Image: Prabhu B Doss

About Jammu and Kashmir 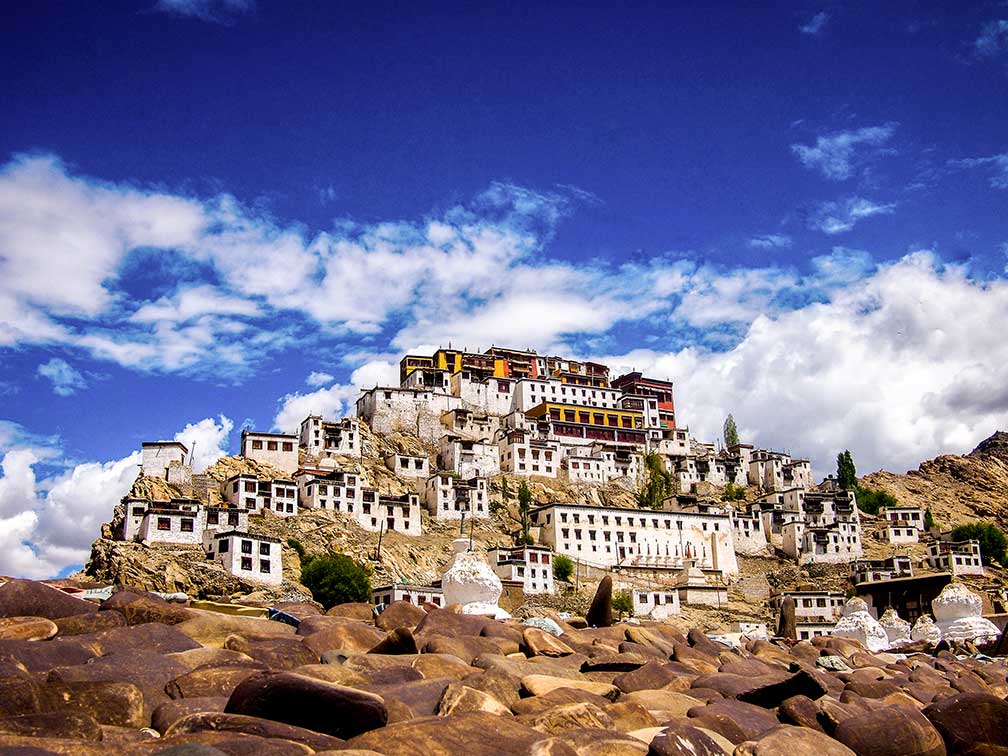 The satellite view shows Jammu and Kashmir, India's northernmost state. The former Princely State of Jammu and Kashmir was part of the greater Kashmir region, and is subject of an ongoing territorial conflict among India, Pakistan and China.

Jammu and Kashmir is situated in north west of India in the Himalayan Region, bordered in west by Pakistan's Azad Kashmir division, in north by Gilgit-Baltistan, the Pakistani territory formerly known as the Northern Areas, to the north east by the disputed border area of Aksai Chin, now administered by China, in east by the Autonomous region of Tibet, and in south by the Indian states of Punjab and Himachal Pradesh. The Kashmir region, the former princely state of Kashmir and Jammu, is disputed among China, India and Pakistan.


India has control of about 60% of the area of the former princely state (Jammu, Kashmir Valley, Ladakh and Siachen Glacier); Pakistan controls 30% of the region (Gilgit–Baltistan and Azad Kashmir). China administers 10% (Aksai Chin and Trans-Karakoram Tract) of the state since 1962. 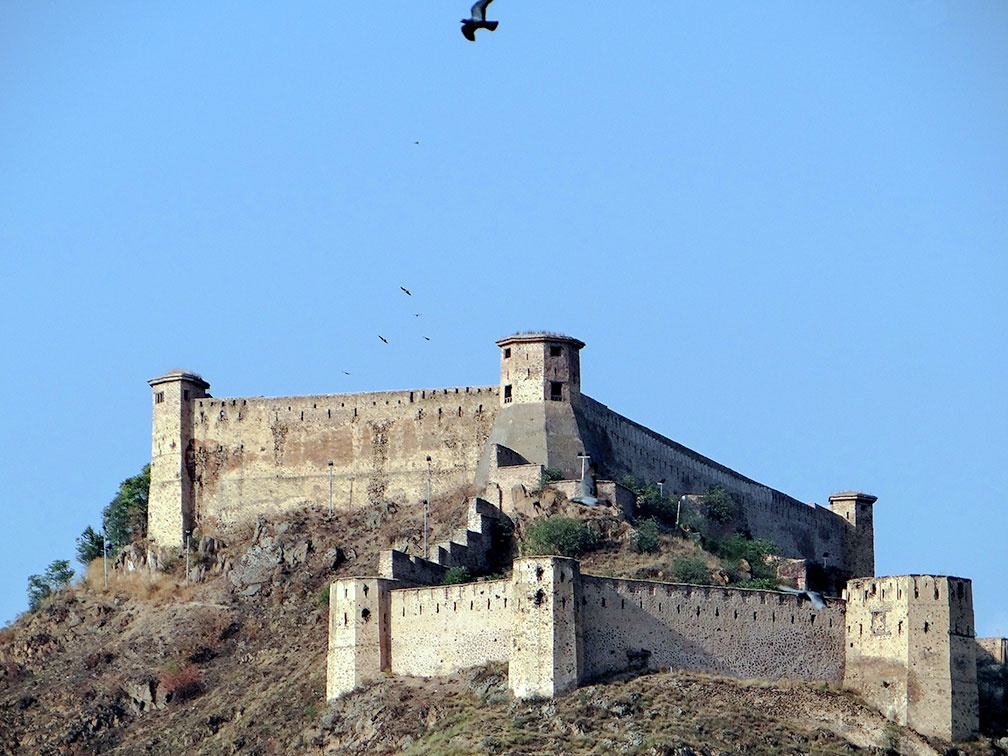 Hari Parbat, or Koh-e-Maran, is a hill to the western side of the Dal Lake overlooking Srinagar. The Durrani Fort on top is one of the ancient forts of Jammu and Kashmir from the times of the Mughal emperors.
Image: Caesardeka


With an area of 222,236 km², the state is about the size of Great Britain (island), or slightly smaller than Minnesota.

The state's geography offers some of India's highest mountains, separated by valleys, like the Kashmir Valley, Tawi Valley, Chenab Valley, and Poonch Valley. The region is also the site of several Himalayan glaciers.

Major rivers are the Indus, the Jhelum River, Tawi, Ravi and Chenab. Wular Lake in the north western corner of J&K, in the Bandipora district is one of the largest fresh water lakes in Asia.

Capital cities of Jammu and Kashmir are: in Summer - Jammu, the largest city in the state, and in Winter - Srinagar. 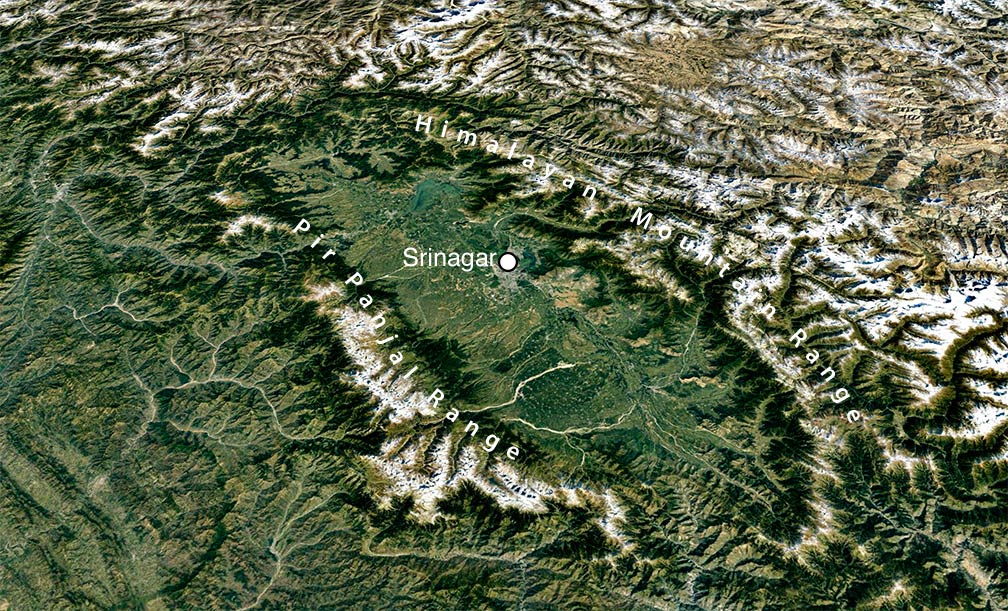 More than 14 million people (est. 2017) live in India's northernmost state which consists of three regions: the Jammu Division, the Kashmir valley (Vale of Kashmir) with a predominantly Muslim population, and the mountainous Ladakh, the region's population is split roughly in half between the districts of Leh and Kargil. 77% population of Kargil is Muslim, while the population of Leh is 66% Buddhist.
Official languages are Urdu, Kashmiri, and Dogri, an Indo-Aryan language.


There are endeavors for Ladakh to be constituted as a union territory because of its religious and cultural differences with Kashmir.


The map shows a map of Jammu & Kashmir with borders, cities and towns, expressways, main roads and streets,
and the location of Jammu's Satwari Airport (IATA code: IXJ).