A street in front of the town hall and the clock tower of Silvassa, administrative capital of the Union Territory of Dadra and Nagar Haveli in India.
Image: Sharada Prasad

About Dadra and Nagar Haveli

Satellite view and map of Dadra and Nagar Haveli. The landlocked Indian Union Territory lies about 150 km north of Mumbai in Western India, located between the mountain range of the Western Ghats and India's coastline at the Arabian Sea. 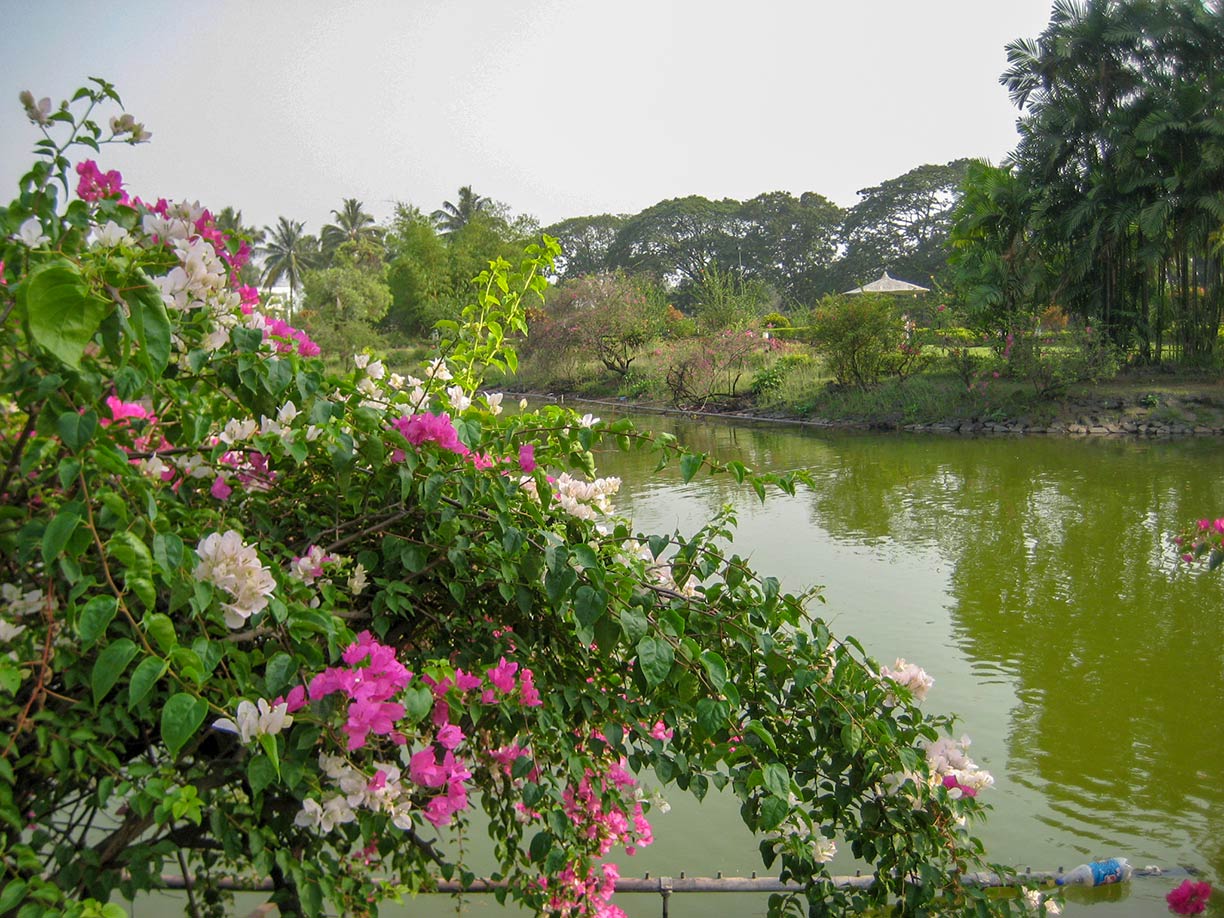 Flowering bougainvillea and a floating plastic bottle in Vanganga gardens and lake. Vanganga Garden is actually in Gujarat at the administrative border between the Indian state and the UT of Dadra and Nagar Haveli, about 8 km north west of Silvassa.
Image: Raman Patel
The former Portuguese colony borders the Indian states of Maharashtra and Gujarat. Dadra is an enclave within Gujarat, a few kilometers to the north of Nagar Haveli.

The combined area of the union territory amounts to 491 km² (190 sq mi), compared this is about one fifth the size of Luxembourg, or slightly smaller than three times the size of Washington D.C.

The union territory has a population of estimated 400,000 people (2018). Dadra and Nagar Haveli's capital and largest city is Silvassa. The industrial urban center on the east bank of the Daman Ganga River has a population of about 100,000 inhabitants. Spoken languages are Gujarati, Marathi, Hindi, English, and Portuguese. Hinduism is the dominant religion. Nearest international airport is Chhatrapati Shivaji International Airport in Mumbai.