Golconda was the main center of the ancient Kakatiya dynasty and in the 15th century the capital of the medieval Muslim Mughal Empire of the Qutb Shahi dynasty.
Image: Ankur P

Satellite view and map shows Telangana. The roughly triangle shaped state is located in central southern India, bordered by Maharashtra in north, Karnataka in south-west, Andhra Pradesh in south and Chhattisgarh in south east.
Telangana became the 29th state of India on 2nd June 2014, by separation of ten districts from north-western Andhra Pradesh to form the new state. India's youngest state covers an area of 112,077 km², making it slightly larger than Bulgaria or somewhat larger than the US state of Virginia. 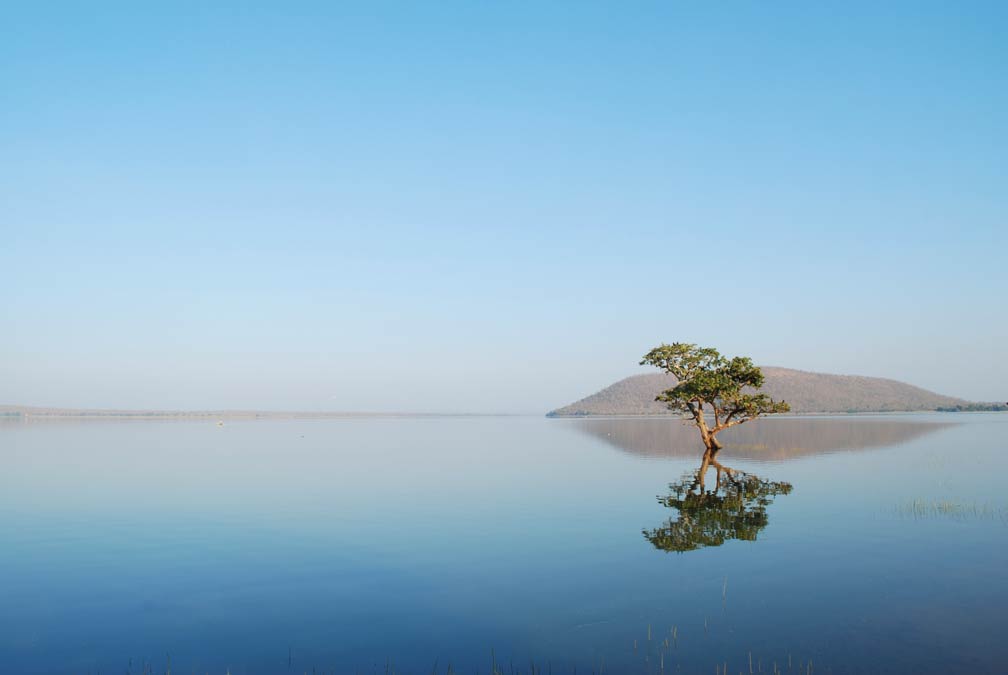 Pakhal Lake, the man-made lake in the Pakhal Wildlife Sanctuary in Warangal district is a popular tourist destination.
Photo: Alosh Bennett
Primate city and capital of Telangana is Hyderabad, a metropolis along the banks of the Musi River with a population of 7 million people, (in the foreseeable future the city will also serve as the capital of Andhra Pradesh).

Other major cities are: Warangal, the ancient capital of Kakatiya dynasty (12th to 14th centuries), which left behind many monuments of that time. Nizamabad, the city was part of the Nizam's dominions until 1948, when India annexed the Deccan region. Khammam, a historical city on the banks of Munneru River. Karimnagar, a city on the banks of Manair River and the fastest growing urban settlement in the state, it is also a major education center. Ramagundam, the city in the Peddapalli district on the banks of the Godavari river.

Telangana has a population of 38 million people (est. 2017), official language is Telugu, spoken by about 77% of the population, second language is Urdu (12%). Main religions are Hinduism 85% and Islam 13%.


Economy
Agriculture is still the major employer in Telangana. The principal agricultural products include rice, maize, mango, tobacco, cotton, and sugar cane. Major industries in the state are cotton, manufacturing and services industries are in operation mainly in and around Hyderabad. Cognizant, Google, Amazon, and Tata Consultancy Services (TCS), houshold names in the IT industry have big investment plans for the city. Other industries are automobiles and auto components, spices, mines and minerals, textiles and apparels. 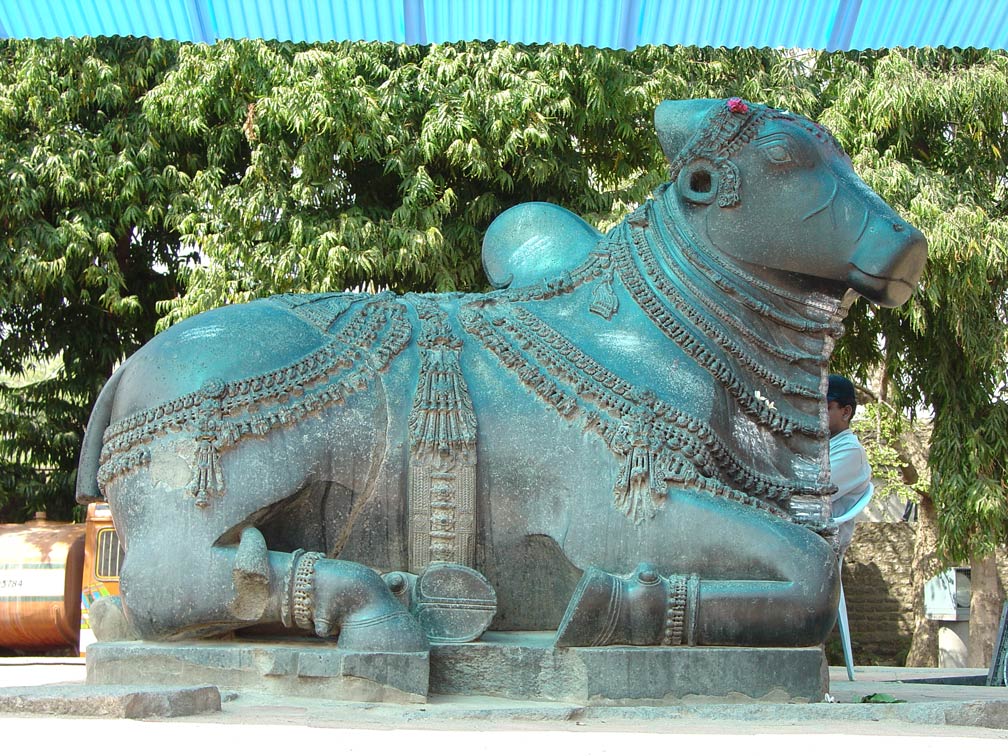 Warangal Fort, Warangal was the capital of the Kakatiya dynasty, then known as Orugallu. The Glorious Kakatiya Temples and Gateways are on the Tentative List of World Heritage Sites of the UNESCO. The monuments included are the remnants of Swayambhu temple in the Warangal Fort and Keerthi Thoranas, also known as the Warangal Gate, the Rudreshwara Swamy Temple (Thousand pillars temple) in Hanamakonda, and the Ramappa Temple in Palampet.

Charminar (Four Pillars), the iconic landmark of Hyderabad. The monument was built in 1591 by Muhammad Quli Qutb Shah, to commemorate the end of the cholera plague.

Chowmahalla Palace in Hyderabad, the palace with two courtyards, a council hall, and a clock tower, was the seat of the Asaf Jahi dynasty and the official residence of the Nizams of Hyderabad in times they ruled Hyderabad state. 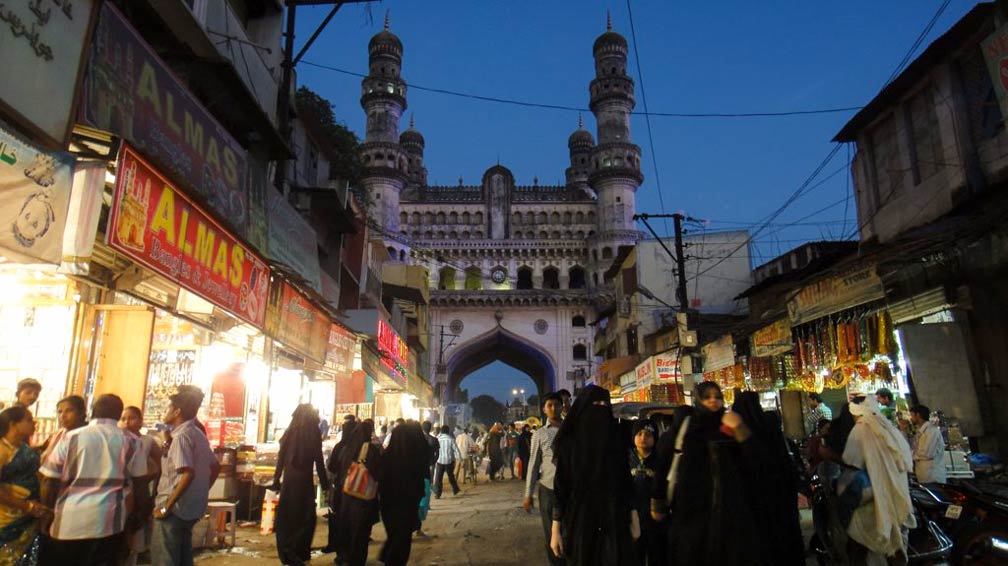 Area around the Charminar, the famous landmark and mosque in Hyderabad was constructed in 1591 on the east bank of the Musi river.
Photo: Rajesh_India

Golkonda, the "round shaped hill", remains of a citadel and fort in the former capital of a medieval sultanate that flourished from the 14th to 16th century. Golkonda is also renowned for some of the world's most famous diamonds found nearby. The city was the exclusive center of the diamond trade of that time.

Mahbubnagar District, is home to the historical Sri Ranganayaka Swamy Temple, and the Pillala Marri, an 800-year-old banyan tree. Located in nearby Alampur is the reconstructed Jogulamba Temple.

Pakhal Lake, the man-made lake in the Pakhal Wildlife Sanctuary 57 km by road east of Warangal.

Kawal Wildlife Sanctuary, a wildlife sanctuary and tiger reserve located in Jannaram Mandal in the north of the state.


The map shows Telangana state with cities, towns, expressways, main roads and streets, and the location of Chennai International Airport (IATA code: MAA) in a distance of 7 km (4.3 mi) south west of Chennai. Major ports in the State are Chennai and Tuticorin.