Satellite View and Map of the City of Dhaka (prev. Dacca)

Bangladesh. Dhaka is located at Buriganga River in Dhaka Division in central Bangladesh, about 200 km (125 mi) north of the Bay of Bengal. The megacity is the center of the cultural and political life in the country. 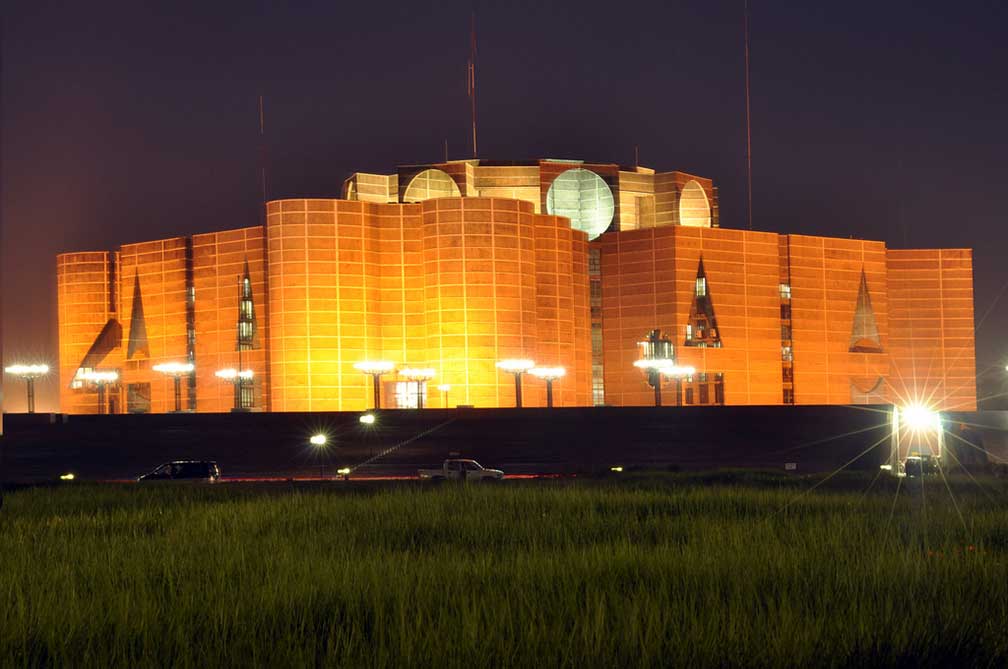 
In the 17th century, Dhaka was the Mughal capital of Bengal (Bengal Subah), a state of the Mughal Empire. After the partition of India in 1947, the city became the administrative capital of East Pakistan, and later, in 1971, the capital of an independent Bangladesh.

The city is the country's political center as well as its center for culture, education, trade, and business, and it is renowned for producing the world's finest muslin (cotton fabric).

Dhaka has a population of about 7 million inhabitants, more than 12 million live in its metropolitan area, and more than 17.2 million in the Greater Dhaka Metropolitan area, making Dhaka one of the Megacities in South Asia. The official language is Bengali. The city's nicknames are Rickshaw Capital of the World and the City of Mosques.

Some points of interest in and around Dhaka: 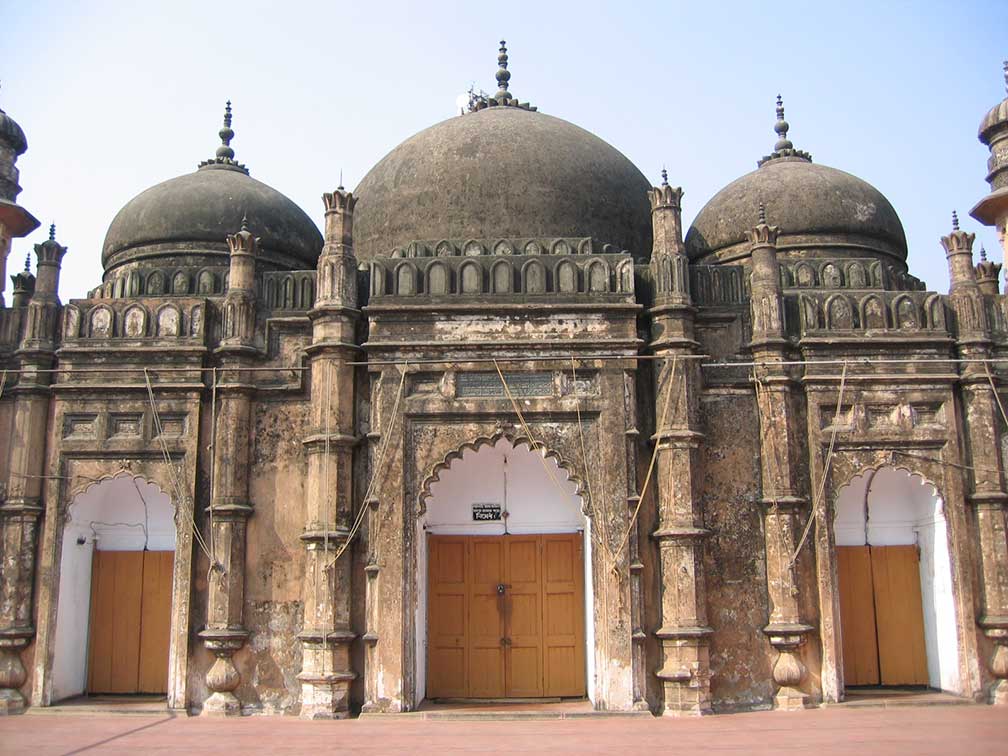 Domes of Khan Mohammad Mirdha Mosque in Old Dhaka, built in the beginning of the 18th century.
Photo: Tanweer Morshed

Bangladesh National Museum - the national museum of Bangladesh devoted to history, archaeology, classical, decorative and contemporary art.
Sonargaon (former seat of the medieval Muslim rulers and governors of eastern Bengal.); Star Mosque, a 19th century built mosque, one of the several hundred mosques in the city. Sixty Dome Mosque, Sultanate period mosque, the largest in the country and a UNESCO World Heritage Site, inscribed as Historic Mosque City of Bagerhat


Dhaka came to public attention around the world in April 2013, when the Rana Plaza collapsed with a death toll of 1,130, more than 2000 people were injured. The building housed a bank, apartments, several shops, and several garment factories employing around 5,000 people, manufacturing apparel for international brands.

The city came again to the attention of the world in the evening of 1 July 2016, when several Gunmen seized a cafe popular with expats in Dhaka and took hostages inside the cafe, the siege lasted into the morning of the following day. 20 hostages, all foreigners, and two police officers were killed. Security personnel ended the attack by killing six terrorists, one of the terrorists was captured alive, 14 hostages were rescued.


View
Just zoom in to see Sadarghat Boat Terminal, the area is known as Sadarghat Port, the Dhaka City River Front, located in the southern part of Dhaka.