Peaks of Trishul and Nanda Devi in the Himalayan range. View from Kausani in Uttarakhand. Nanda Devi at 7,816 m, is the highest mountain in India which is entirely located within the nation.
Image: Sanjoy Ghosh 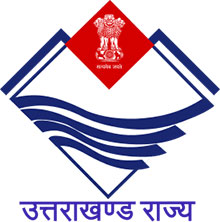 Satellite view and map of the State of Uttarakhand. The Indian state Uttaranchal was created out from the northern part of Uttar Pradesh in 2000. In January 2007 the state was renamed Uttarakhand.

Uttarakhand lies in the northern part of India and borders the Indian states of Haryana, Himachal Pradesh, and Uttar Pradesh, it shares international borders with the Autonomous Region of Tibet (China) in the northeast, and the Himalayan country of Nepal in the southeast. 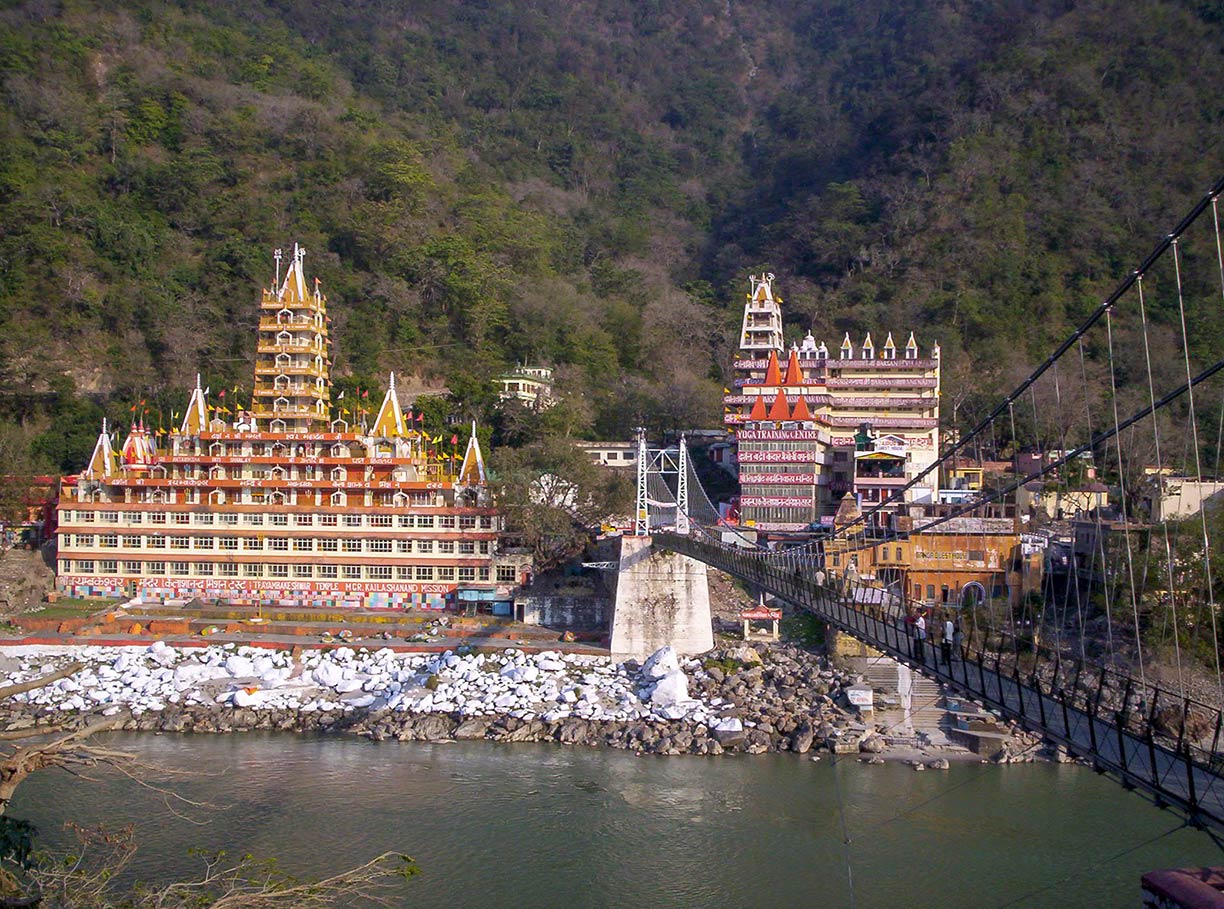 Rishikesh, the vegetarian city (by law); it offers of Temples, Yoga and Meditation.
Image: meg and rahul
The Indus-Gangetic Plain and the mountainous region of the Himalayas in northern India has been inhabited since prehistoric times.
It was the historic center of powerful Indian empires, the Mughal dynasties, the Delhi Sultanate, and the British Indian Empire.

With an area of 53,483 km², Uttarakhand is somewhat smaller than Croatia, or about twice the size of Massachusetts.

The Indian state has a population of 8.5 million inhabitants. De facto capital city of Uttarakhand is Dehradun (Dehra Dun).
Official languages are Hindi and Sanskrit. Hinduism is the main religion in the state (88%).