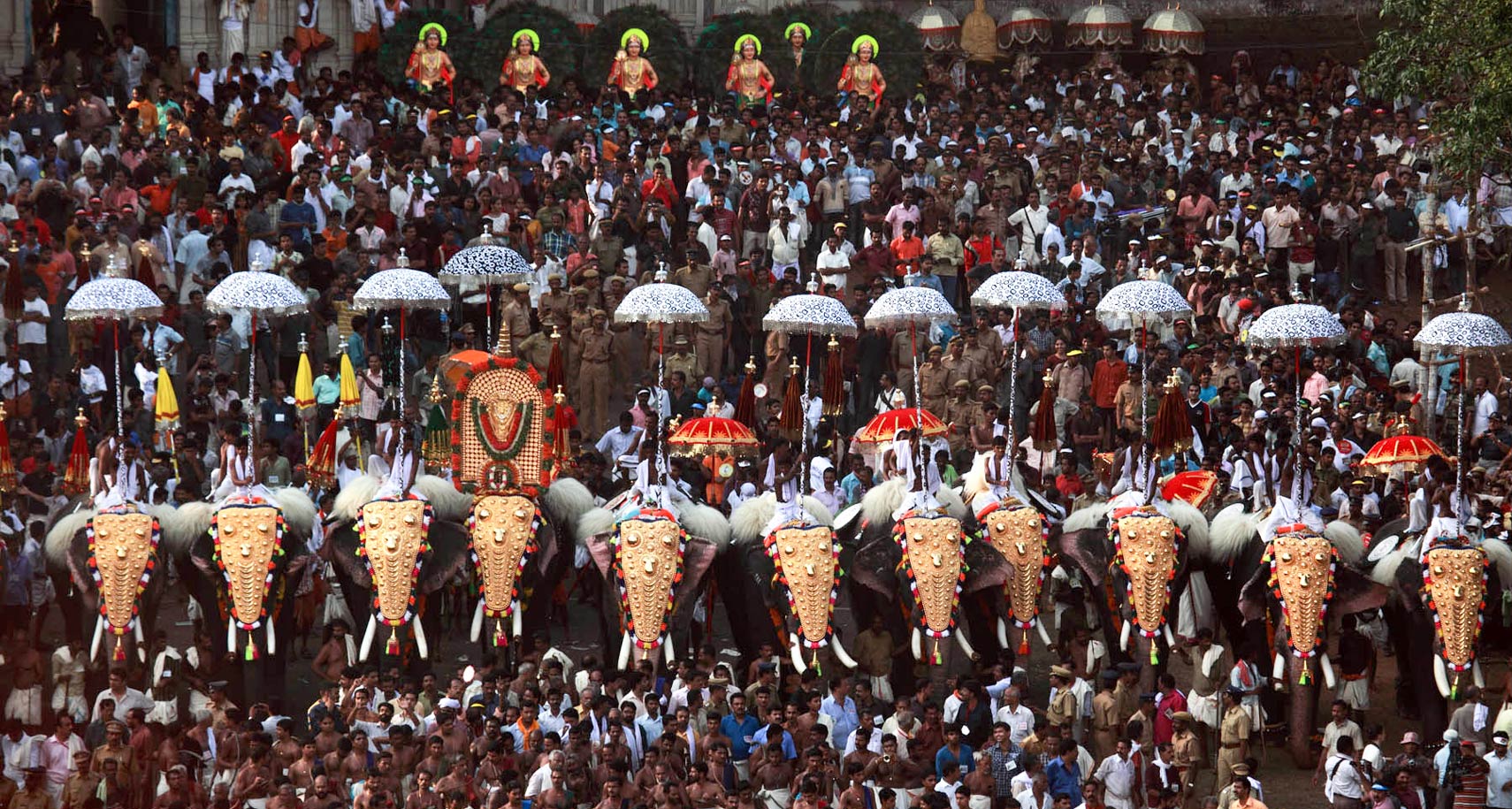 Thrissur Pooram, the annual Hindu temple festival held at the Vadakkunnathan Temple in Thrissur, Kerala, India. Poorams are dedicated to god/goddesses Lord Shiva, Durga or Kali, celebrated in the month of Medam (April or May).
Image: Kerala Tourism 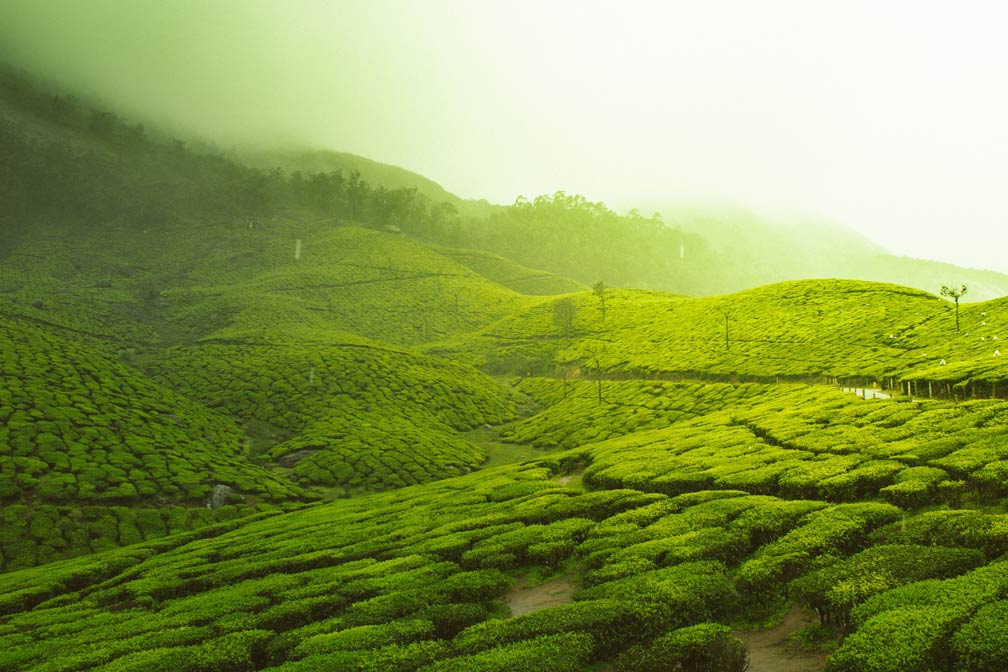 
Satellite view is showing the Indian state of Kerala along the Malabar Coast of southwestern India. Kerala is bordered by the states of Karnataka to the north Tamil Nadu in west and the Arabian Sea in east.


Kerala was created in 1956 from the former state of Travancore-Cochin and parts of Madras (today Tamil Nadu).


The state covers an area of 38,863 km², making it somewhat smaller than Switzerland, or slightly smaller than half the size of the US state of South Carolina.


Kerala has a population of 34,5 million people (est. in 2017). Capital city is Trivandrum (Thiruvananthapuram). Largest urban conglomeration is Kochi metropolitan area (also known as Cochin), a major port and the hub of commercial activity in the state.
Principal language is Malayalam. 55% of Kerala's population are Hindus, 27% are Muslims and 18% Christians. 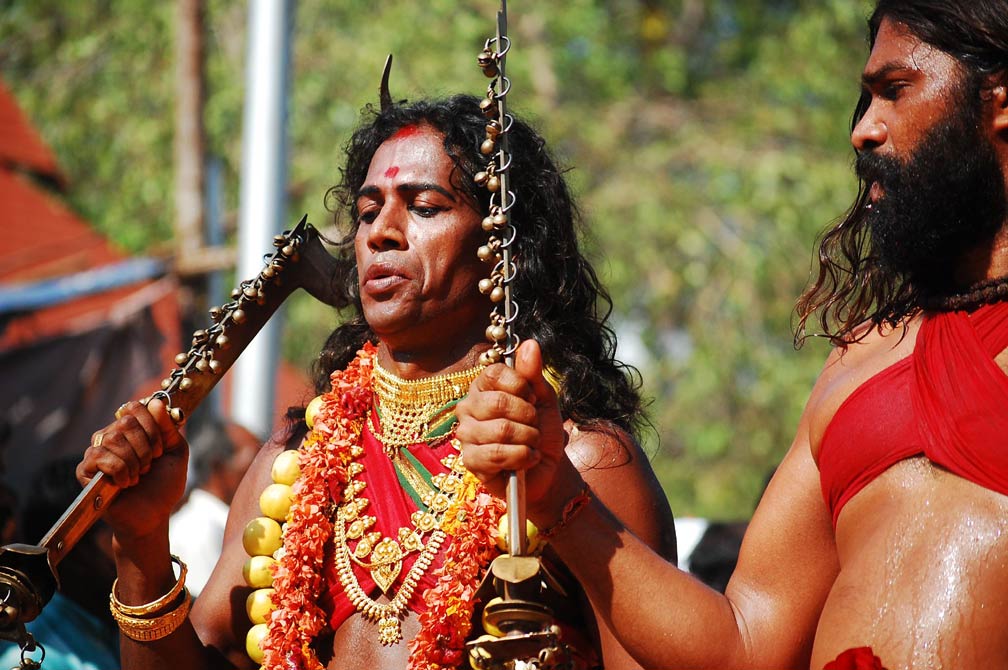 Velichappadu the revealer of light (he is the medium between the Goddess and the worshiper in Hindu belief). Bharani festival at the Kodungallur temple in Kerala, South India.
Photo: Challiyil Eswaramangalath Pavithran Vipin

Tourism
Kerala is a famous tourist destination for its resorts, its landscapes, its hill stations and backwaters and also for Ayurveda treatment.

The biggest festival in Kerala is Onam (in the month of Chingam, Aug - Sept) it marks the homecoming of the legendary King Mahabali. The national festival lasts for ten days and is a visible expression of Kerala's culture and tradition. 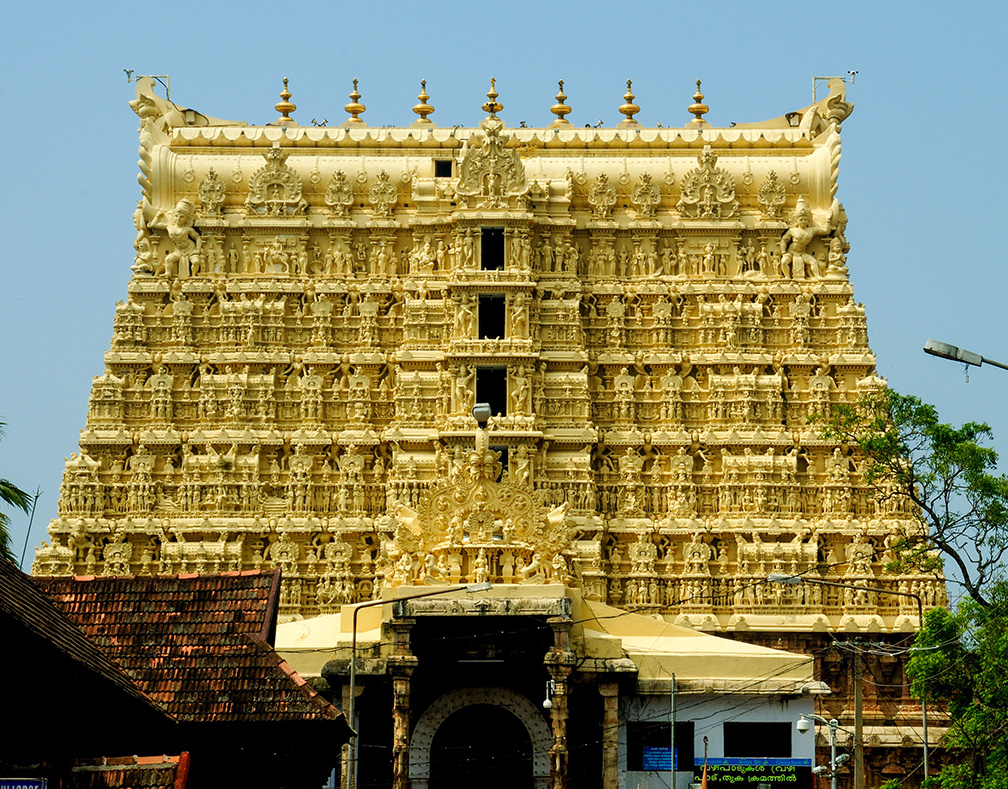 Cities
Kochi (Cochin), the "Gateway to Kerala", or "the Queen of the Arabian Sea", formerly an important spice trade center, today the financial, commercial and industrial capital of Kerala.
Kannur (Cannanore), once an ancient trading port with a significant role in the spice trade, within the city St. Angelo Fort, built in 1505 by the first Portuguese Viceroy of India.
Thiruvananthapuram, Kerala's capital and a major tourist hub in South India. The city offers Kerala Architecture with British and Dravidian influences.