Panoramic view of several Himalayan peaks, seen from Dzongri/Goecha La, a mountain pass in Sikkim. Mt. Kanchenjunga is on the extreme right with snow blowing off of its summit. Kangchenjunga is the third highest peak on earth at 8,586 m.
Image: Atulbhats 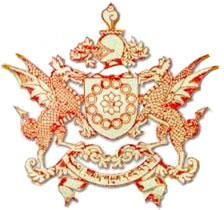 The satellite view and the map shows Sikkim, a landlocked state of India, located in the northeast of the country on the southern slopes of the eastern Himalaya mountain range.

Sikkim borders Nepal in the west, Tibet (China) to the north and east, Bhutan in the southeast and the Indian state of West Bengal to the south. 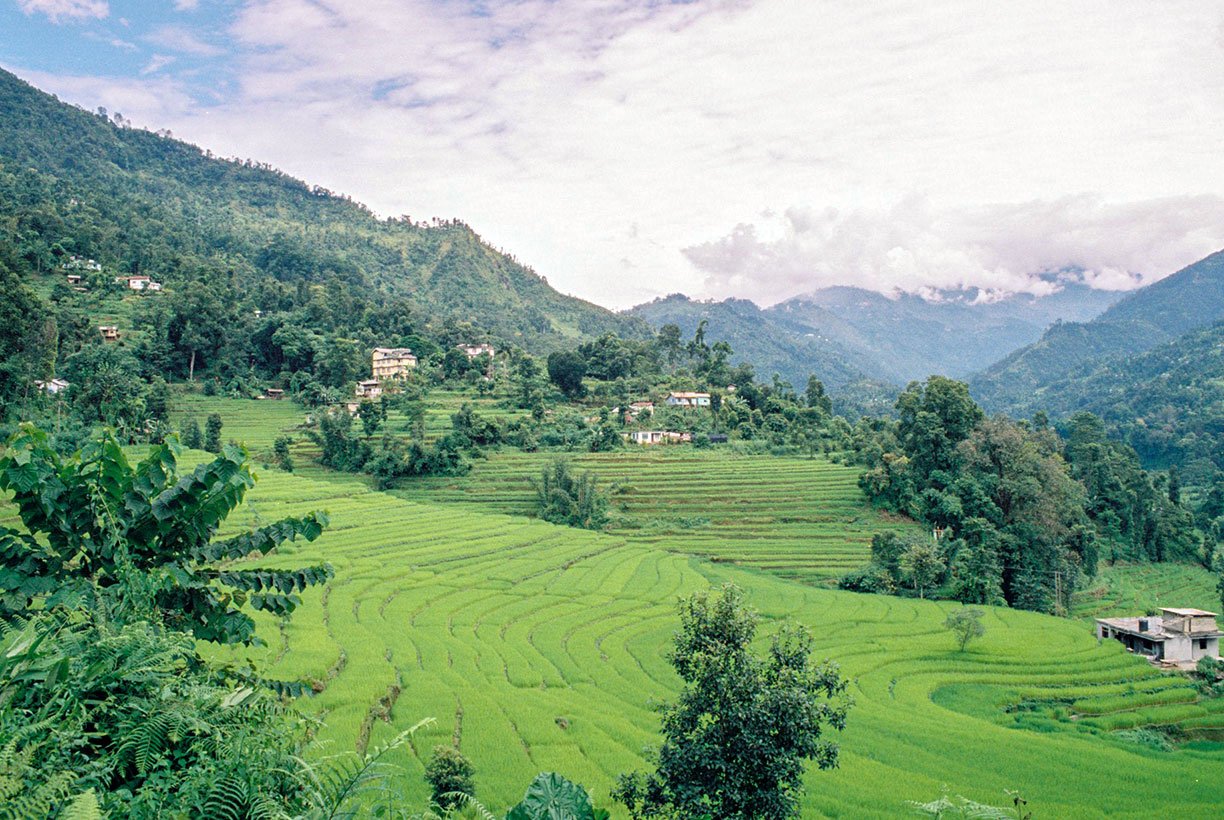 Terraced rice paddy fields of Sikkim.
Image: Anja Disseldorp
The former Buddhist kingdom became a princely state of British India in 1890. After British rule in 1975, the Indian military deposed the Sikkimese monarchy and annexed the territory. A referendum on abolishing the monarchy was delivered some days later. Sikkim was made a state of India on 26 April 1975.

India's second-smallest state, after Goa, covers an area of 7,096 km² (2,740 sq mi), compared it is about half the size of Montenegro or slightly larger than the US state of Delaware.

Sikkim has a population of 650,000 people (2018 est.). It is the least populous state in the country. The largest city and capital is Gangtok.
Spoken languages are Lepcha, Bhutia, Limbu and Nepali.

The economy of Sikkim is primarily dependent on agriculture and tourism, and it is the first state in India to transform its farming to entirely organic.

The map shows Sikkim state with borders, cities and towns, expressways, main roads and streets, there is no airport in Sikkim, although there is a helicopter service between Gangtok and Bagdogra in Darjeeling district in the Indian state of West Bengal.