___ Satellite View and Map of the City of Chandigarh (चण्डीगढ़), India

Rock Garden, Chandigarh, a forty-acre sculpture garden with a plethora of statues made of industrial and home waste by Nek Chand Saini, a self-taught Indian artist.
Image: Rod Waddington 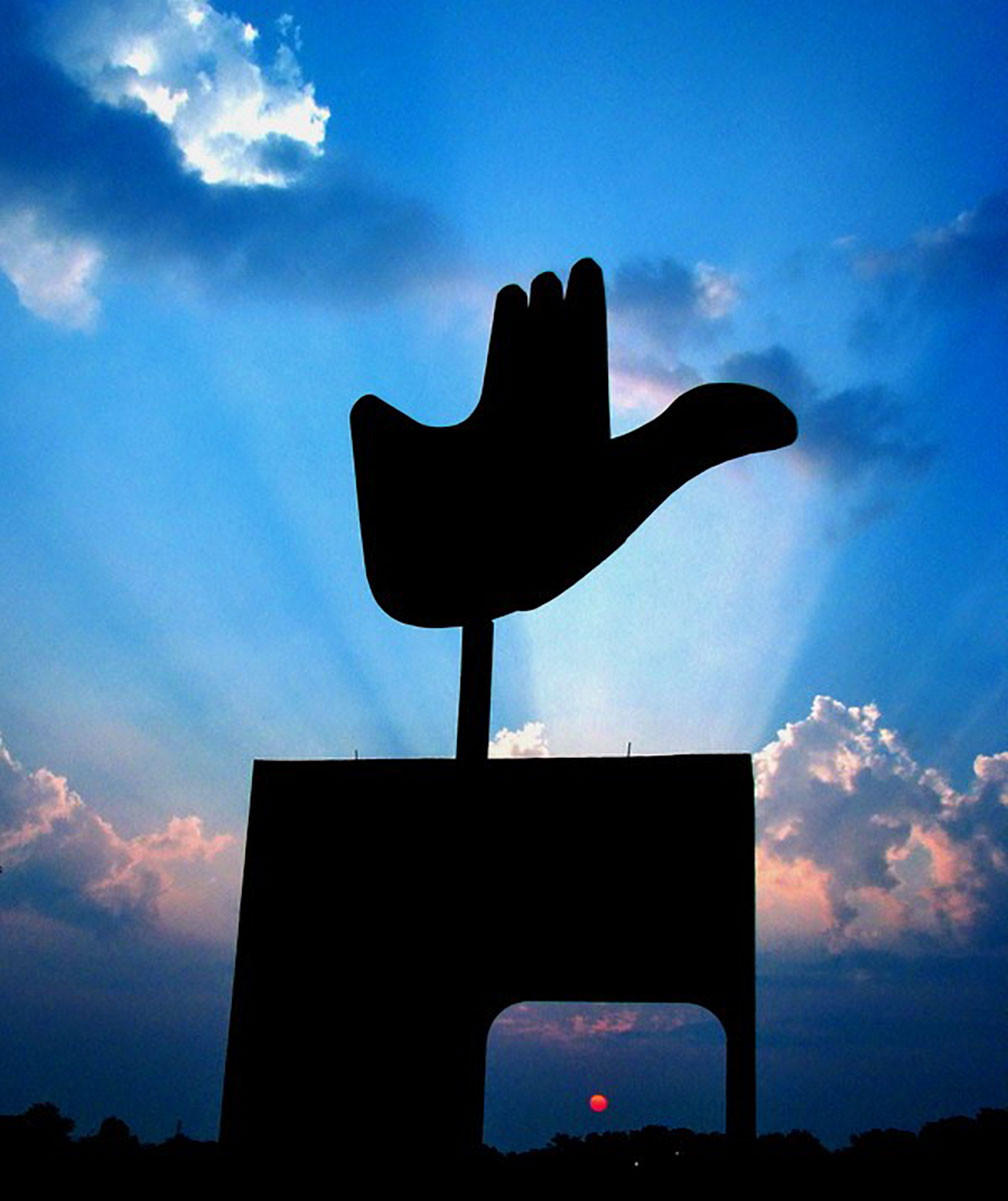 The famous open hand monument of Chandigarh. The symbolic structure was designed by Le Corbusier and is located in the Capitol Complex of the city.
Image: Ravjot Singh

The satellite view and the map show Chandigarh. The city is located in northern India at the foothills of the Himalayas, in the Shivalik hills (Morni Hills).


The Hindi word Chandigarh means "the fort of Chandi," Chandi (aka or Chandika) is the combined form of Kali, Lakshmi, and Saraswati, a fearless and ferocious goddess, the Bengal Goddess of power.


Chandigarh is a planned city, built to replace Lahore (now Pakistan) as the capital of the Indian state of Punjab. The site was designed in 1950 by Le Corbusier, the famous French architect and city planner.


The city is not only the capital of two Indian states, Punjab and Haryana; it is also one of the seven Union Territories of India under the direct administration of the Indian Government.


Chandigarh has a population of about 1 million people. Spoken languages are Hindi, Punjabi, and English.

The map shows a city map of Chandigarh with main roads and streets, and the location of Chandigarh International Airport (IATA code: IXC).

Cities, searchable map/satellite view and of and information about: