___ Satellite View and Map of the City of Kolkata (कोलकाता), India

Somewhere on the fringes of Kolkata, view from the banks of the River Ganga (Hooghly River) in West Bengal.
Image: Bibek Raj Pandeya

About the City of Kolkata

Satellite view is showing Kolkata (formerly known as Calcutta), capital of India's West Bengal state, a major river port and the third most populous city in

India (after Delhi and Mumbai).

The city is located near the Bay of Bengal in the north east of the country on the left banks of the Hooghly River, a major distributary of the Ganges. The megacity of Greater Kolkata covers now an area of 1,886 km². 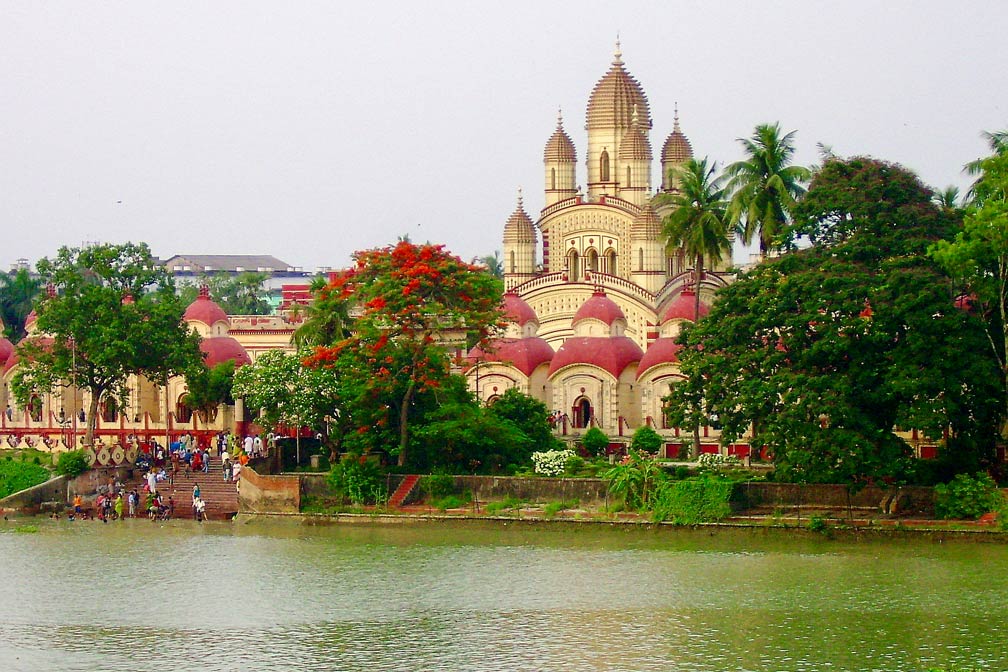 Dakshineswar Kali Temple a Hindu temple with shrines to Krishna and Vishnu is located at the Hooghly River (Ganga) in Dakshineswar north of Kolkata.
Image: Asis K. Chatterjee
The region of where the city stands now, has been inhabited for over two millennia. The area comprised of three villages, Kalikata, Gobindapur, and Sutanuti.

In the late 17th century the British East India Company established a trading post there, in the early 18th century they completed the construction of Fort William on the east bank of the Hooghly River, to protect their trading facilities.
The city was India's capital under the British Raj from 1773 until 1911, when the capital was moved to New Delhi.

Today Kolkata is one of the most densely populated cities in the world with a population of 5.2 million people, more than 14.7 million people live in its metropolitan area (est. 2017). Spoken languages are Bengali, English, and Hindi.

Kolkata is considered to be the nation's cultural capital and the commercial hub of Eastern India. The Port of Kolkata (The Bob) is India's oldest operating port. The river port is located around 140 km (86 mi) from the sea (Bay of Bengal). 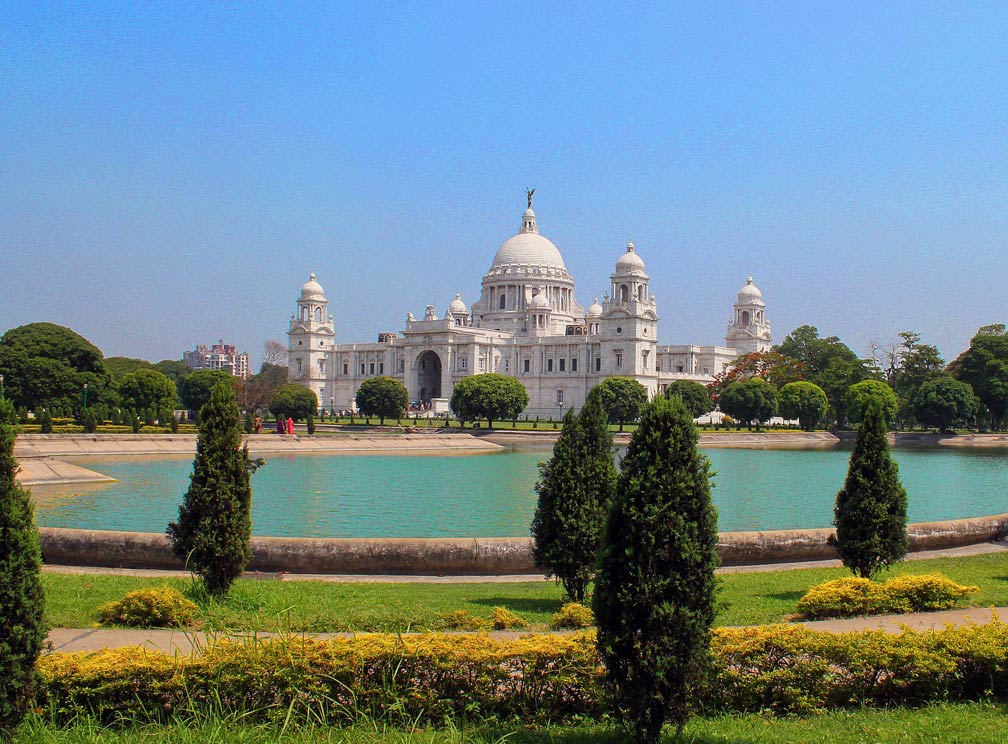 Victoria Memorial located in the south eastern corner of the Maidan, Kolkata's urban park. The white marble memorial is a landmark in Kolkata, it is now a museum of the history of Kolkata and a major tourist attraction.
Image: Asis K. Chatterjee


Indian Museum, founded in 1814, it is India's largest and oldest museum, six sections show rare collections of antiques, a Pre and Proto Historic Gallery, a Bronze Gallery, a Gem section, amphibians and reptiles, armor and ornaments, fossils, skeletons, mummies, and Mughal and Bengal paintings.
Science City Kolkata, the largest science center in the Indian subcontinent is a major attraction in Kolkata featuring Science on a Sphere, Mirror Magic (reflection of light), a Time Machine, a Space Theater, and a butterfly garden.


Kolkata is also known as the "City of Palaces", there is the privately owned Marble Palace, a nineteenth-century Neoclassical mansion housing artwork, the Victoria Memorial, the British built memorial to Queen Victoria is made of white Makrana marble from Rajasthan. The building with surrounding gardens is on the ground of the Maidan by the bank of the Hooghly River, it is a museum with a Royal Gallery and the new Calcutta gallery.
Maidan, the wide open space in the center of the city, the largest urban park in West Bengal is interspersed with statues and pieces of architecture. 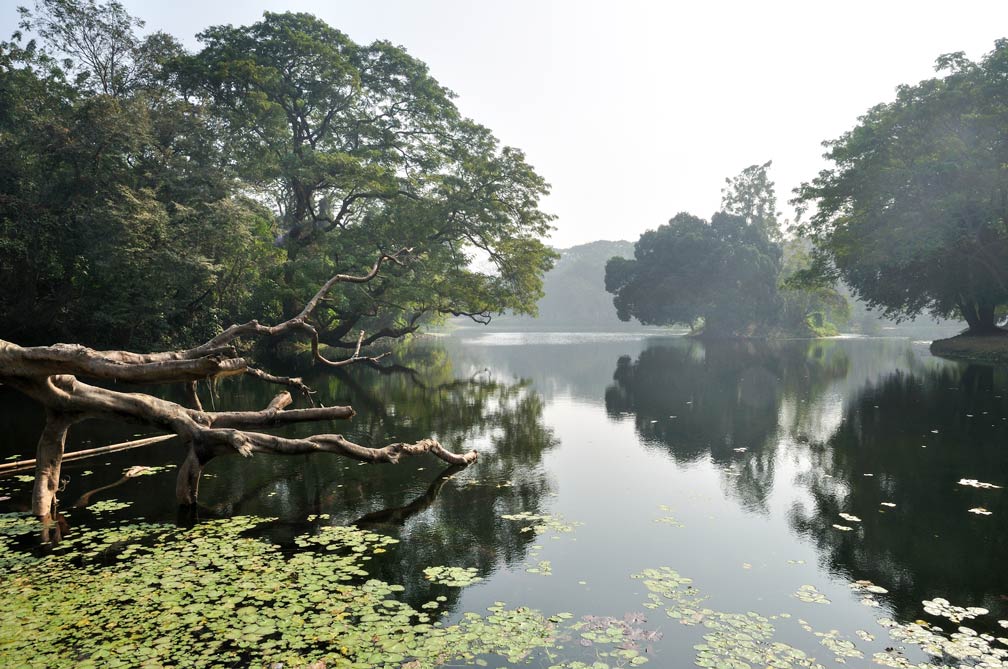 
The Birla Planetarium is at the fringes of the Maidan is the largest planetarium in Asia. The ZEISS 'Starball' projector in the planetarium creates the most realistic starfield with superimposed images of constellation outlines, space objects like nebula and galaxies, planets and moons.

Birla Industrial & Technological Museum, India's first science museum opened in 1956. The museum has several galleries, one for Biotechnology, for Electricity, for Fascinating Physics, and for Life Science and Mathematics.
Gurusaday, museum for artifacts of folk arts, paintings, and crafts.
Nehru Children Museum, museum with a collection of dolls and toys from across the globe.


Prinsep Ghats, is a pavilion and a ghat (steps leading down to the river) built at the bank of the Hooghly River. The Prinsep Ghats is one of the oldest recreational spots of Kolkata, a 2 km stretch of beautified riverfront (Kolkata Riverfront) from Princep Ghat to Babughat was added in 2012. 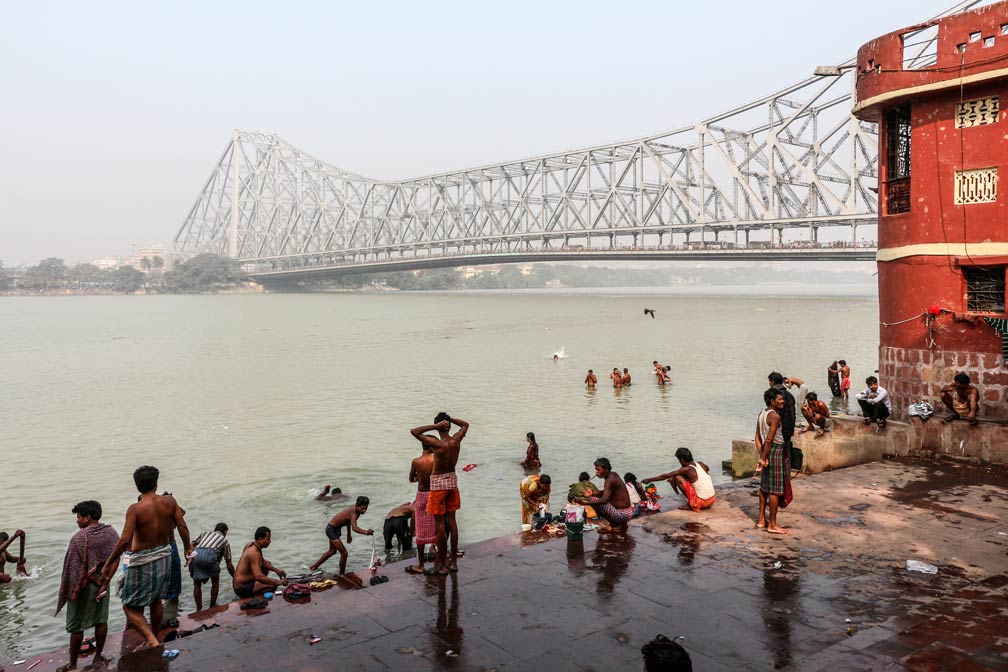 
Acharya Jagadish Chandra Bose Indian Botanic Garden, or Indian Botanical Garden, located in Howrah and famous for its exotic plants from five continents and their collections of orchids, bamboos, and palms. The best-known attraction of the garden is the clonal colony of The Great Banyan Tree.


Jorasanko Thakur Bari, mansion of the Tagore family, Rabindranath Tagore (1861-1941) was an Bengali polymath and social thinker and the first non-European to win the Nobel Prize in Literature in 1913. The author reshaped Bengali literature and music and influenced Indian art and politics.

The Map shows a city map of Kolkata with expressways, main roads and streets, and the location of Netaji Subhash Chandra Bose International Airport

Kolkata is one of the most populated cities in the world