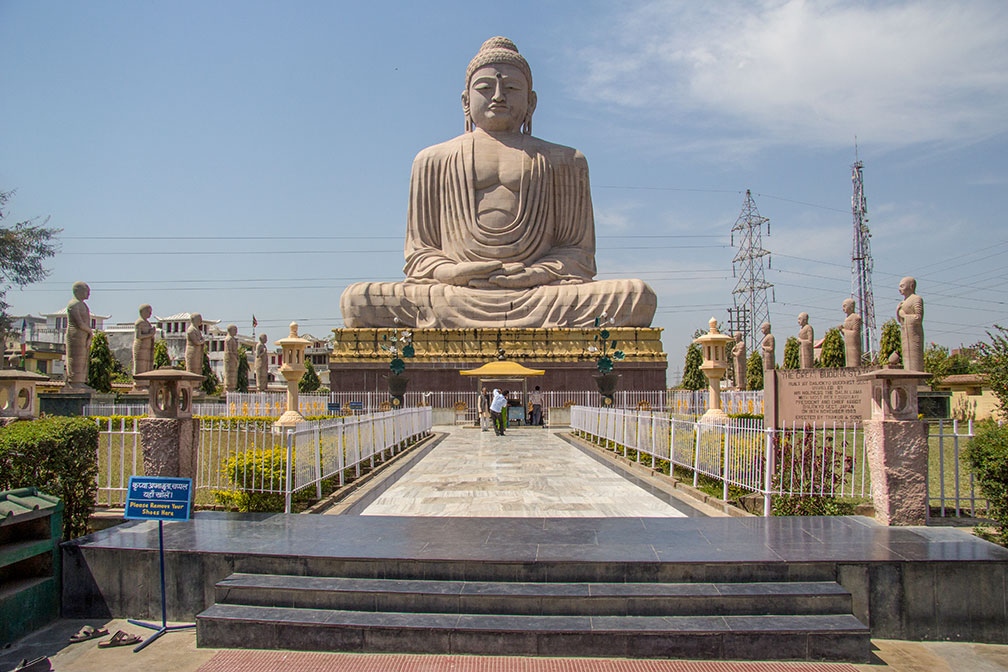 The Giant Buddha in Bodh Gaya. In Buddhist beliefs the Mahabodhi Temple Complex at Bodh Gaya is related to Gautama Buddha's attainment of Enlightenment. The complex is a UNESCO World Heritage Site.
Image: Andrew Moore

Satellite view and map of Bihar, one of India's 29 states.

Bihar is bordered by Nepal in north, and the Indian states of Uttar Pradesh in west, Jharkhand in south, and West Bengal in east.

Largest city and capital is Patna. India's third most populous state has a population of more than 103 million people. Principal language is Hindi.

Gaya, Bihar's second largest city on the Falgu River is of historical and mythological significance. It is known for its 18th-century Vishnupad Mandir, a riverside temple with an octagonal shrine.
Located nearby is Bodh Gaya, a Hindu pilgrimage center. It is the place where Gautama Buddha achieved enlightenment. Today it is an important center for religious tourism. The Mahabodhi Temple Complex at Bodh Gaya is a UNESCO World Heritage Site since 2002.