Beach near Auroville, Puducherry. Auroville (the City of Dawn) is an experimental community, a town where people from all over the world could live in harmony.
Image: atish meshram 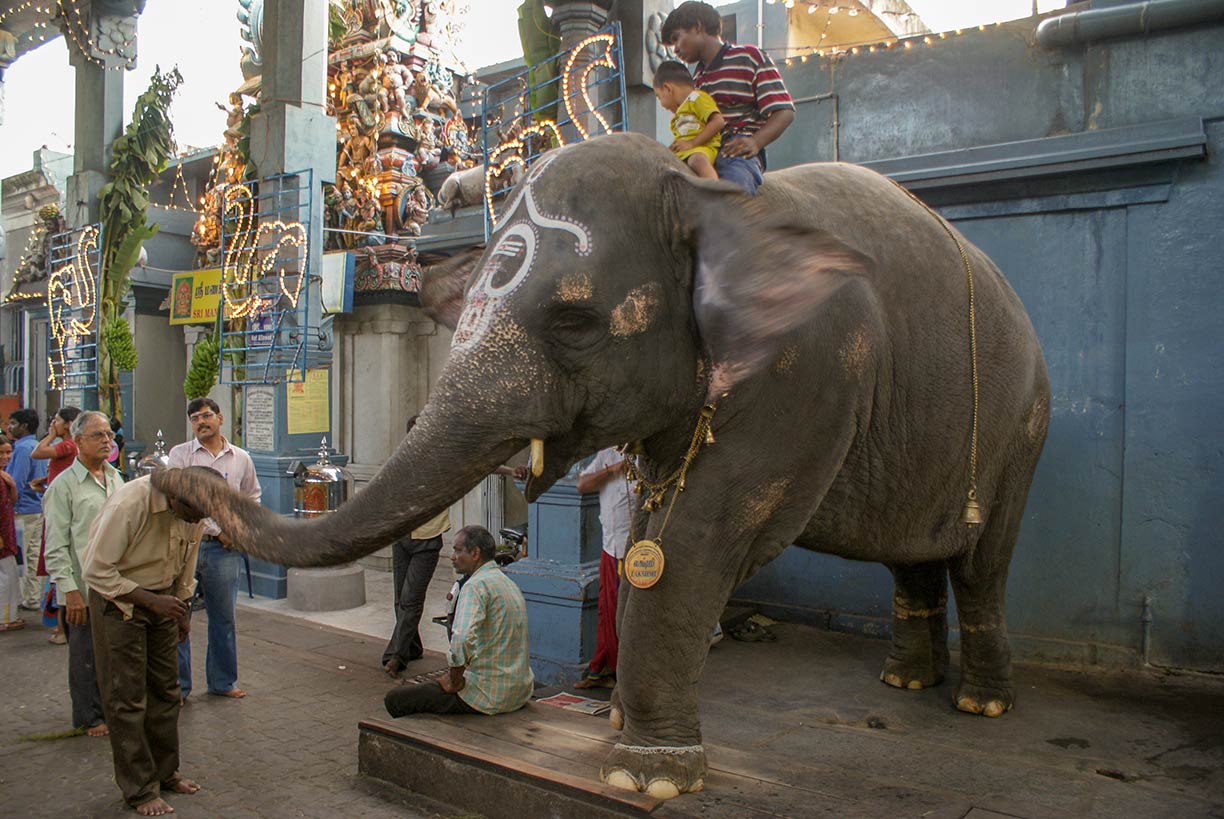 Blessing by the temple elephant Lakshmi in front of the Manakula Vinayagar Temple in Puducherry (Pondicherry). The age old practice of elephants 'blessing' pilgrims in temples is controversial and there are attempts by wildlife organizations to ban the practice in Tamil Nadu and elsewhere in India.
Image: Jonas Buchholz


After independence, the UT Pondicherry was formed from several former French territories and incorporated into India in 1954, it was renamed Puducherry in 2006.

The territory of Puducherry consists of four non-contiguous enclaves, located in three states of southern India. Puducherry and Karaikal are both enclaves within Tamil Nadu. Yanam, a town on the Bay of Bengal, is an enclave within Andhra Pradesh, and Mahé (Mayyazhi), a town on the Arabian Sea coast, is an enclave of Kerala state (not to be confused with Mahé, the main island of Seychelles).

Puducherry has a population of estimated 1.4 million people (in 2018). The capital, largest city and the central hub of Puducherry is Pondicherry. Pondicherry is also known as the "Côte d'Azur of the East" or "The Indian Riviera", or the other way round. The city is a popular tourist destination in South India because of its French colonial ambiance. The city has still many colonial buildings, as well as Indian temples and statues and well planned French style avenues.
Spoken languages are Tamil and French. Main religions are Hinduism (87%), Christianity (6%), and Islam (6%).

Click on the blue marker to get more info about the enclaves. The map shows the distribution of Puducherry with cities and towns, expressways, main roads, and streets.