Tawang Monastery in Arunachal Pradesh, close to the Tibet Autonomous Region border, in the valley of the Tawang-chu river. It is the largest Buddhist monastery in India.
Image: Vikramjit Kakati

Satellite view is showing Arunachal Pradesh, one of India's 29 states. It is the nation's easternmost state, stretching from the foothills of the Himalayas to the plains of Brahmaputra valley.
The "land of the rising sun" is bordered by Tibet (China) in the north, Myanmar (Burma) in north-east, Bhutan in south-west, the Indian state of Assam in south, and the Indian state of Nagaland in south-east. 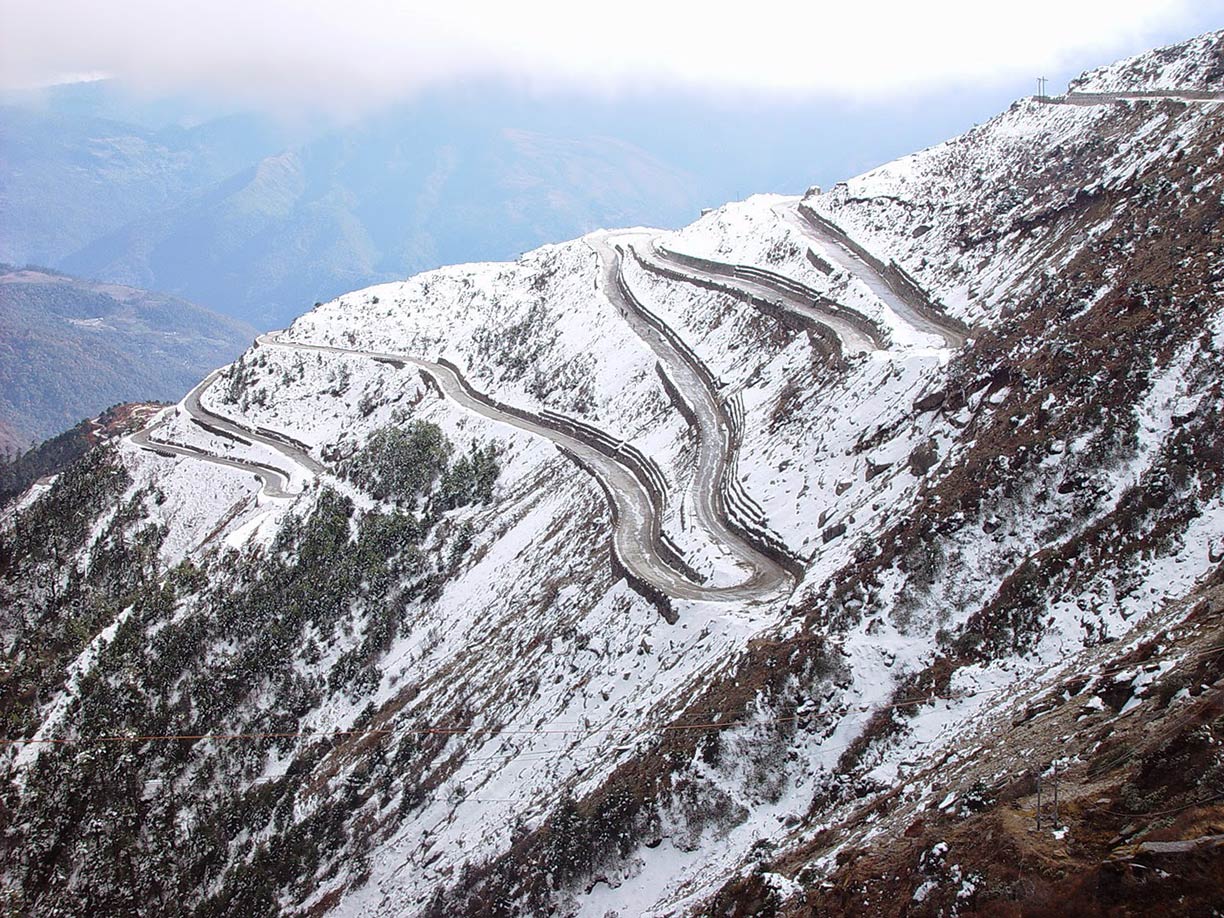 Almost 1.4 million people live in Arunachal Pradesh (2011 census), most of them are of Tibeto-Burman origin. An increasing number of migrants have reached Arunachal Pradesh over the last decades from various parts of India and other countries; the influx created a serious identity crisis among the indigenous populations. [1]


Capital city of the state is Itanagar. Spoken languages are Hindi, Deori, Assamese, English, and many local native languages.

The existing state owned airports in Arunachal Pradesh are small and not in operation. The state is connected to India by two highways. It got its first railway line in late 2013 and is now connected to the rest of the world via Dekargaon railway station in Assam.