Lucknow Charbagh railway station is one of the two main railway stations of Lucknow, capital and largest city of the Indian state of Uttar Pradesh. India runs more than 12,000 trains every day, of which 7,000 are freight trains. 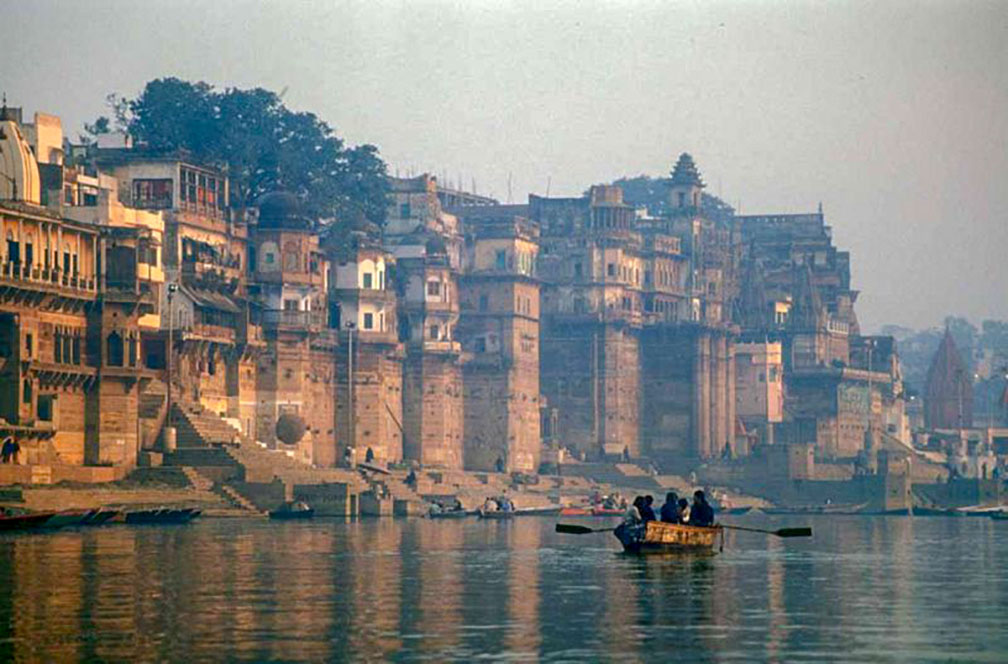 The sacred waters of the Ganges River in Varanasi, Uttar Pradesh. The city is regarded as the spiritual capital of India. Sarnath, a place located 10 km north-east of Varanasi near the confluence of the Ganges and the Varuna rivers, is the site where Gautama Buddha first taught the Dhamma.
Image: babasteve

Satellite view and a map of the Indian state of Uttar Pradesh (abbreviated as UP).
The state is located in the north of the Indian subcontinent, south of Nepal and north of Madhya Pradesh. It borders India’s capital territory Delhi and eight Indian states, Uttarakhand, Himachal Pradesh, and Haryana to the northwest, Rajasthan to the west, Madhya Pradesh and Chhattisgarh in the south, Jharkhand in the southwest, and Bihar to the east.


UP was formed in 1950 from the United Provinces of Agra and Oudh, a province of India under the British Raj.

Uttar Pradesh covers an area of 243,286km², it is about the size of the UK, or slightly smaller than the US state of Wyoming.

Capital city is Lucknow, the largest city is Kanpur. Official languages are Hindi, and Urdu.
Main religions in Uttar Pradesh are Hinduism (80%) and Islam (19%).

UP points of interest 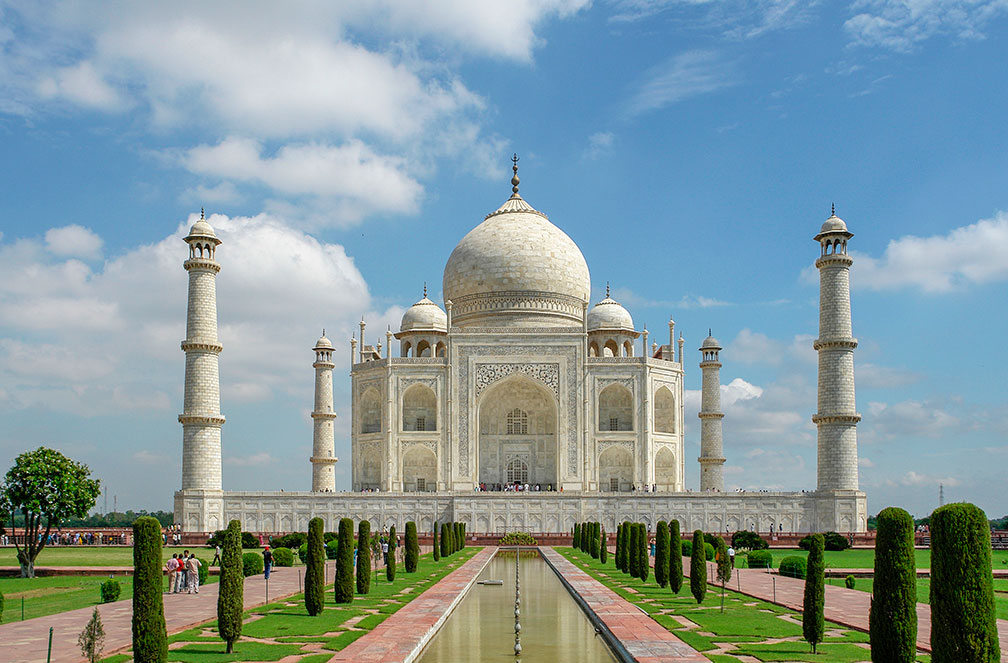 The Taj Mahal in Agra in Uttar Pradesh is a mausoleum, built by the Mogul emperor Shah Jahan (1592–1666) in memory of his favourite wife. The monument was completed c.1649.
Image: © Yann Forget
Uttar Pradesh is one of the top tourist destinations in India because of its many important buildings and cities like Agra, with the World Heritage Sites of the Taj Mahal, the famous walled city of the Agra Fort; and Fatehpur Sikri, capital of the Mughal Empire in the mid 16th century.

Also situated in the state are the holiest of the Hindu holy cities. On the banks of the sacred rivers Ganges and Yamuna lies Varanasi (also considered world's oldest city), Ayodhya (birth place of Lord Rama), Mathura (birth place of Lord Krishna), Vrindavan (the village where Lord Krishna spent his childhood), and Allahabad (Prayag) with the Triveni Sangam, the site of the union of the Ganges river, the Yamuna river and the mythical Sarasvati river.


The map shows a map of Uttar Pradesh with borders, cities and towns, expressways, main roads and streets, and the location of Chaudhary Charan Singh International Airport (IATA code: LKO).