Panoramic view of the Himalayas mountain range with Mount Everest (Chomolungma) as seen from the north, inside Tibet.
Image: W. Mason Fuller 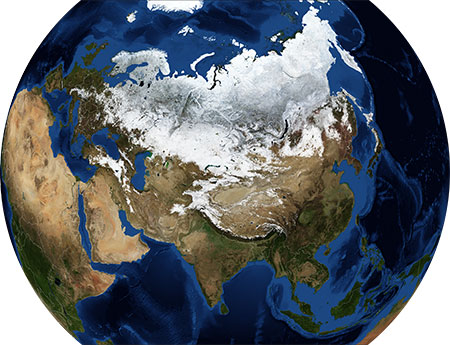 The map shows the bulk of Asia without the Middle East. Asia is the largest of the world's continents, it constitutes nearly one-third of Earth's landmass and is lying entirely north of the equator, except for some Southeast Asian islands. Asia occupies the better part of Eurasia, the largest single landmass on the planet. For good measure, the Malay Archipelago was added to Asia, because it happens to be in the region. Asia borders Europe (which is part of the same landmass) in the west, along the Ural Mountains, and across the Caspian Sea. The continent is bounded by the Arctic Ocean in the north, the Pacific Ocean in the east, and the Indian Ocean in the south.

For the average Westerner point of view, Asia represents foremost the spices of India, Sushi and Kobe beef from Japan, silk and fine china from China. Zen, Buddhism, Hinduism, and Taoism are the major religions and philosophies associated with Asia, even though Indonesia is currently the most populous country with a Muslim majority population.

Political Map of Asia (without the Middle East)

The following Asian subregions are depicted on the map:

North Asia, also Northern Asia, consists of the Russian Federation east of the Ural Mountains: the Ural region, Siberia, and the Russian Far East. North Asia covers an area of 13.1 million km², about 77% of Russia's territory. In the sparsely populated region, four times the size of India, live about 34 million people.

In the modern standard definition, the region is home to the 'stan-countries,' all former Soviet republics, Kazakhstan, Kyrgyzstan, Tajikistan, Turkmenistan, and Uzbekistan, some definitions also include Afghanistan. Central Asia has an area of 4 million km² and a population of 73 million. By far the largest country is Kazakhstan (2,724,900 km²). The most populous of all the nations in Central Asia is Uzbekistan (34.2 million inhabitants). 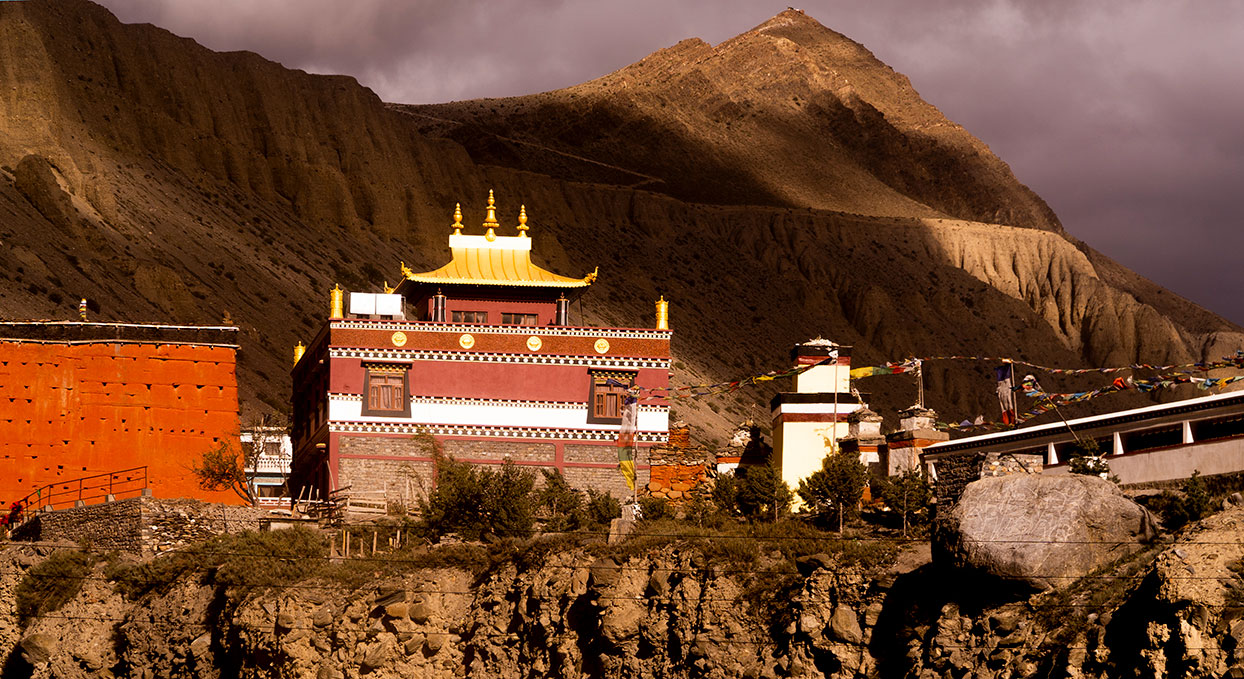 Kag chode, a Buddhist temple in the village of Kagbeni in Mustang, the former Kingdom of Lo, in Nepal.
Image: Nyoupaneroshan

The region of South Asia, or Southern Asia, includes Afghanistan, Bangladesh, Bhutan, India, Maldives, Nepal, Pakistan, and Sri Lanka. South Asia is among the world's most populated regions; 1.8 billion people live in an area of more than 5 million km². The country with the largest population is India, with nearly 1.4 billion people. 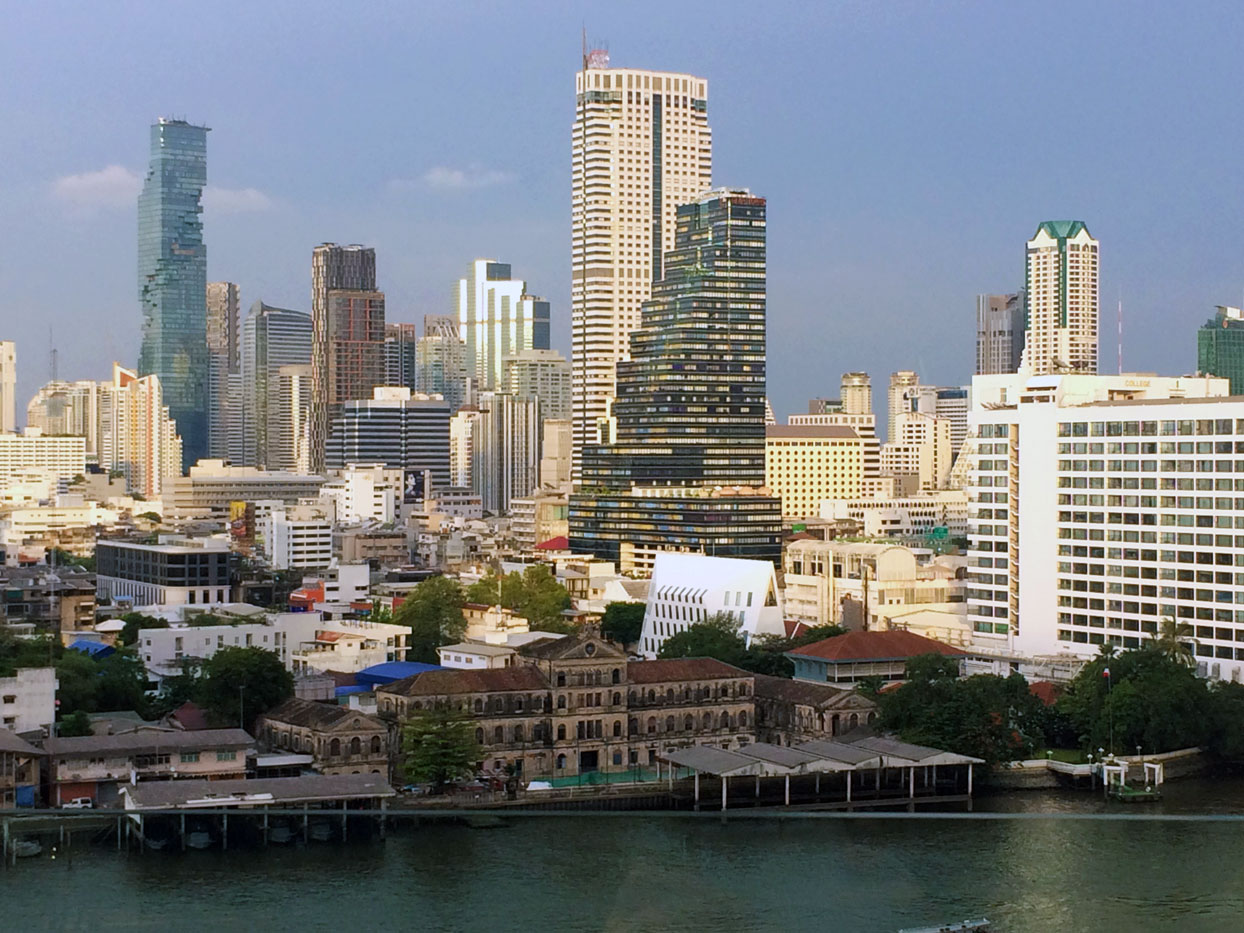 The Central Business District of Bangkok at Chao Phraya River. The capital city of Thailand is the nation's cultural and commercial center and a major transportation hub in Southeast Asia. Bang Sue Central Station will be, after completion in June 2021, the largest railway station in Southeast Asia.
Image: kk nationsonline.org


The largest islands in the Malay Archipelago by area are New Guinea, Borneo, Sumatra, Sulawesi (Celebes), Java, Luzon, and Mindanao. 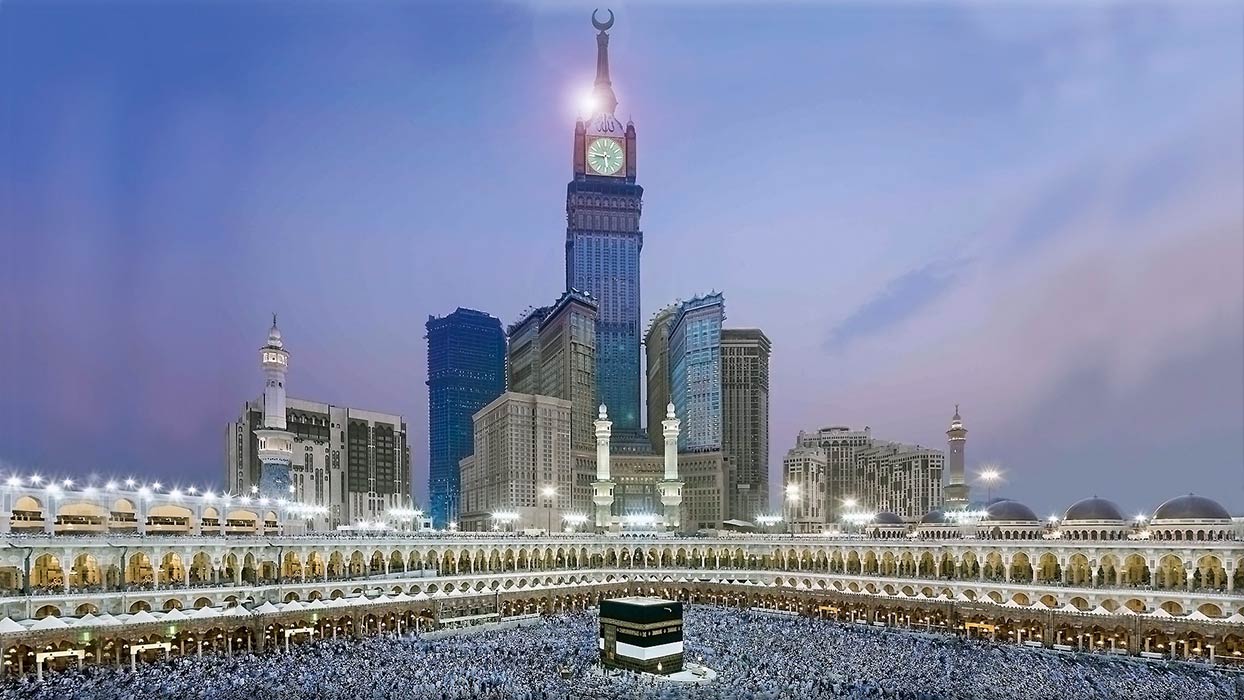 The government-owned Abraj Al-Bait Tower overlooking the Great Mosque of Mecca in Saudi Arabia, with the Kaaba, the holiest site for Muslims, at the center.
Image: khadim-un-nabi Rao

(see the map of Western Asia and the Middle East)

West Asia, Western Asia, Southwest Asia, Middle East or Near East are all designations for Asia's southwestern territory. West Asia is home to several geographical and historical regions, including Asia Minor or Anatolia (peninsula), the Caucasus region, the Eastern Mediterranean or the Levant, the historical region of Mesopotamia, the Armenian Highlands, the historical region of Syria, the geographical and historical region of Palestine, the Sinai Peninsula, the Arabian Peninsula with the Arabian desert ecoregion, and the Iranian Highlands.
There are 20 independent countries in Western Asia, Armenia, Azerbaijan, Bahrain, Cyprus, the northeastern part of Egypt (Sinai), Georgia, Iran, Iraq, Israel, Jordan, Kuwait, Lebanon, Oman, the State of Palestine (Gaza Strip and West Bank), Qatar, Saudi Arabia, Syria, Turkey, the United Arab Emirates, and Yemen.

Capitals of Asia
Information and maps for all capital cities in Asia.

Flags of Asia
Flags of the Asian States.

Political Map of Western Asia and the Middle East

Population by Country
From the most populated countries to the least populous nations in the world.