Chilika Lake is a large shallow brackish lagoon or estuary on the east coast of India in Odisha state.
Image: Pratyush Jena

Satellite view is showing Odisha, a state in India formerly known as Orissa. Odisha is located in the eastern part of India with a coastline at the Bay of Bengal. Odisha borders West Bengal in north-east, Jharkhand in the north, Chhattisgarh in the west and north-west, and Andhra Pradesh in south and south-east. 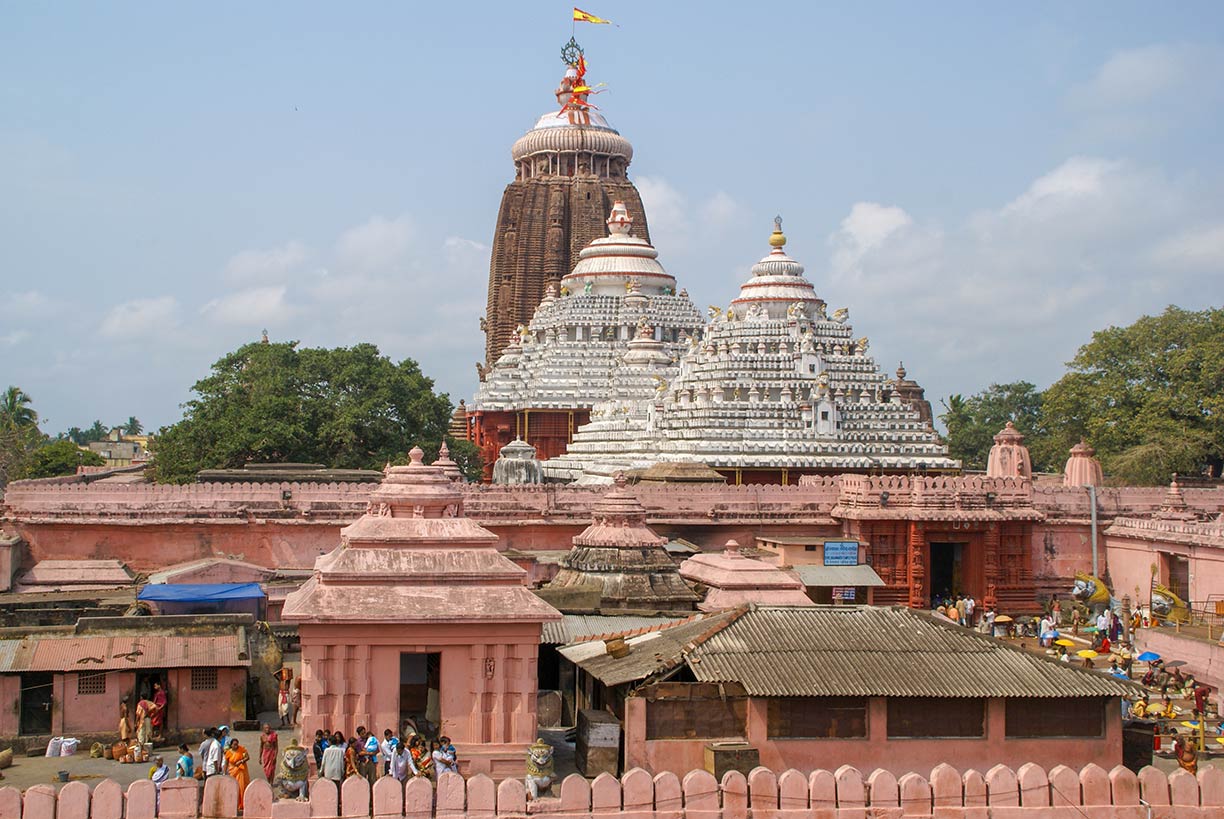 The Shree Jagannath Temple in Puri is dedicated to Lord Jagannath (Vishnu). The temple compound is an important pilgrimage destination for many Hindu devotees. Jagannath is one of the four great 'Char Dham' (four abodes) pilgrimage sites.
Image: Patrik M. Loeff


Odisha has a population of 45 million people (2018 est.). The state has a rich cultural heritage, it is a mix of the Aryan, Dravidian and Adivasi culture. Odisha is known for its tribal cultures and its many festivals and ancient Hindu temples.

The largest city and state capital is Bhubaneswar. Other major cities are Cuttack (the former capital), Rourkela (a planned steel city located in the northern part of the state), Brahmapur (the economic capital of South Odisha), Sambalpur (a transportation and education hub in Western Odisha), and Puri (a coastal city famous for its Jagannatha Temple).
The official language in the state is Oriya (Odia) and English. The main religion is Hinduism (over 94%).


The map shows a map of Odisha with state border, cities and towns, expressways, main roads and streets, and the location of Bhubaneswar Airport (IATA code: BBI).