View of Kuwait City skyline at waterfront, the telecommunications tower on the right is the 372 m tall Liberation Tower.
Image: Côte d’Azur


The satellite view shows Kuwait (City), a major port, by far the largest city in the state and the national capital of

Kuwait. The city is located on the southern shore of Kuwait Bay on the northern end of the Persian Gulf. 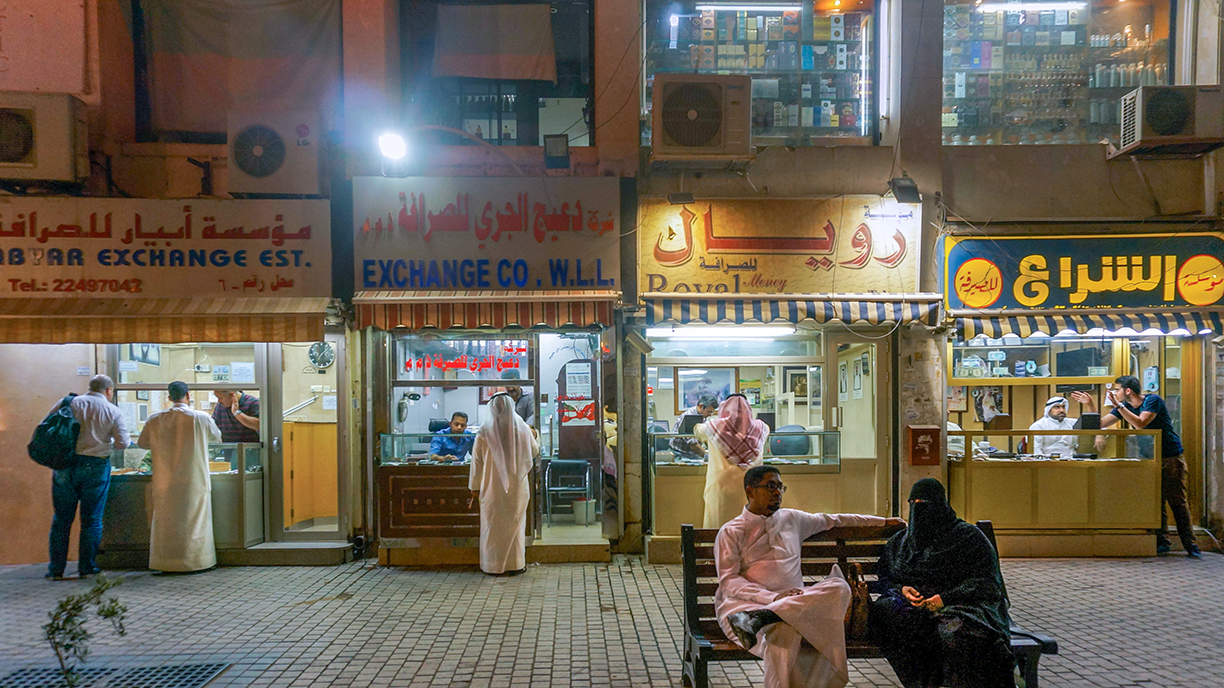 
Kuwait city is the country's primate city and the core of the emirate. It is the political, cultural and commercial center of Kuwait.

The country has two ports: Shuwaik Port a cargo port in the west of the capital, and Ahmadi Port, the principal oil port in Ahmadi, 40 km south of Kuwait city.

Kuwait-City has a population of about 71,500, half a million people live in the Capital Region, and just over 4.6 million live in the country, less than one-third of its populace are Kuwaiti nationals. The official language is Arabic.

The city is home to the Kuwait University (ku.edu.kw). The state’s first public institution of higher education was established in 1966. The university includes the College of Science, the College of Arts, a College of Education and a College for Women. 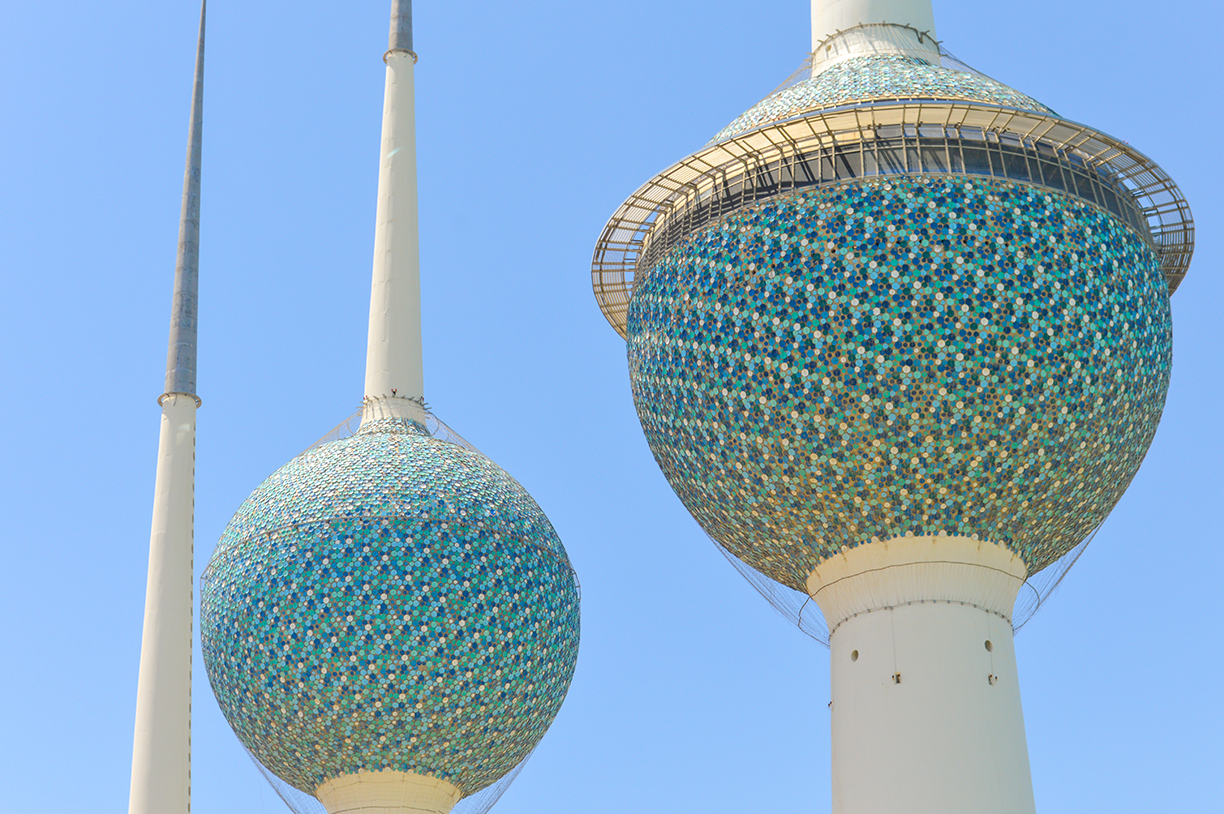 The iconic Kuwait Towers in Kuwait City are the most famous of Kuwait City's 34 water towers.
Photo: Francisco Anzola

Kuwait Towers (www.kuwaittowers.com), possibly the best known buildings in the city and the unofficial symbol of the state. The armored concrete towers on the coast of the Persian (Arabian) Gulf are part of Kuwait City's water towers system of 34 towers. The main tower with its two spheres is 187 m (614 ft) tall. Half of the lower sphere is filled with 4,500 m³ of freshwater, in the upper half is a restaurant, a café, a lounge, and a reception hall. In the upper sphere is a 360-degrees rotating observation deck with a cafe.

The Liberation Tower, the 372 m tall (including the spire) telecommunication tower was opened in 1996 and dedicated to the liberation of Kuwait from the Iraqi invasion. There is one disservice, the observation deck is not open to the public.

The Kuwait National Museum (website), the museum displays the art collection of the Al-Sabah family, archeological findings from Failaka Island, and a collection of dhows, Arabian sailing boats, among them Al Muhallab, a historic dhow.

At the Dhow Harbour of Kuwait, you can see some of the traditional sailing ships (dhows) from the pre-oil era which were used for coastal trading, fishing, and pearl diving in the past.

The Fish Market, close to the Sharq Mall (Souq Sharq), is a huge bustling fish market, if you like the smell of fresh seafood, it's a must.


The map shows a city map of Kuwait City with main roads and streets and the location of Kuwait International Airport (IATA code: KWI). The only international airport in the state is located 20 km (12.5 mi) by road (via Route 50), south of the city. Express buses connect the airport with the city center.