Mount Aragats in Aragatsotn province of Armenia is the highest mountain in the country.
Image: Alexander Mkhitaryan B

The map shows Armenia, a landlocked, mountainous country situated in the Caucasus at the crossroads of Eastern Europe and Western Asia, east of Turkey and north of Iran. Other border countries are Georgia to the north and Azerbaijan to the east.

With an area of 29,743 km², Armenia is just slightly smaller than Belgium, or somewhat smaller than the U.S. state of Maryland.

The highest peak in Armenia is Mount Aragats with a height of 4,090 m (13,419 ft); the stratovolcano is located in the Aragatsotn province, northwest from Yerevan.
Armenia's largest body of water is Lake Sevan (Sevana lich), one of the largest high-altitude fresh-water lakes in the world. Along with Lake Urmia (Iran) and Lake Van (Turkey), Lake Sevan was considered one of the three great lakes of the historical Armenian Kingdom, the 'Seas of Armenia.' The dominant Armenian Highland to the east of Anatolia is a plateau with a mean altitude of 1,700 m, consisting of a complex set of mountain ranges, volcanic peaks, valleys, lakes, and rivers. The plateau is a major water reservoir of the Middle East; it is the headwaters of two significant rivers, the Euphrates and the Tigris.

Armenia has a population of just 3 million people (in 2021). Armenia's predominant religion is Christianity; it was the first country to adopt Christianity as a state religion. The capital and largest city is Yerevan. There are two other major cities, Gyumri and Vanadzor. 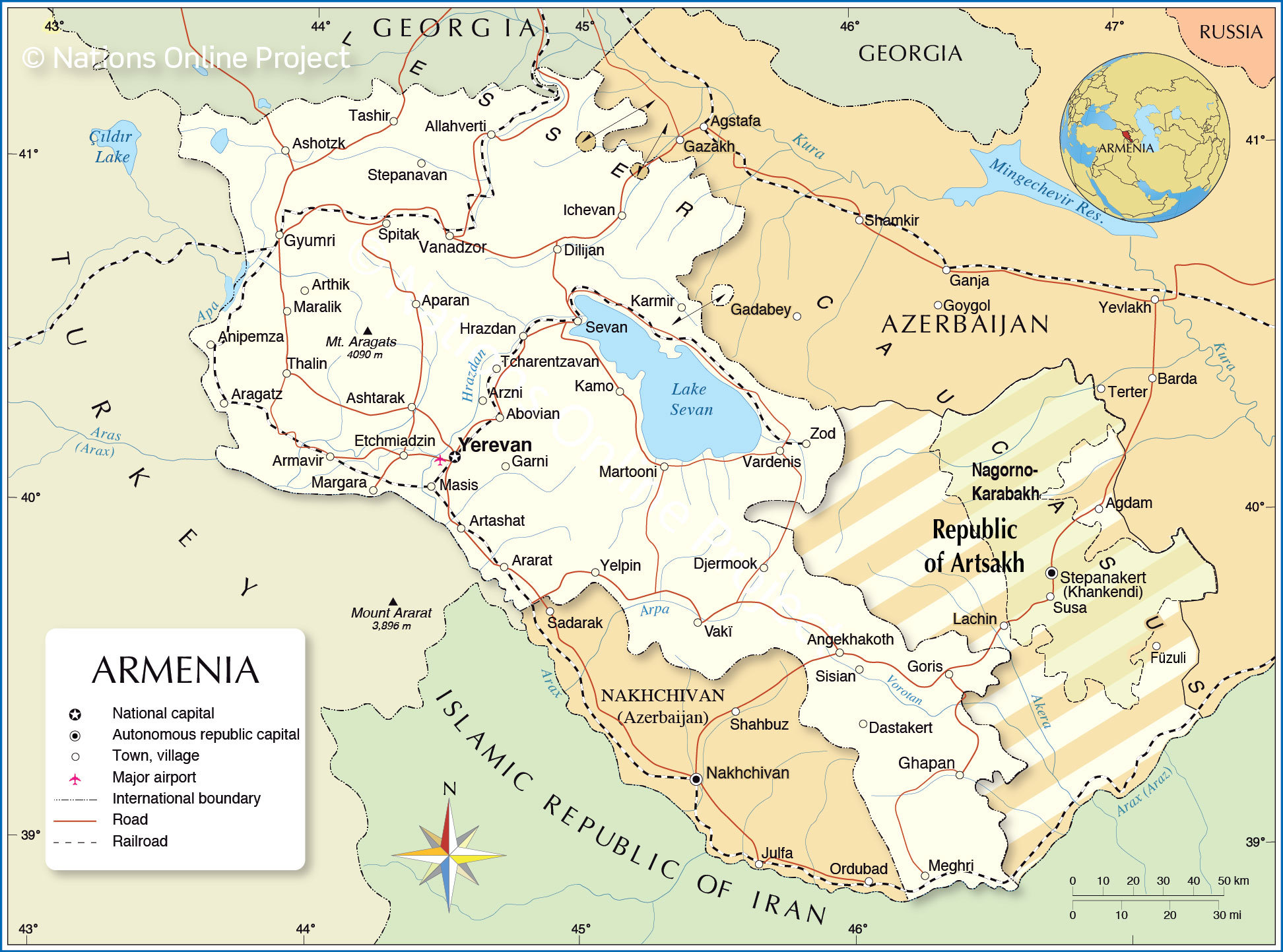 The map shows Armenia and surrounding countries with international borders, the national capital Yerevan, major cities, main roads, railroads, and major airports. The map also shows the Nakhchivan Autonomous Republic, an Azerbaijani exclave, and the location and boundary of the former Nagorno-Karabakh Autonomous Oblast, which is now part of the larger Republic of Artsakh. 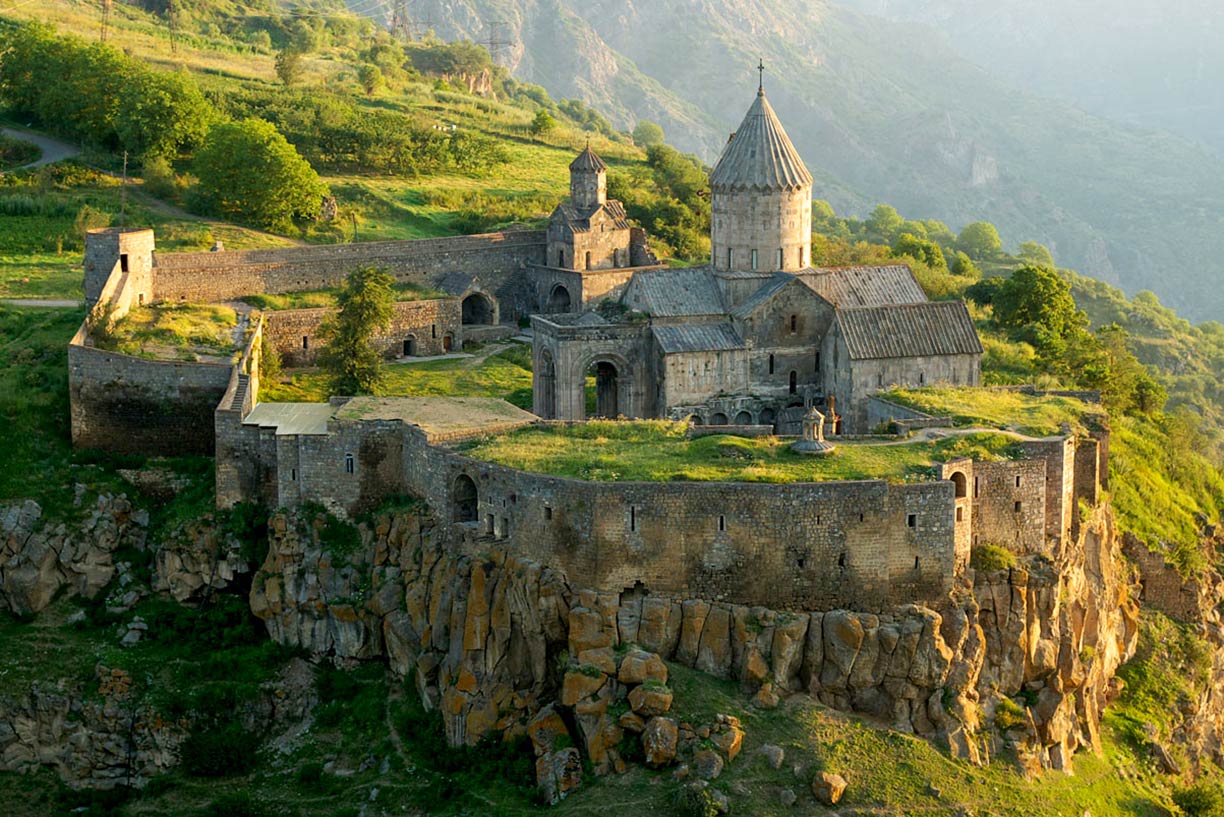 The Armenian Apostolic monastery from the 9th-century sits on a plateau near Tatev, a town in Syunik Province of southeastern Armenia.
Photo: Arsen Mirzoyan

Armenia is divided into eight regions, six constituencies, 23 counties, and 79 municipalities. The eight regions are primarily used for statistical purposes.

The map also shows the Autonomous Republic of Nakhichevan, which is part of Azerbaijan but is separated from the mainland by a 35 km wide Armenian land corridor.


Nagorno-Karabakh and the Republic of Artsakh

The former autonomous region of Nagorno-Karabakh is internationally recognized as part of Azerbaijan but is now ruled by the larger Republic of Artsakh, a self-proclaimed South Caucasian country and de facto independent state with a predominantly Armenian population.

The territory of Artsakh is disputed between Armenia and Azerbaijan, and the conflict has recently escalated, causing civilian casualties on both sides.

The map shows the location of the following cities and towns in Armenia:

Satellite View and Map of Armenia