Map of the Philippines

Mt. Mayon a sacred mountain and an active stratovolcano in the province of Albay on the island of Luzon, Philippines.
Image: Albert Lozada

The Philippines are an island group of over 7,500 islands; the main islands are Luzon, Mindanao, Mindoro, Leyte, Samar, Negros, and Panay.
Most of the Philippine islands are of volcanic origin. The archipelago is situated within the Southeast Asian part of the Pacific Ring of Fire, an area of intense volcanic and seismic activities. Along the eastern side of the islands runs the Philippine Trench, a submarine trench in the floor of the Philippine Sea. The Galathea Depth within the underwater canyon is one of the deepest depths of the ocean at 10,540 m (34,580 feet).

With an elevation of 2,954 meters (9,692 ft), the potentially-active stratovolcano Mount Apo on the island of Mindanao is the highest mountain in the country.

Area
With a total area of 300,000 km², the country is about the size of Italy or slightly larger than the US state of Arizona.

Population
A population of nearly 108 million people (in 2020) making the Philippines the world's 13th most populous country. The nation's capital is Manila, located on Luzon island within a densely populated conglomerate of several other major cities. Together they form Metro Manila, also known as the National Capital Region (NCR). 12.8 million people live in Metro Manila.
The country's spoken languages are Filipino (based on Tagalog) and English.

Philippines tropical climate has three "seasons," from March to May it is hot and dry, the rainy season is from June to October, from November to February the climate is moderate and its the best time to visit the island state. 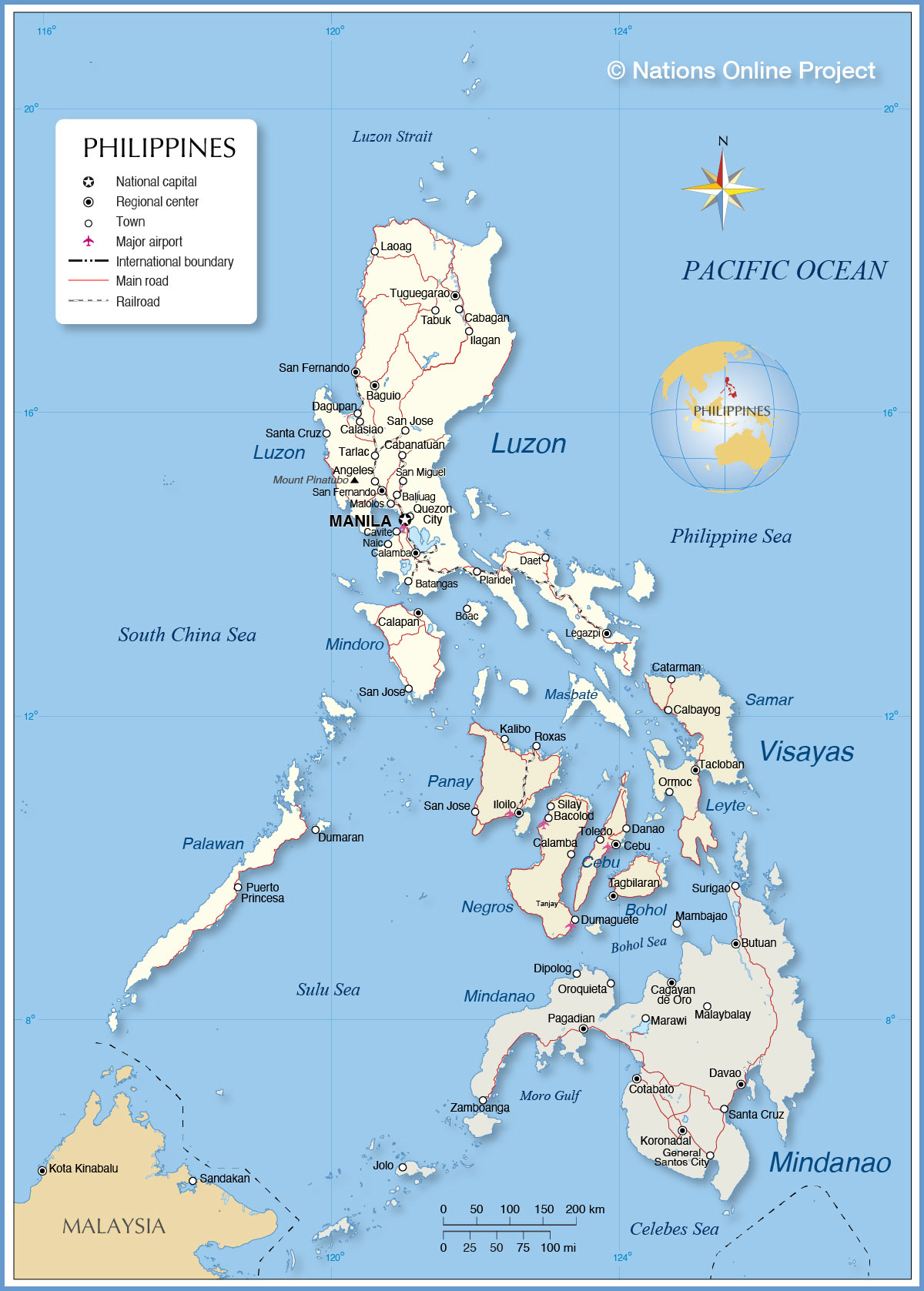 You are free to use this map for educational purposes, please refer to the Nations Online Project. 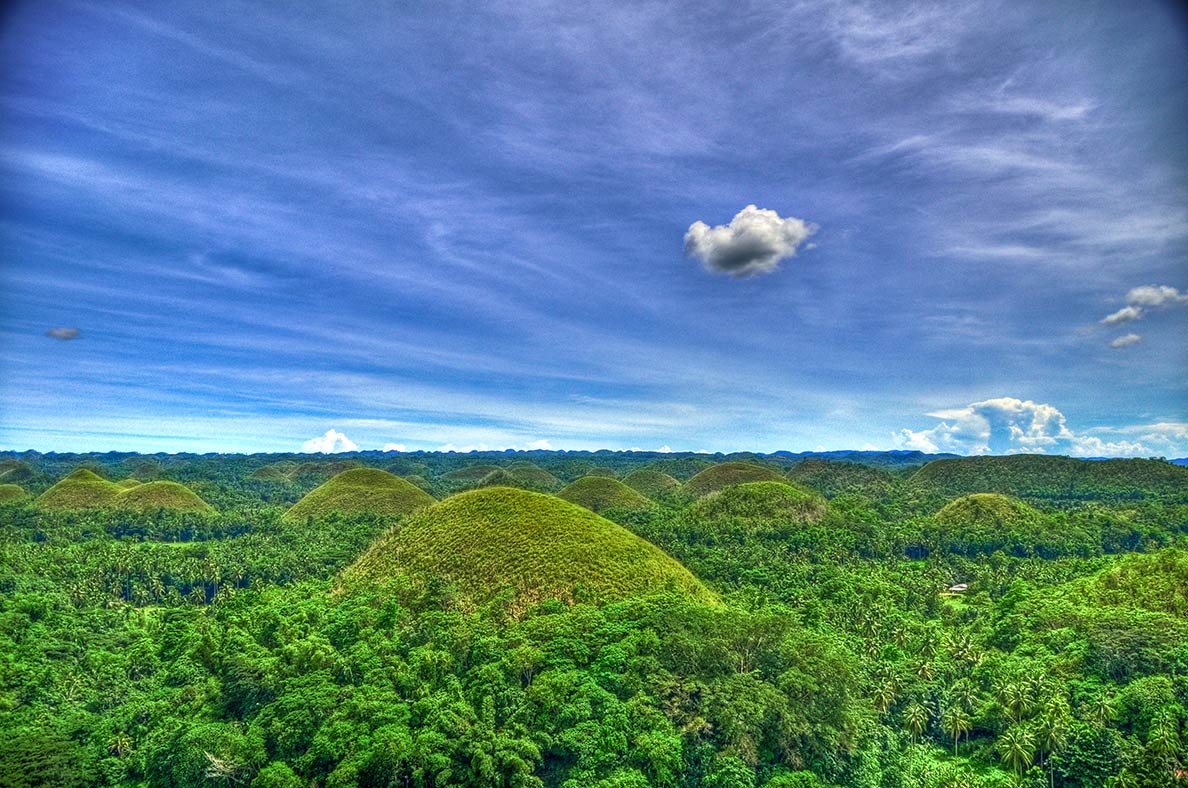 Cities and towns in The Philippines:

The map shows the location of following Philippine cities:

Satellite View and Map of Manila

History of the Philippines