View of the giant Caldera of white-plumed Mount Bromo and Mt. Semeru (in the background) and the cinder cone of Mount Batok in the Bromo Tengger Semeru National Park in East Java.
Image: Wilisantoso 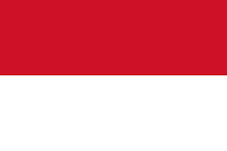 The map shows the islands of Indonesia, officially the Republic of Indonesia, since August 1945 an independent island nation. It has land borders with Malaysia (on Borneo), Papua New Guinea (on the island of New Guinea), and Timor-Leste (on Timor island); it also shares maritime borders with Australia, India, Palau, the Philippines, Singapore, Thailand, Vietnam, and China (due to Chinese claims at the Riau Islands). 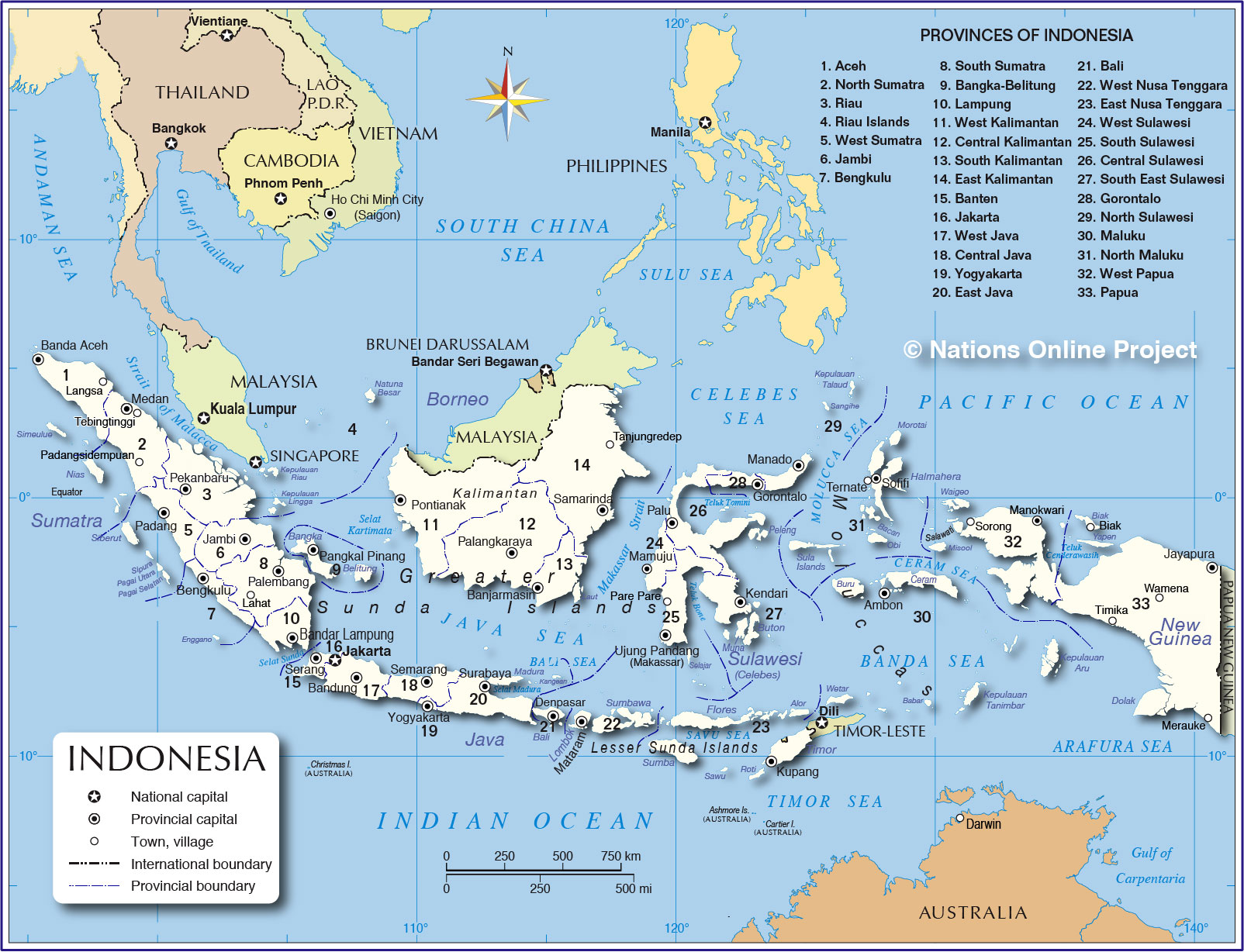 
Sumatra
Sumatra is situated south of Peninsular Malaysia; it forms the extreme west of Indonesia. Sumatra is the sixth largest island in the world.


Kalimantan
Kalimantan is the Indonesian name for the island of Borneo.
Indonesia shares the island with Malaysia and Brunei.


Java
Java is one of the four Greater Sunda Islands.
The Indonesian capital Jakarta also lies on Java.


Sulawesi
Sulawesi is one of the four Greater Sunda Islands, situated to the east of Borneo.


Maluku islands (Moluccas)
The Maluku Islands are an archipelago in the eastern part of Indonesia.


Papua
Papua is the largest and easternmost province of Indonesia; the province occupies the western part of the island of New Guinea. 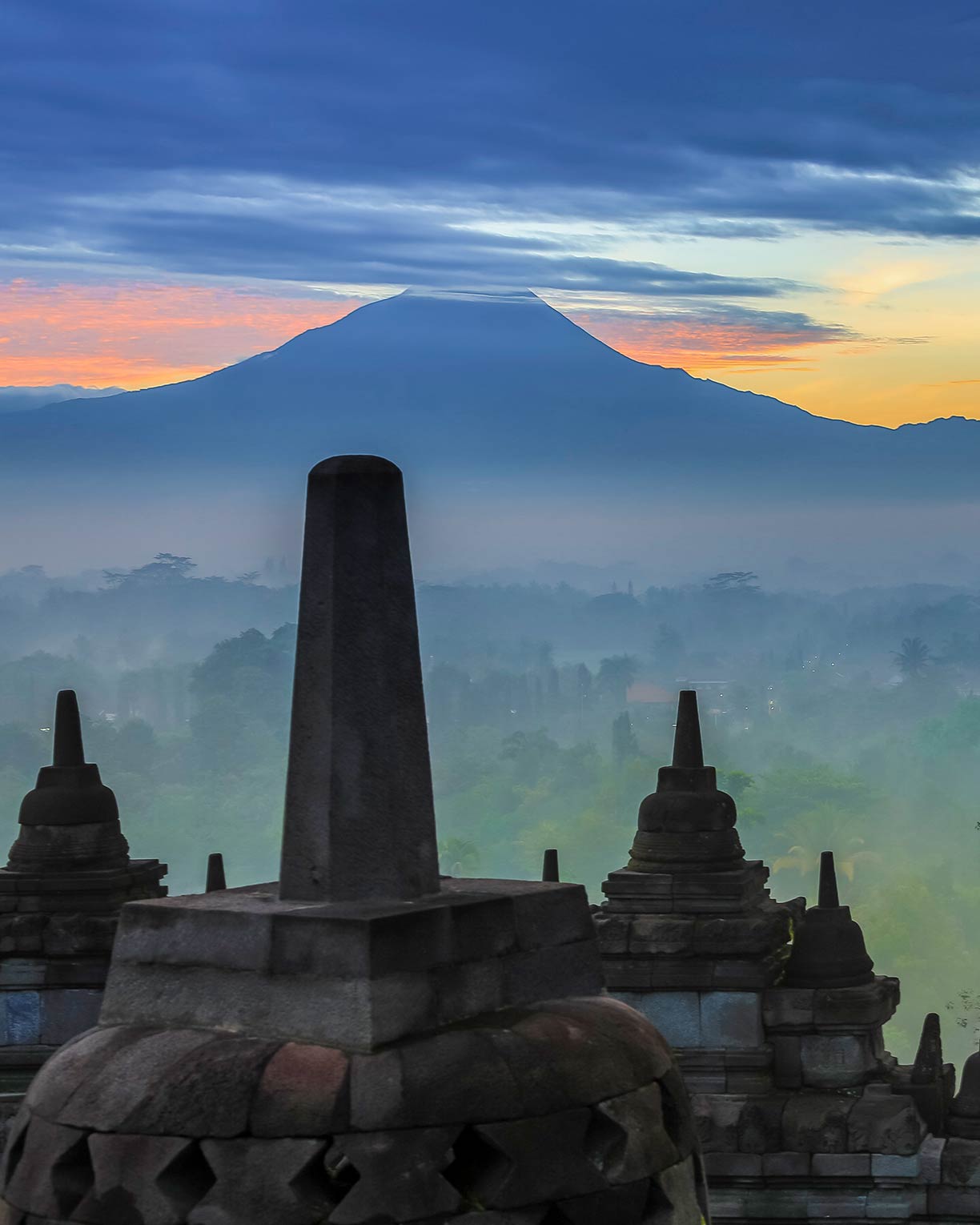 Indonesia is the largest archipelago in the world. The island nation is scattered over both sides of the equator in Maritime Southeast Asia, between the South China Sea and the Pacific Ocean (in the north) and the Indian Ocean (in the south). Indonesia consists of more than 17,000 islands, many of them of volcanic origin. The largest islands are Sumatra, Java, Borneo (known as "Kalimantan" in Indonesia), Sulawesi, also known as the Greater Sunda Islands, and New Guinea. Most of the larger islands are mountainous, with peaks ranging between 3,000 to 3,800 m.

Indonesia is the fourth most populous country in the world with a population of 238 million people and hundreds of ethnic groups with more than 700 indigenous local languages. The country's largest city and capital is Jakarta.

The official language and the country's lingua franca is Bahasa Indonesia, a Malay based language. The main religions are Islam (87%) and Christianity (10%).


The island nation is known for its beaches, volcanoes, Komodo dragons, orangutans, as well as for its slash-burn practice which destroys rainforests and wildlife habitats and causes severe air pollution.

For almost 200 years, from the late 17th century onwards, large parts of the archipelago were ruled by the Dutch East India Company (Netherlands), a trade guild with quasi-governmental powers.
During World War II, Japan invaded the archipelago and effectively ended Dutch rule.

Satellite View and Map of Indonesia